Michel-Rolph Trouillot in his book Silencing the Past: The Power and the Production of History interrogates ideas about the history and pastness, demonstrating how positions of power silence certain voices from History. He points to how oppressive, destructive and inhuman interpretations of people of colour led to colonial powers not being able to imagine histories or a History that could be animated, directed and authored by people of colour.

The work of Kitso Lynn Lelliott also unpacks the philosophical and ontological constructions of race that emerged during European Imperialism, which resulted in multilayered tools and attitudes for ‘Othering’. One of the most important tool was that of hegemonic colonial languages; language as the foundation of these constructions, as well as what allows for these constructions to continue to have life. In this sense, Lelliott, similar to what Trouillot states, looks at pastness as a position as much as a temporal concept (Trouillot 1995: 15).

Her solo presentation of a multimedia body of work, titled I was her and she was me and those we might become, was born out her PhD research related to the perpetuation of the idea of “racially marked beings” and how this led to the erasure of knowledges held in diverse languages. This becomes more apparent when one thinks of language as more than sounds for communication. Language carries a particular imaginary of the world, a way to interpret the world and a way to describe the world. 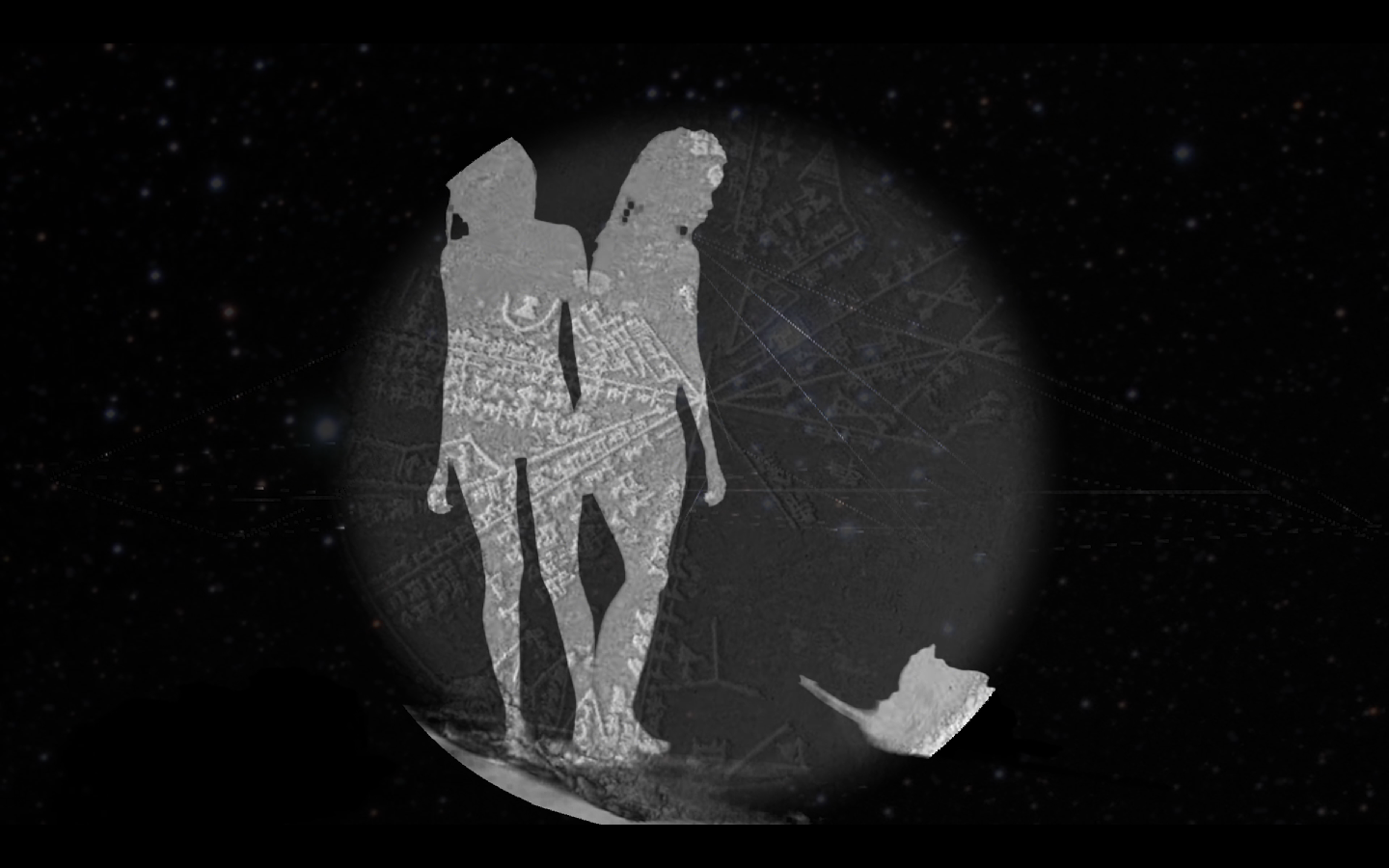 As a way to speak back to these dominant narratives, Lelliott uses the “language of the ghostly” to gesture towards the presence and absence of omitted knowledges and histories. This is incredibly powerful as it is a reminder of the conscious and active act of silencing, while simultaneously pointing out that the imaginaries, mythologies, memories and multitude of ancestral histories can never be silenced.

About her installation Lelliott stated that, “It is a gesture to reclaim an agency to articulate the narratives that make us, through dialogue that is always in flux, so they might produce a shape we see fit for ourselves.” In this statement we can directly see interest in voicing from spaces beyond epistemic power, as well as how epistemic articulation that pushes against hegemonic forms of knowledge identification and construction offers avenues to break down these hegemonic practices and knowledge hierarchies. This is particularly relevant in a time when we are thinking about decolonial practices and how they can be played out in real life.

“. . . But we may want to keep in mind that deeds and words are not as distinguishable as often we presume. History does not belong only to its narrators, professional or amateur. While some of us debate what history is or was, others take it into their own hands.” (Michel-Rolph Trouillot, Silencing the Past 1995: 153)