Da ideia a chama já consome / A crosta bruta que a soterra – The flame of the idea already burns away / the rough burying crust (from the third and fourth lines of the first stanza of the Portuguese version of ‘The International’ socialist anthem).

From a post located near the Santo Antônio Bus Terminal in Sorocaba these lines were expressed during the second iteration of Frestas. This mediation is indicative of the political pulse that pumps through the work of Rio based artists Gustavo Speridião. Working in a variety of mediums he expresses himself in collage, paint, drawing, sculpture, video and photographic offerings.

A practice that questions professional artistic craftsmanship, Gustavo views labour relations in the art sphere as political fact. A distrust is formed with the privileged position given to an artwork whose value he believes is merely speculative.

Black marker scribbles. Jumbled notes that seem to shout off the page. Lines pulled with ink, fade across the page and are filled in with text. A line fades to form a mountain. A circle is engulfed by black painted lines starting and ending on different parts of the paper. Crosses. Unidentified objects. Montages with words such as “kill”, “serial”, exclamations and capitals. Ink, paint, collage, image, taped, splicing, writing and mark making onto and into historical images, images pulled from art history.

His palette pulls from Russian constructivism in more than just the past visual element. His canvases are characterised by fresh paint, even dry they still run conveying a feeling much like a mural marking. Civil disobedience marks Cartazes de agitação (Posters of Agitation) and Cartazes ginasiais (High-school Posters). Lines revealing his revolt against the history of art, schools and institutions.

What I want is words filled with fire and with rage. – ‘The Enemies’/’Os Inimigos’ 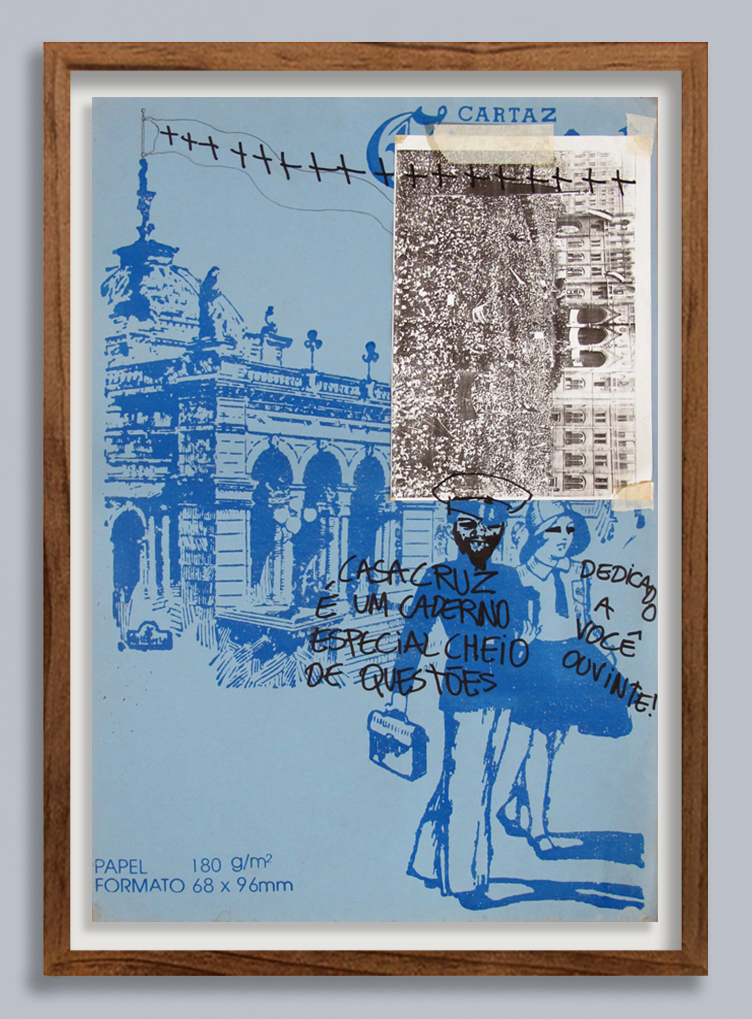 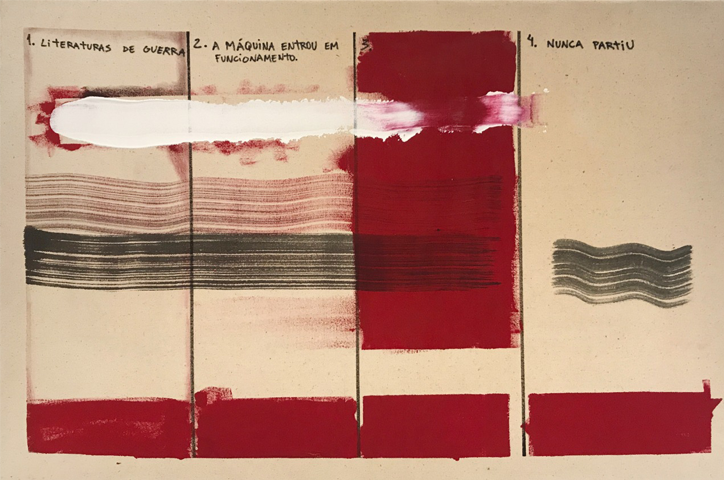 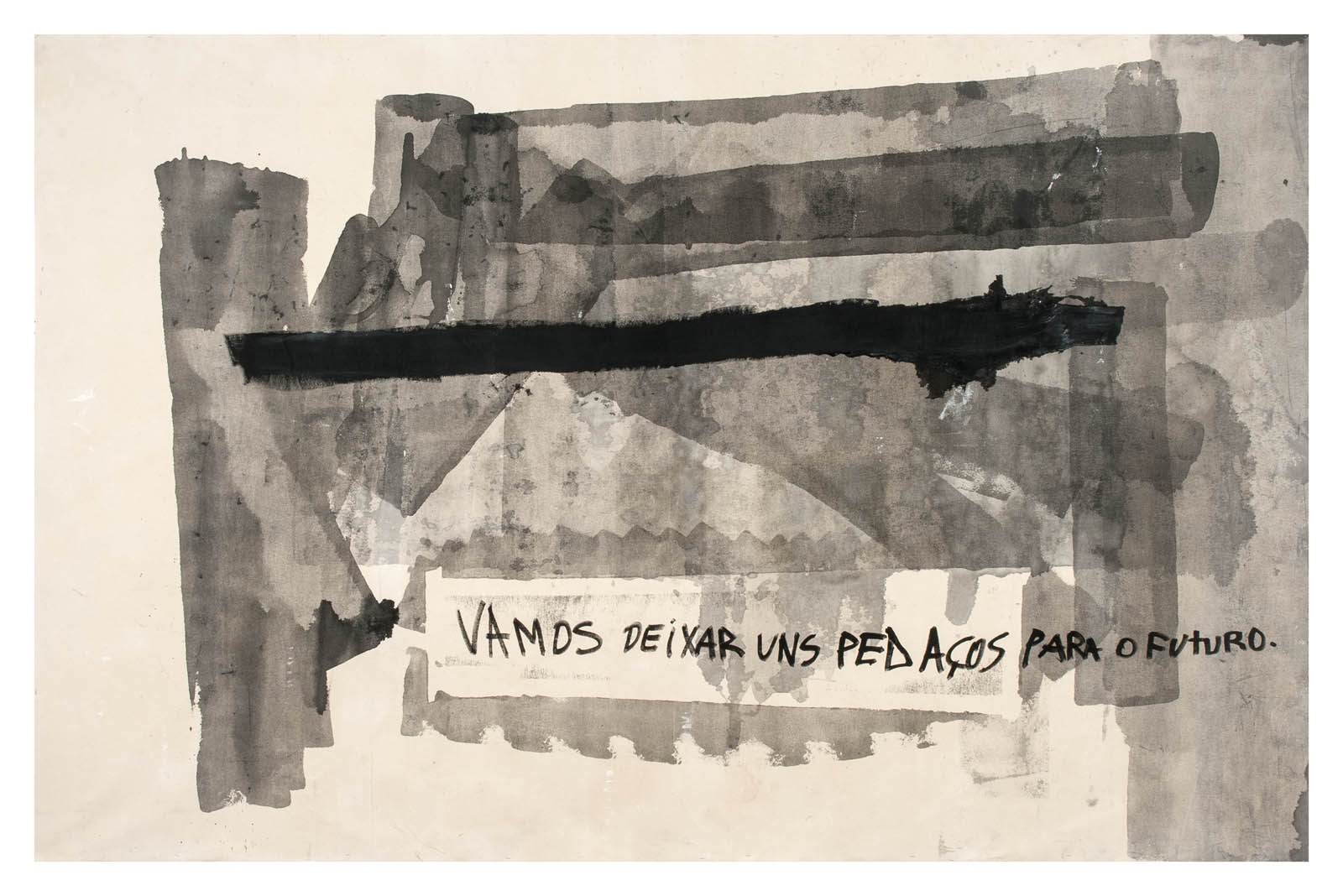