The head serves as a mirror of the whole history of art: its significance and the way it is represented have changed constantly over the ages. One wonders what in fact, after the combined ingenuity of centuries, is left in the subject for contemporary artists to explore, since the head was so radically reinvented during the last century that at one point, it vanished altogether into the white heat of abstraction.

When I first saw Ruth Ige’s paintings two things pull me in — black featureless heads and an abundance of the colour blue. Roundish forms seem to hold your gaze, quickly releasing it as everything becomes nothing again.

I immediately think about art historian Michael Peppiatt…and later think about Donald Judd and the radical Sudanese art collective, the Crystalists who asserted that “the possibilities of the nature of colour presented before us at any given moment are not final, for the colours of nature are limitless.”

The Crystalists elaborated further that “blue, for instance, can exist in an area as wide as the sea, or it can cover just one millimetre. This leads us to unequivocally assert that colours exist in nature in limitless forms and possibilities: each colour has limitless tonalities, the number of colours in nature is limitless, and the relationships among colours are limitless.”

Ige’s paintings are not specifically about heads or the colour blue, but both elements are unmistakably palpable. She is exploring portrayals of blackness through blending abstraction and figuration. The work is fluid and lingering — a liquid and painterly blackness articulated through varying shades of blue.

In a conversation about colour, John Berger and John Christie meditate on blue as a sad yet powerful colour, noting;

…blue is memory and nostalgia, but blue is also effrontery and impudence. And this is what I love about the color. The most expensive of colors. Blue is prize. No public one. Intimate prize. Blue says: outrageously and absurdly: I am yours or you are mine! And no other color can judge us. No simple color can judge jewel. There’s an impromptu by Schubert which talks of this. And Charlie Parker became Bird because he knew about blue.

In the exhibition text to his 2020 show at Ben Brown Fine arts, curator Michael Peppiatt asks the question, What is Head? He later points us to “the head perceived as the prime vessel of human life, the nerve centre and brain box that controls us and everything we do” and as “the centre of the universe, as well as in the long term its circumference.” It is not surprising then that Ige’s heads or portraits of heads are so intriguing and alluring.

Lately, I find myself obsessed with colour, particularly its deconstruction as a critical component of artistic practice. French painter Raoul Dufy believed that “Blue is the only color which maintains its own character in all its tones… it will always stay blue; whereas yellow is blackened in its shades, and fades away when lightened; red when darkened becomes brown, and diluted with white is no longer red, but another color – pink.”

And of course, blue retains a certain allure both artistically and in quotidian contexts; feeling blue, have the blues, blue funk. For minimalist Donald Judd, the main aspects of art could be reduced to material, space and colour, where colour is a composite containing both negative and positive elements.

In the painting Amongst the winds and waves (2019), the blue is pale and washed, creating a sense of depth and bottomless time and space. In a statement published by the art gallery SPA_CE, the Nigerian born, New Zealand-based painter notes; “I’m interested in creating images that are not easily understood. Where there is this sense of being outside of a specific space or time. Where past, present and future collide and are coexisting within the same space.”

Ige also points to a slowing down and focusing in, which is visible in works such as All is well (2020) and The Vastness (2019) in which softness pulls from the middle of the image through a tonal shift. Ige’s paintings are dreamy and seductive, but they are also unsettling….perhaps because they are boundless and therefore oceanic.

They are oceanic to the extent that they inspire oceanic feeling, described by French novelist Romain Rolland as “a mystical feeling that enables one to commune with the universe”. The work navigates voids through abstraction and figuration while its melancholic allure is deepened by a simultaneous fullness and emptiness — where absence gloriously opens itself up to possibility. 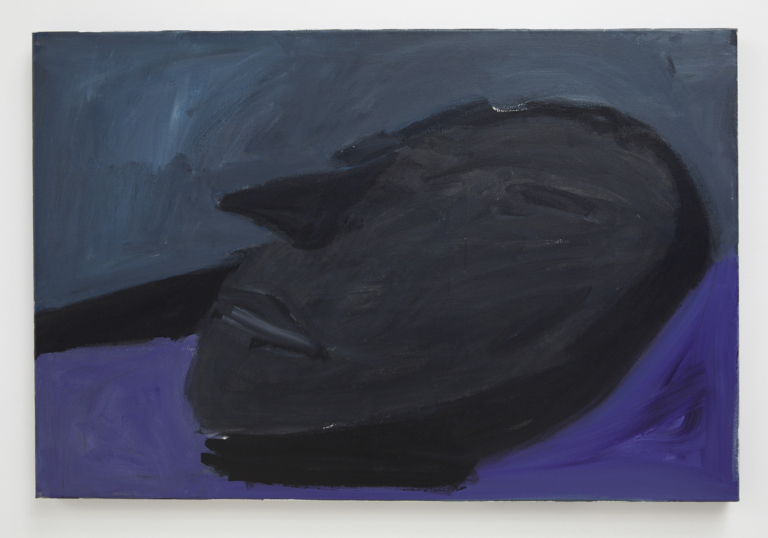