Tinyiko Makwakwa’s work is interesting in this regard as she looks past this dialogue altogether to explore the pre-colonial. Her textile and fibre practice looks to techniques and crafts that are centuries old and predate our interactions with colonialist settlers.

Her Kalashnikov exhibition, Cosmos & Community, is an extension of her research and experimentation into botanical dyes, Earth pigments, historical cloth making and needlecraft. The works are heavily influenced by her Van’wanti heritage, as well as historical African traditions and thought around cosmology. 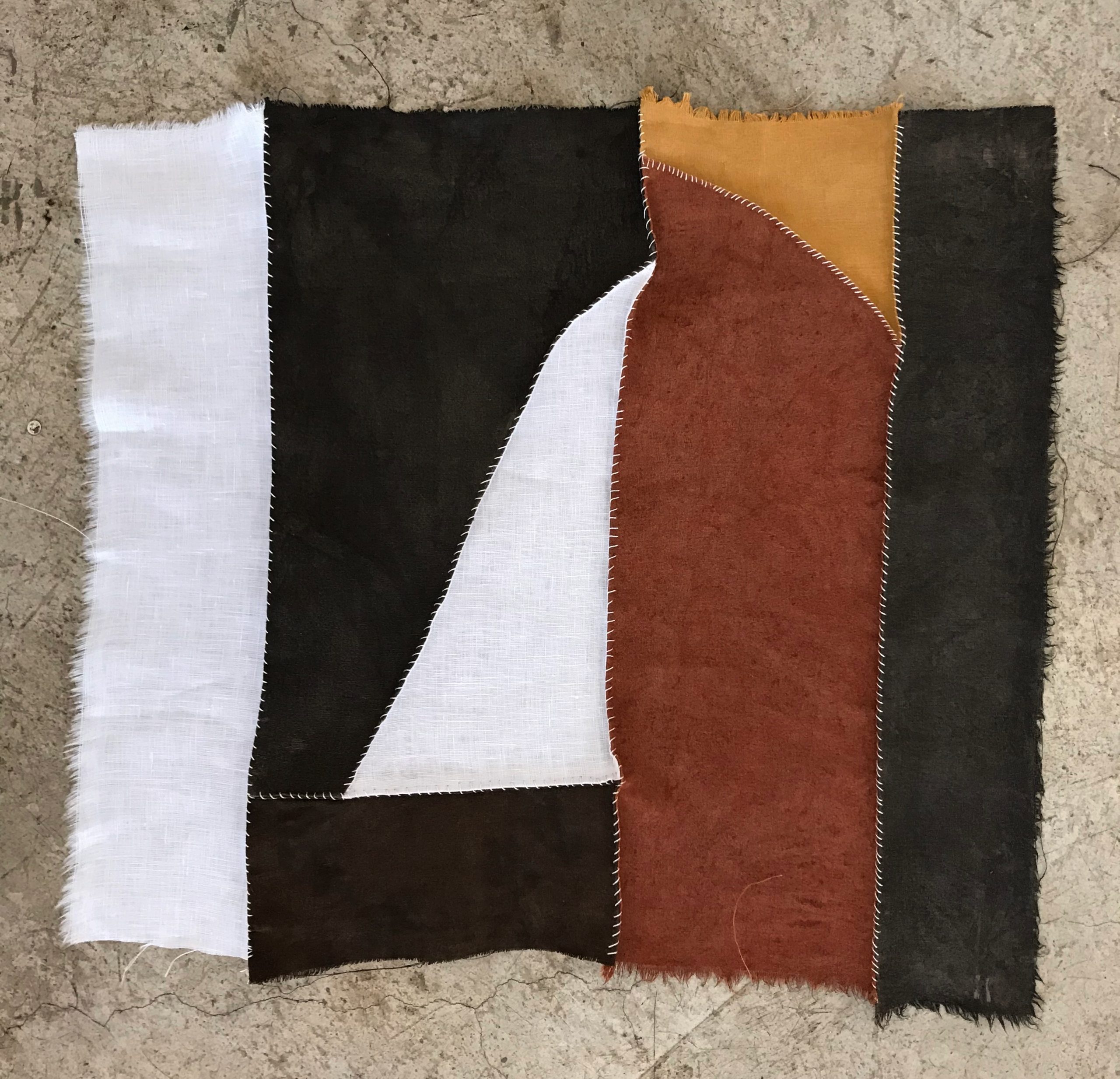 It’s interesting that her work, an exploration of home and history, began during a period of ennui after she’d quit her job at Topshop a few years ago. She returned home to Limpopo and spent a few months travelling with her anthropologist cousin, throughout Limpopo all the way to Swaziland, researching craftwork.

It was here she would begin to learn about the traditional artisanal crafts of weaving, pottery and needlework. The exploratory trip would end and Makwakwa would return to the working world, this time to Kwazulu-Natal where she was able to spend her weekends in Zululand North with women continuing age-old practices of those same crafts and cloth work.

Today, she has her own studio where her practice is a constant exploration of the past. “Nobody has documented the precolonial work, in terms of art and fashion,” she notes. She makes sure to add how difficult that information is to obtain. A lot of it has been lost to time or the sharing of information didn’t fit Western archival practice. “I got lucky with my cousin being an anthropologist.” Makwakwa states. 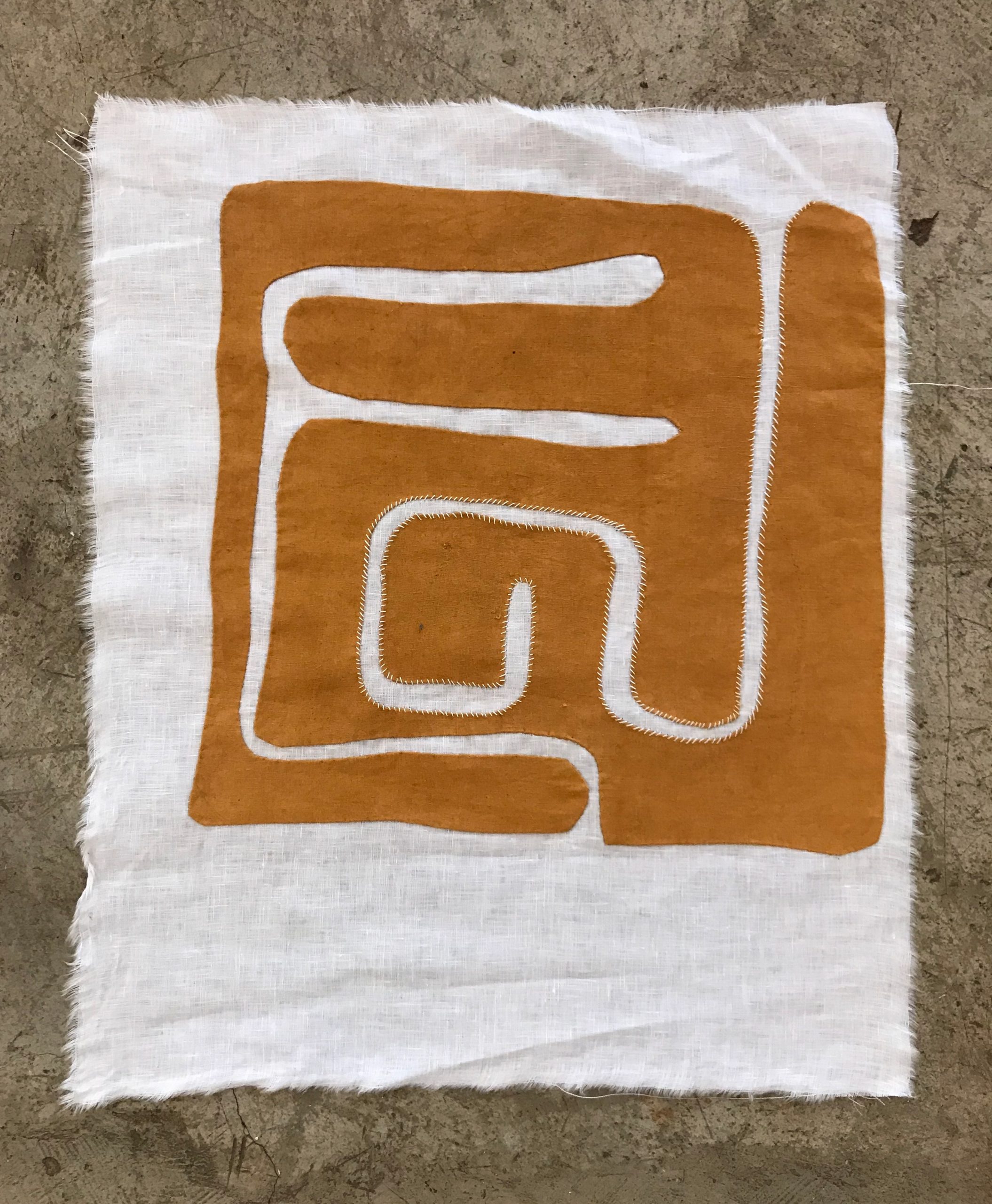 One of the ways she goes about her research is working backwards. All of her work is made up of plant-based dyes, a practice she’s traced back centuries to the Mali people. “Plant-based dying follows the same principles of pigment dying,” she says. “People in Mali have been doing this for centuries, for ages, so for me, it would make sense that that technology was around when our ancestors were around and that’s how they dyed their cloth.” In this way, Makwakwa also works with barkcloth, stitched together with sisal, as would’ve been done historically.

Her research has found that barkcloth predates woven cloth and as such, there’s reason to believe her ancestors would have been working with a similar medium. As a Tsonga woman, colour plays a pivotal part in her artwork.

She speaks of how VaTsonga people are known for their use of bright, saturated colours but working backwards she realises that the greens, purples and reds are a postcolonial invention. “The colour green, which is the most difficult colour to get as a botanical dye, wouldn’t have existed in the landscape. Even the purples and reds, they’re not there,” she says. 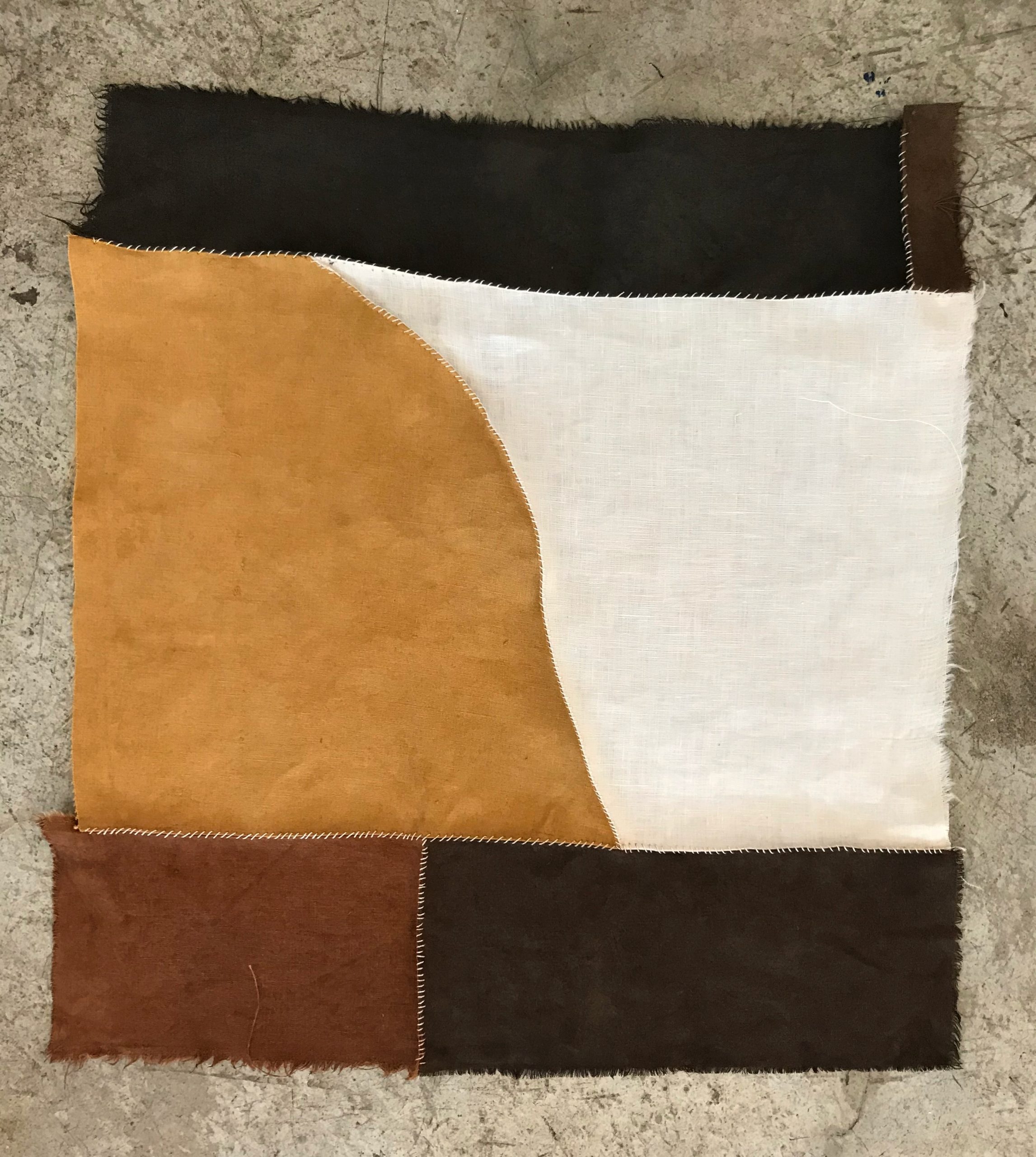 Makwakwa looks at what the indigenous plants would’ve been before colonisation, many of which don’t exist today. What has remained constant is the reds, browns and yellows of the rocks and sand. “A lot of the plants we have [in Limpopo] are alien. Mangoes, avocados and sugar cane are all alien plants.” And even though we accept these as typical of Limpopo flora now, this is another case of how warped our landscape and understanding of our identity has become in the postcolonial gaze.

Makwakwa looks to the Omo Valley as evidence of this, The tribes of the Omo Valley haven’t suffered the same interactions with colonisation and their colour palettes remain in earthy shades of brown, orange, yellow and white.

This offers a stark contrast to the “traditional” textiles like shweshwe which come to use in indigos and bright greens. Though Makwakwa mentions that indigo dye has roots in Africa, only becoming cultivated in India. 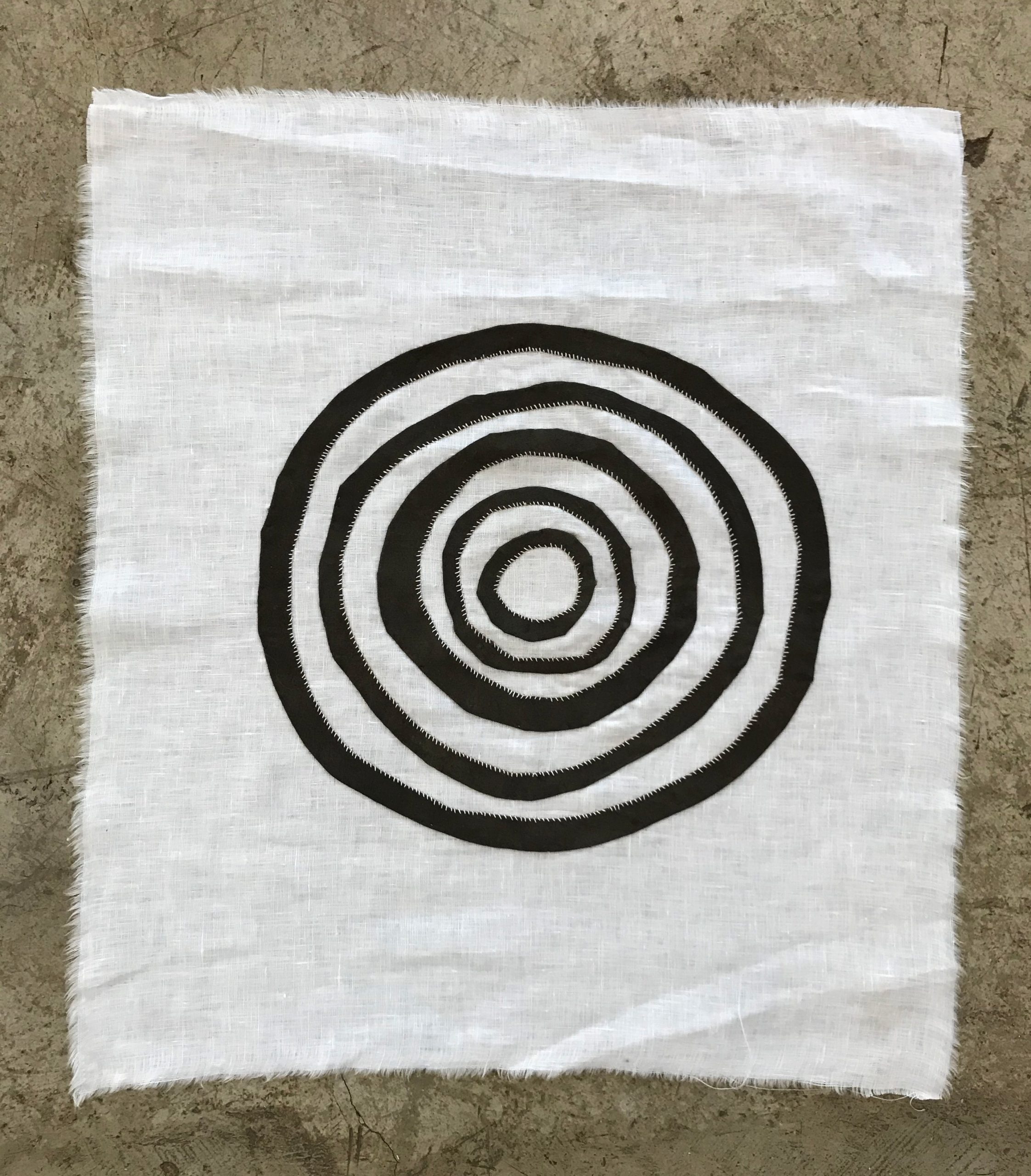 Travel and cultural exchange were a part of the old worlds and even in the ‘false’ self of shweshwe, some of the true self still remains. Makwakwa sees this also in the landscape of Johannesburg, where the brick and stone of the skyscrapers speak to this historical colour palette. Even as things are lost, we still persist through time.

The stereotypical bright colours of her people still speak to her art and practice. The Cosmos & Community artworks are all done on white linen, which she’s chosen as it speaks to the ideas of pride and self-love she sees in how brightly and colourfully Tsonga people adorn themselves.

In the same way, white linen evokes ideas of great personal care – “when you’re wearing white linen, you’re careful not to get dirty” and once more, the true self persists. As she says, “That’s where our indigenous ingenuity exists.” 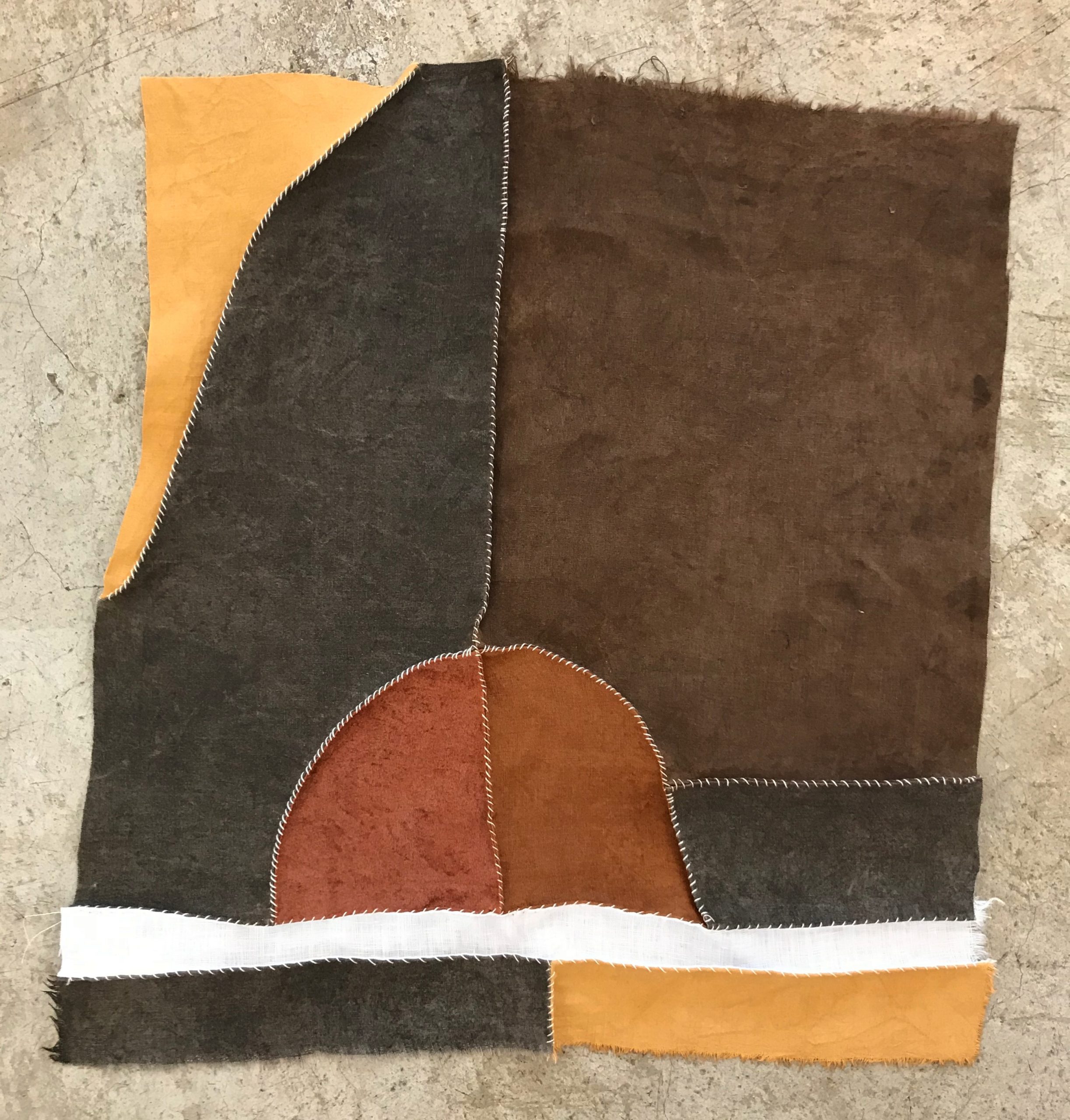