Kalashnikovv Gallery founded by M.J Turpin and Matthew Dean Dowdle has been one of the key institutions in Johannesburg’s art ecology since 2013 – located in Braam and just a jump of the road away from one of the city’s institutions of groove and Gomorrah, Kitcheners. Defined as a gallery that functions both as a commercial art space—as well as a project space for experimentation with an ethos of socio-political engagement and accessibility—it was established by the pair “in direct response to the traditional white cube gallery system by envisioning an alternative operational model for the visual arts”. On the 14th of July 2020 Kalashnikovv launched its new website, a transition from kalashnikovv.co.za to .com and a move which as stated by the gallery, is aligned with a more international approach to representing their artists and the way in which art from the African continent and its Diaspora is positioned in the global market: “as the art world takes a temporary move away from physical exhibitions to embrace new digital platforms we have felt that this would be the perfect time to re-imagine our online presence”. International, is one of those illusive terms that has come to have symbolic association with the Global North, although the meaning of the word itself is determined by the subject encountering it at the other end. Thus, what does international mean in relation to the website relaunch and its underlying philosophies? Is it an attempt on Kalashnikovv’s part to align the gallery’s structures of representation with modes that appeal more to the art markets, aesthetics and consumers of the Global North or is it used to signal at the move to imagining and working in the digitised sphere, which is not governed by the politics of geography? Essentially, along which lines do they envision their working parameter of international?

The move to a dot.com web address as opposed to a co.za address was a considered change that we felt would help broaden the reach of our online presence in a number of ways. From logistical search engine optimisation through to perception based changes that allow art enthusiasts to stop thinking in regional terms, but rather approach what they see on our site without any preconceived ideas and thus by extension putting African art on an equal footing with the rest of the world and not some 3rd world after thought. In recent years the amount of interest in art from Africa coming from Europe, the Americas and Asia has increased significantly, which signals that African art platforms don’t need to push for this type of interest; the interest already exists. Instead of shouting from the rooftops that we are here, we are more focused on helping viewers from other continents contextualise what they are looking at and why it is important in relation to our specific art eco-system. We do see the internet as a more democratic space, yes the highly monetised platforms can always dominate and there is a lot of noise [however] there are is still a huge amount of information that comes directly from user experience and allows for a positive dialogue between galleries, art dealers, artist, curators and the public.

Explained Dowdle and Turpin in our engagement. Kalashnikovv currently represents a range of artists with emerging to established careers. The gallery and its staff work in conversation with these artists to build networks, exposure and foster personal growth through exhibitions, residencies and exchanges. The Wreck Room and Collectors Incubator are two additions to the website that reflect Kalashnikovv’s institutional character of doing art from the place of something new. “The wreck Room was originally designed as a content channel to show an emerging artist’s practise to the public through a series of studio-visit style videos”. The channel was put on hold in 2017 and has been reimagined “as a way to showcase emerging and established artists as well as young art collectors and curators through video interviews”. More exciting than the Wreck Room—on a personal note—was the Collectors Incubator, in a country where access to and participation in the art market is highly racialised due to our political and socio-economic H/histories – the creation of a platform that facilitates the sale of affordable artworks from emerging and established local artists makes some room for the possibility of participation in South Africa’s art economy from new sectors of society. 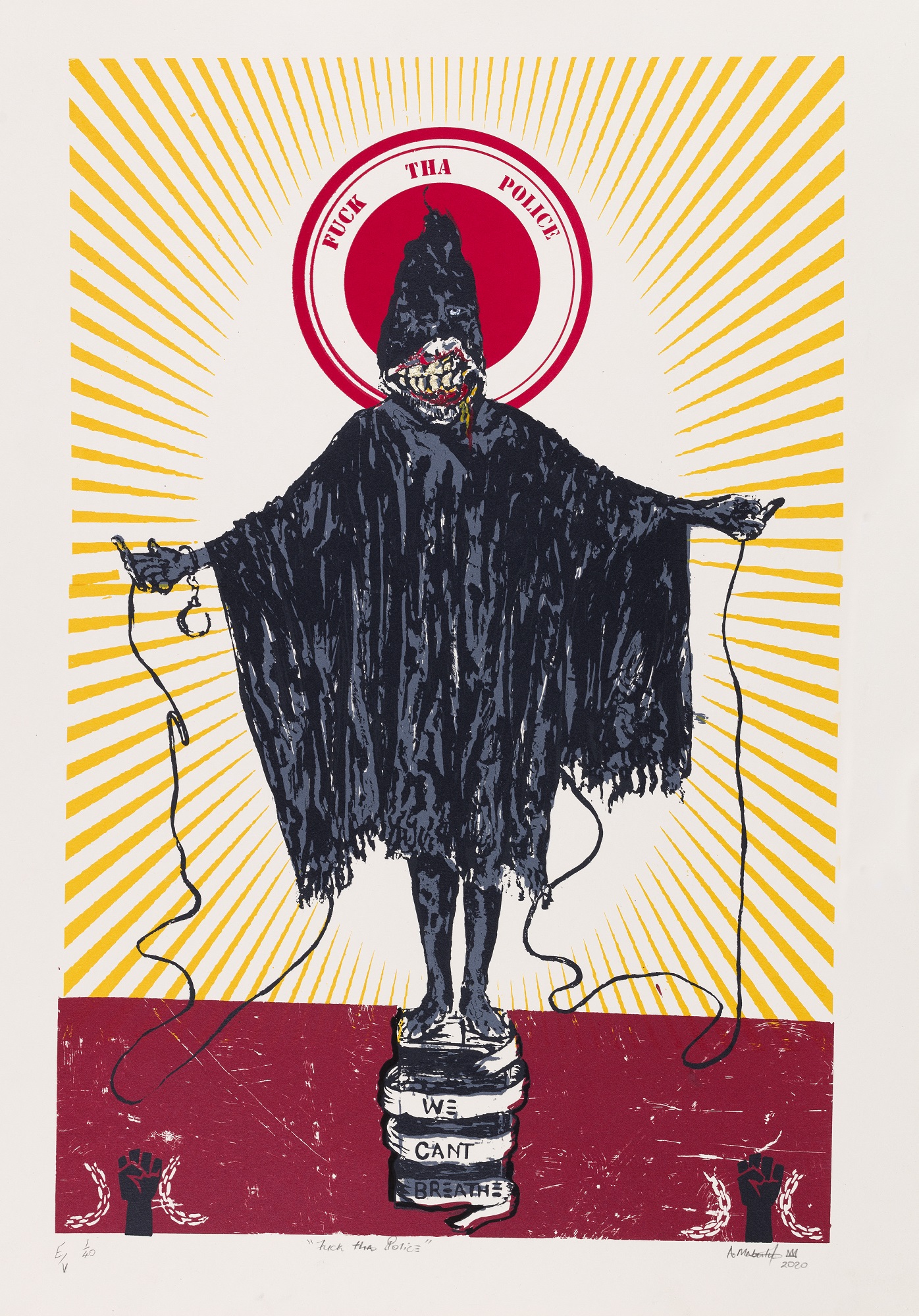 Part of the gallery’s press release talks about the new colour scheme of the site – an inversion of the previous site, moving to a black box aesthetic from the prevailing “white cube” aesthetic and gallery discourse that is synonymous with the upper echelon of the visual arts sector. I found myself suspicious while reading this along side mentions of Ayanda Mabulu’s first ever print artwork titled Fuck tha Police, going on sale exclusively though the new website in conjunction with its relaunch. The artwork in question also contains the slogan “we can’t breath” referring to recent [but also long spanning] systemic and state sanctioned genocide on Black peoples across the world. The work of Black radical thought and protest has been and continues to be coopted time and time again – diluting and commodifying its radical politics in the process. Just recently we witnessed a standing ovation worthy performance of white alleyship in relation to the global Black Lives Matter Movement. With many a thought in my mind, I posed these questions and provocations to the pair along with questions about how the politics implied at, in the chosen language for the site relaunch manifests itself in their institutional practice?

The statement about moving away from the digital white cube to the black aesthetic was a purely visual reference that describes the inversion of the digital colour scheme. However in our gallery about section we do always talk about challenging the prevailing “white cube gallery discourse” which is something that to us represents all the galleries that we, as young artists, long before operating our own space had visited extensively, both in S.A and abroad, where we had been made to feel either out of place, excluded or demeaned in; purely because we were not “collectors” or “important” to that space/business and – by extension the so called art world. This type of socio-economic othering is commonplace in galleries who are generally about their bottom line more than the engagement factor between the viewer and artwork. This feeling combined with our general sense of creative rebellion informed our ethos as we launched our space 7 years ago. Our attempt to challenge the way that gallery spaces are perceived has a lot to do with the user experience of the average non-art buying person who walks into the gallery and making sure that person always has the opportunity to ask questions, engage on multiple levels and is treated as a valued part of the ecology, focusing on inclusion rather than exclusionary tactics. From there we try to build on that notion of accessibility at every level by being more aware, more sensitive and ultimately bridging the gap between what an artwork is expressing and the people that are trying to connect to that idea.

I don’t think the new website was intended to or can change much in the day to day structure of our business at the moment, it was simply intended to be a better way to communicate and expand upon the ethos we are committed to and have been implementing since the very beginning of 2013. For us, challenging the power structures that are prevalent in the art industry and many other creative industries has always come naturally and consistently to us from the get go and not an “on-trend” corporate co-opting as you mentioned. On a global level this year has seen so much progress in dismantling prejudiced systems, but it is sad to see how so many corporates, institutions and governments have not been able to understand this need for change and the work that goes into it. The recent sculpture debate in Bristol surrounding the replacement of the Edward Colston bronze is a great example of institutional virtue signalling without understanding the depth of the situation. We encourage any entity trying to make changes especially in the art sphere to look at that example before committing to a course of action. On the individual side, especially as a white gallerist, I really l agree with what the artist Banksy said in regard to George Floyd and Black Lives Matter Movement; “At first I thought I should just shut up and listen to [B]lack people about this issue,” Banksy wrote on Instagram. “But why would I do that? It’s not their problem, it’s mine. People of colour are being failed by the system. The white system. Like a broken pipe flooding the apartment of the people living downstairs. The faulty system is making their life a misery, but it’s not their job to fix it. They can’t, no one will let them in the apartment upstairs. This is a white problem. And if white people don’t fix it, someone will have to come upstairs and kick the door in”. 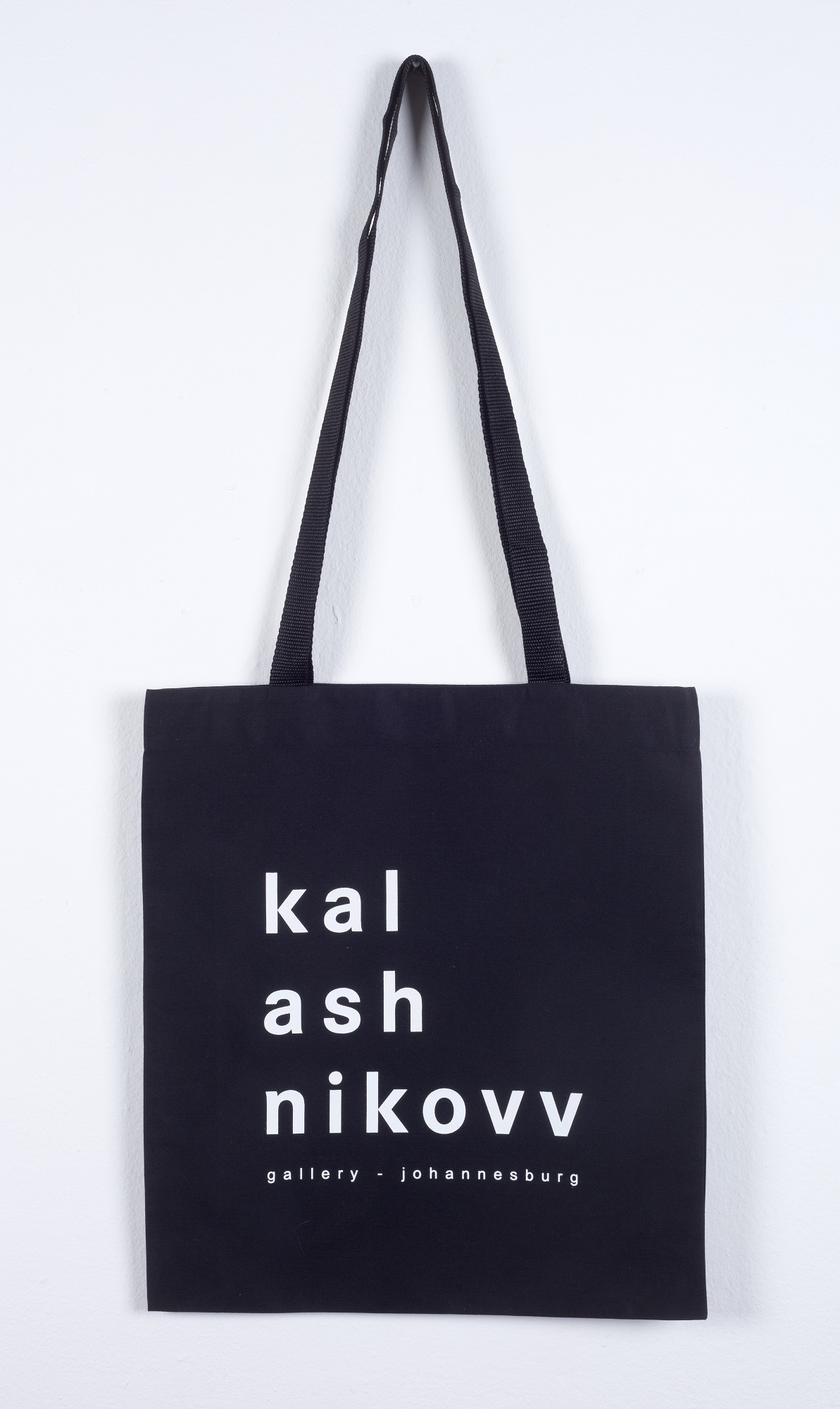