Lianca Heemro is a trans-disciplinary artist from Cape Town. Her work is centred around past and present socio-cultural as well as socio-historical issues as they relate to Coloured identity in a South African context. Lianca works specifically with the lineage of memory from a this aforementioned view point. In her work, we see connecting elements that speak to apartheid, colonisation, slavery as well as Coloured histories and heritages as they have developed in the country. She views her practice as a form of self-learning which continuously grows. In her engagement with her cultural identity, Lianca begins to mend as well as to address issues relating to personal and national identity. This process has not been easy, as many resources that would allow such an engagement have been erased on a nation-wide scale. Thus instead, she makes use of fragmented histories in her practice, bringing them to the surface all in the hopes of establishing a discourse. 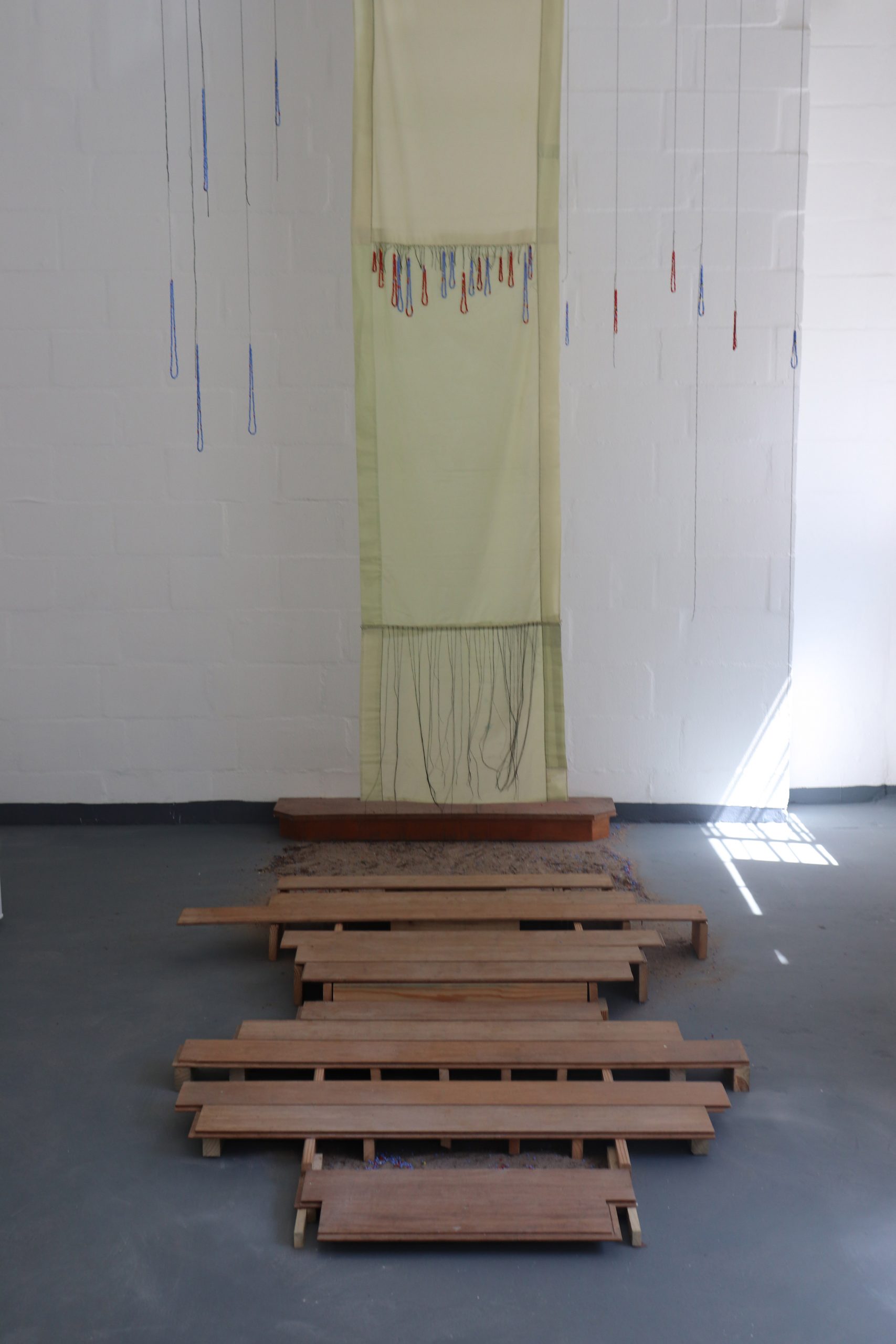 Not bound to a specific medium, Heemro is drawn to creating “immersive experiences/ feelings/ interactions”. Her work speaks to both the sculptural as well as the performative. As she explains, “I work a lot with symbolism and references in my art practice generally, for example: modes of tradition through dress, beadwork/ cultural tradition, language, form/ shape…”, wood, fabric, beads, glass, sand, fish gut, thread–are some of the elements the artists uses for her sculptural work. Another facet of Lianca’s work takes the form of performance which is often recorded in a low-fi style. She refers to this as “documenting an experience”, continuing to add that “…essentially, the meaning [is] usually based off my intrigue [of] a digital device and the agency I know I have over how I can use the device and record/ document a story/ idea/ process.” 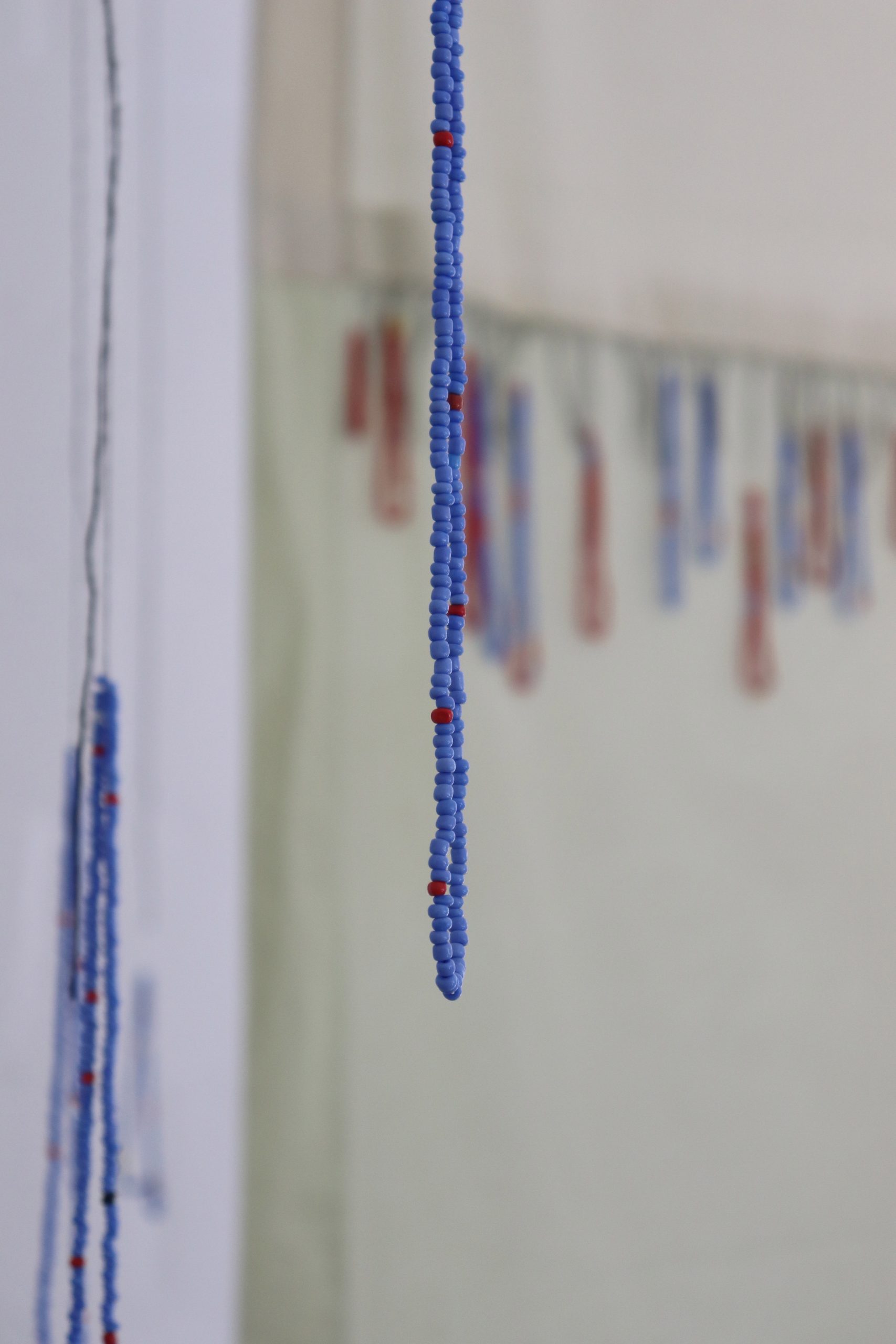 Explaining her practice in more detail, Lianca shares:
“Being a Coloured woman myself, not understanding that side of my identity fully when I was young, it has been liberating to have learnt what I have so far. I really just always strive to understand the full picture of Colouredness historically, and then- to tackle upon its memory linage from up until the contemporary age.”
In her work she highlights – thus acknowledging, those who are seminal to her process such as Coloured South Africans and other P.O.C Africans.

“The element of Acknowledgement is fully [present] within my art practice. When I speak of ‘histories’ and ‘heritages’, it is because I am aware of how densely integrated Coloured homogeneity can be considered today – though historically this was a different case. My personal opinion of this integrated homogeneity is that it is shadowed by its own truth. The truth being that, almost three centuries ago there were so many specifically and distinctively separate cultures (which make up Coloured heritage) that existed. That is why I acknowledge, that for Coloured South Africans there exists ‘heritages’ and ‘histories’. And because of their separate isolations in a foreign colony (The Cape colony), they related in solidarity and gradually over the decades had to converge into a singular identity: Coloured. There are many reasons for why this happened. It is definitely not straightforward – that’s what my art practice observes and recalls. I want to acknowledge this as the truth of Coloured South African heritages and histories”. 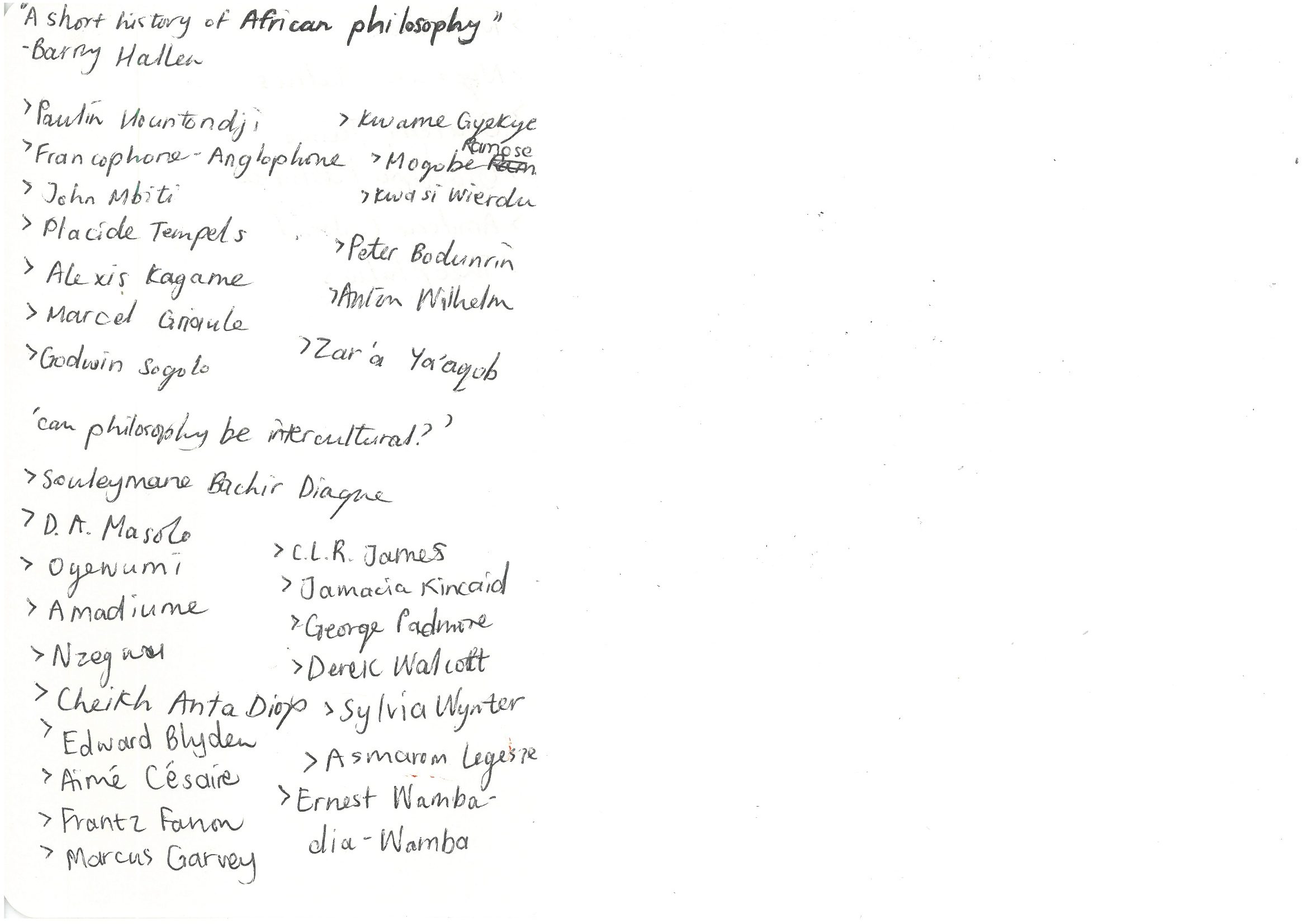