“Let us think the unthinkable, let us do the undoable, let us prepare to grapple with the ineffable itself, and see if we may not eff it after all.”

Scum Boy, is the award-winning short documentary film directed by Allison Swank and “made possible through the extraordinary generosity of Scum Boy. May his fearless self-expression light the way to the future”. Premiering in late January of 2021 and narrated through Oliver Hunter’s artistic work and first person perspective, the short film moves with Oli through his life in a mumblecore-like way. Scum Boy’s cinematic topography which is made up of an assemblage of candid confessional interviews, meets symbolic and cohesive visuals cues—all layered over Oli’s world-building 3D CGI creations, works to intimately visualise the life of the young South African, Jewish trans man attempting to live, love, create and find expression within the overarching national and global context of white, capitalist hetero-patriarchal supremacy and all of its abstracting tentacles. A filmic reflection of a mind filled with sex, satire and strangeness, and:

a love letter from a dauntless generation defined by its unparalleled sense of self awareness and acceptance—across many overlapping and often contradictory identities, beliefs, and values—as well as a remarkable understanding of, and connectedness to the world around them. These pacesetters somehow thrive in the face of a climate crisis, economic recession, water scarcity, job insecurity, and now even a global pandemic. 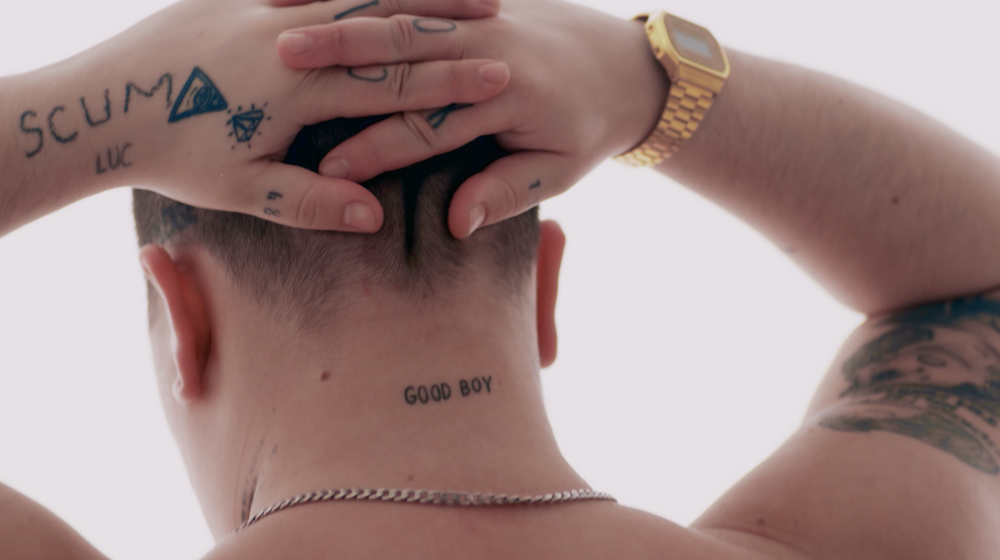 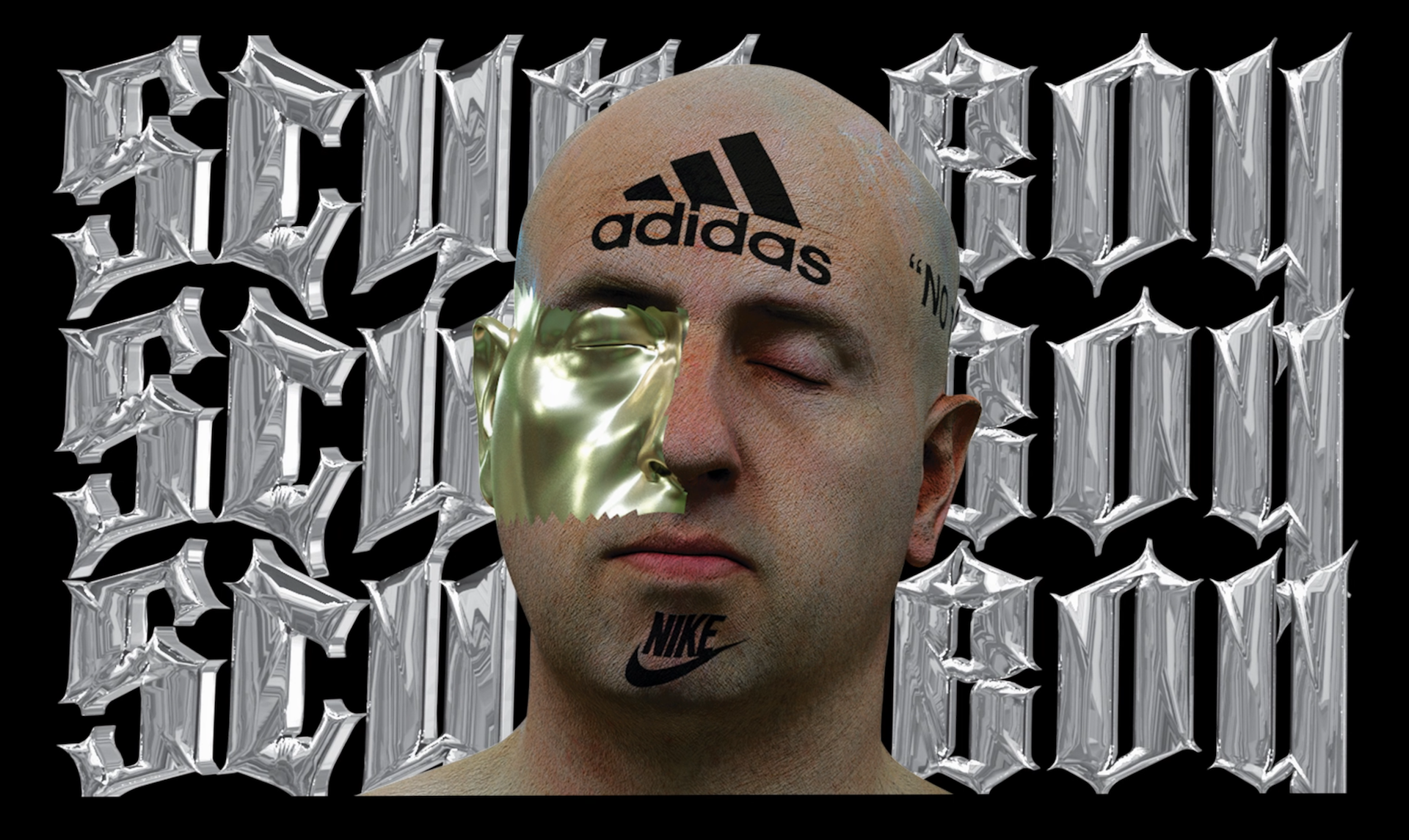 Based in Cape Town with work which has been exhibited in various galleries globally, Scumi mainly creates still renders for gallery exhibitions and prints. However, he also has a large body of video art. His art is centred around the human form and its interaction with the world using the principle of 3 dimensional art to warp reality into a world of his own creation. I think of Oli’s work and it leads me down a yellow brick road chewing on a mouthful of possibility; the speculative futures/histories/present, digitised “canvas” space of it; the many (non)realities one can imagine, reject, turn upside down and question with his chosen medium of his practice. In a 2020 article unpacking Scum Boy’s online practice by Keely Shinners for ArtThrob she writes:

I see Scum Boy’s work in the same camp as post-cyber-feminists like Juliana Huxtable or Tabita Rezaire. Not because they share an aesthetic, but because they recognise the digital as paradoxically liberatory and corrupt. Liberatory, because it allows for even the amateur to, in Scum Boy’s words, ‘imagine anything and then bring it to fruition,’ allowing creators to enact fantasies and envision futures alternative to oppressive realities. Corrupt, because those fantasies are more likely to be fetishised, commodified, and exploited before they are realised. 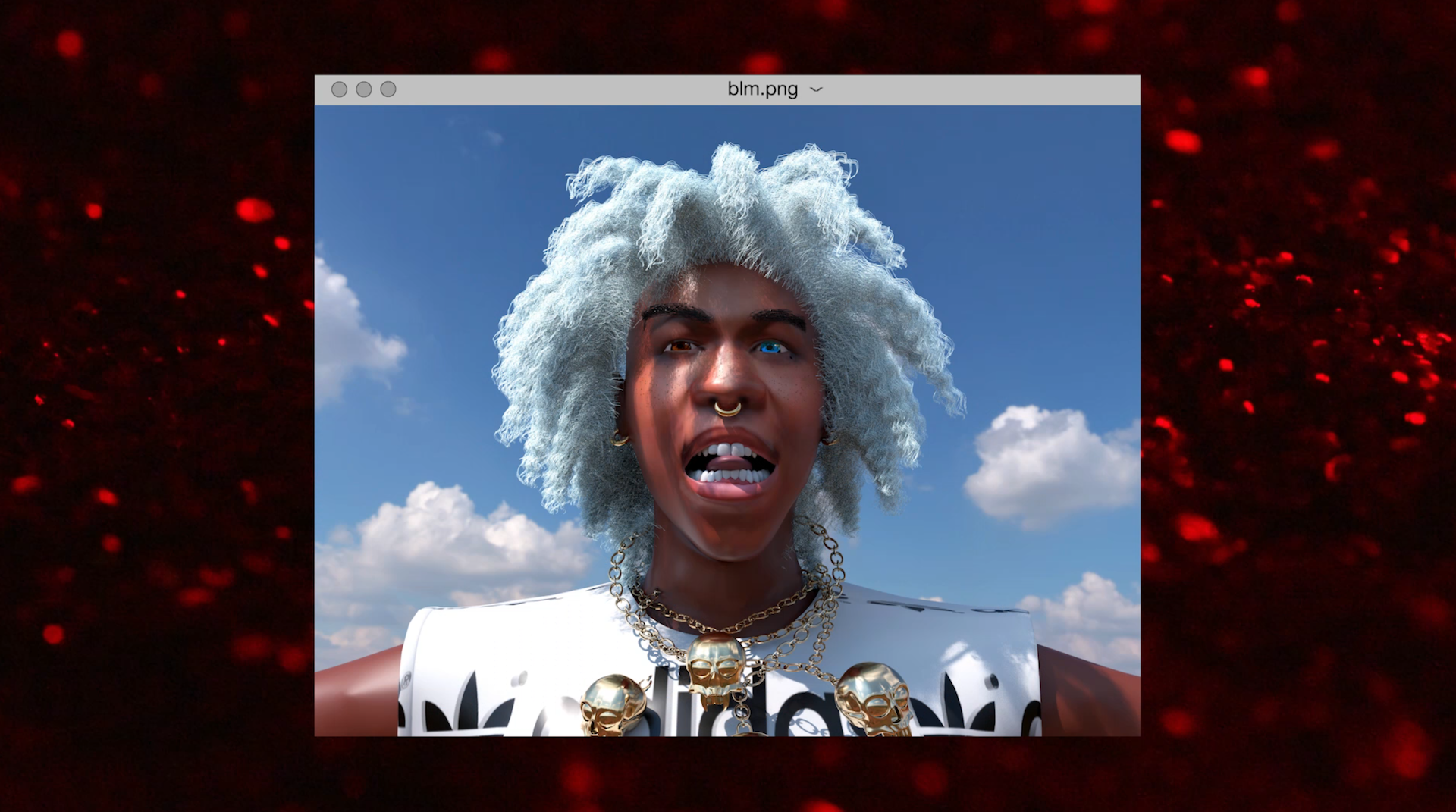 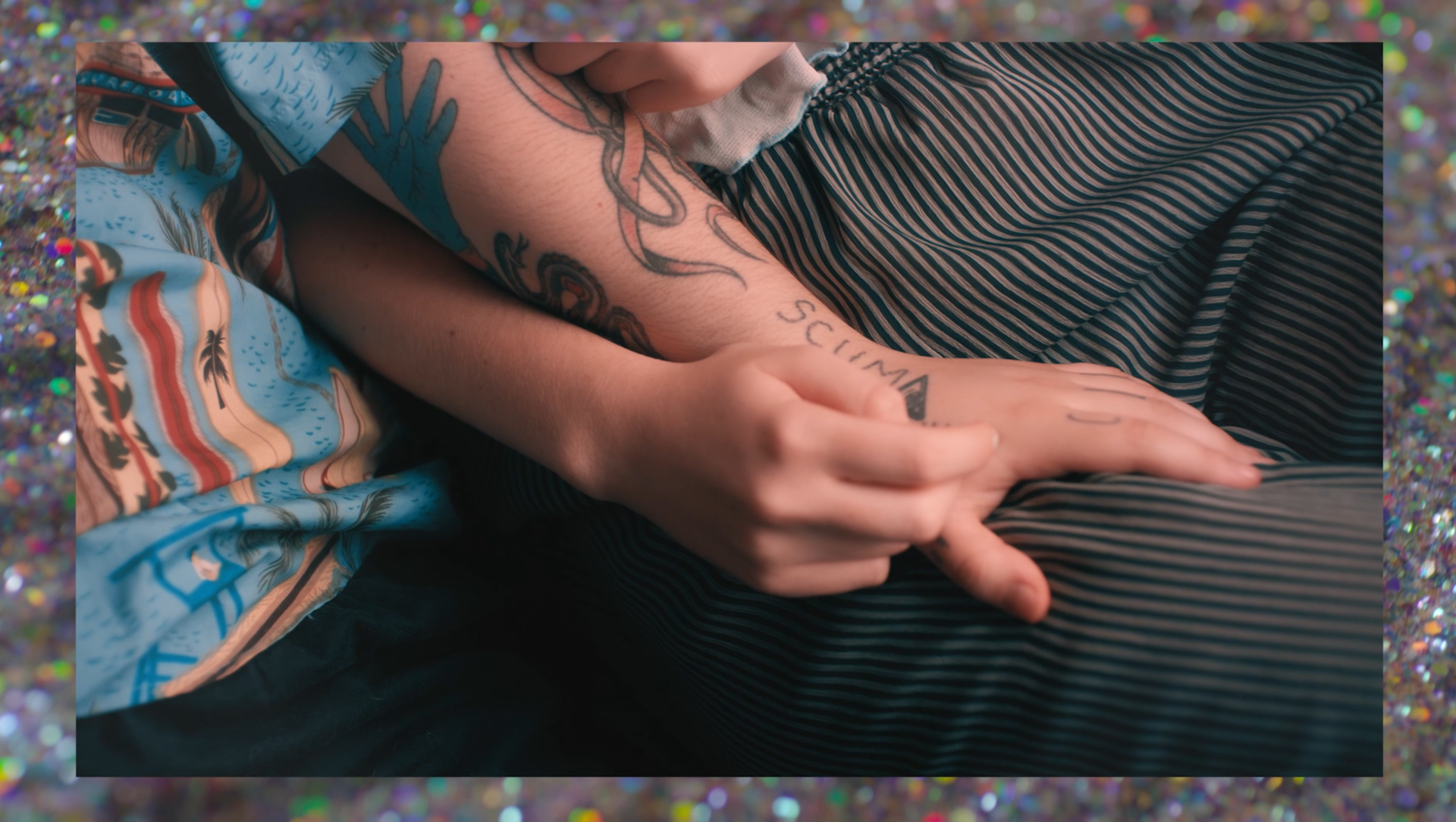 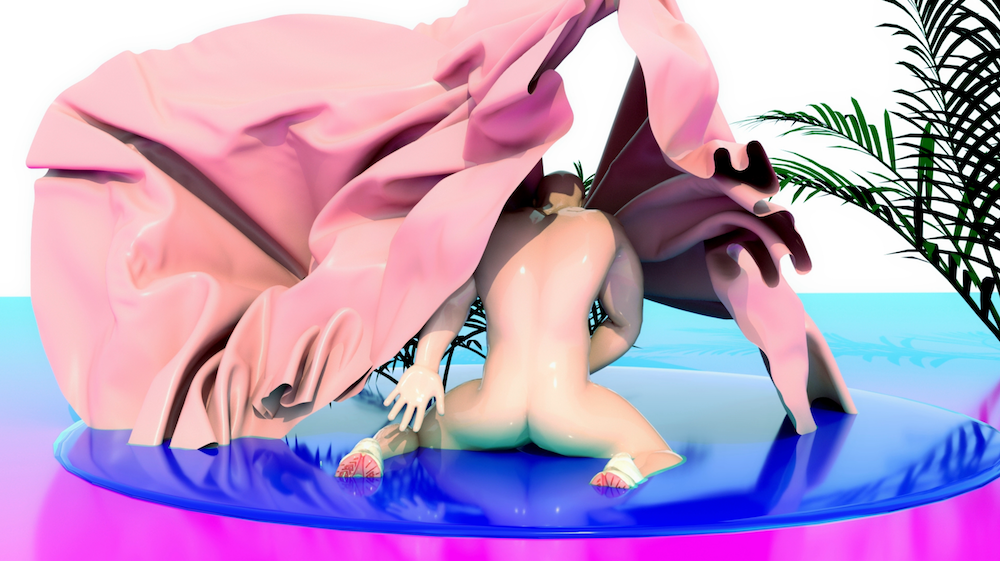 And I place it next to A Scanner Darkly author Philip K. Dick’s assertions that:

Today we live in a society in which spurious realities are manufactured by the media, by governments, by big corporations, by religious groups, political groups… So I ask, in my writing, What is real? Because unceasingly we are bombarded with pseudo-realities manufactured by very sophisticated people using very sophisticated electronic mechanisms. I do not distrust their motives; I distrust their power. They have a lot of it. And it is an astonishing power: that of creating whole universes, universes of the mind. I ought to know. I do the same thing.

With this, I think of the universes created by Scum Boy through his art which is rooted in the exploration of sex and identity, and it moves me to speak of constructs of identity as sites/sights of improvisation. From religion, to gender and sexuality. Here, I am thinking of religion in the way of radical Black theology, in a way that signals to The Dreyfus Affair, and a case made from it that the practice of Judaism should be an eternal pursuit of justice. Here, I’m thinking about gender and sexuality in the decolonised, non-binarised ways—in the way that one doesn’t have to be either or; a boy or a girl but like Stevonnie can exist as an experience. The politic and ideology that form part of the brick and mortar of Scumi’s imagined universes come through as we chat about the generative potential digital art and technology hold in possibly disrupting historicity, opening up access and reconfiguring what moves at the centre vs the margins. Especially when one thinks of the archive and the politics of power embedded with it with Oliver sharing:

I believe a lot of great artists are born out of powerlessness and i believe a lot of beautiful things can come from a lack of power in terms of art, but i also think it’s easy to romanticise the struggle as something that will birth some beautiful creation. I’m pretty sure a lot of people who are struggling would rather be outside the margin and in a place of safety. Personally i’m a white South African who has had a lot of privileges, the idea of my margin is nothing compared to the margins of the majority of South Africans. But within my small margin of being a trans man, i do think it’s a place of possibility, personally if i was in a safer position outside of the margin i would become incredibly complacent and not feel the need to do something bigger. I believe digital art is a very fluid and adaptable medium. In regards to my own work, i watch everything that’s happening around me and from that i draw inspiration.

The world is tumultuous and ever changing, i think as artists we need to change with it in order to relate our art to something substantial, if that makes sense. Creating art digitally allows us to be right at the forefront of relation, it’s quick as fuck. Imagine trying to capture the crazy shit that’s going on right now with a paintbrush and canvas, you’d get the final product in like 4 months and by then 7 new things have already happened. I don’t discredit more traditional artists, but i think to broadcast an idea in the form of art quickly and with high quality, digital art makes the most sense. Digital art is also accessible, i find that it breaks away from the necessity of galleries, in the past young artists would rely on galleries to have their work seen, now digital artists have a whole platform where we create the rules. Outside of digital spaces it’s very easy for a white 30-something guy to get incredibly far in the art world via galleries, curators love that shit, you’ll find some dude named Michael who paints a red circle on a canvas and sells it for R20 000 in massive galleries. The standards are low as fuck if you’re a man in South Africa and even more so if you’re white. As white artists in South Africa we can be subpar and still land the biggest galleries in the country, whereas Black and POC artists need to be exceptional and more in order to get the recognition they deserve. Digital art with an online platform allows artists to be seen. 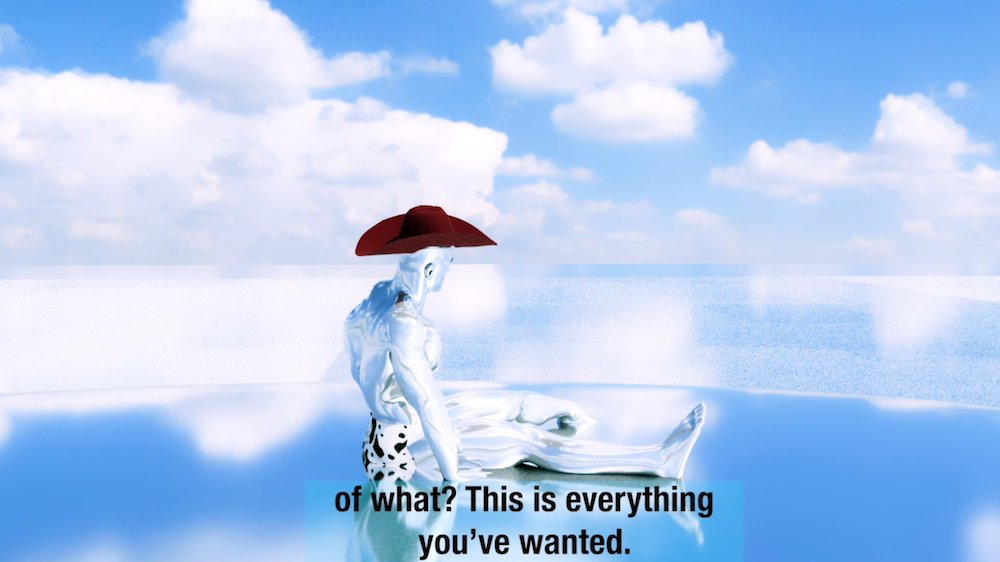 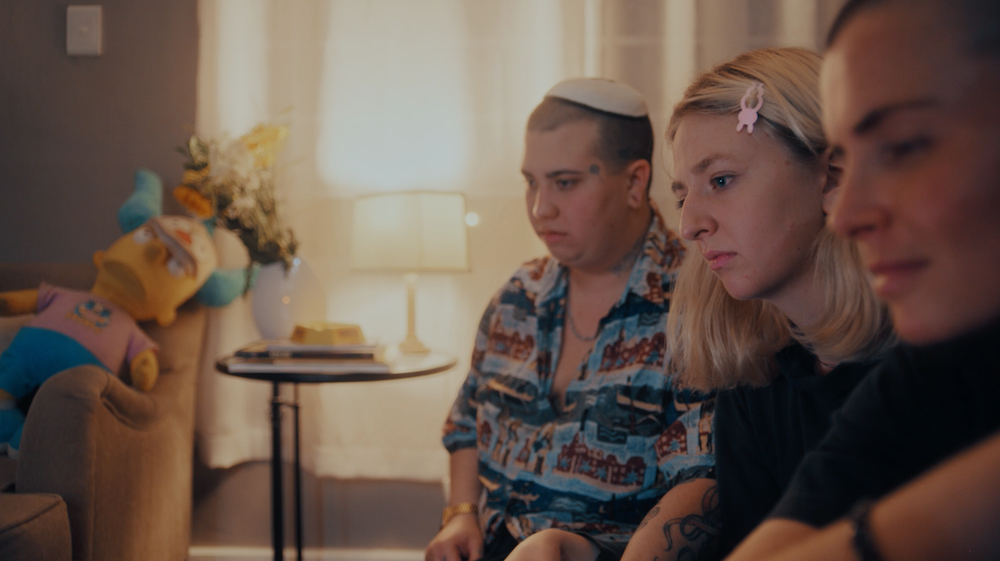 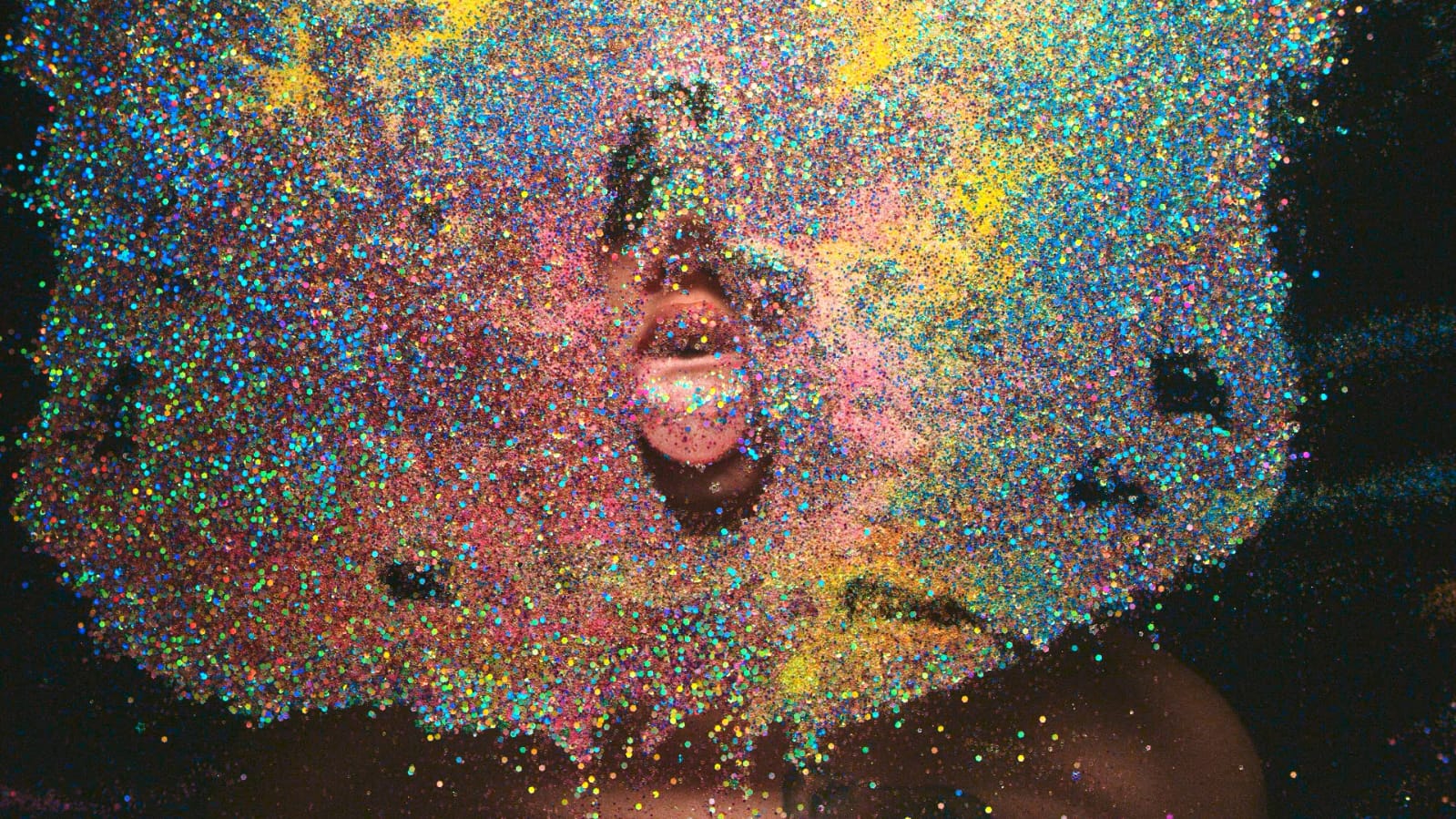 This past Saturday Scum Boy’s show A Journey Through The Unconscious Mind, opened at Kalashnikov Gallery’s Project Space. This with Oli coming off of a group exhibition in 2020 titled POWERPLAY; foregrounding the digital arts scenes in Nigeria, South Africa, Zimbabwe and the UK. The exhibition explored the use of technology in creating a sense of identity and place within a digitised world—with the artists unpacking relationships of power experienced in varying ways. The artist, the lover, the trans man, the joker, the flirt, the battle-scarred (and tattooed), the sweetheart; Scum Boy isn’t interested in being anyone’s hero nor does he fancy himself an activist of any sort but rather, he is honest about how he is also still grappling with figuring this shit out for himself daily, one Simpson’s quote or reference at a time.

If you missed our Bubblegum Lives chat with Scum boy last week watch it here!

RSVP here to Scum Boy’s A Journey Through The Conscious Mind! 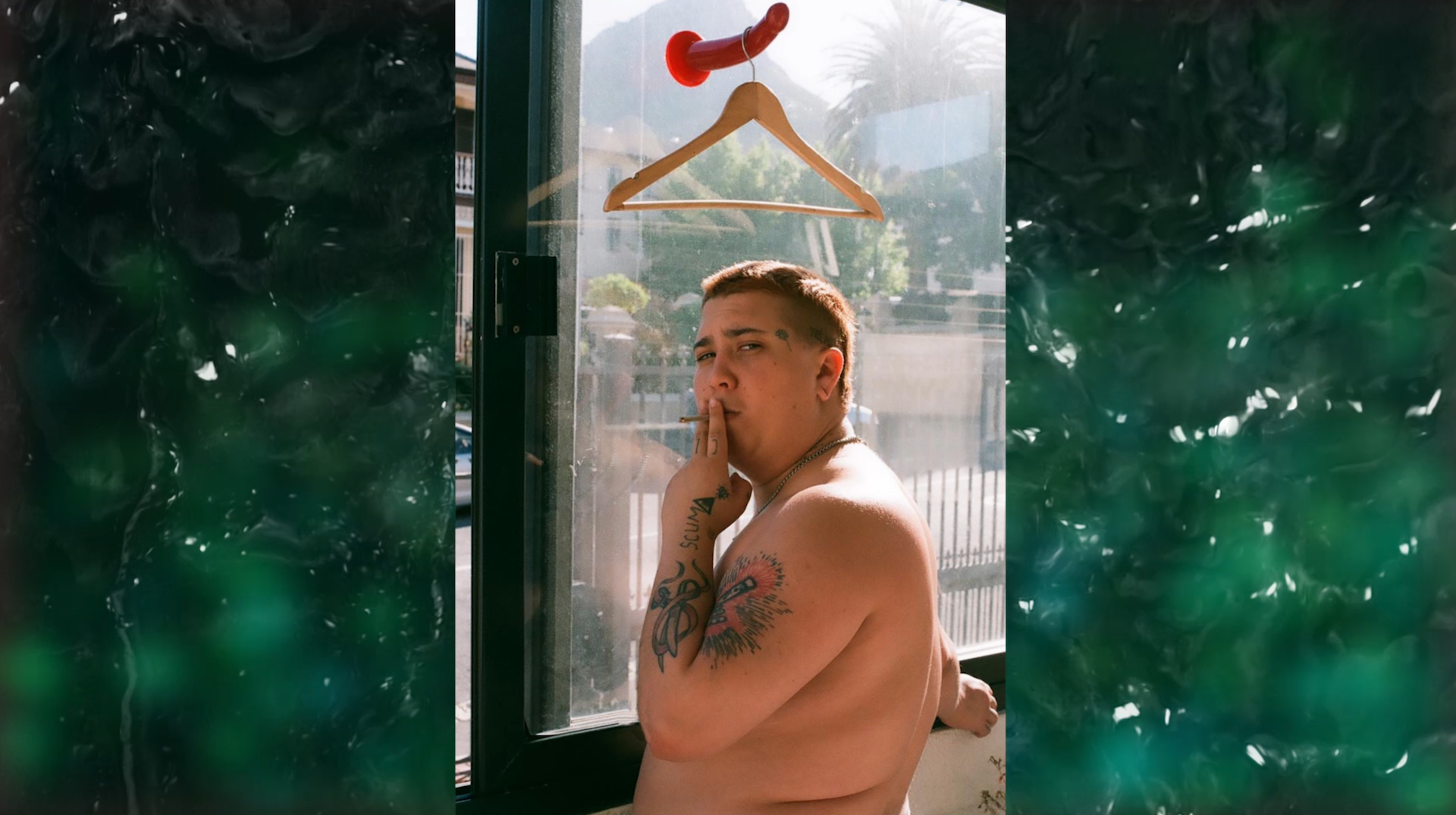 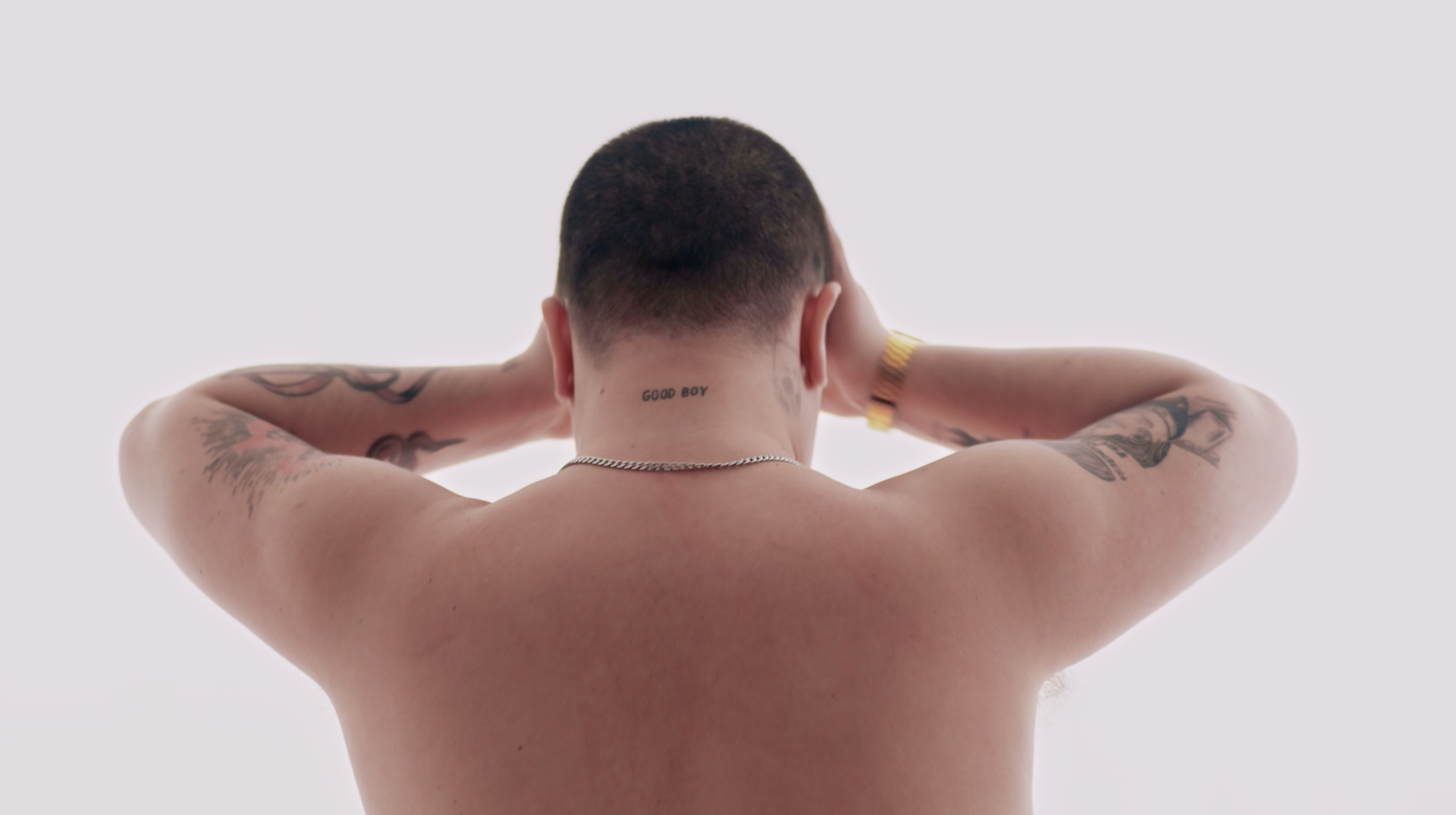