Over the last week or so, Dutch artist Theo Jansen and his art exhibit named Strandbeest which means “beach animals” in English went viral on Twitter. The exhibition is of “creatures” made of various materials that are engineered to walk or even fly over beaches.

It’s barely surprising that such an interesting and unique mix of creative art, science and technology has amassed 16.7 million views from this tweet alone and over 11 million views on the original YouTube video.

Theodorus Gerardus Jozef Jansen became an artist in 1975. His earlier work and approach to his own art form already had a very strong and intentional link to engineering, technology and physics.

This time with his ongoing Strandbeest exhibitions, he uses wind technology to be the base mechanisms of these “beests” — that is what makes the pieces move in such an intriguing and fascinating way. 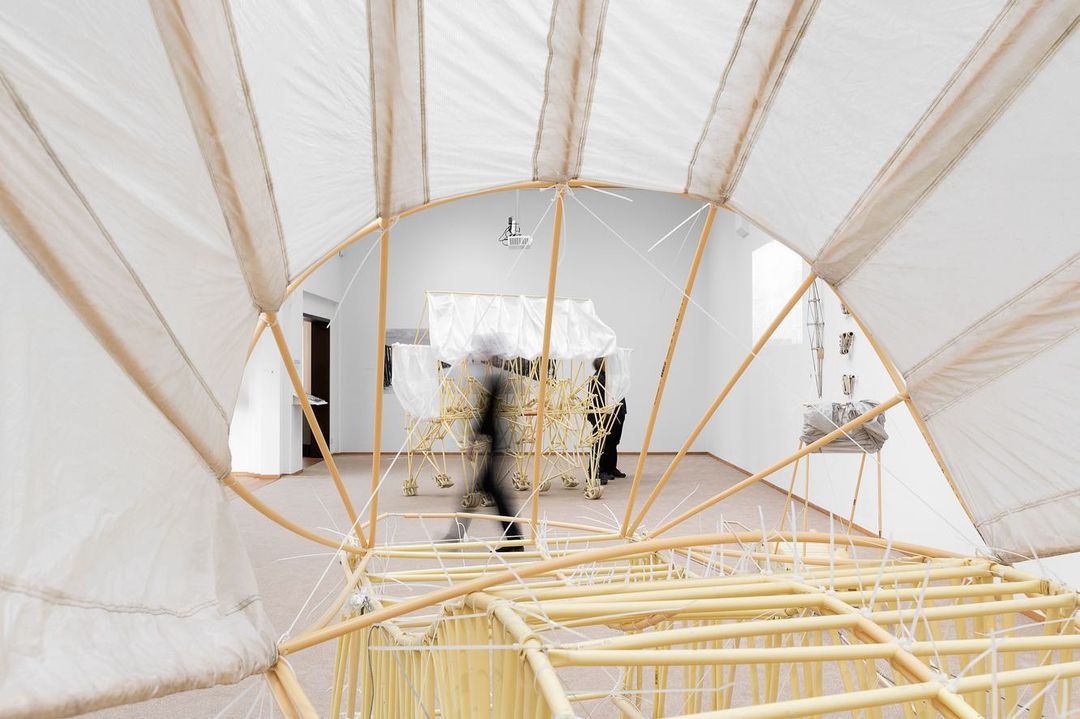 Theo, pronounced “Tayo”, has been working on Strandbeest for years. In the years 2020 and 2021, he has moved on to make these animals fly. The Strandbeests have been engineered to work with the sand that they walk, slither, and trample on and with this new aim, the workings would have to change thus adding to the evergoing evolution of this exhibit.

For Theo, this is his way of creating new life in a way that is contemporary in the art world. An intentional imagining comes to life — reminiscent of the feelings that come with invention and discovery. 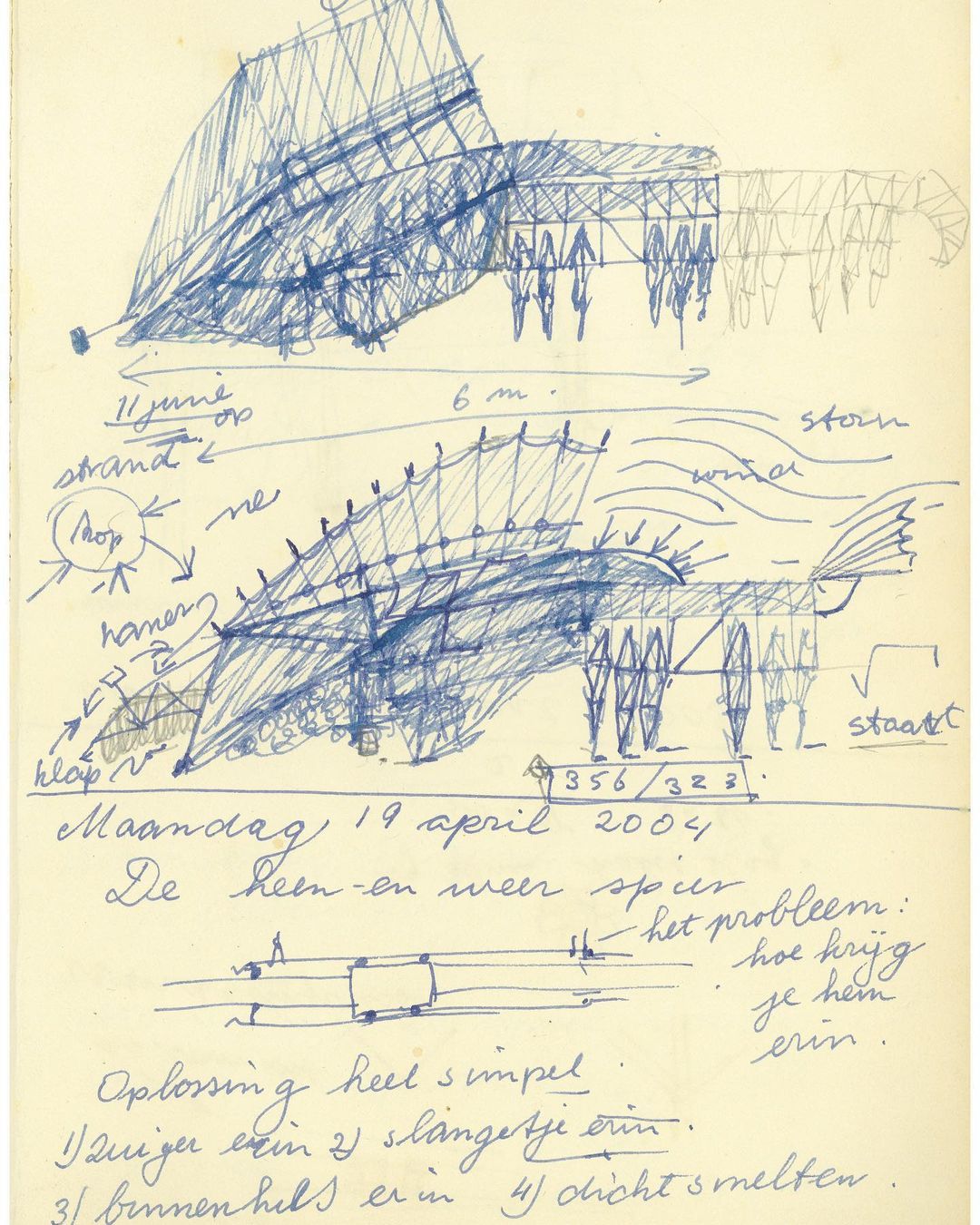 These animals are made of a yellow plastic tube which is a Dutch electricity pipe and they are carefully arranged to be released onto beaches overlooking the vast blue sea, emphasising their own shape into its background so naturally that it is a wonder.

Many users on Twitter expressed their own fear in regards to the moving art piece comparing it to a monstrous figure. This is just a testament to how these strandbeests embody aliveness — essentially taking a piece of life from Theo Jansen when he creates them which makes them look realistically a part of the world. 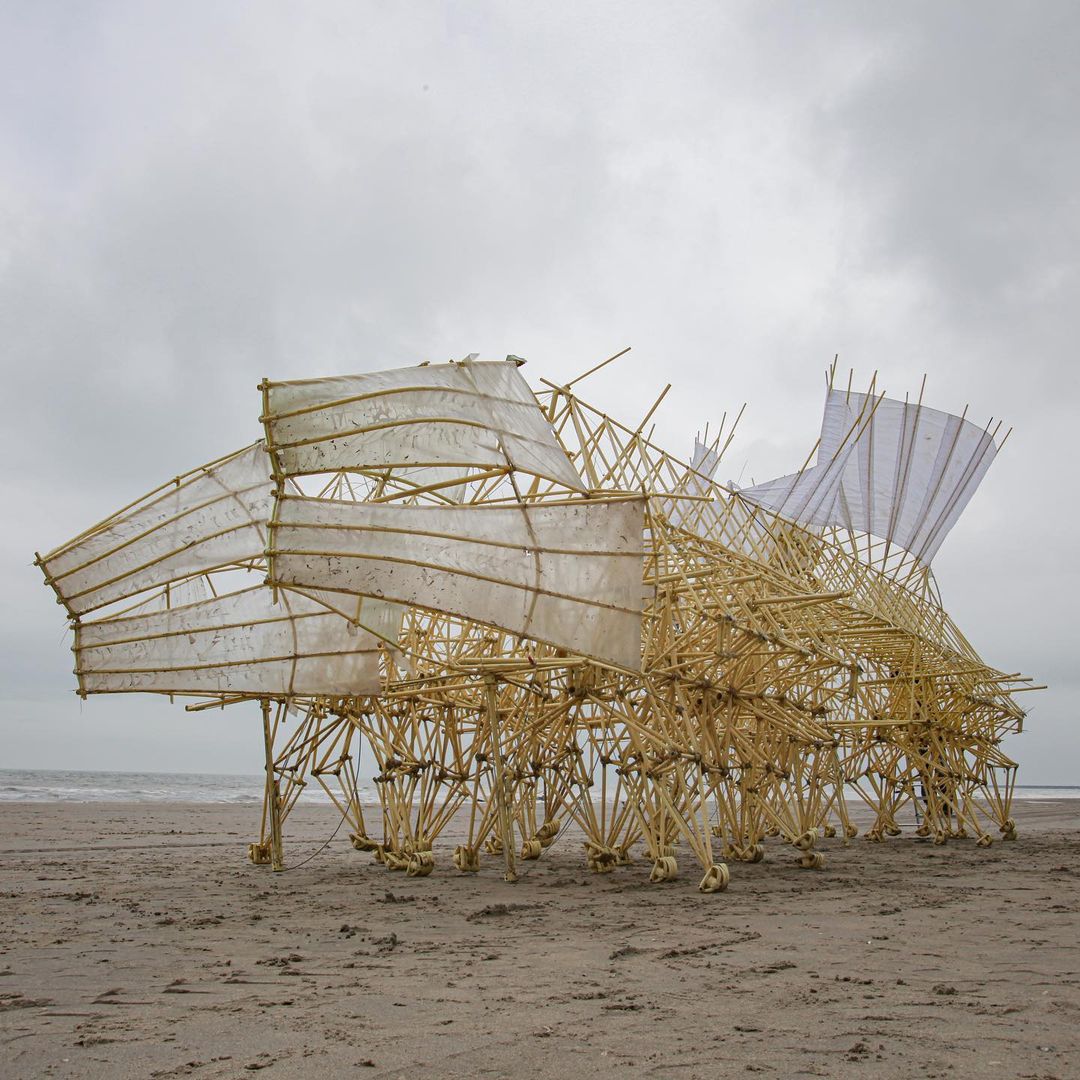 The strandbeest is so advanced in its own technology that when it moves to the wetter part of the sand or in the water, it can shift direction seeking the dry sand of the beaches it’s on.

“By developing this evolution, I hope to become wiser in the understanding of existing nature by encountering myself the problems of the real Creator.” — https://www.strandbeest.com/ 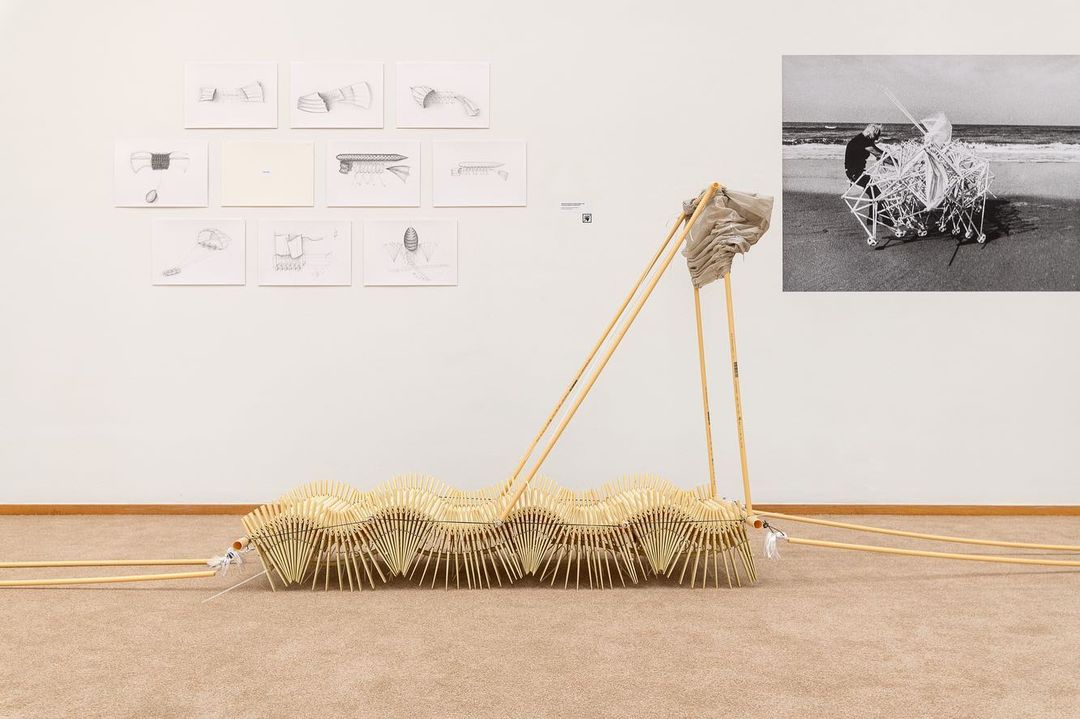 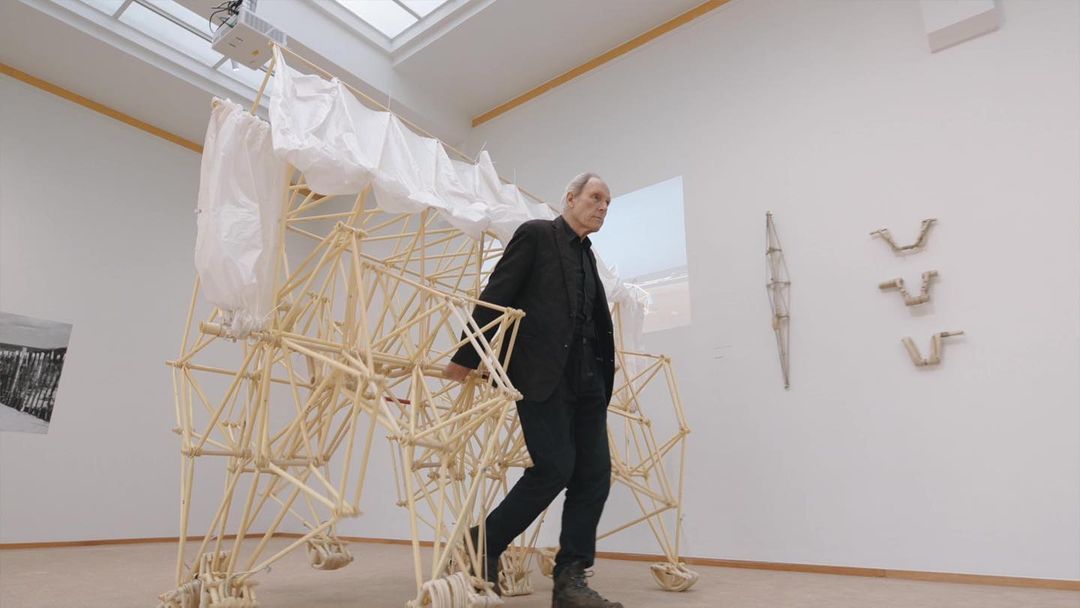 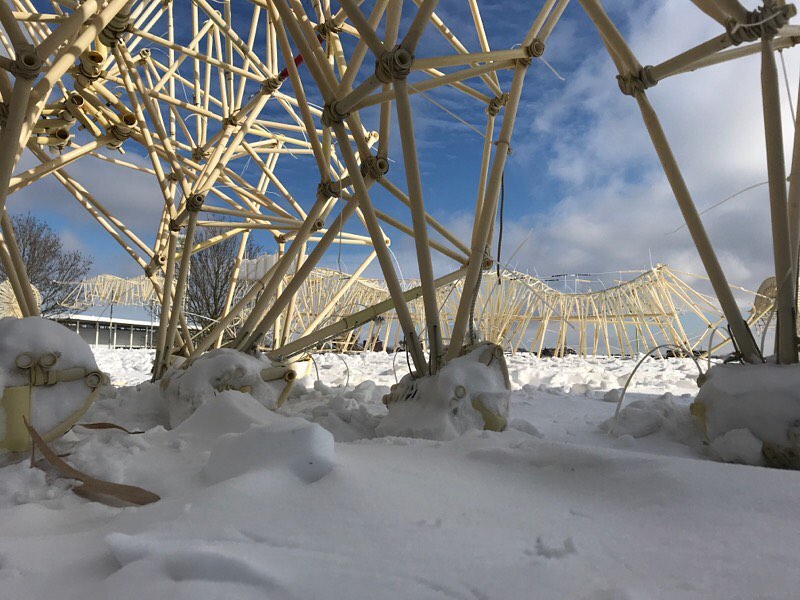