A Black woman stands surrounded by what we can assume to be local Turkish people, photographing and wanting to be in pictures with her, and attempting to touch her hair.

At first glance, the TikTok video of this scenario creates notions that this woman must be someone famous—someone adored.

However, this is not the case; this is just a video of an ordinary woman who happens to be Black in a country that lacks the presence of Black people. 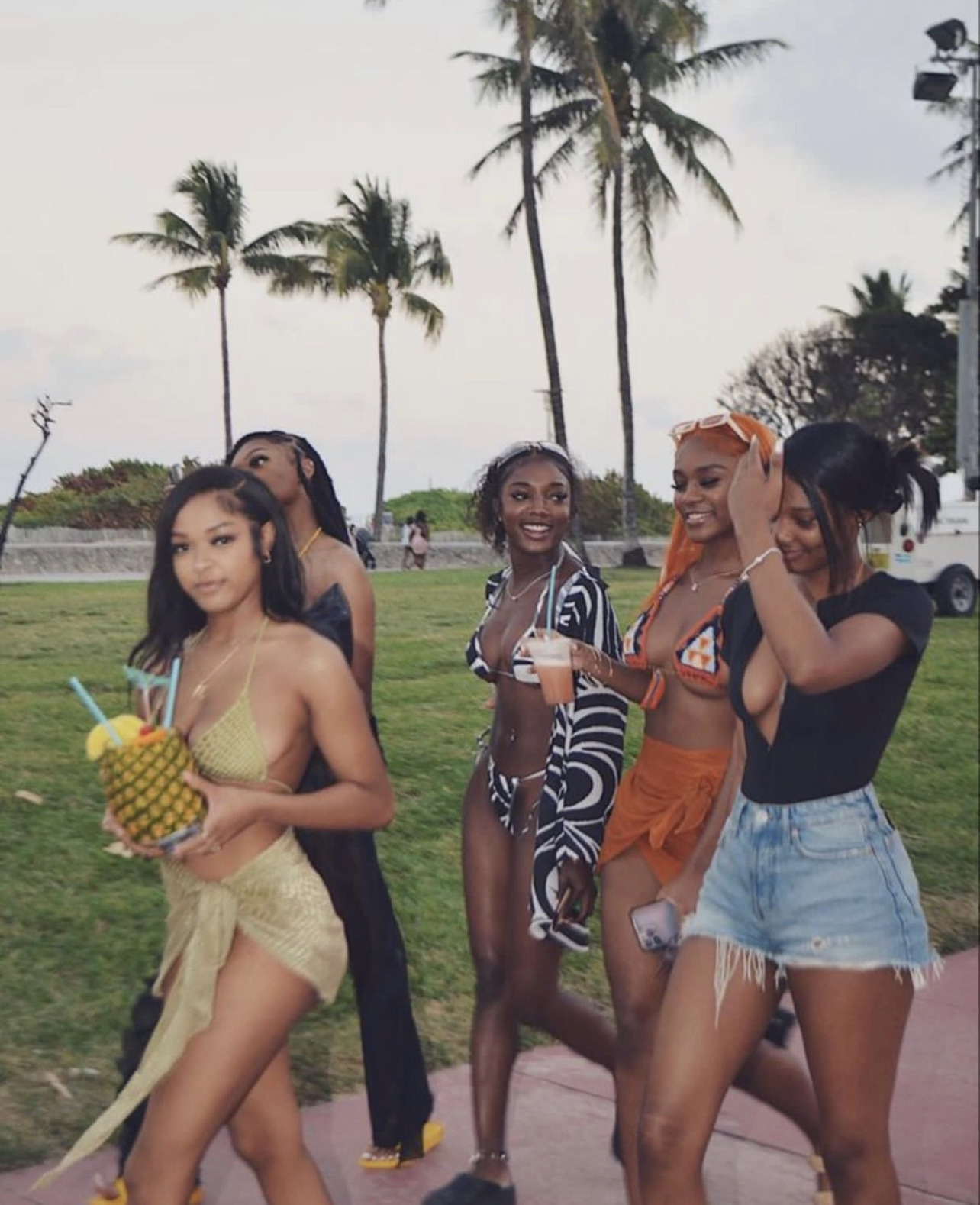 Claudia Darleene, a Ghanaian woman who lives in France and Turkey, made a TikTok showing the reception and treatment she receives while navigating everyday life in the country, probably due to her dark skin and her large afro. As someone who has visited Turkey before, I would say that this behaviour is definitely directed at her because of her racial identity.

The video itself made its rounds on Twitter, with a post going viral that included the caption “Wow. Just wow.” It was super interesting to take in the polarising arguments that followed. On one hand of the spectrum, people found it to be deeply racist, arguing that their behaviour towards her was inappropriate, disturbing, and disgusting. On the other hand, other people argued that there is nothing harmful about this, as it is just the reactions of people seeing a type of person that they have never seen before — finding her beautiful, awe inspiring, and that her presence is just inviting non-malicious curiosity.

Now, this argument finds itself somewhere in the middle of both ends of the spectrum. However, this kind of incident is not that black and white (excuse the pun). There is space for multiple truths to exist. With a simple Google search, you can find thousands of recounts of Black and people of colour recounting their experiences on forums, and a common sentiment is that they do find it strange.

However, a lot of them do describe that they are usually okay with it if the locals approach them with kindness and politeness and are respectful of their boundaries and humanity. It becomes offensive to them when the locals take pictures without their consent or point and laugh.

Across forums all over the internet, it is apparent that in some capacity there is an understanding that the behaviours are mainly a result of curiosity while acknowledging that sometimes it is just plain racism and intolerance thrown their way. Many people live in countries that are not diverse at all and seeing someone who is different from the majority population can become a spectacle. 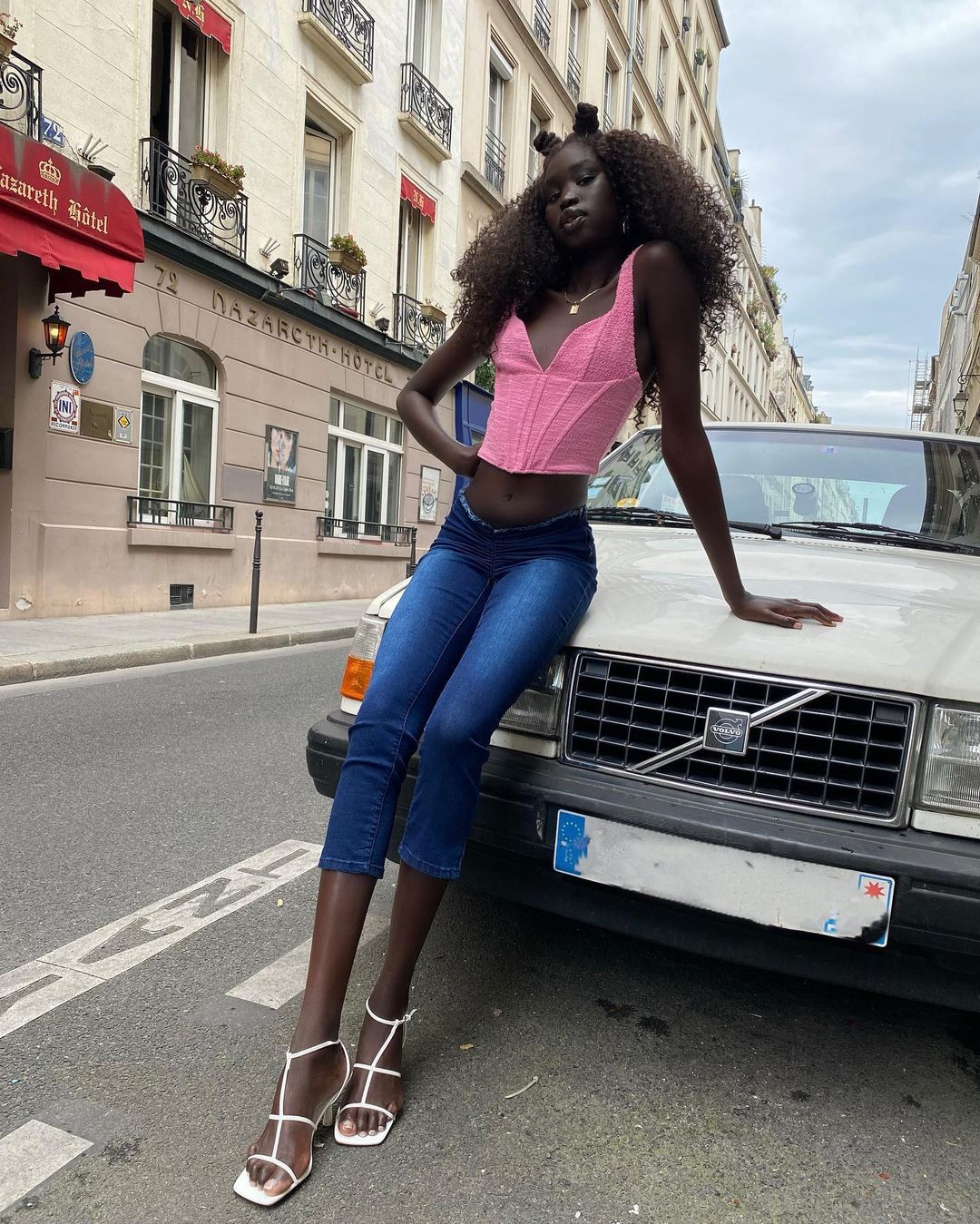 So I’ll just say that the great thing about travelling abroad, especially solo, is that you really never know what to expect or how people will treat you. The best thing to do is to approach travel with an open but sensible mind. I’ve encountered ignorance, entitlement, and blatant racism while travelling, but I’ve also encountered friendliness, love, and humanity too. Just keep your wits about you, read up on your destination’s culture and customs, always have a plan B, stand up for yourself when necessary, and be open to new exchanges.

I’ve been to Mexico, the Bahamas, the UK, and Germany. In Mexico and the Bahamas, it was very “touristy,” so I think people were just seeing “an American tourist.” I experienced more explicit racism in 10 days in the UK than I have in over 30 years of life in the US. The idea that they’re more evolved and classy than Americans is a lie. London wasn’t a problem, but even in other large cities, I heard the N word shrieked from moving cars very regularly. I wouldn’t say I felt unsafe, but it makes me so angry that people in that country have the audacity to point at us. It would be naive to think and say that these incidents are merely rooted in curiosity — there’s also a historical lens that comes into place. Voyeurism is nothing new and an instance of this practice is “Human Zoos”, also known as “ethnological expositions” or “Negro villages”.

These were spectacles that once started as a form of racist curiosity by white Europeans and quickly turned into an opportunity to further racial constructs by literally exhibiting human beings (indigenous to their own home countries) as “less than human” in an effort to differentiate whiteness from the “primitiveness” that exists within indigenous cultural groups, especially Black cultural groups.

A popular instance of this is the inhumane interest and fascination with Sarah Baartman — who was kidnapped and showcased for the sick fascination of white supremacists. Though this is an extreme example, it is indicative of how we “other(ed)” are treated differently — the subconscious manufacturing of basic human interaction has trickled down from white supremacists’ dealings with people who are different from them. 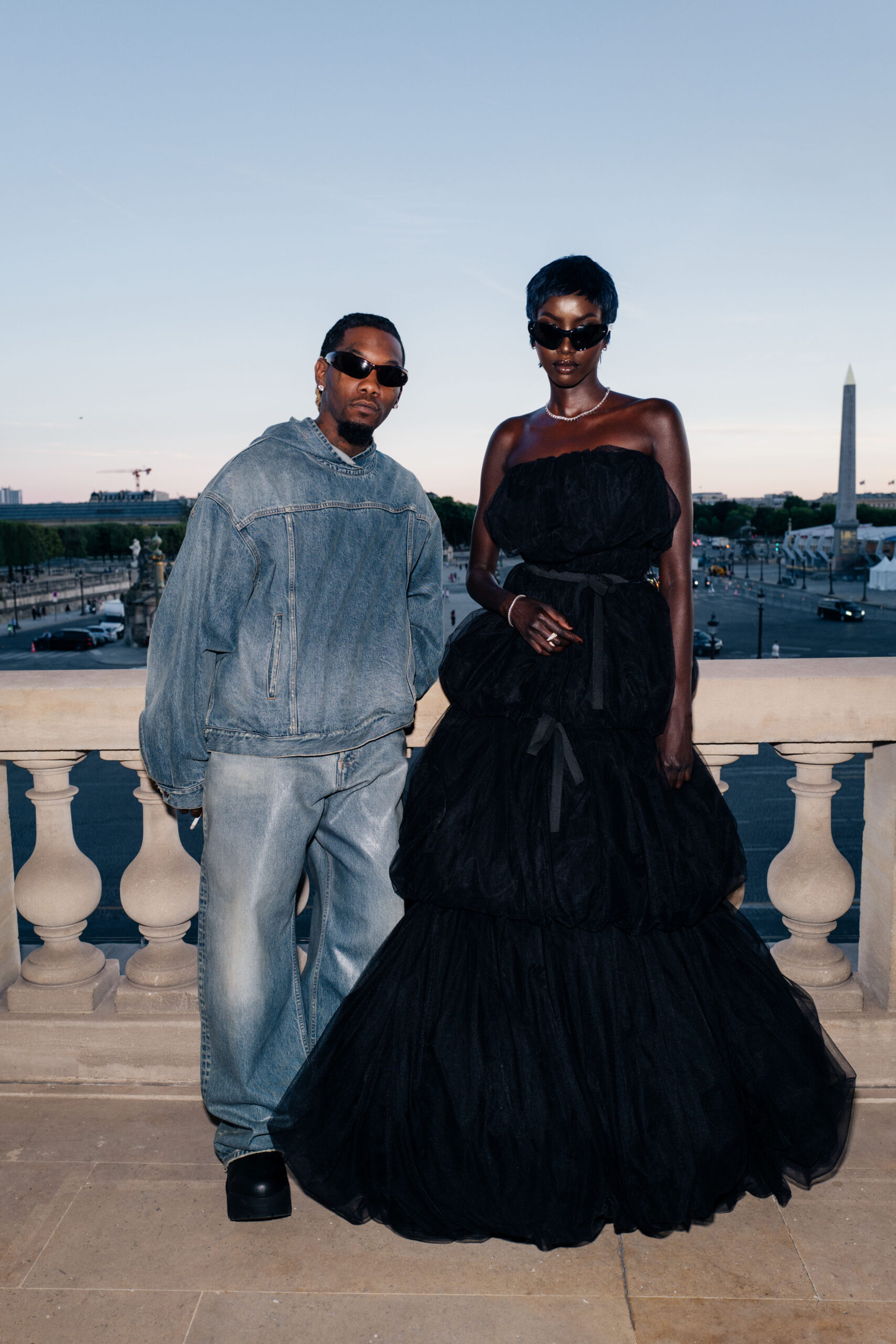 The “surprising” thing is that white people are also said to be stared at, especially blonde-haired and blue-eyed white people.

Though once you remember the logic of white supremacy, you understand that although they are also being stared at for being “other”, it is mainly because of what blonde hair and blue eyes mean in the construct of racial identity, desirability, and fantasy. It is actually indicative that the quest for dominion also means that, in some ways, you have alleviated yourself from a sense of humanity.

Returning to the idea of multiple coexisting truths, we could say that: being stared at by other people in different countries simply because you are a Black person is something that is understandable in terms of curiosity. Being stared at by other people because you are Black is rooted in a racialised gaze, especially when accompanied by unkind behaviour and a lack of human decency in interactions. Another truth is that Black people are allowed to say no and feel uncomfortable for being made a spectacle of. I guess it comes down to the honouring of boundaries, personal space, and being aware enough to exercise humanity. 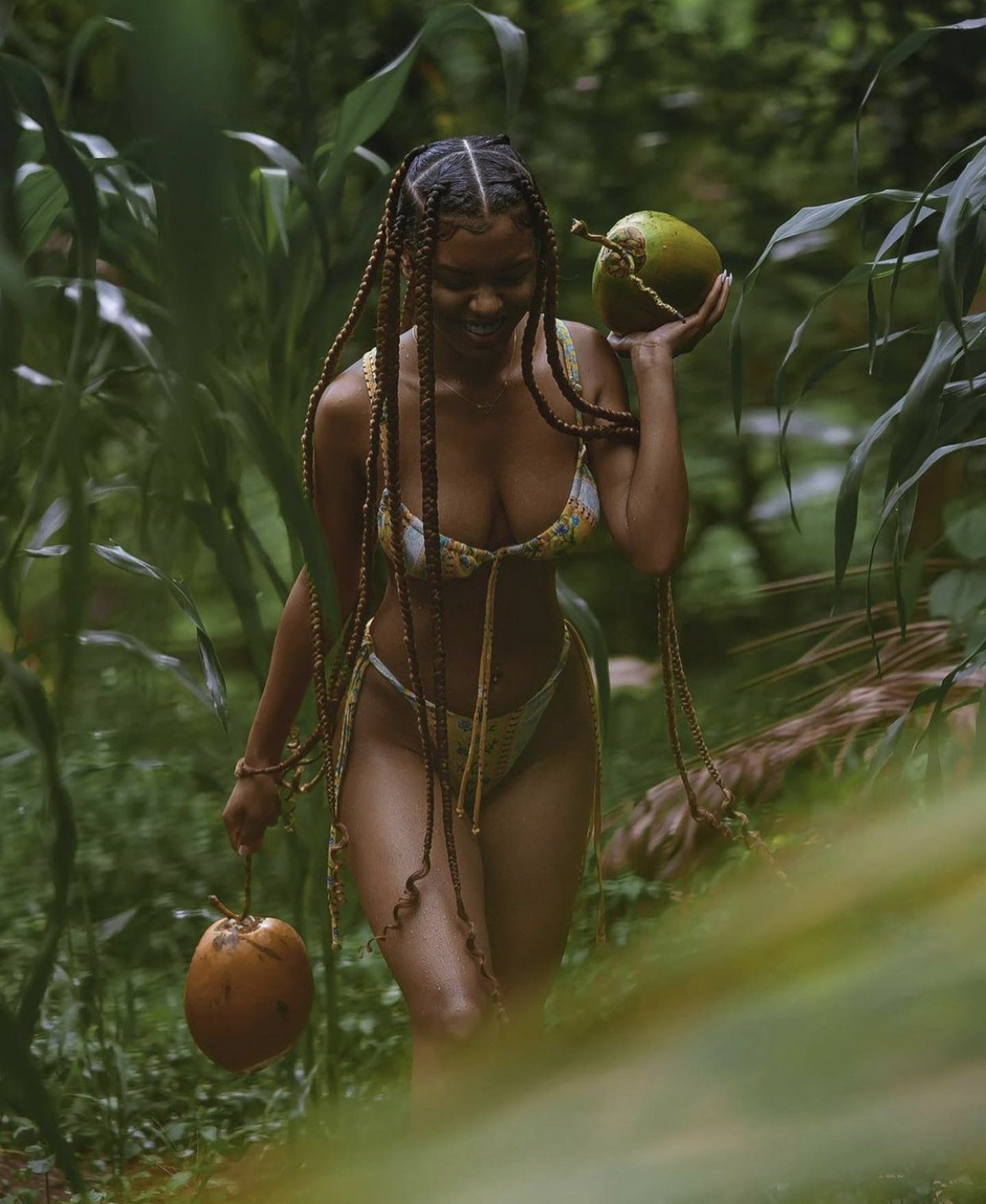 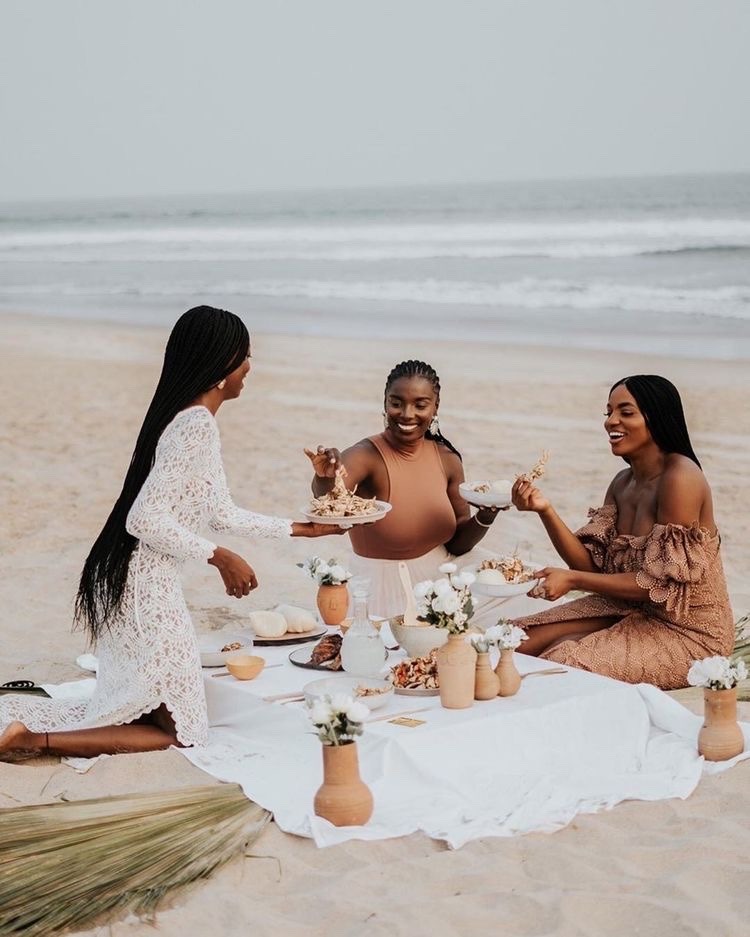