Travis Scott’s two day festival – Astroworld – ended prematurely on its first night after hundreds of people suffered injuries, cardiac arrests, and even losses of consciousness, due to the shear amount of people that were in the crowd.

As a result of the moshing, pushing and raging that went on in the crowd, 11 people lost their lives throughout the entire experience.

This event was a massive tragedy. 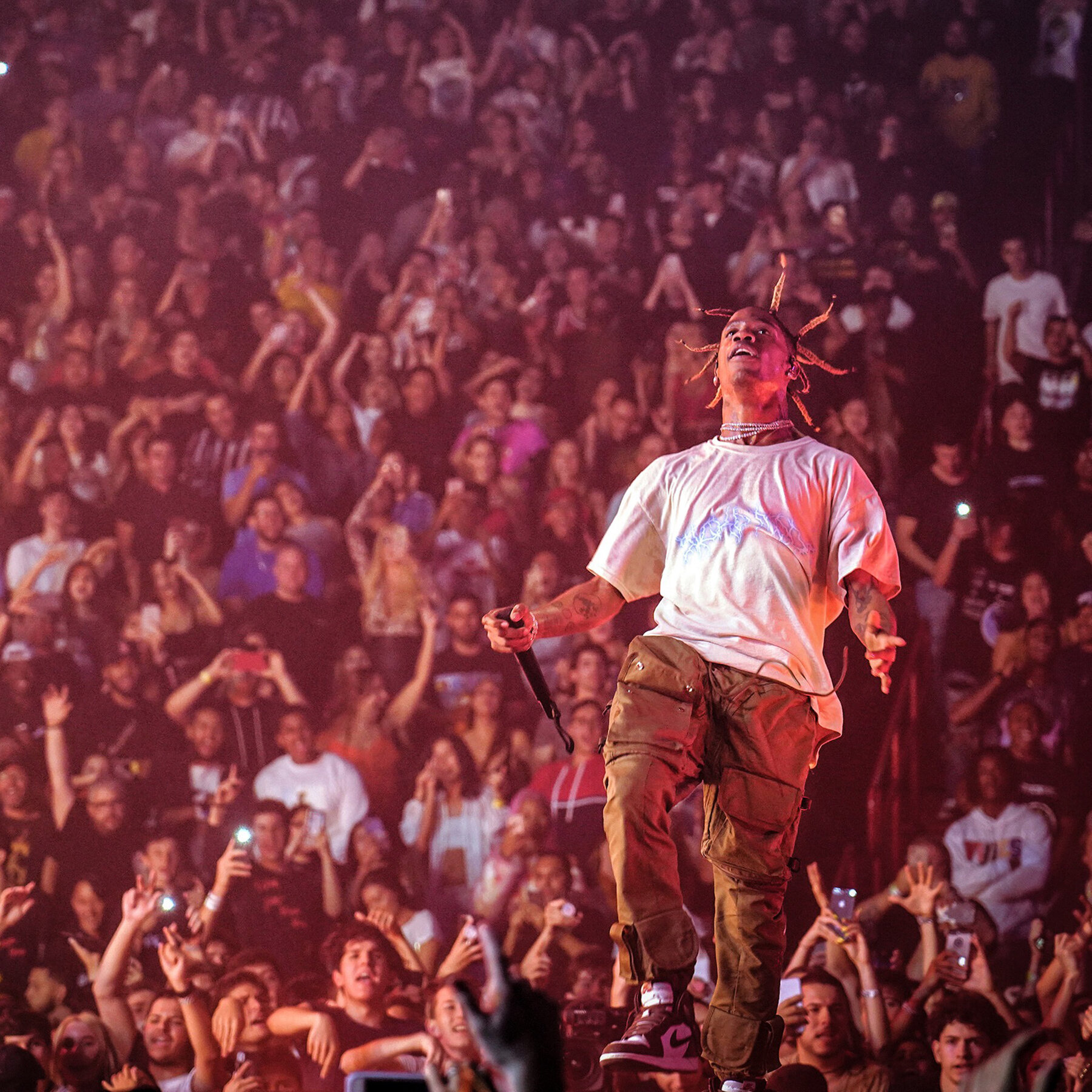 Stop all the clocks, cut off the telephone,
Prevent the dog from barking with a juicy bone,
Silence the pianos and with muffled drum
Bring out the coffin, let the mourners come.

Let aeroplanes circle moaning overhead
Scribbling on the sky the message ‘He is Dead’.

For the falling and fallen, for those screaming for help. No stopping as limbs struggled with limbs, as bodies buried bodies, in dystopian avalanche after avalanche — Travis Scott and Drake continuing to flex and floss on a “five million dollar stage while their young fans were stampeded to death is one of those mental images that can never get unseen.”

But now that we have seen that which can never be unseen — what do we make of what has been witnessed? Where do we place it? And how do we begin to unpack this type of complicated collective grief?

Who do we hold accountable and how? 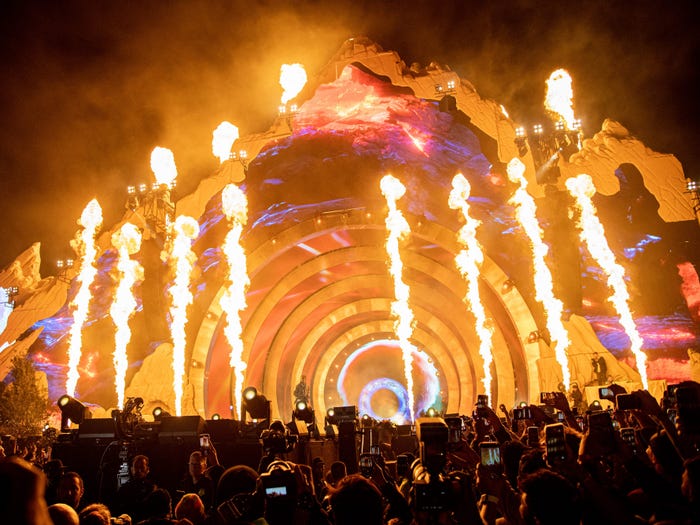 In my thinking through, and while holding space for the Astroworld catastrophe, I can’t help but think that it is not unrelated to this contemporary moment’s expression of, and relationship with the Cult of Celebrity, “defined as the tendency of young people to idolise and imitate the actions of the famous. This is typically ascribed to actors, musicians and reality stars” and its subsequent Cult of Capital.

Here, we are both devout followers and sacrifices to these we-made Gods and demigods. It’s a toxic Cult of Celebrity that is gendered, dangerously narcissistic and nihilistic, materialistic, hedonistic and screams, “I live to buy cool shit, fuck everything else.”

Although I have yet to reach any critical conclusions where this tragic and negligent loss of human life is concerned — there’s so much trauma and grief to think through — it has brought to the surface something I have thought to be true all along — the pedestals we have placed celebrities on have become too high and dangerous, and with this, they have started thinking themselves infallible.

Kanye West showed us, Drake showed us, Playboi Carti going onstage after the tragic night of November 5th at his own concert in a Ukrainian SHERP TANK showed us, Travis Scott showed and the list goes on…Perhaps, this moment can be the beginning of their own toppling, from sky-high pedestals we have placed them on, metaphorically speaking that is. 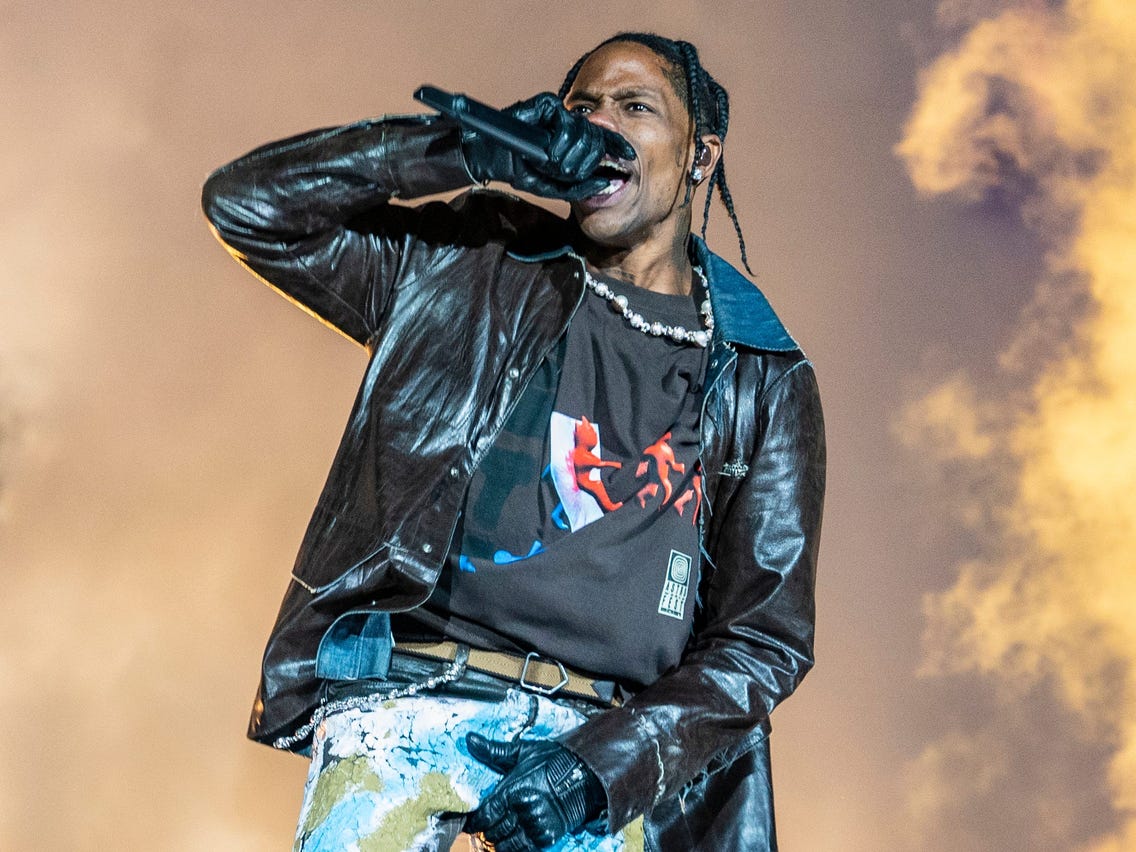 In the slew of new reports flooding in about the event and the fatalities that ensued, sprinkled in are reports and articles that cover the comments, statements and messages that celebrities have made about the event. The celebrity around celebrities has clouded this tragedy, making it an event in Travis and his surrounding people’s lives rather than a shared event amongst hundreds of people who suffered great trauma and felt completely dismissed in this space.

Even as we see the dangers of deifying a person to the extent where a disregard for and a recklessness toward human is treated without real indemnity, reporters and funs flock to more celebrities to hear what their thoughts are.

What stands out to me is the insistence on hearing celeb opinions on things over and over again, like they are above people, meant to inform a consensus of feeling, and like centering just the tragedy would be insufficient. These are people, with names, faces, and lives.

Maybe, I am the 20-something year old curmudgeon but this feels detached, cold, unnecessary. Not only is it extremely unhelpful but it also centres the opinion of famous faces yet again over the actual news of the event. I guess my question is why do we need to hear what they have to say?

Moreover, I noticed a lot of the same language expressed in these reports and messages from celebrities. Even in posts and articles expressing sympathy for the concert attendee, there is focus on referring to them as fans. Which I am not entirely opposed to, but what makes me uncomfortable is the insistence on referring to people who have lost their lives in relation to Travis. 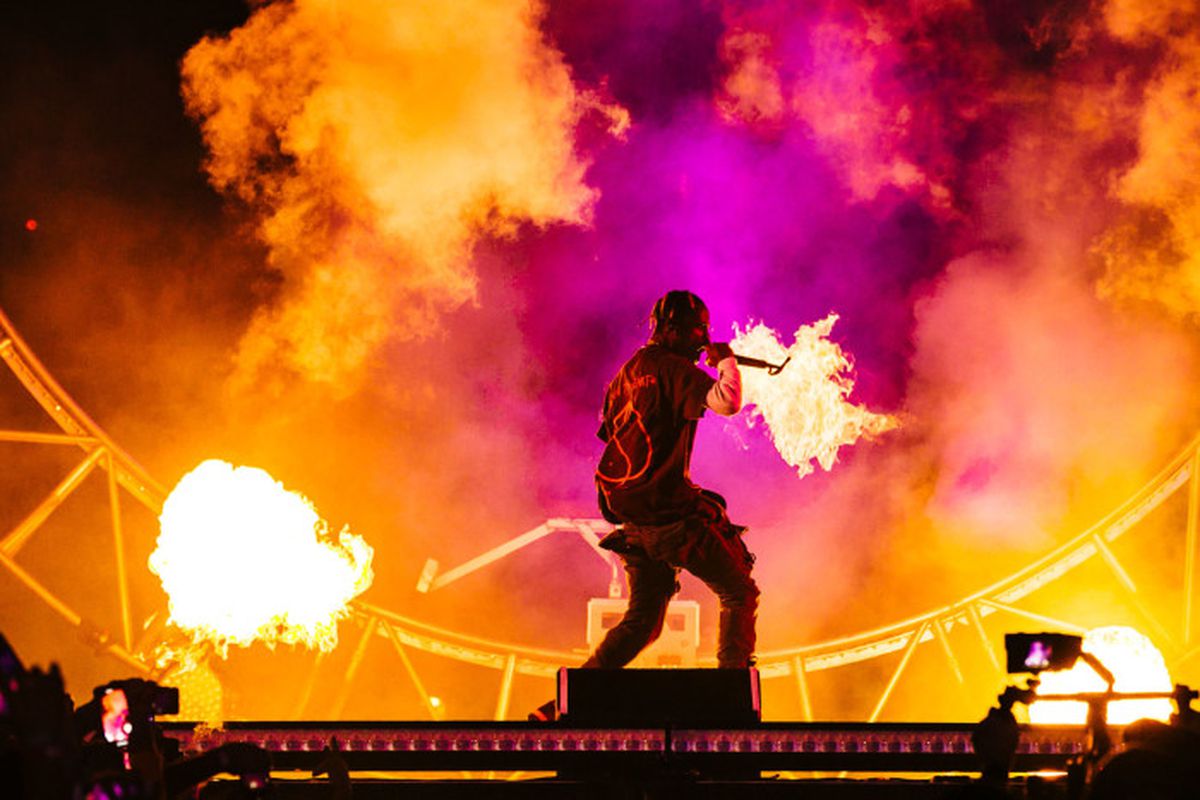 Even in the midst of the pain that those affected and their families are experiencing, the news refers to them not as people with lives outside of this event but as tied to and almost indistinguishable from Travis Scott’s image.

Again, maybe I am just “angry black womaning”, but that all seems so far removed from the reality of the situation and just an indirect implication. These are and were all people before they were fans.

Then there is Travis Scott himself, who has a history of inciting aggressive behaviour and violence amongst his fans. From urging over a 100 000 people to rush to the stage at Lollapallooza in 2015, to asking hundreds concert goers to “get that motherfucker, get him! … Fuck him up!”, after a fan tried to steal a shoe off his foot.

Then, just in May of this year, tweeting – since deleted – to fans that would not be able to get tickets to this very festival, “NAW AND WE STILL SNEAKING THE WILD ONES IN. !!!!”. Travis displays a recklessness and general lack of regard for the safety of his fans.

Then again, during this fatal gathering, as fans yelled “stop the show”, Travis continued to perform while looking down at an unconscious fan, because – according to the reports – “people die every day”. Lives were lost so he and this team need to be held accountable for whatever lapses in judgement and ill-planning lead to the death of 11 people, including 2 teenagers. 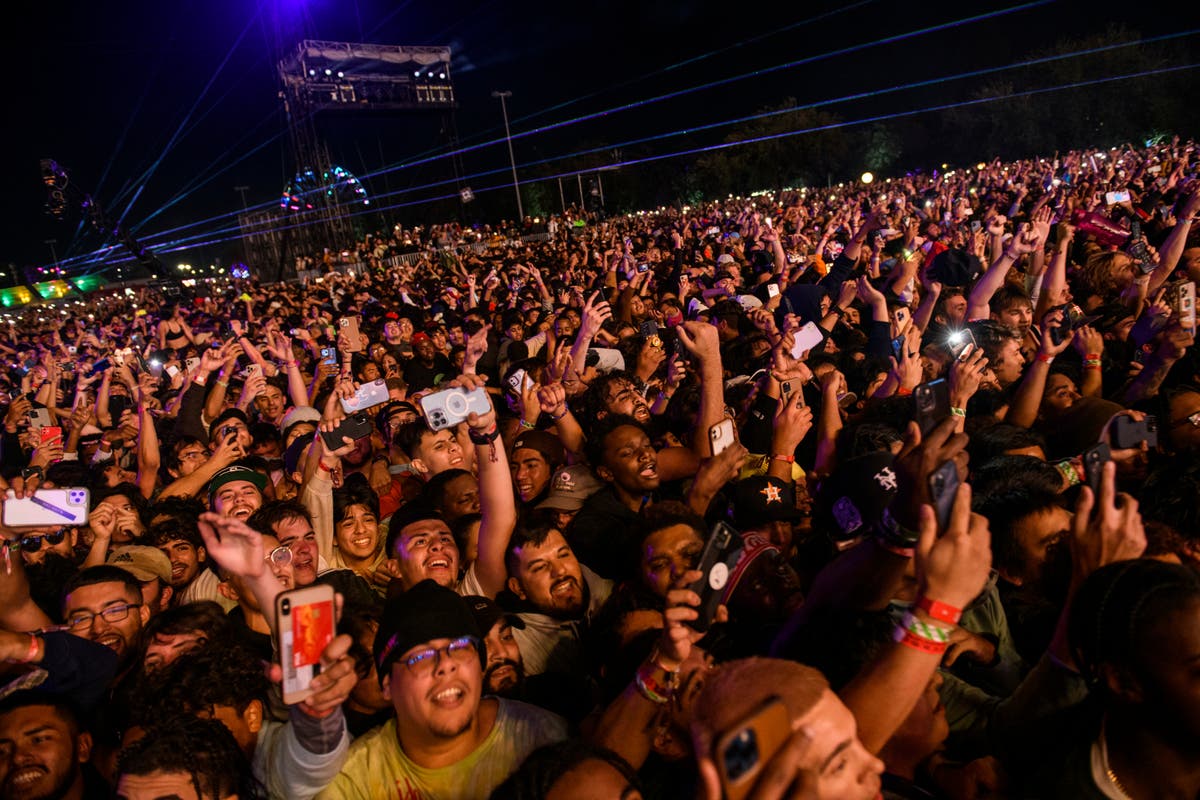 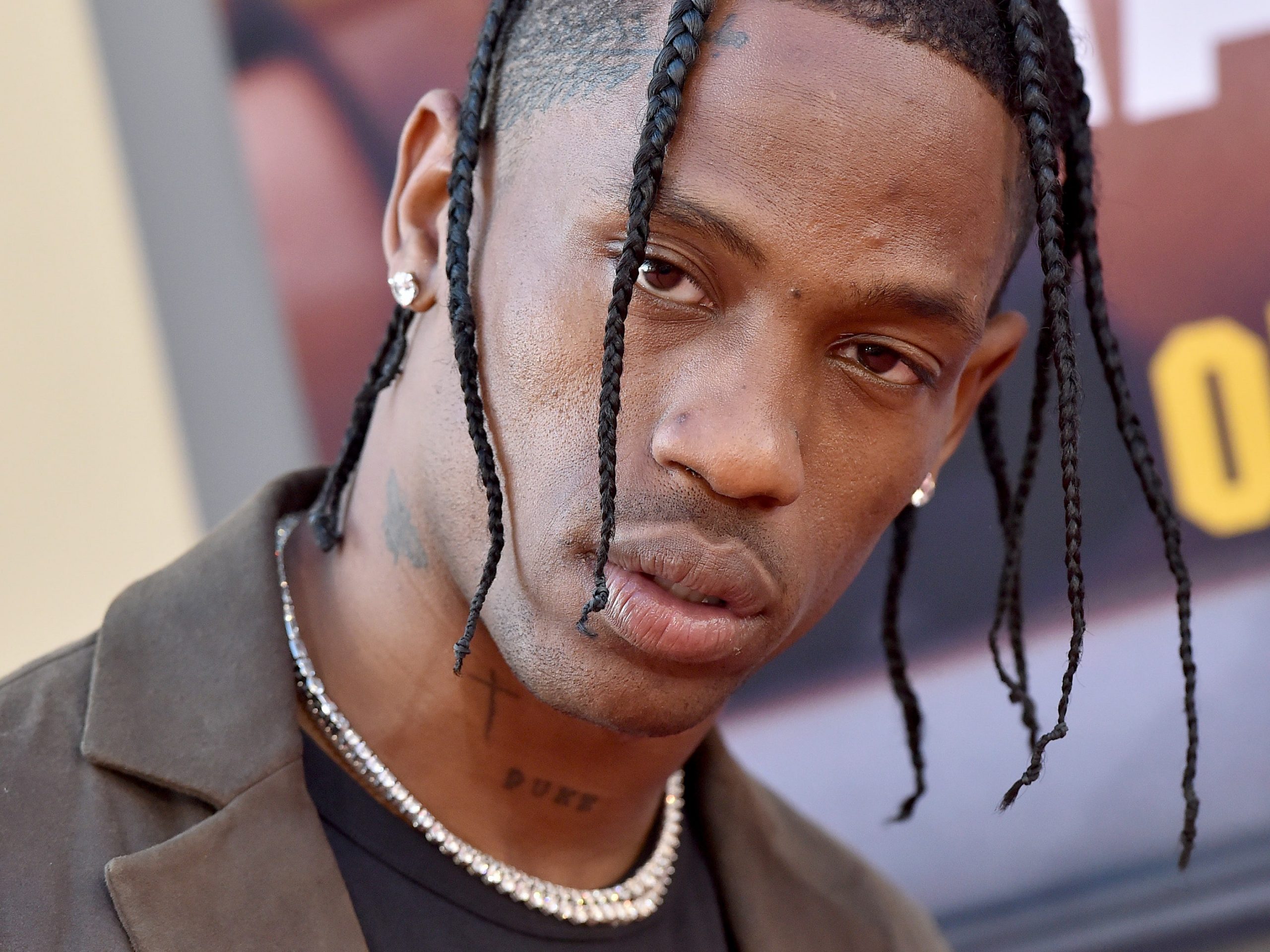