There is a harrowing wail ebbing from the pit of my stomach and I do not know how to silence it. There is a crippling terror that has a hold of my body and I do not know how to settle it. There is a war being waged against the most vulnerable in this country and we are the only ones counting the lives lost and mourning for them. Violence is our nation’s anthem, and “text me when you get home” the national prayer of the femme and preferably unheard. That incoming message we wait in bated breath for; “made it home okay” our not always guaranteed amen.

A couple of weeks ago I was in an Uber home from work — my driver was femme — and in the short drive it takes to get to my place, we had somehow found ourselves talking about the ever constant; ever crippling; ever suffocating tightly noosed fear we constantly carry with us as femmes living in South Africa — beloved rape capital of the world.

I told her that the older I get, the more acutely and intimately I begin to understand the panicked worry I remember hearing in my mother’s voice every time she would bid me farewell into the night as a teenager. She told me about how she trusts no man with or around her daughters — even her own brothers. Nkosi mayishe iAfrika; let our fear, anger and grief be fuel for the fire. 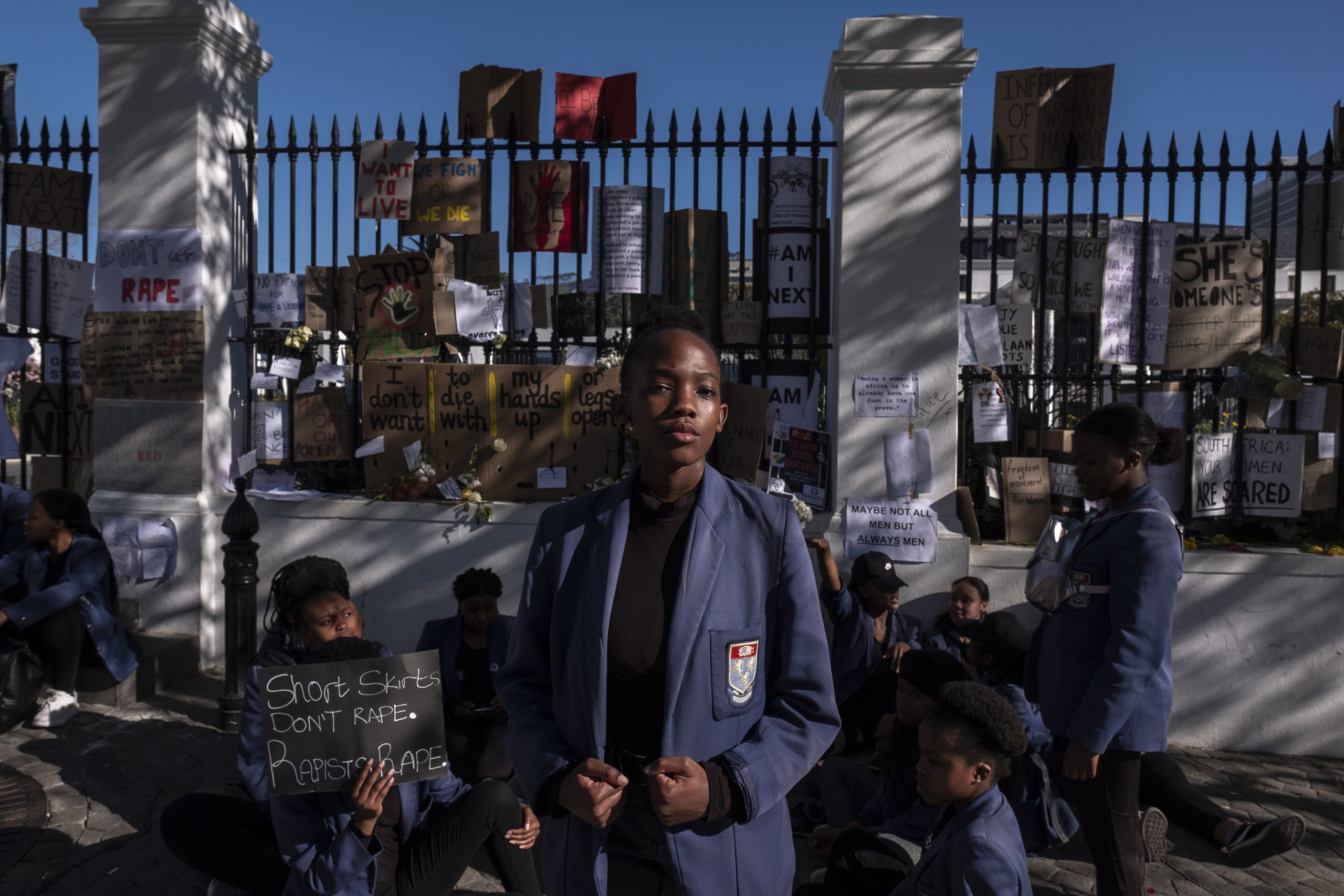 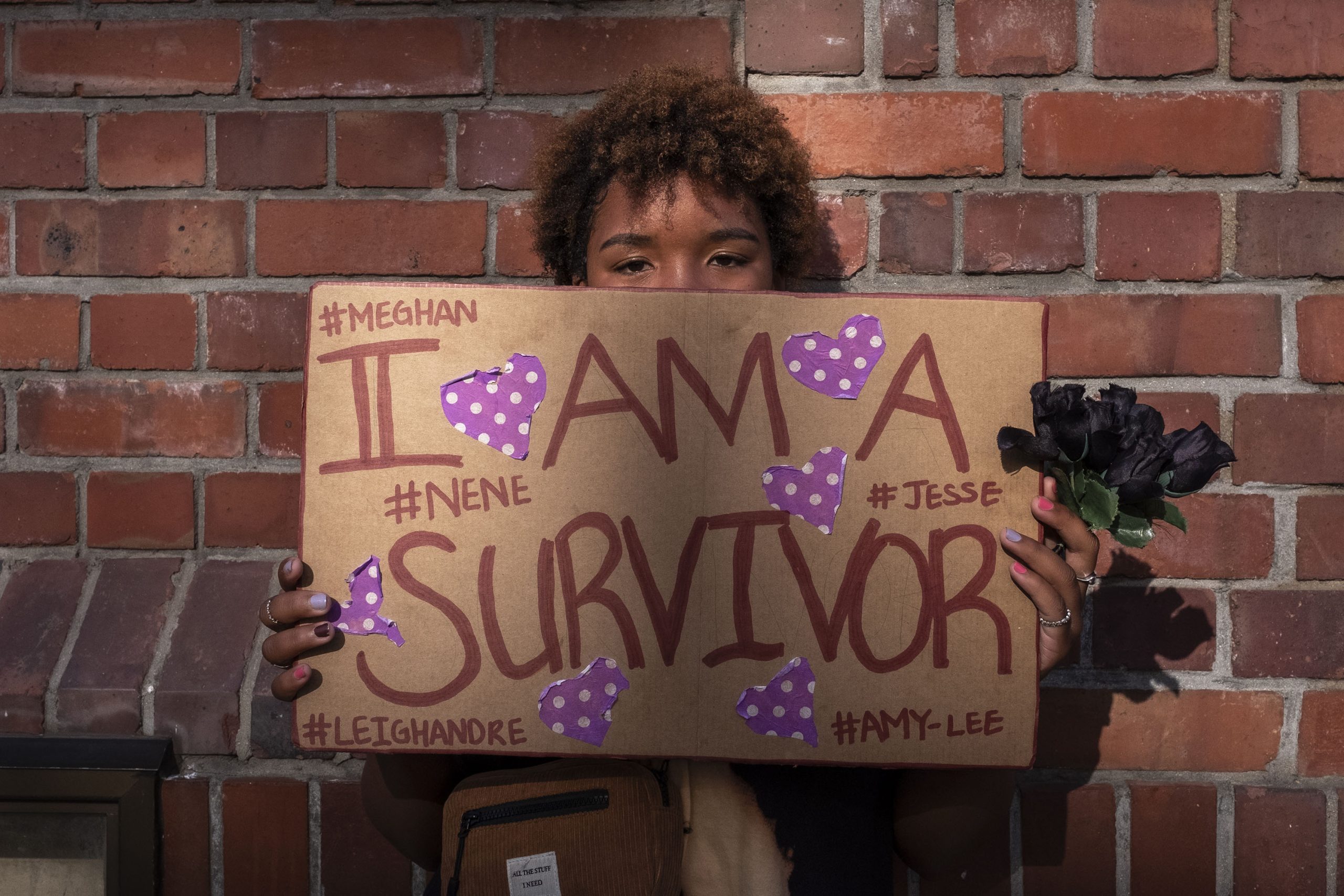 What words figure the femme body in the tapestry of South Africa’s violent patriarchal national imagination? What possibilities of language do we have to talk about our lives and embodied experience that do not flow from fear’s family tree? Stranger danger a constant noose around our necks. There is nothing sacred about the mathematics of being made through gender, especially when one is being made ‘girl’, what Sara Ahmed calls in ‘Living a Feminist Life’ “girling”.

In South Africa someone is raped or sexually abused every 25 seconds.

It is estimated that a woman born in South Africa has a greater chance of being raped than learning to read.

2 out of 5 South African [masc] learners say they have been raped according to a survey carried out in 1 200 schools across the country. 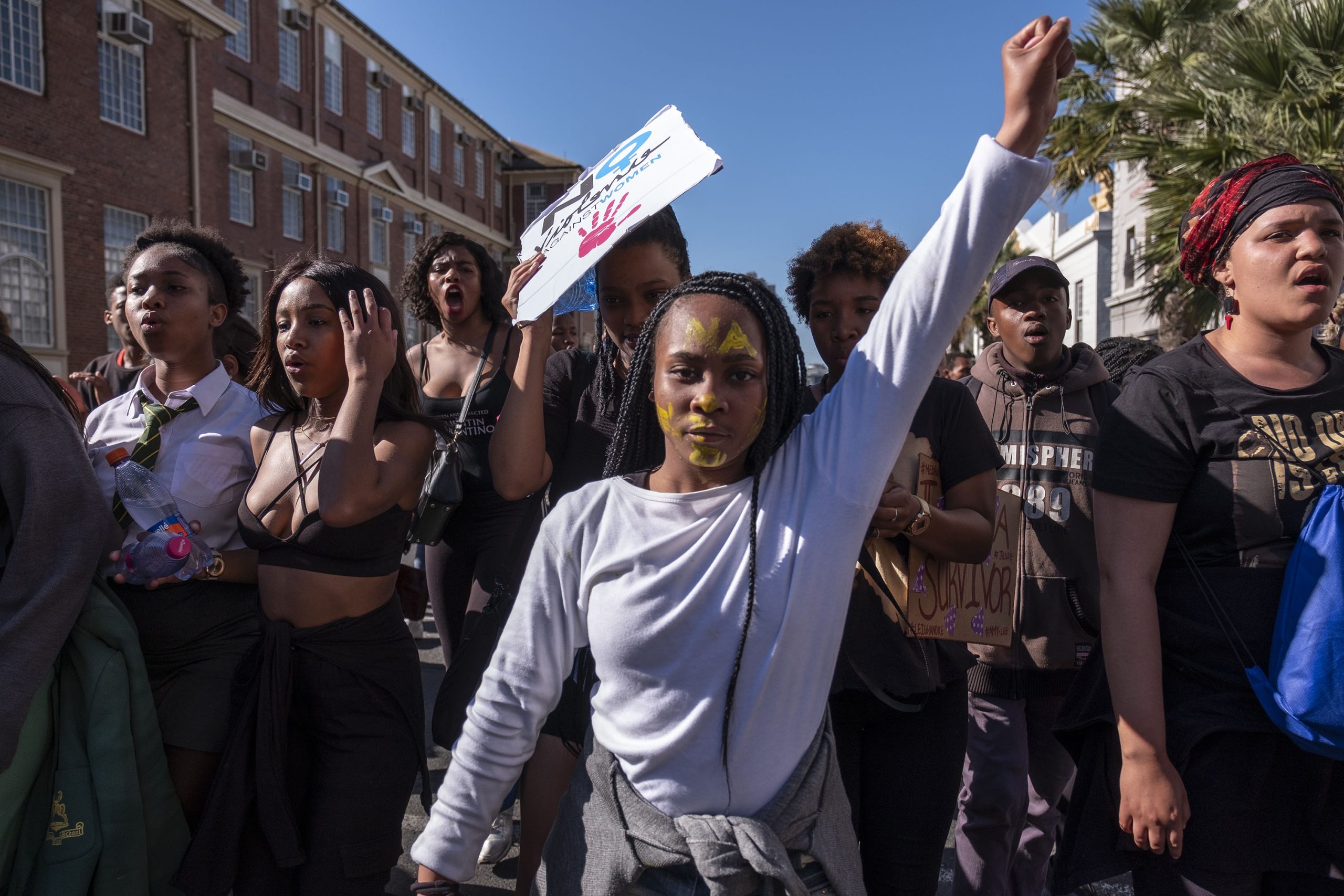 The relationship our country has with gender based violence, rape, sexual assault and femicide is violently and disturbingly pathological — the facts of it, and the denialism that seeks to protect it, unbearable and impossible to make sense if.

I do not know how to begin to make sense of it, and often wonder if the ocean it flows from is one of Hate or Hurt? And if I’ll be swept up by its tide?

Watching actor and TV personality Amanda du Pont’s Instagram video this morning,  where she opens up about the years of sustained violence and rape she endured at the hands of Jub Jub (Melemo Maarohany) I felt myself being gripped by a familiar grief and fear. 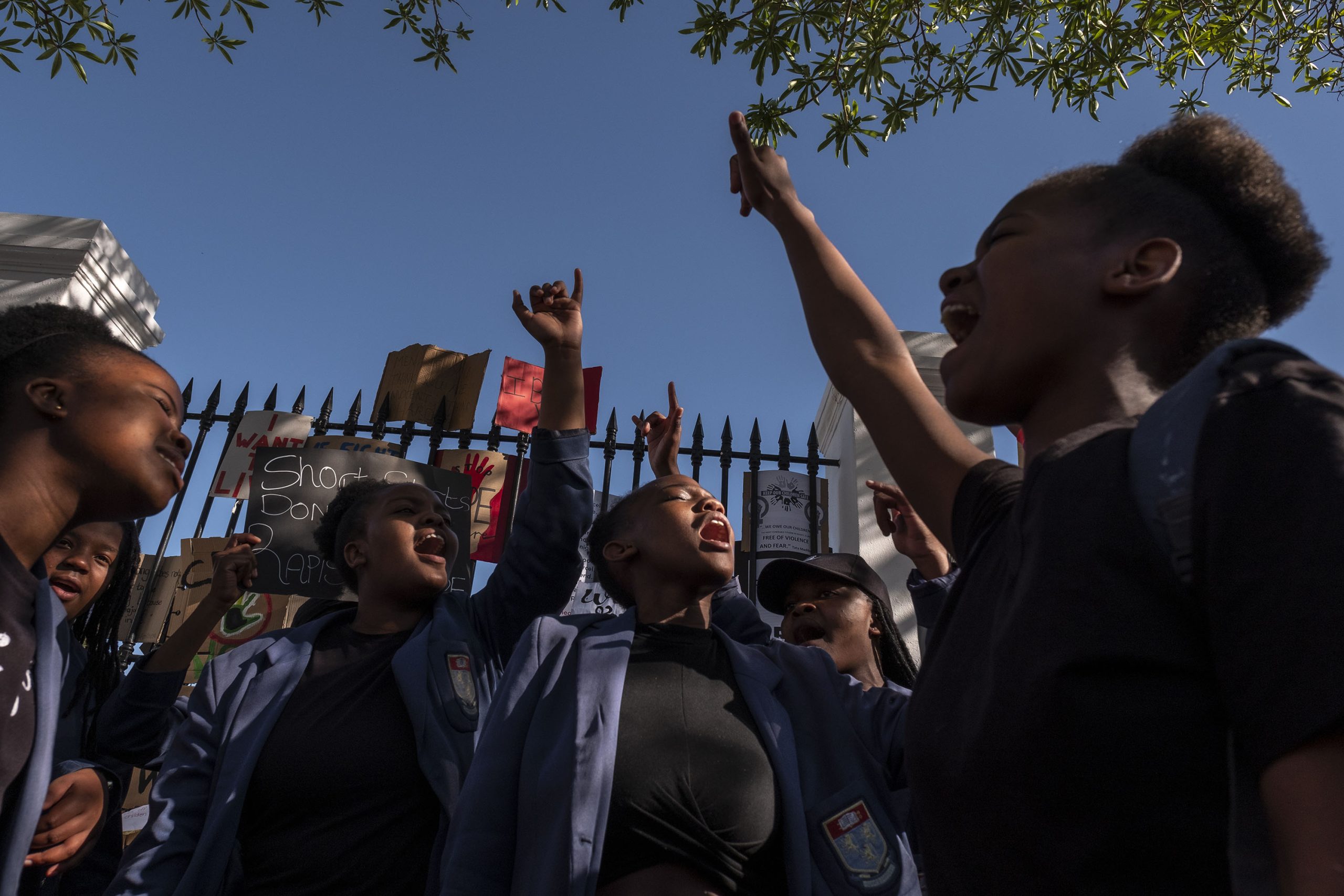 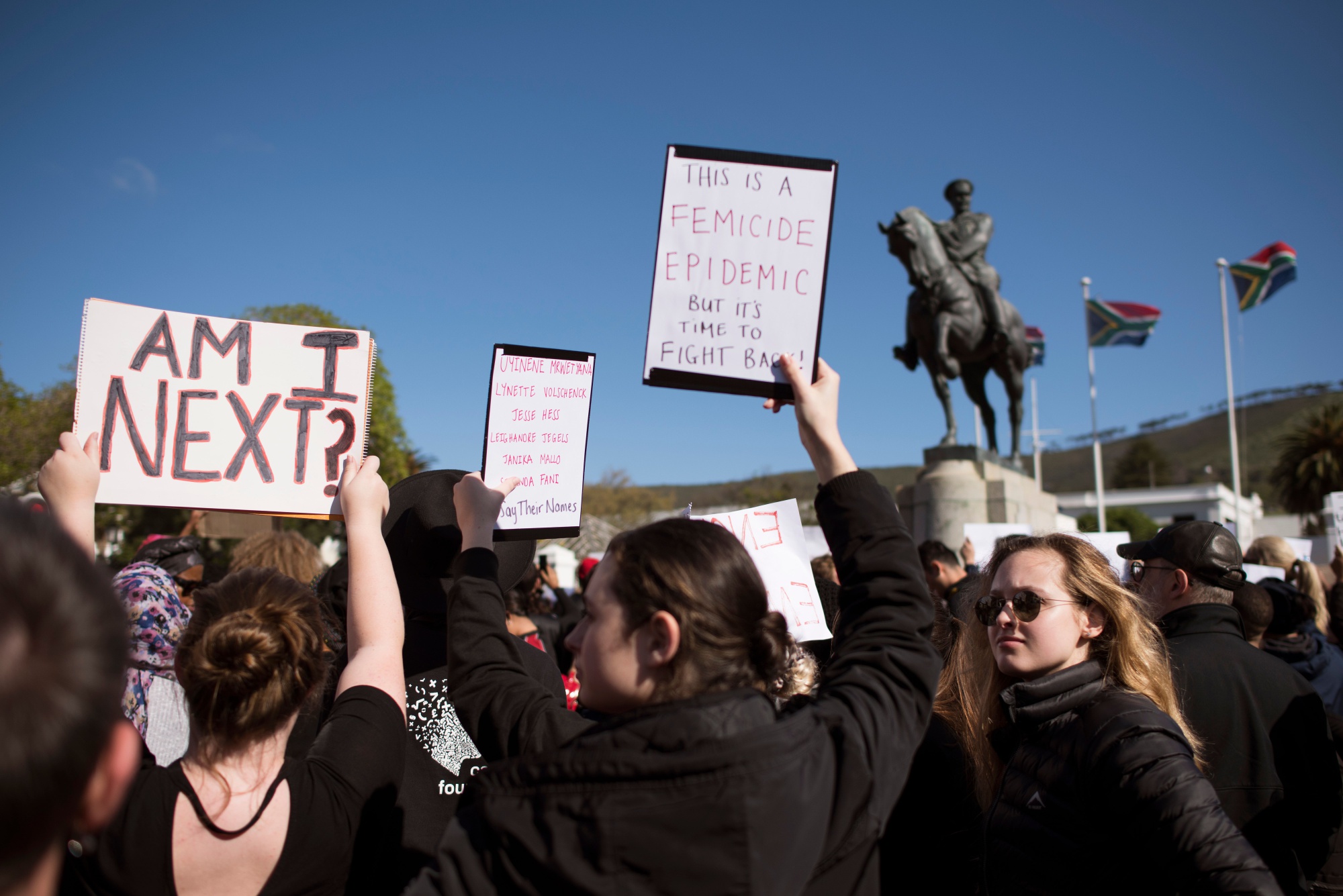 “I was raped, physically and emotionally abused for two years by Jub Jub, the only thing I did wrong was keep quiet but that ends here. I will not be publicly ridiculed by this criminal, him and Mac G saw it fit to drag my name on their podcast for clout at the cost of amplifying a Gender Based Violence Case,” reads the caption to the 18 minute video. And as I read through the tweet comments in response to it, I felt a familiar rage stirring within me.

The overwhelming amount of South Africans questioning the legitimacy of du Pont’s truth, painting her as a bitter scorned woman with an agenda against Jub Jub, out to ruin his career, unable — or refusing — to understand the nature of consent, chilled me to the bone. 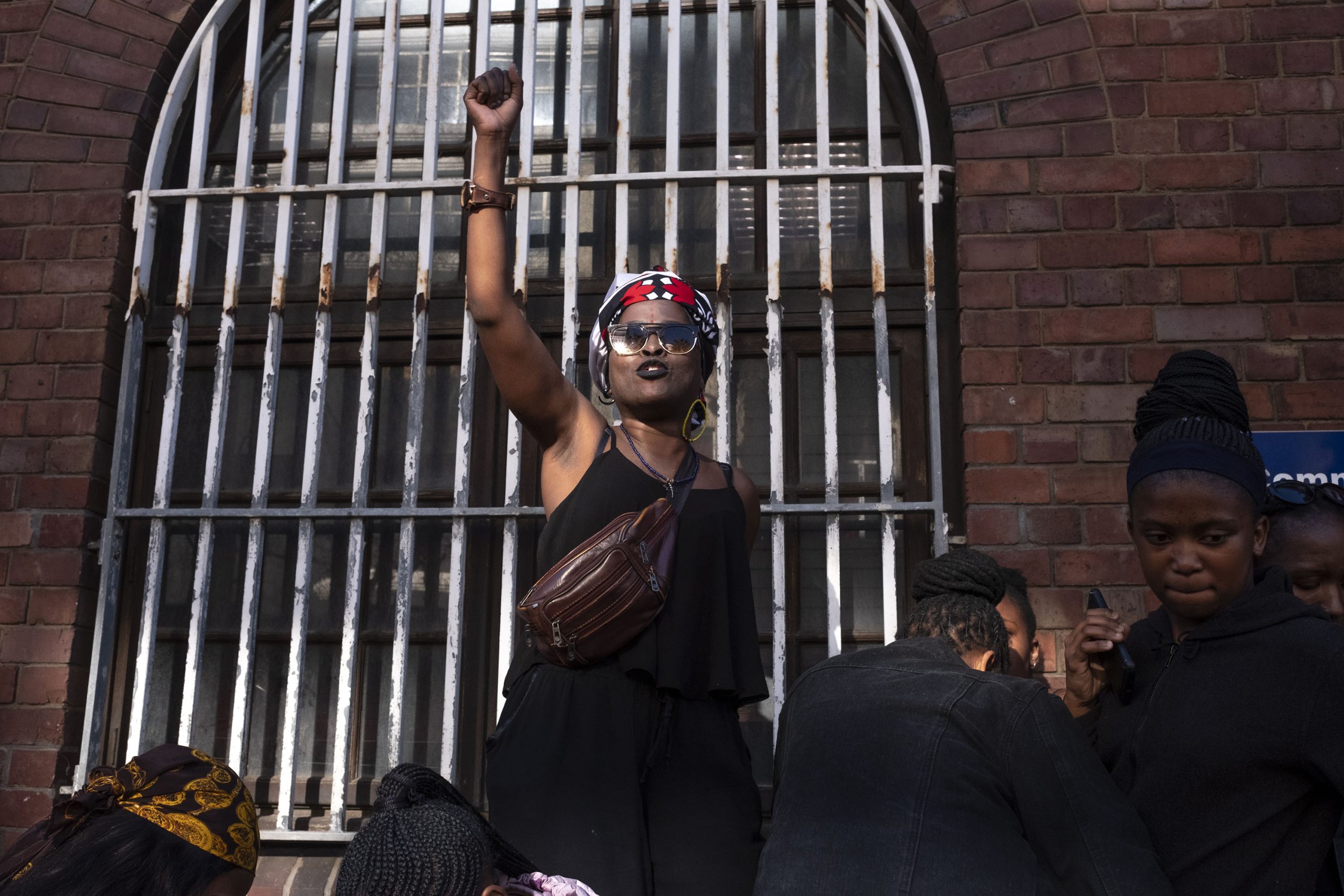 I used to have so much Hope for this country — the Azania of its tomorrow — and its capacity to heal and be better. Now, what I mostly feel in relation to it, is a Terror drenched in exhaustion.

I don’t know where we go from here, beyond the lip service received from our government like clockwork every women’s month or during 16 days of activism against gender-based violence, beyond performed outrage and tone-deaf campaigns.

Somewhere down the line, a brutal Black patriarchy came to replace a brutal white patriarchy, and we; the femme, Trans and queer were still left out in the hunting ground, prey for snatching. We often talk about a new day coming, close your eyes, can you hear her? I used to think I knew what this meant and looked like but now I accept with a defeated humility and exhaustion that I in fact, have no idea. 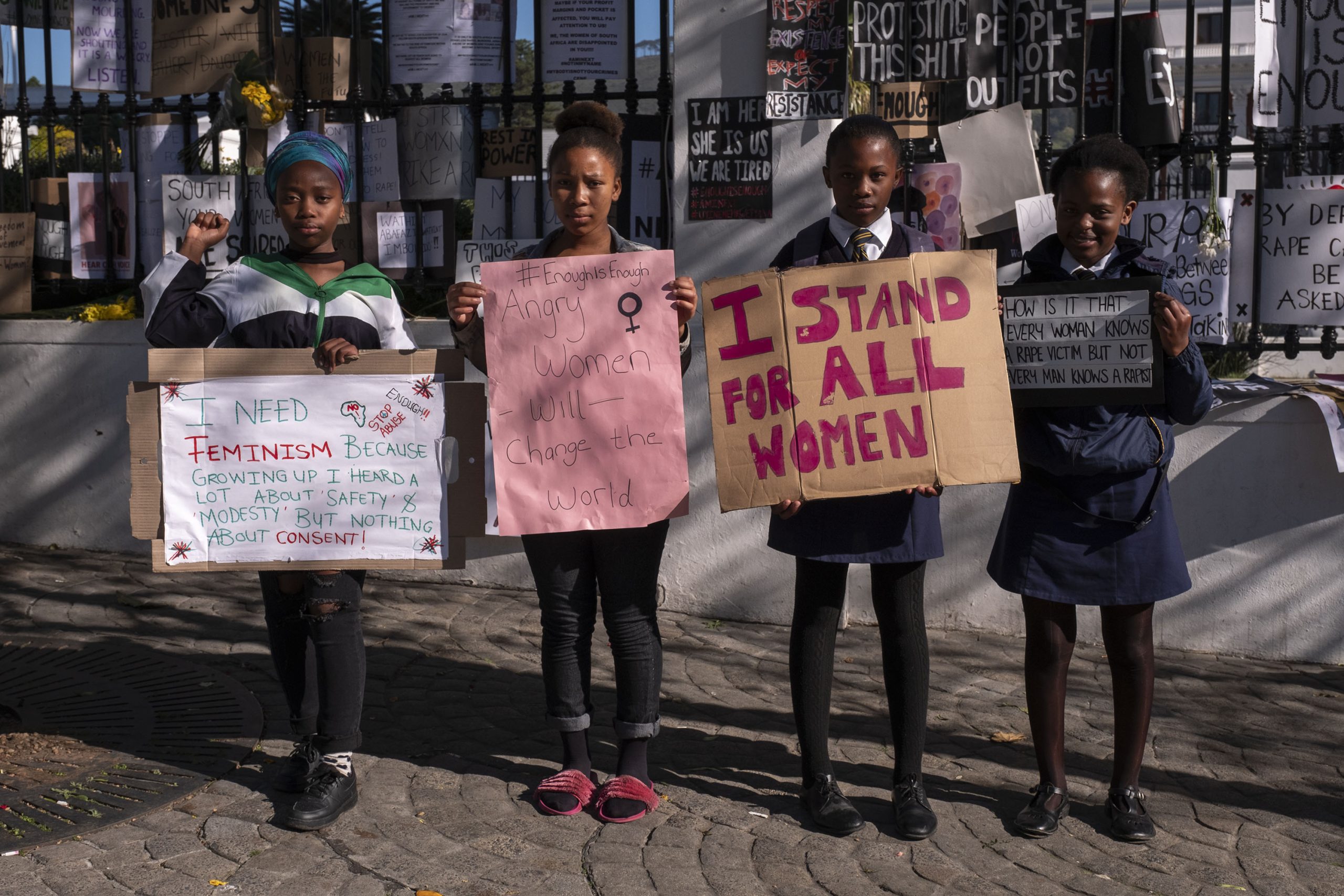 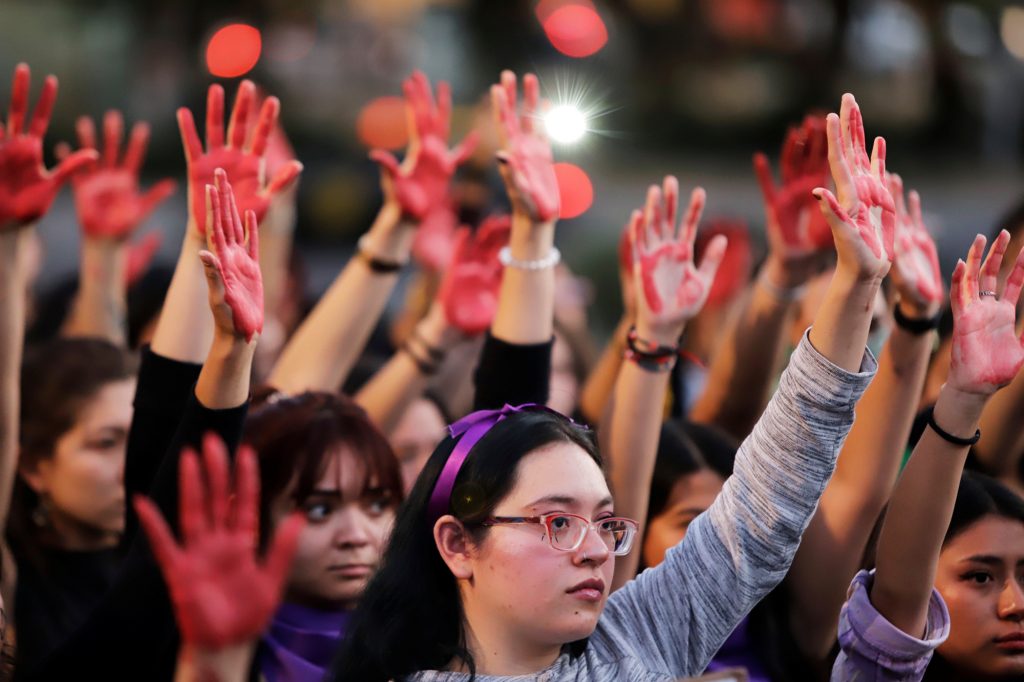 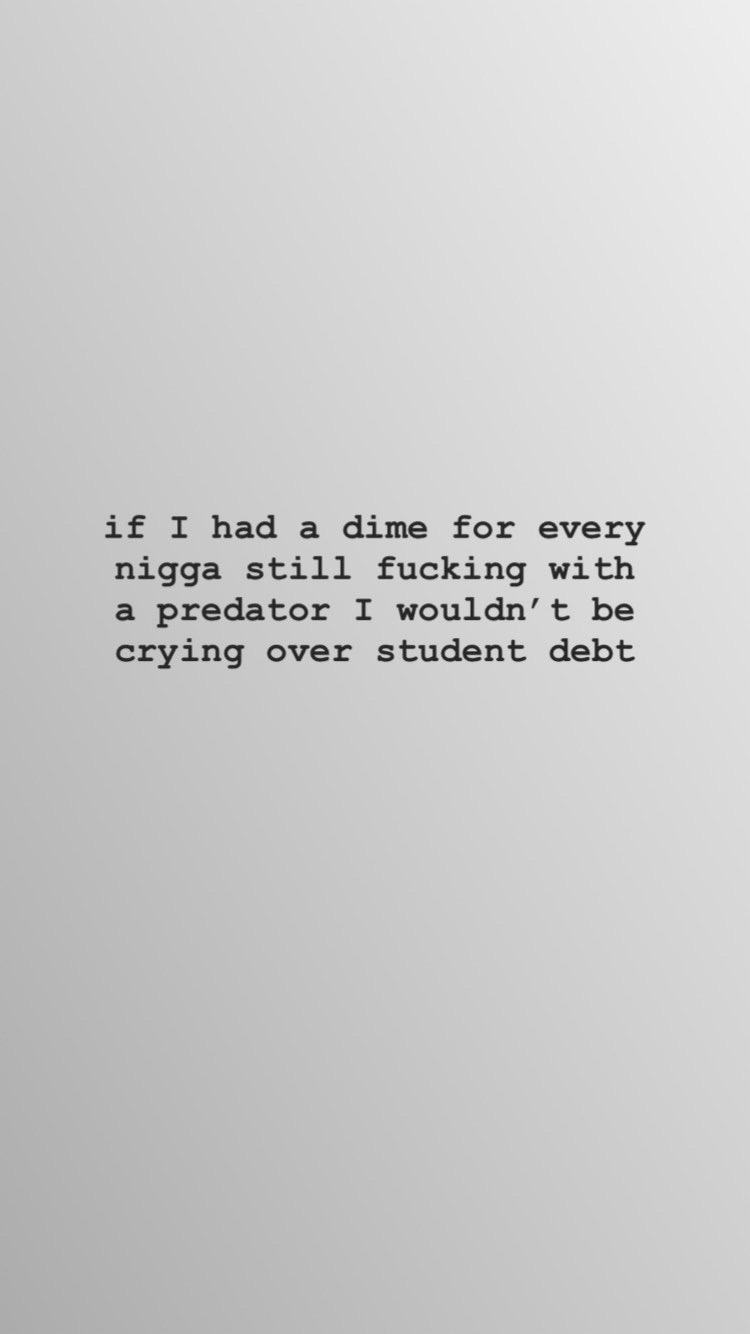 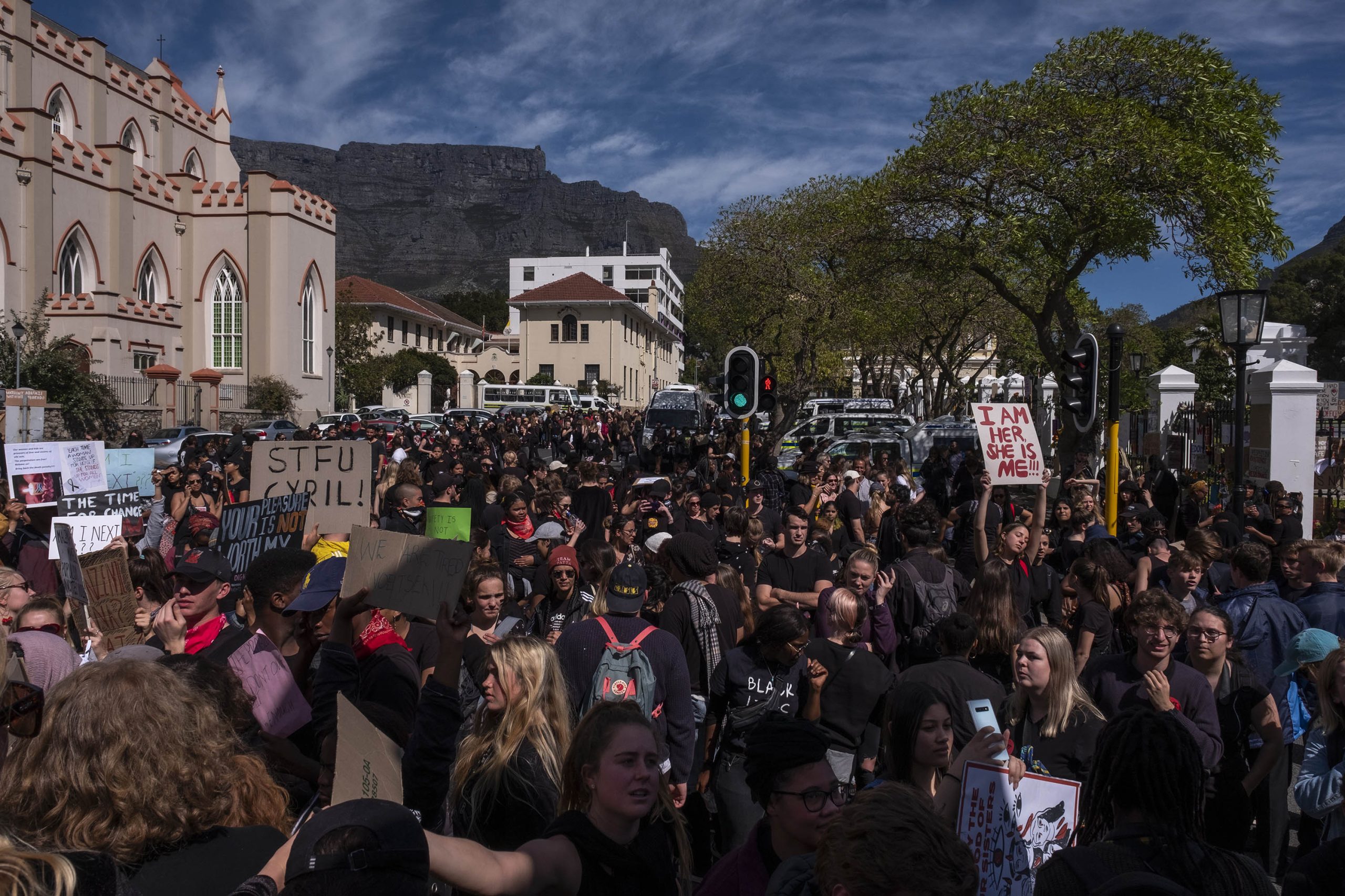