Is Harry Styles too comfortable in his (performed) ambiguity? - Bubblegum Club

There are few white men I find as endearing as Harry Styles. There’s something heart warming about watching your former teen boyband sensation grow into a matured, self-confident solo artist. He’s also done a good job of keeping his hands relatively clean of any internet mess for what’s coming up on a decade. He gets up on stage and coons to his folky melodies in his colourful suits. But if anything is unsettling about the whole act is how much he relishes in the greys of ambiguity and the doors this opens up for him. One such door is his upcoming film, where Harry has bagged the starring role in My Policeman based on the modern American gay literary classic, and there aren’t too many of those. What we’ve been seeing over the last few decades in popular culture, is an attempt to create something of a literary-filmic universe built upon various queer stories. There are mountains and there are molehills, and then there are attempts to make something for us. Sometimes the result of this is contentious and rightfully criticised such as with Call Me By Your Name. 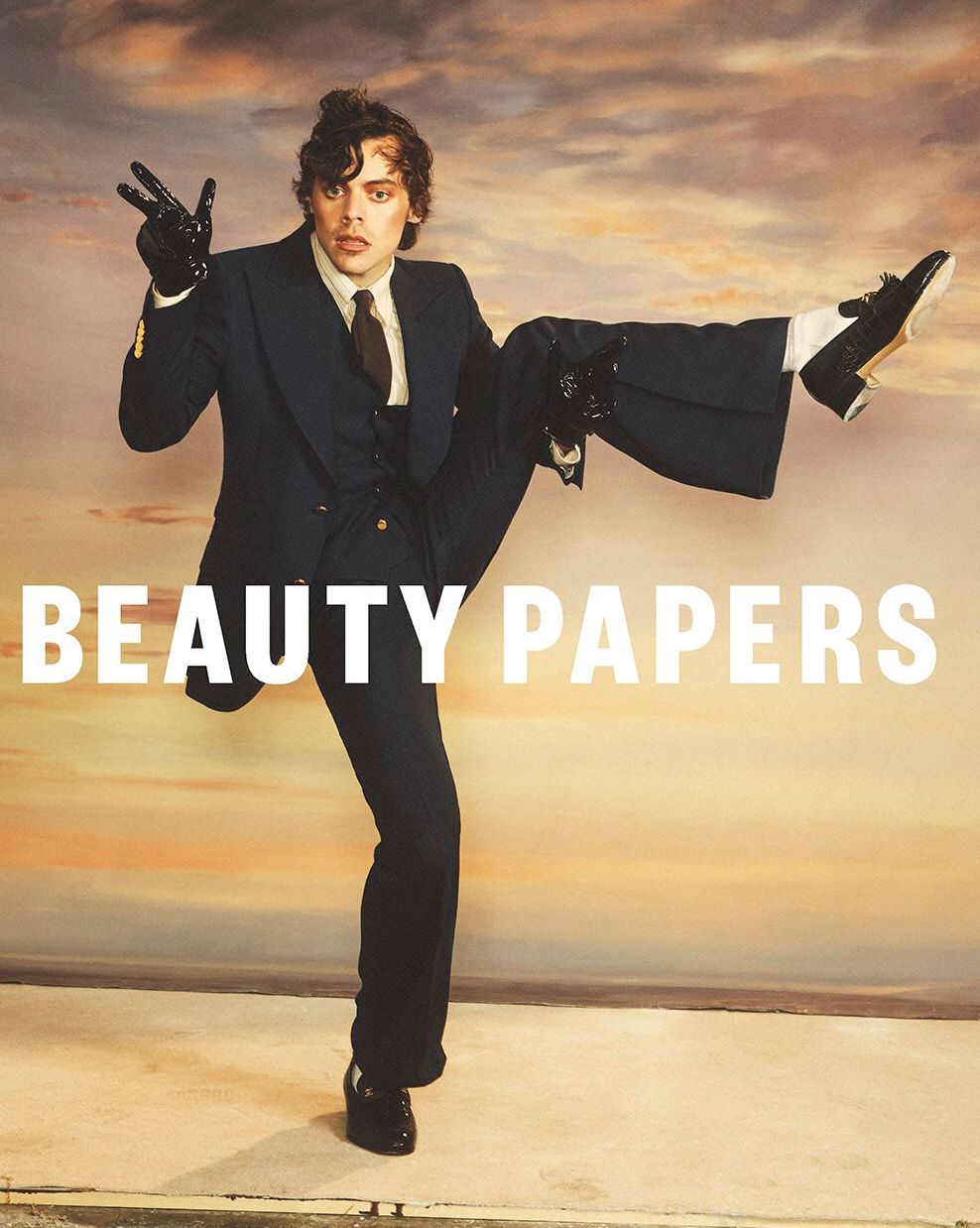 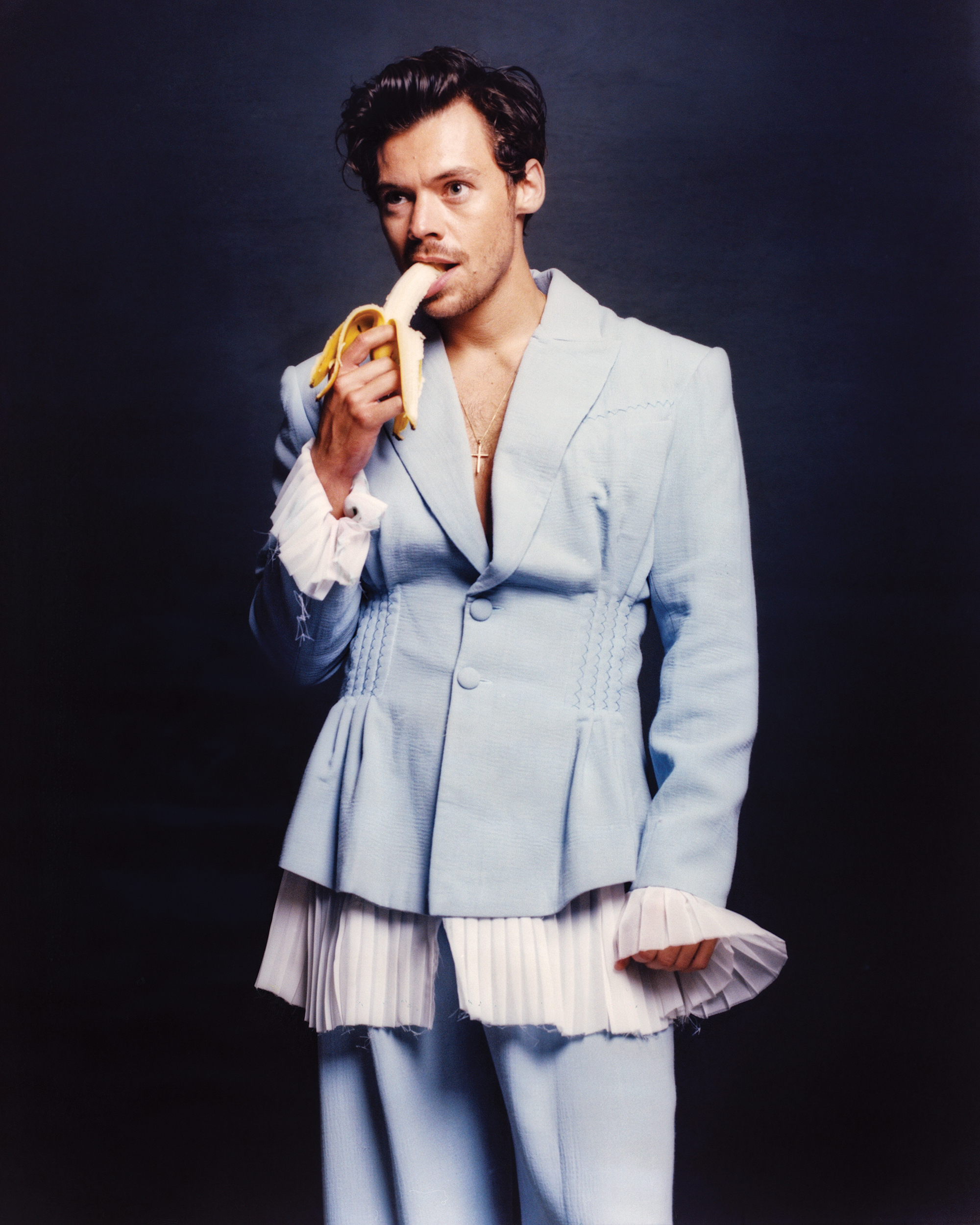 However, as it stands, My Policeman is one of those few uncontested literary classics now about to be turned into a movie. So, to then place Harry as the lead of the film seems lacking in the appropriate amount of consideration and delicacy deserved for a film adaption of something with such great significance and its community. It becomes especially more crass when you know that the novel is about a queer man who is essentially forced into a marriage with a woman to survive in society, while still maintaining affections for another man. Harry doesn’t have those problems; he’s already the first man to grace the cover of Vogue by himself, and he did so in a dress no less. He can do what so many queer people could never. The common rebuttal to this claim is that Harry himself has never made it explicitly clear whether he actually is a heterosexual or not. In fact, when questioned about his sexuality in an interview for The Guardian in 2019, his response was clear:

Harry Styles: It’s not like I’m sitting on an answer, and protecting it, and holding it back. It’s not a case of: I’m not telling you cos I don’t want to tell you. It’s not: ooh this is mine and it’s not yours.

Interviewer: What is it then?

Harry Styles: It’s: who cares? Does that make sense? It’s just: who cares? 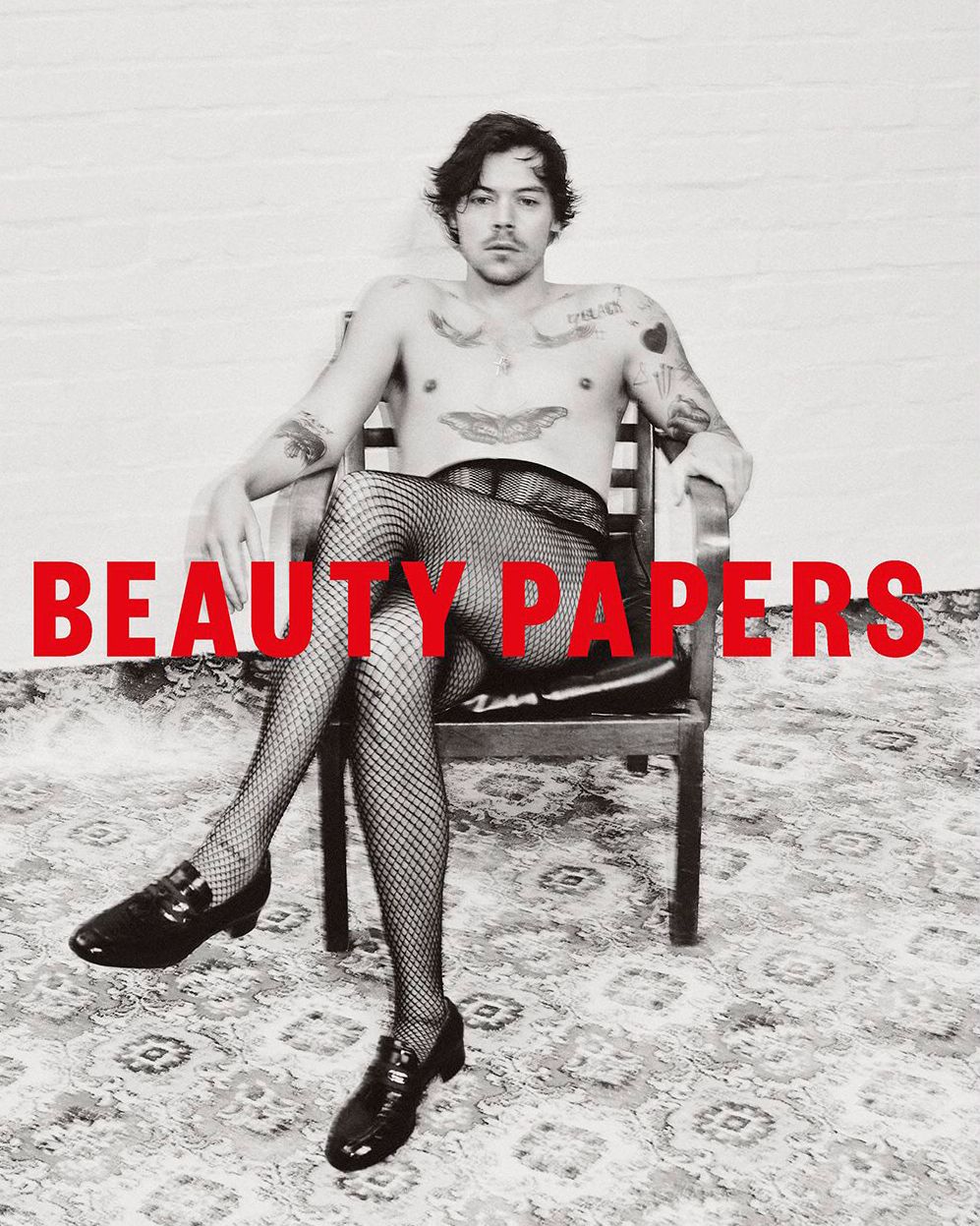 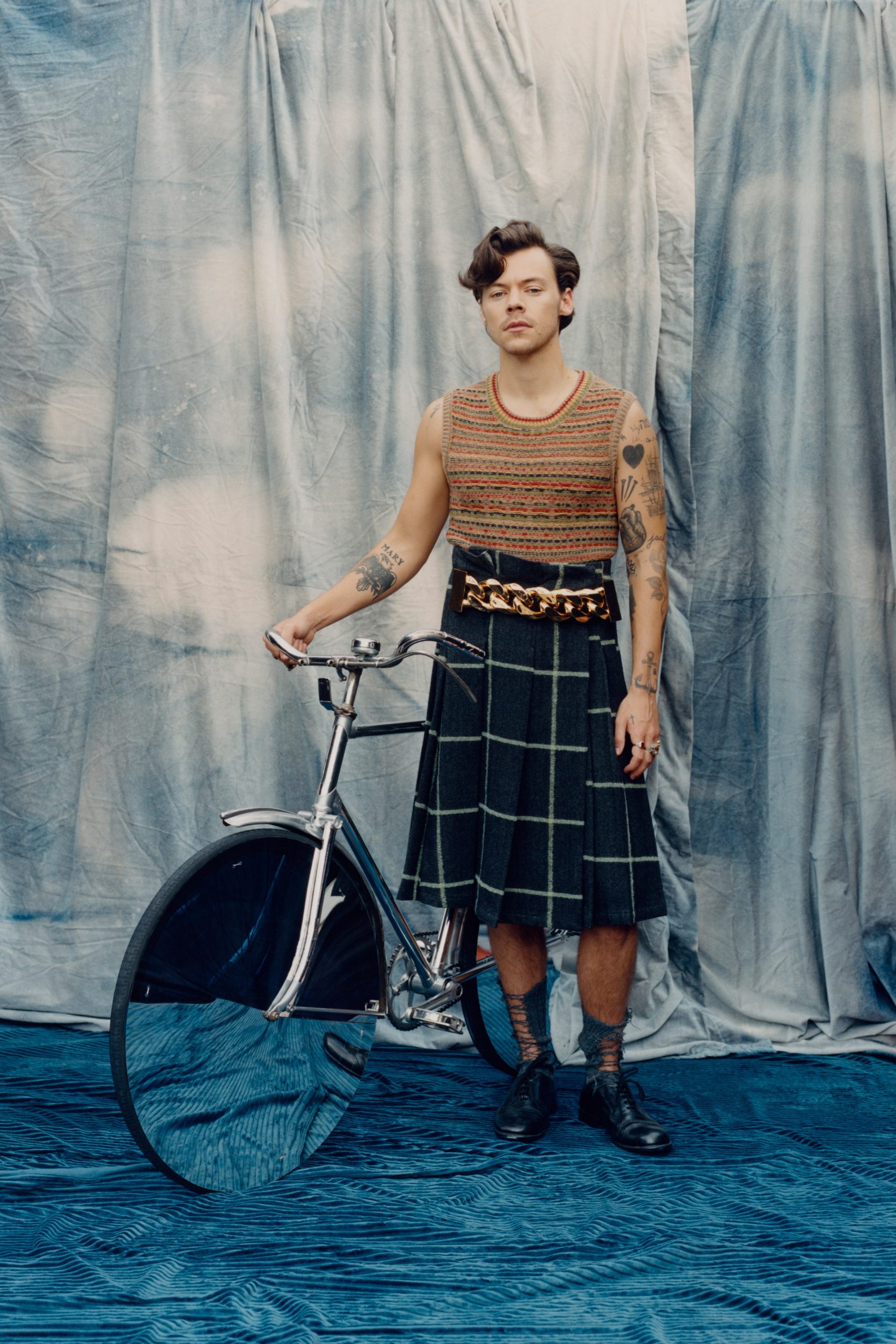 Oh, how I so wish it was a matter of “who cares”. Wouldn’t it be so lovely if each person’s sexuality was a concern of theirs alone as opposed to it being the subject of legislative debate or even a cause of death? Wouldn’t it all just be so lovely? However, in his own ignorance Styles does make a fair point: he’s entitled to that privacy and ambiguity. He’s allowed to wear his sheer blouses and pearl earrings without having to explaining anything to anyone. No one should have to declare themselves. Yet, there are people who haven’t been able to live in that ambiguity, and instead find themselves forced into the vulnerable space of an existence marked by debate and carceral scrutiny. Their private lives becoming public debate. Harry — unknowingly or not — is constantly walking the fine line between those two spheres of life. His personal style is his alone, but his roles in films like My Policeman are something consumed communally; which is the sentiment that seems to be lost on Harry and crew. Queer people have taken to the arts to find some kind of connection and community, to picking up pieces like My Policeman as a way of having their own realities reflected back at them. Quite simply; if Harry Styles can’t grasp the socio-political significance of why it matters how he performs his sexuality — the reasons and histories behind the “who cares”, then surely it doesn’t make sense for him to occupy roles where the conflict(s) of the character’s life revolves around that very matter. 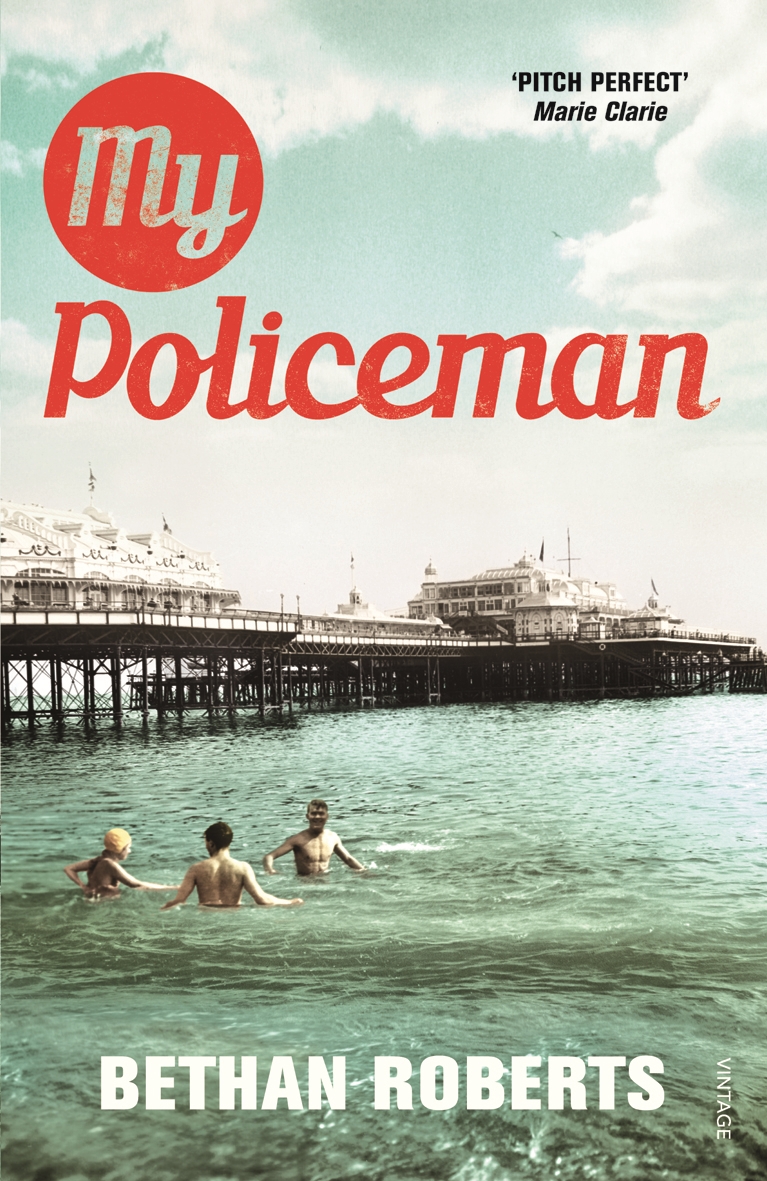 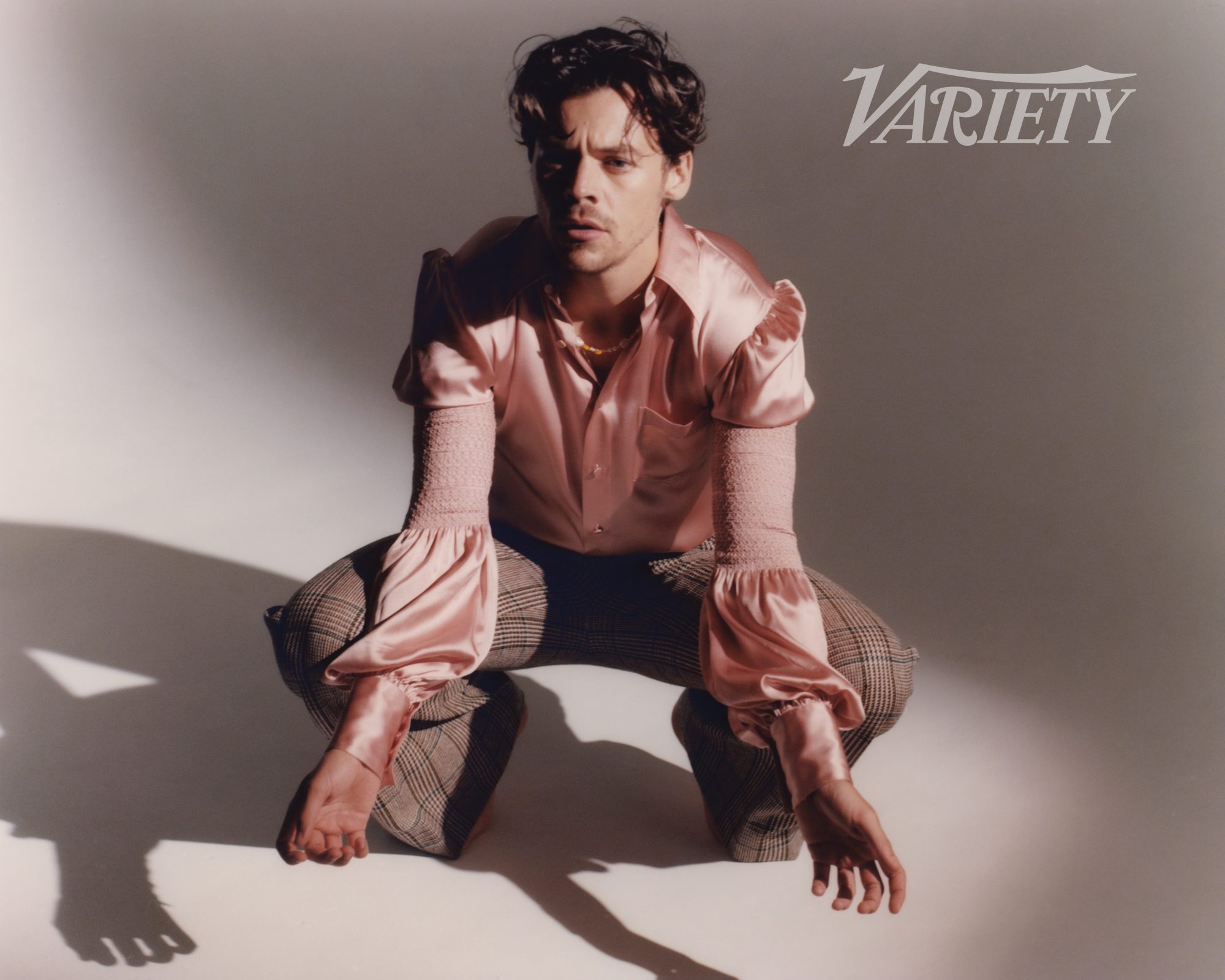