It’s an unfortunate realisation to come to when one begins to notice that much of our country’s national holidays are symbolic gestures, rather than markers of actual change. The disappointment is in realising that the symbolic gestures end at symbolism, and don’t reflect any progress in the actual lived experiences of many within the country. This isn’t to say there isn’t something valuable in the symbolism itself.

As we edge past Women’s Day, within Women’s Month, I can’t help but ask: do we really have no sex symbols? By this I mean, a person who is recalled (and perhaps even celebrated) in our presently unravelling media history as someone who so finely crafted their public image around their empowered sex/sexuality. It occurs to me that there really isn’t a Marilyn Monroe in our country, memorialised by a blow of the dress, cheekily caught almost exposing her underwear.

And this isn’t at all a failure of South African artists. Between newer artists like Moonchild Sanelly and Desire Marea, there’s clearly a wave of new artists standing strongly in their queerness and utilising their craft to address sex. But rather, it just shows that South African society hasn’t progressed as much as we’d like to believe, to be able to truly celebrate sex in the way we celebrate images associated with respectability. While Marilyn Monroe was — and is still by no means a unanimously celebrated figure with regards to her sex(uality) — it cemented her place in history.

What happens on a local level, however, is a shortcoming in archiving the work, lives and cultural contributions of icons such as Lebo Mathosa — not just as a legendary musician but as someone who has all the makings of a sex icon. Especially having left her teen star days as part of Boom Shaka, she grew into someone provocative, confident and bold in her sexuality (in an era of media obsessed with scandalising her bisexuality). In these ways, she favours her own icon, Brenda Fassie, who also faced much media speculation and scandal surrounding her sexuality. Might these have been our last sex icons? And if so, it highlights the horrible possibility that we aren’t actually making any strides forward in creating a sex-liberated South Africa. 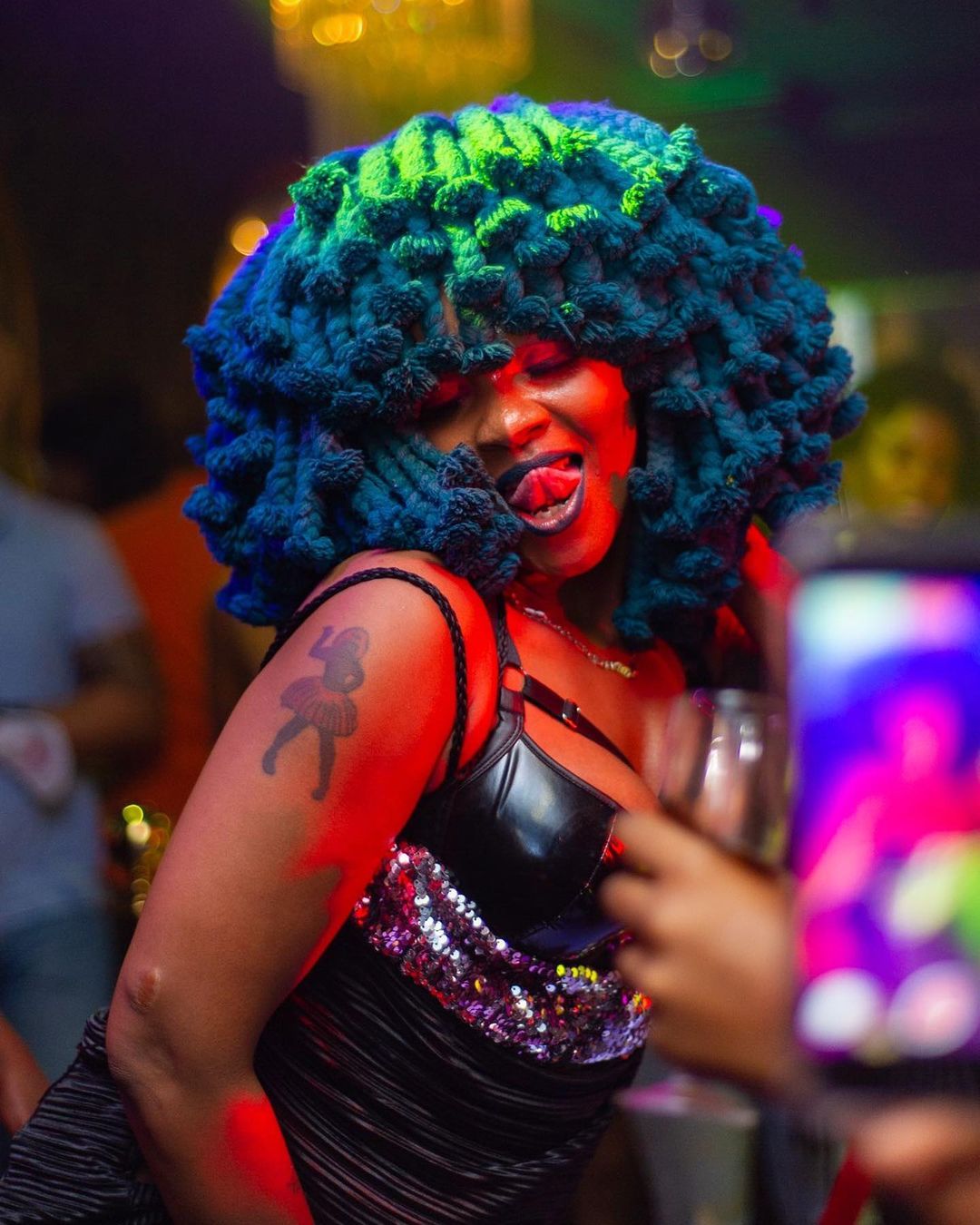 There’s something to be said here about how we ultimately need to get better at the archiving of our pop culture, especially where the contributions of Black femmes are concerned. In some ways, we’re getting better on that front. But the media still has a long way to go, and it might be too late to completely wash off the stigma our last sex icons faced as queer Black femmes in a world that didn’t know how or where to make room for them.

It’s violent. It’s violent in recollection, which isn’t far off from the violence that is presently experienced by femmes in actual everyday lived experience. What a symbolic gesture of the media presenting our local entertainers and public figures as femme sex icons could do, is begin to make progress towards being a more sex-positive society, ultimately going towards protecting our most disenfranchised members. What might it be like if we could have our very own Beyoncé’s, lauded not only for her talent and craft but for being freaky on that very craft? It’s a soft power — but a power nonetheless — and in a country built upon symbolic gestures, soft power is our greatest tool.