Overwhelmingly, those folks are Black trans women, Black cisgender women, and other Black queer and trans people—including youth. Black people—as well as Indigenous people and other people of color—deserve to be able to perform sex work without any limitations or stigmas attached, and this means that everyone must commit to learning from sex workers about sex work and sex workers’ needs.

Recently, on 30 July Kehlani dropped her sixth “quarantine” style video for the track “Can I” the video is directed by Hyphy Williams and comes off of her Sophomore album It Was Good Until It Wasn’t, which has been listed as one of HYPEBEAST’s top 25 albums of 2020 so far. “Our video is [an] ode to sex work. Honouring sex workers. Uplifting their movement. That’s it”, declared a tweet from the R&B songstress the day of the video’s release.

This shit’s so good, should be illegal
Need round two, I need a sequel
Hit the backboard like a free throw
You next level, you a cheat code
In so deep, you hit my seafloor

Sings a baby-hair-laid Khelani performing the song to her screen while watching clips of Black femme cam performers and tip tip tipping the huns for their work and labour.

The music video centralises the Sex Workers themselves and is a beautiful and sensual visual ode and celebration of the radical pleasure and (be)cumming work done specifically by Black queer and trans femme Sex Workers, who are still the most vulnerable and unprotected individuals working within the economies of sex and in our societies in general.

Fleshed by Sex Workers of different sizes and shades of Black, who represent just some of the constellations that form the many Cosmologies of Black femme embodiment and existence; all the cam performers in the music video are named, credited and placed front and centre in its visual narrative.

In the spirit of highlighting and celebrating the Sex Work done by Black femme and Non-binary huns and individuals of colour, we profile a few local babes serving us fierce hot content on OnlyFans; Nkuley Masemola, Mélissa and Tehillah.

Nkuley is a 20something year old  DJ, Model and Creative Director from Joburg. They got into “sex” work at the age of 18 and at first it was primarily through them trading visuals of parts of their body for money with dzaddy’s on Facebook.

I didn’t think much of it, I wasn’t anxious nor scared. I just felt good because I felt like I had power over people by just using my body and seduction — that for me was a bit of validation (I’m obsessed with the idea of self worship) — I also had known sex workers to be the most beautiful people in the world from my mom although she was against sex work as a whole she commended them all the time for the effort they put into their beauty.

If you move within Joburg’s queer community you may have also come across them at a Vogue Nights, Pussy Party or Le Grand Ball affair, or while scrolling through your social media featured in a new campaign.

Fairly new to OnlyFans, they only started their page during lockdown and used their main twitter account to promote it. “I literally just uploaded a teaser because I’m more into soft porn/homoerotica and people obviously wanted me to be naked so i took a backseat haha”, they said of their OnlyFans birthing. 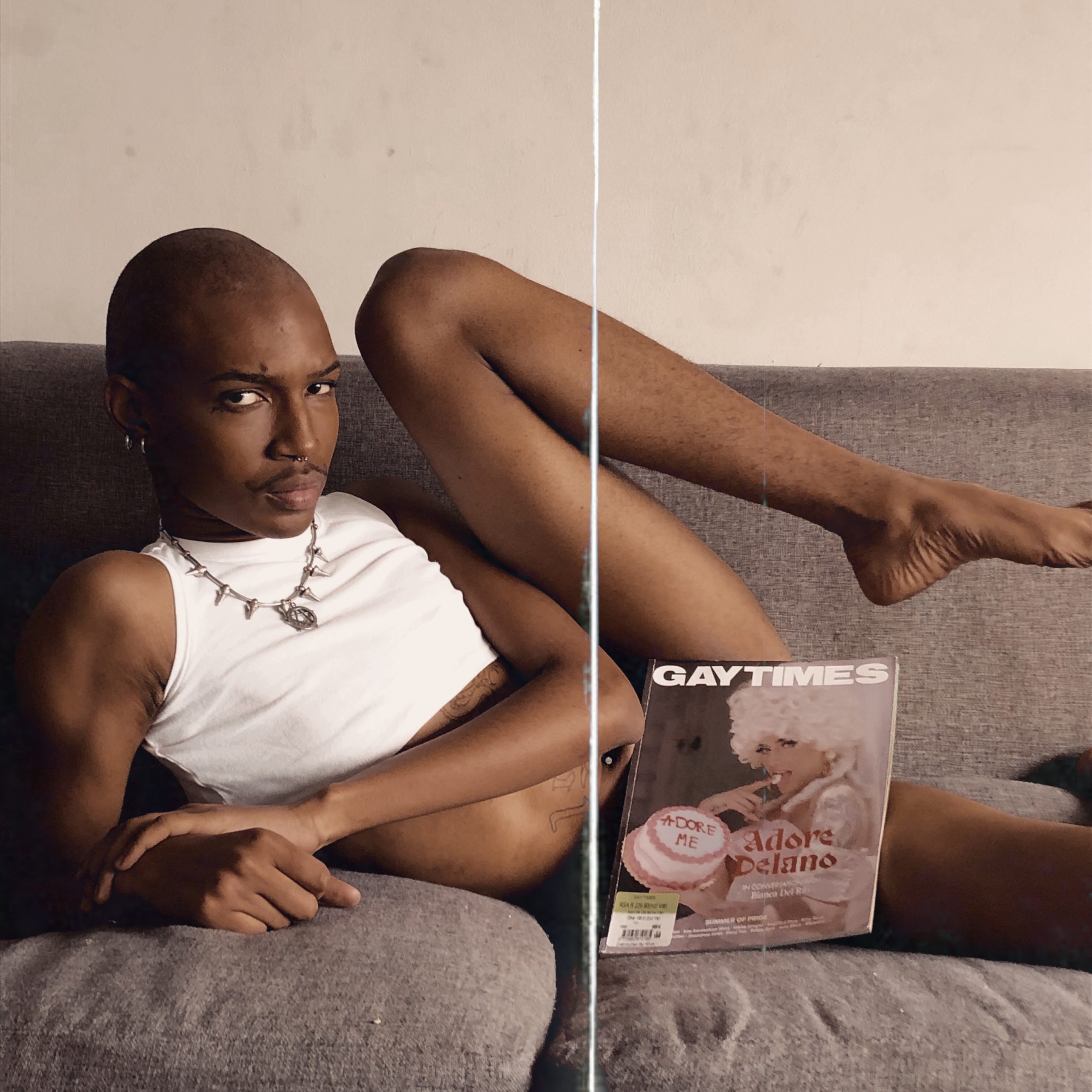 I go by Polgara when in the space of sex work. I am a sexual being and shapeshifter. I say that because I’m always changing. Always exploring. I think because growing up was a difficult time, masterbation and having this extreme sexual presence was a way I nurtured myself.

There were a lot of things missing in my childhood and I kind of filled the gaps I needed to fill on my own and in my own way and doing this is kind of part of it. I’m a little weird and finding my footing in this world. It’s definitely a constant learning experience.

For Tehillah, their work on OnlyFans is all about trail and error and sexual self-discovery outside of having a partner, their articulation of Sex Work is also rooted in celebrating all of the manifestations and folds of their body and pleasure.

I enjoy capturing the unconventional side of me…At the moment the content that I’ve been creating showcases my sexy, eye catchingly weird side (just photos I take of myself by myself) and it’s helping me really figure out what I enjoy sexually without having a partner involved. Usually people know where they stand and what they like in the bedroom because they have a partner to figure it out with. I on the other hand am doing that just with me. It’s fun, silly, hot and a work in progress.

What, has been most challenging to navigate for Tehillah has been the emotional and mental taxation of doing this type of labour and adjusting to the amount of energy it requires from them, “it takes a lot out of a person. You just have to remember who you are, what is worth it and what isn’t.

Just like everything in life you have to have boundaries, communication and balance or else you can easily feel overwhelmed” they shared.

Their page operates on a subscription basis like a magazine where individuals can access over 200 pictures and daily posts for the month, the subscription can be renewed monthly and people are also welcome to send extra coint for sexts and dick pic ratings. 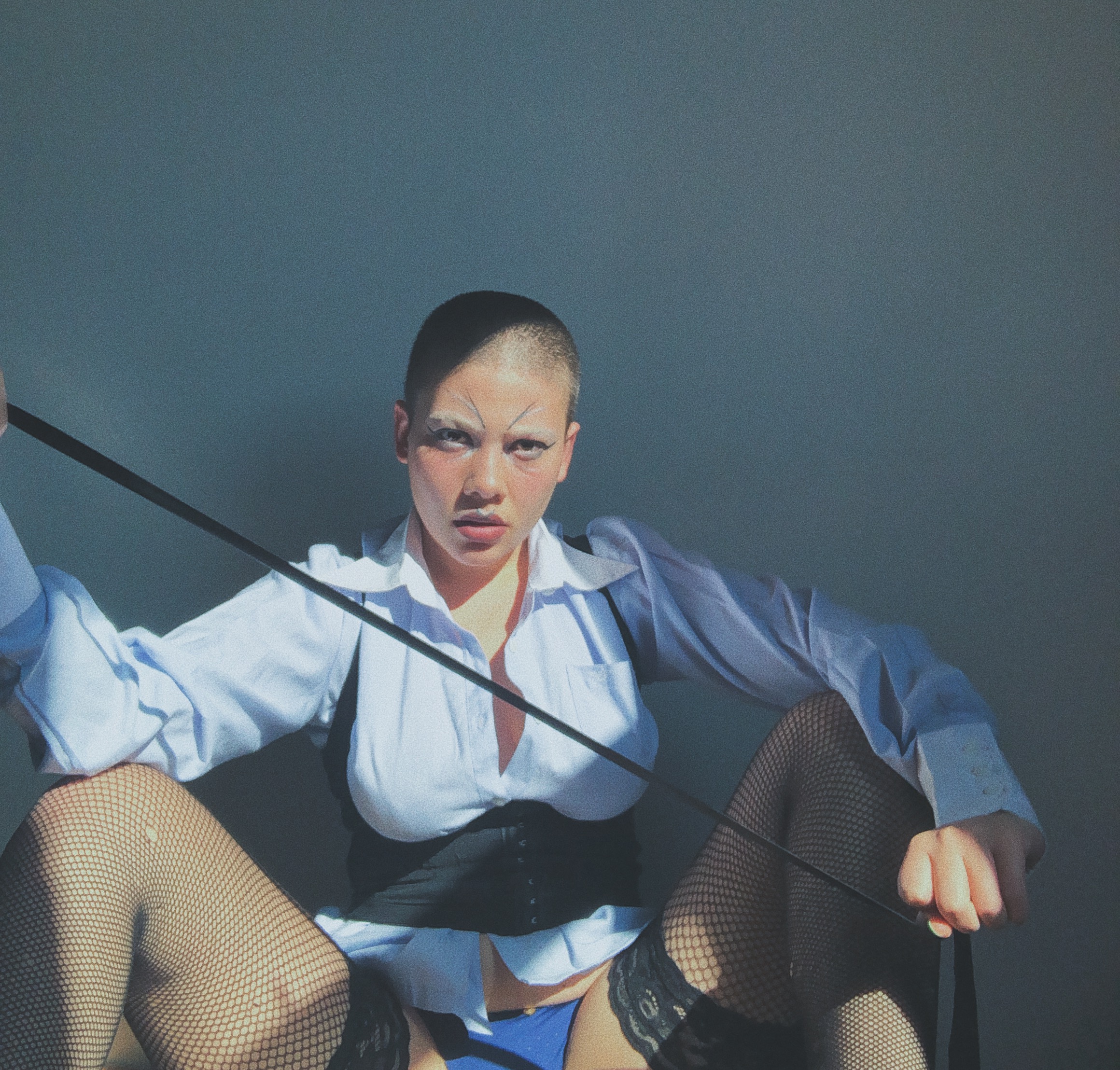 Like Nkuley, Mélissa’s OnlyFans birthing is quite recent and was initiated by the national Lockdown. Prior to this it had always been something she had considered but never actually followed through with. Amidst a national and global condition of job scarcity and employment insecurity and propelled by the need for sustained income, Mélissa turned to the platform although her initial ideas about Sex Work were connected to IRL physicality.

An initial apprehension she had about working on the digital platform was an anxiety about men and potentially harmful and disrespectful engagements with them, “I had my account for over a month before I actually promoted it because I thought I’d have to interact with men who aren’t respecting me as a person or respecting my boundaries, however so far I have only had respectful clients and I really appreciate that OnlyFans has encouraged this behaviour” she shared.

Consisting of solo content in the form of videos mainly and softcore nudity, her content and aesthetic is very much driven by the art of suggestion or “teasing”, along with daily personal interaction she has with her subscribers where Mélissa shares private content and performs personal requests. Speaking to the increased visibility of Sex Work and Sex Workers through music, art and resistance and the effort towards Sex Work being recognised as the legal  and valid labour it is, she shared:

I think the conversation is being had and being looked at and respected in a way which I have never seen it been before. However I mostly see these conversations on Twitter and amongst my circles of friends and I’m not sure how widespread that conversation is.

Once it’s recognised by government and respected by the majority I think that’s when we’ll see real change. But I do believe that eventually Sex Work will be recognised as the important work that it is, hopefully sooner rather than later.

There’s still a lot of ignorance surrounding the topic and I have encountered men who you can tell don’t respect it at all and don’t respect people involved in it either. It’s important that these conversations surrounding sex work and its legitimacy, as well as the protection of Black Queer and Trans people do not just remain on the internet. 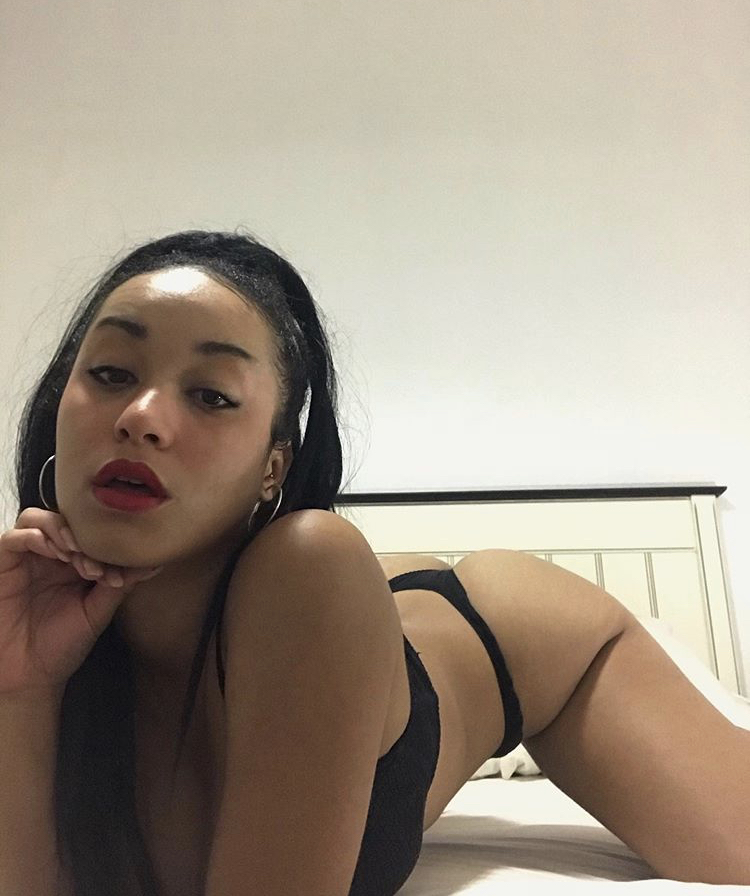 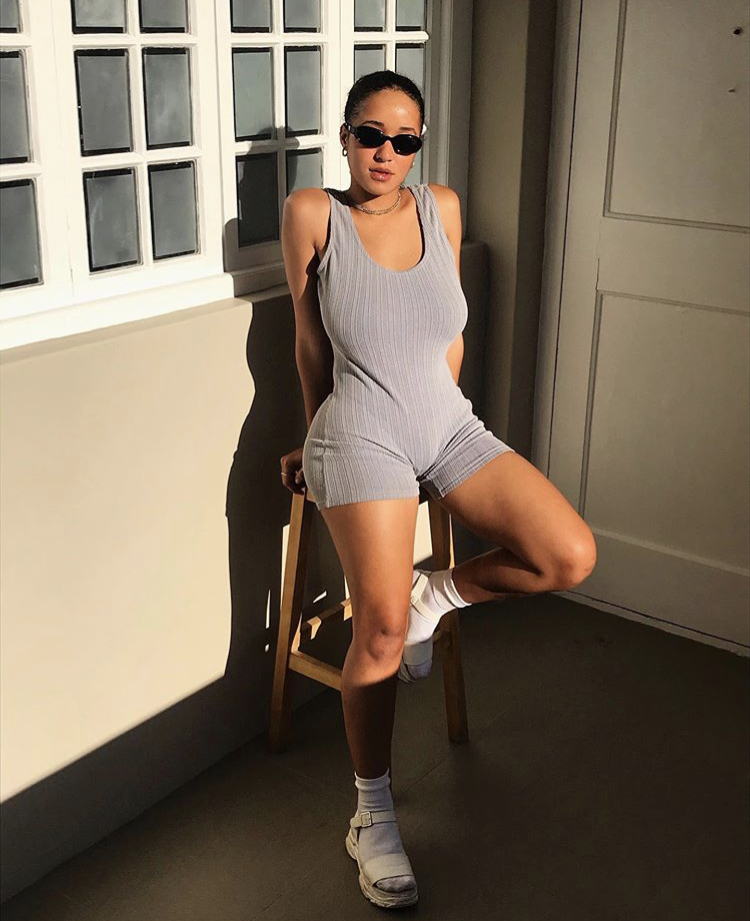