The chants coming from large crowds echo around the supreme court in Washington, DC.

It is late at night in the District of Columbia as pained groups of people hold up boards with messages such as “My body, my choice” and “Bans off my body”, in protest. Just hours ago, it was silent, no crowds to be seen, however, POLITICO brought to light what had been happening in the Capitol shadows by releasing a leaked initial draft planning for the overturning of Roe v. Wade – the 1973 decision granting women in the United States the right to access abortion within the first three months of pregnancy – and with additional limited rights to do so in their second trimester.

It is not particularly surprising that the legalities of abortion were in question, especially in the United States.

For the last six years, the debate around the autonomy of a woman’s body — or that of someone with a uterus — has increased in volume. Especially since Former US president, Donald Trump said that “some sort of punishment” should be faced by women who choose to get exercise their right to an abortion, when he was interviewed at the MSNBC town hall.

The escalation of this conversation has reached new heights and has left many around the country terrified. Justice Samuel Alito states in the leaked initial draft:

‘Roe’ was egregiously wrong from the start. Its reasoning was exceptionally weak, and the decision has had damaging consequences. And far from bringing about a national settlement of the abortion issue, ‘Roe and Casey’ have enflamed debate and deepened division. The concern for division — when the United States has arguably been divided by so many other reasons — is one that is questionable, especially because the human and bodily rights of femmes have been divisive since the dawn of time, or rather, since the dawn of sexism.

Because patriarchy persists, the validation of a woman’s personal and public needs remains “up for debate”.

It was once extremely controversial and a cause for divisive debate, for women to want to work in a quest for financial independence. In a patriarchal society, a femme person exercising their autonomy will always be “controversial”. 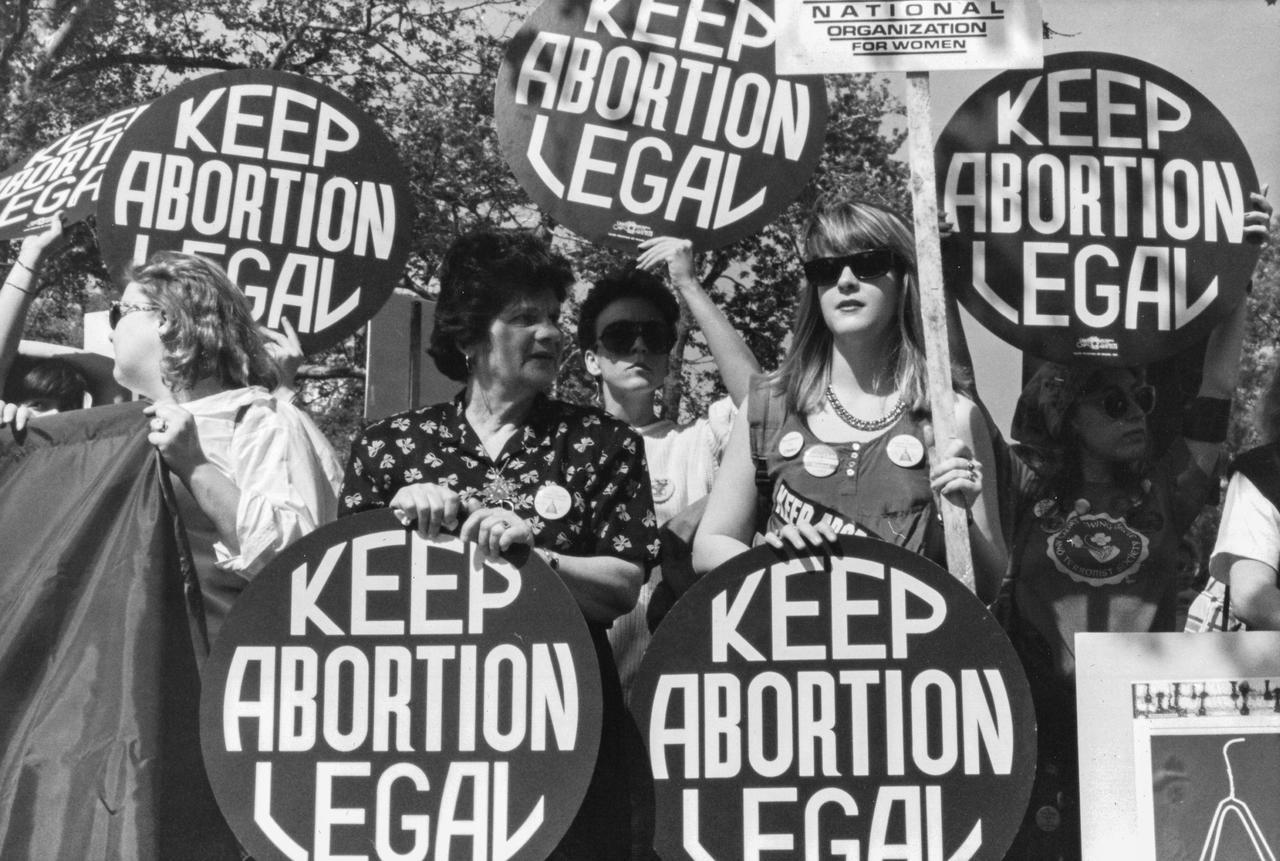 This leak has put the perverse curiosity, preoccupation with control and power that the state has over femme people’s bodies into a more focused perspective.

Why is there such a morbid and almost pathological obsession with what women decide to do with their bodies? This moment gives cause for pause, for us to ask ourselves: what foundational ideology are American courts built upon and have these spaces been critically analysed and reformed? Especially as we know the trickle down effect of American politics and cultural hegemony on the rest of the world…

This draft is an act of aggression towards those who have uteruses and their bodily and human autonomy. It is a lesson for global feminism. Just a few years ago it was legal to practice racial segregation in the form of Apartheid in South Africa.

Now, every country in the world is vehemently against it and it was only in the 1920s that it became legal for white women only to vote – with Black femmes only gaining the right to vote nearly a half century later. None of these events are inherently new, the restriction of oppressed groups’ rights has been a cultural practice in the hierarchy of white supremacy for centuries. Anything that is done against it will feel ‘divisive’.

This is just a decision that will breach the safety and humanity of any person living in the United States with the ability to get pregnant.

As many have said on Twitter already: This is setting “women” back about fifty years. Very literally so.