In 2015, a little known Twitter user named A’Ziah-Monae King posted the first words of a viral 148-tweet saga: “Y’all wanna hear a story about why me & this here bitch fell out???????? It’s kind of long but full of suspense”. The then 19-year-old, also known as Zola, was a waitress at the American food chain restaurant, Hooters, where she met the so-called ‘bitch’ she soon fell out with, Jessica, and the pair instantly connected. The foundation of Zola and Jessica’s friendship was built on their common interests—stripping, money and internet culture. Jessica soon invited Zola on a trip to the major city of Miami, with Z, Jessica’s roommate, as well as her boyfriend Jarrett and thus begins the tale that stopped a thousand scrolling screens. The story goes on to detail how Zola narrowly escaped exploitation in sex trafficking and how each character rose up to the challenge and truly made her trip a story to tell. 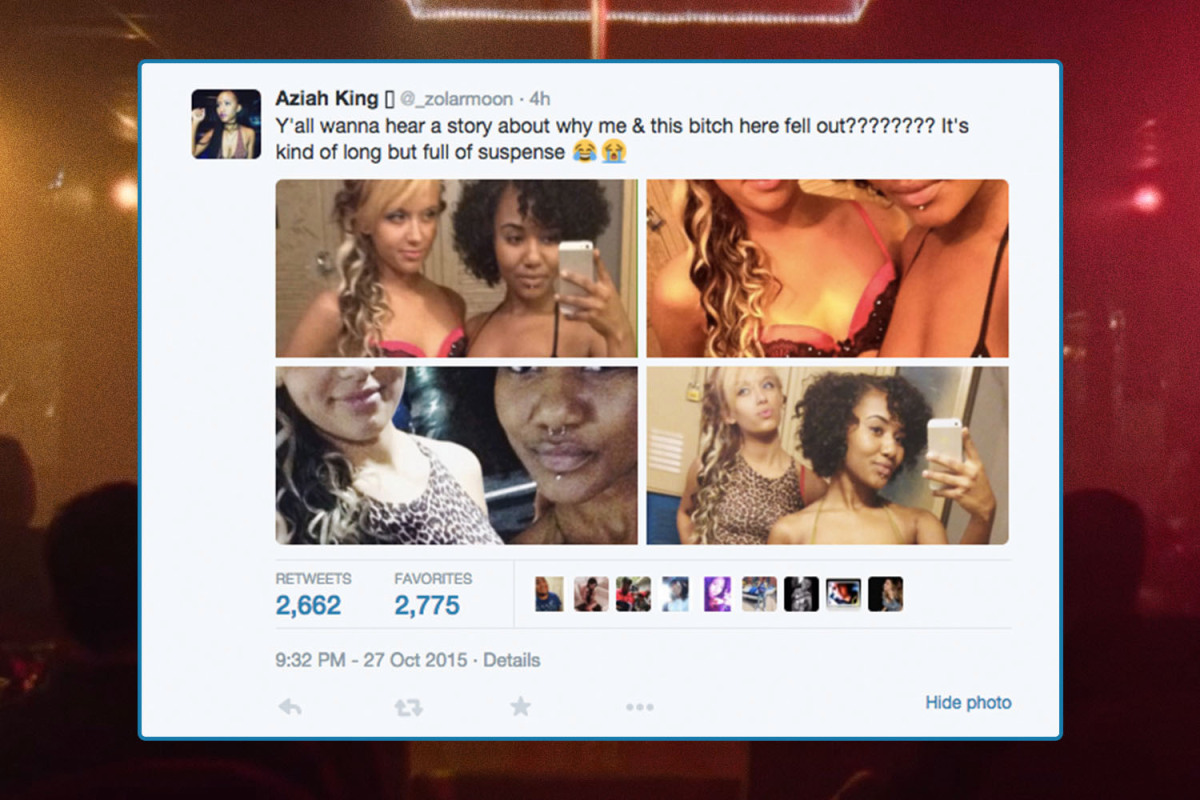 Fast forward to January 2020, @zola, a film adaption of King’s Twitter thread directed by Janicza Bravo, premieres at the Sundance Film Festival. Now a year later, the movie has become a critical hit and has since been released in theatres. @zola is not only based on the thread by King but also on the resulting Rolling Stone article ‘Zola Tells All: The Real Story Behind the Greatest Stripper Saga Ever Tweeted’ by David Kushner. Apart from directing the film, Bravo also wrote the screenplay with Jeremy O. Harris and from the moment she heard that the production was looking for a director, she was gunning to bring this social media tale to life. It’s an interesting cultural moment when we have scripted versions of popular Twitter threads come to the big screen, worldwide. @zola marks the first time intellectual property has been sourced from Twitter on such a grand scale, making the film the first of its kind.

The road to getting a film made is never easy and the making of @zola was far from seamless, especially due to its unprecedented nature. The film is 5 years in the making, having often faced setbacks and delays at every stage of production. In 2017, James Franco who initially set to star and direct flew King to California and pitched his cinematic version of the story. When news of Franco’s attachment started circulating, a sigh of undeniable concern and disappointment rose from the public. Something that we need to remember at the core of this story and achievement is that, as cliché as it may sound, at the end of the day this is a Black femme’s story and plight. At the centre of the narrative and events was a Black femme who had to rely on herself, and physically bring herself back from a situation that could’ve ended up with severe consequences. Zola’s retelling on Twitter was filled with humour, a lighter sentiment and a retrospective outlook on the whole situation as time had passed after she went on the trip, allowing her to release the story at the exact time she wanted. She had control and exercised her own agency in all of the ways that we often sight social media as having the power to let us all do. Sex work is also a very delicate topic to navigate, on her Twitter thread Zola was careful to layer the violence she experienced with entertainment, she was diligent in how she summed up her experience, whether dramatic or not. 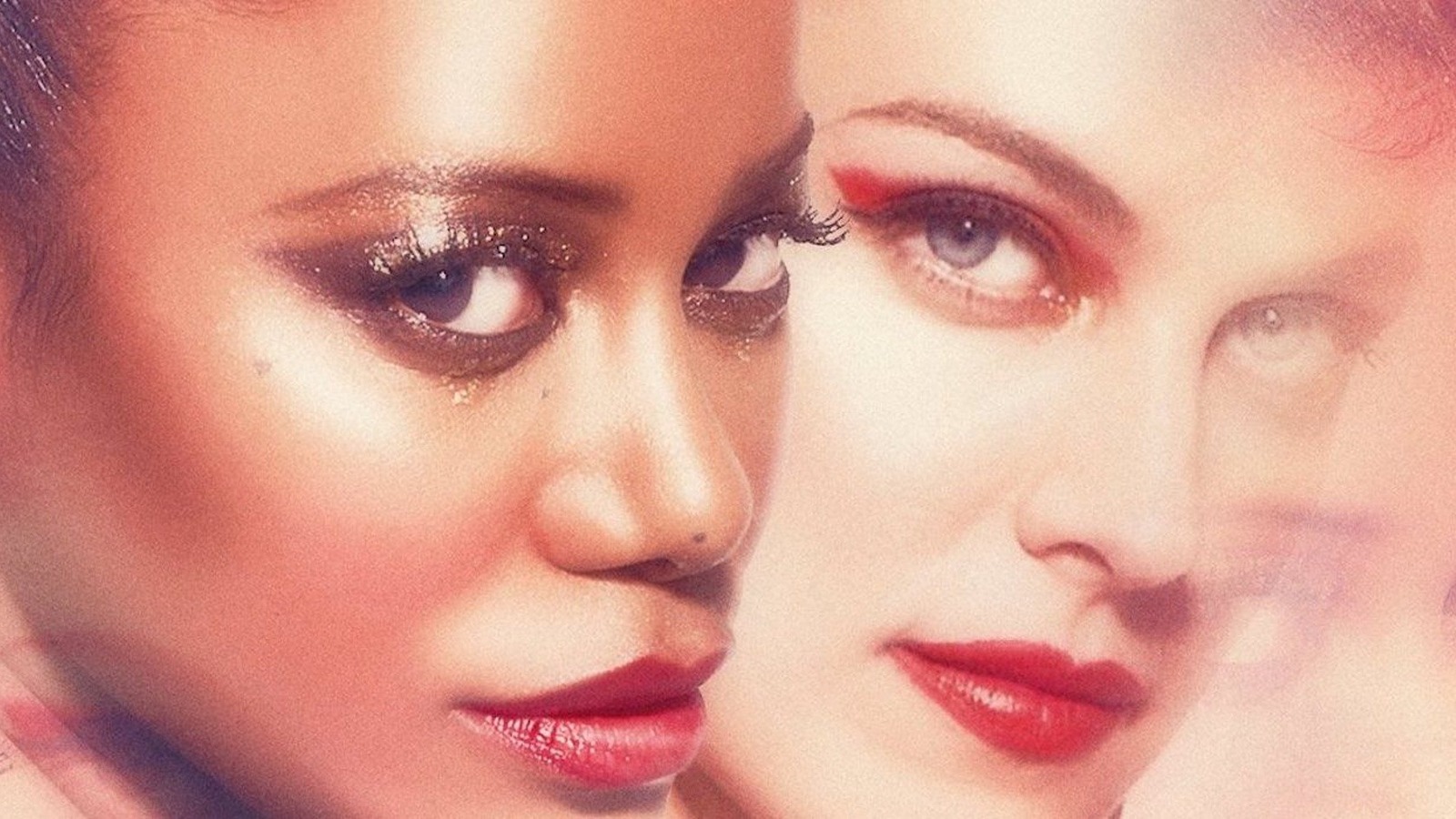 Now imagine this story in the hands of a white man whose closest performance to anything that resembles @zola being one that was supposedly based on the persona of racial and cultural zeitgeist performance artist ‘Riff Raff’. Allegedly… and full offence to Riff Raff. Franco would have had to work very hard to capture Zola’s originality and the complex racial dynamics of the group. Franco, however, left the project sometime in early 2017. Around the same time that Franco was looking into creating the film, Bravo was instinctually drawn to the project and contacted her representatives, questioning how obtaining the Twitter IP would work. They replied back and told her she could adapt the subsequent Rolling Stone article and then get King’s life rights. After hearing from a friend that James Franco failed to permanently secure the project, Bravo spent three months auditioning until she finally secured the title of director. The rest, as they say, is history.

When reflecting on the journey of @zola, Harris points out how Black characters have been denied interiority in most popular media and prioritising that interiority in @zola was necessary for the breakage of those chains in the bigger context going forward. By looking into King’s inner character and monologue so deeply and presenting it with much care, the film offers us a new framework in which to look at modern cinema. The creation of @zola carries with it meaning, meaning that can hopefully predate a lot more stories such as this being intentionally brought onto the big screen. We often speak about how Black people ‘carry’ social media on their backs, so I guess if the old doors refuse to open and let us into the playground, we’ll break the windows and let ourselves in as our light is incapable of being diminished. 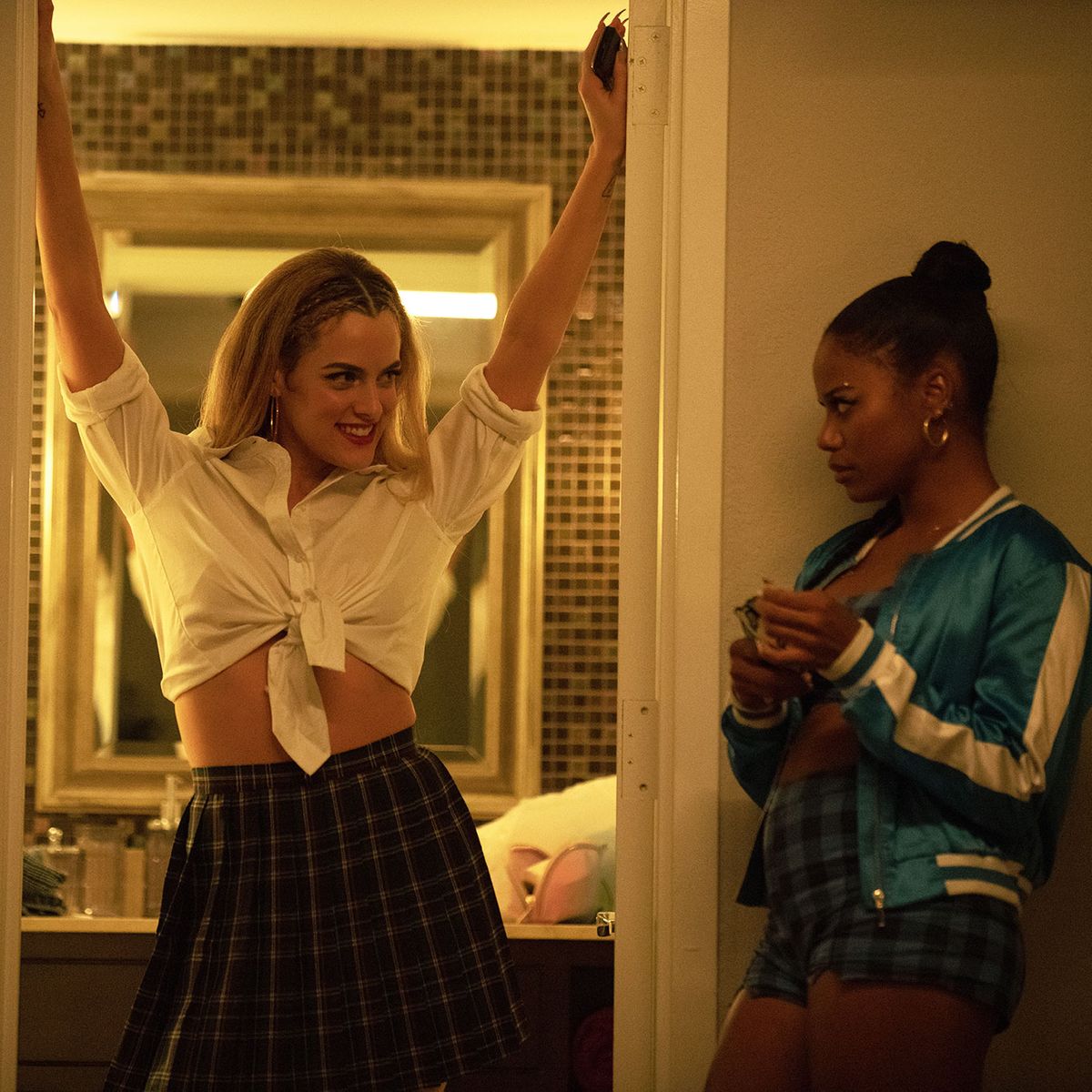 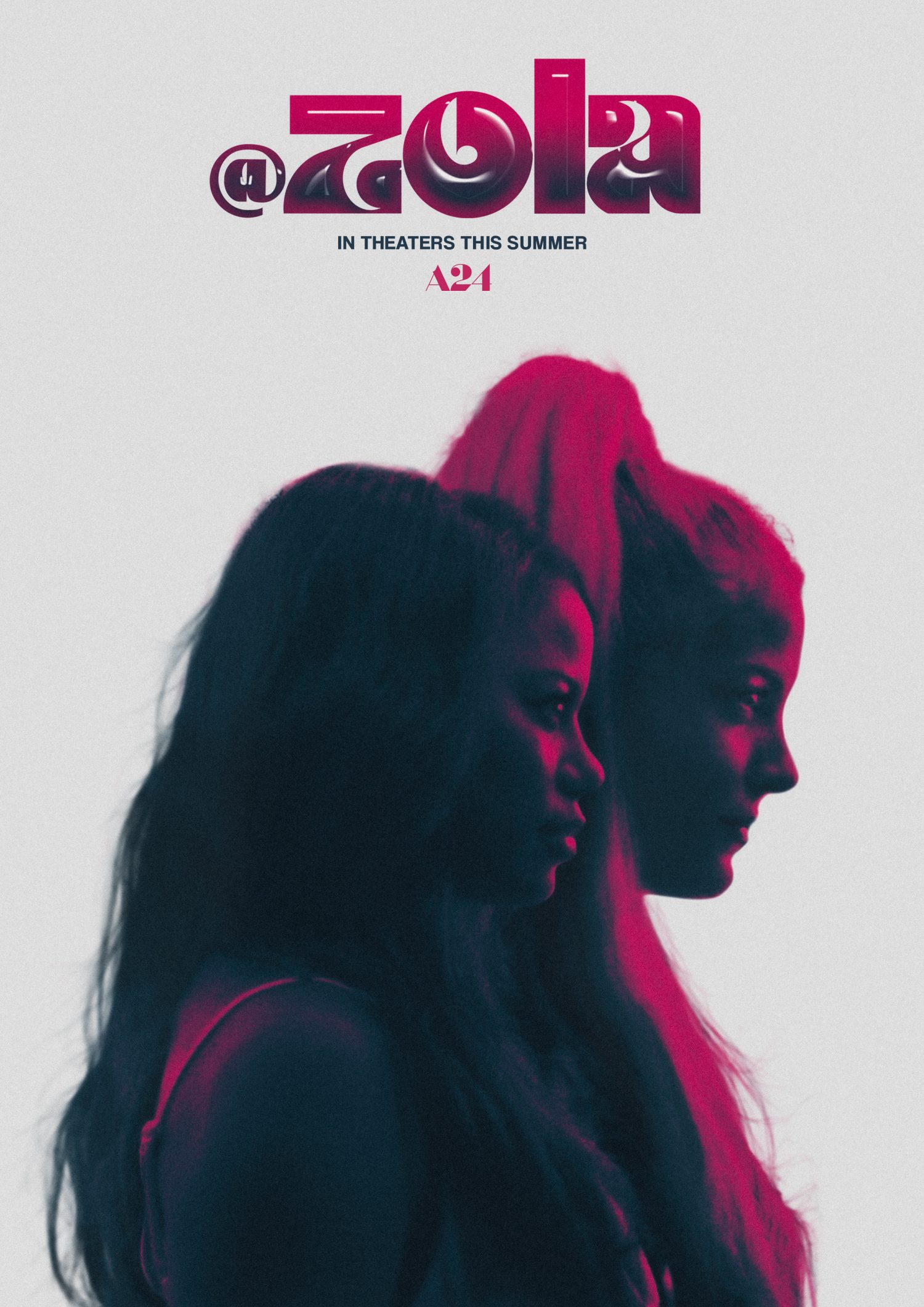 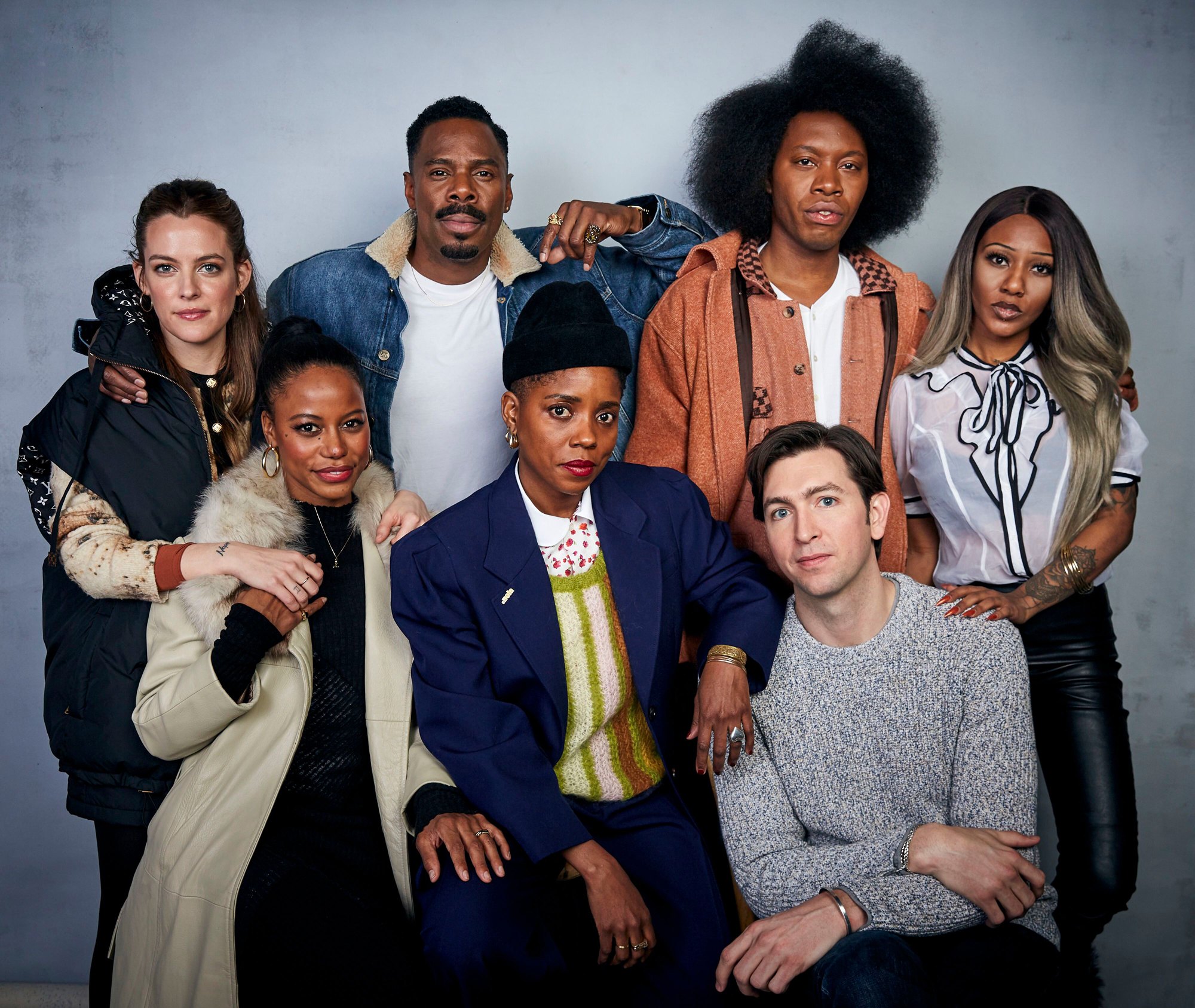