Home Affairs is a department of The South African government and its main functions [are] to protect and verify the identity and status of citizens and other persons that reside in South Africa. This makes it possible for people to realise their rights and access benefits and opportunities in both the public and private domains.

Home Affairs also regulates and facilitates immigration and the movement of persons through ports of entry. It provides civics and immigration services at foreign missions; and determines the status of asylum seekers and refugees in accordance with international obligations.

Designer Wanda Lephoto debuted his latest collection for Spring Summer 2022 at Lagos Fashion Week on November 27th 2021 — inspired by Home Affairs “a place like no other” — the collection continues in the label’s commitment to storytelling through the medium of fashion and clothing.

As we continue to explore the essence of who we are, this season we maintain two of our core values;

(a). Cultural Fusion: The blending of two or more worlds to create new propositions for identity and representation.

(b). Inclusive: Concerned with the identities of otherwise under-represented people, [B]lack people being of particular…inspiration, creating a space that allows people to be free to negotiate the boundaries of their own representation, no matter how many times that changes.

Lephoto’s Home Affairs is presented in a video of about 2 minutes and 30 seconds — aesthetically reminiscent of bygone eras in style and tone; I can’t help but think of Sophiatown — an enhancing companion to the collection it features.

As it begins, one is met by an acrid orange carpet and a neutrally painted wall as the first model steps onto screen, dressed in a lime green, pink and white pinstripe suit. While the silhouettes are minimal and refined, and the designs evoke a sense of functional ease, the site of inspiration the collection is rooted in is far more complicated and complicating. 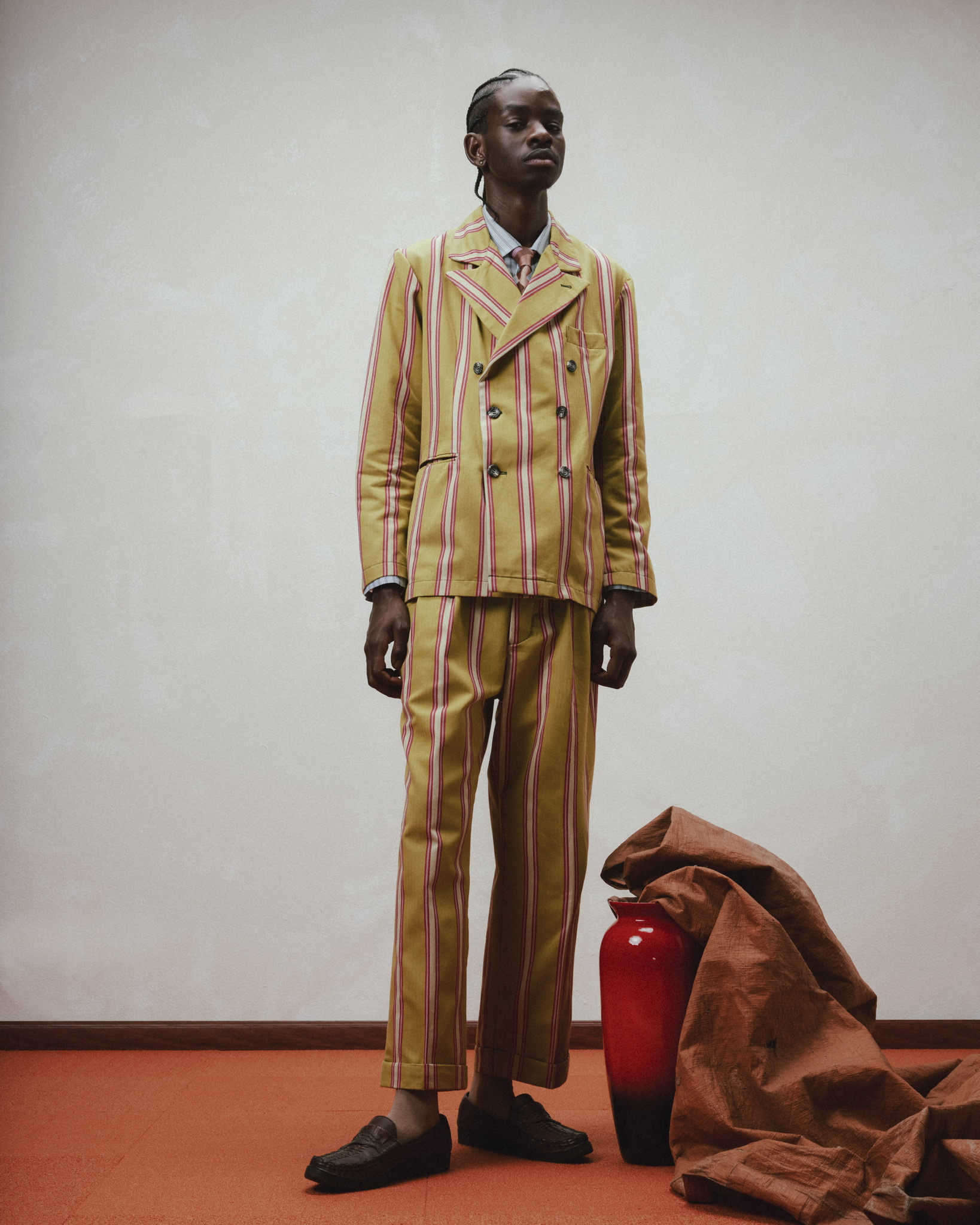 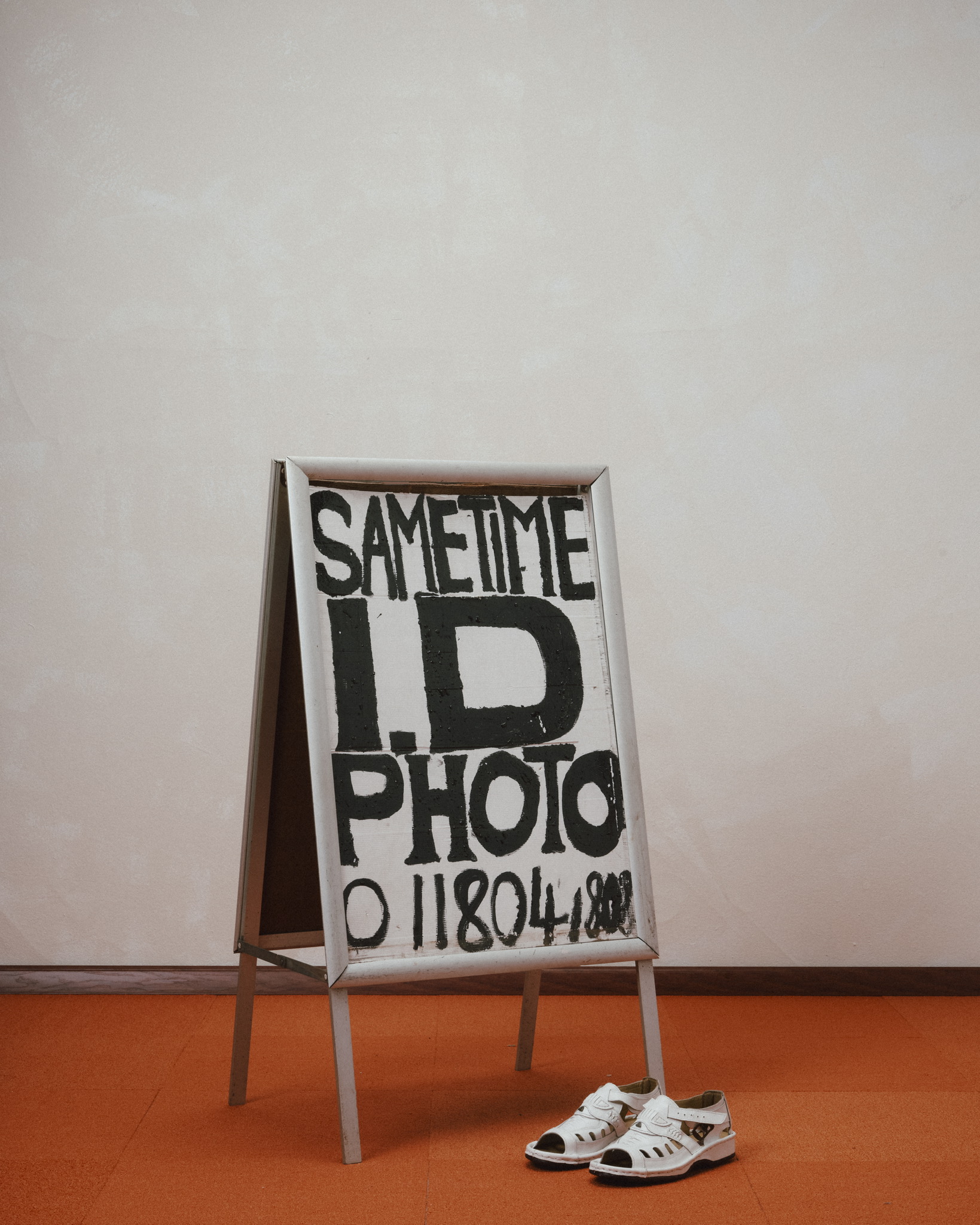 In the stories that Wanda Lephoto is here to tell — I wonder which ones are encapsulated in the material and conceptual folds of their Home Affairs collection?

I think of the H/histories of the nation state; the violences created by its notions of “belonging” and “non-belonging”; the ways in which they create an “us” and “them”; the ways in which we have been made to believe they protect us; how Arundhati Roy said, “Flags are bits of coloured cloth that governments use first to shrink-wrap people’s minds and then as ceremonial shrouds to bury the dead”.

And after all of this, I think about how Departments of Home Affairs are institutions that come out of these histories and act in service of them, “a place like no other”, made in the synthesised image of both fear and hope.

One cannot think through and with Lephoto’s Home Affairs, without placing it in conversation with South Africa’s history of Afrophobia – I say Afrophobia and not Xenophobia, deliberately, because of the plain fact that this type of violence in our country is enacted mostly against Black African folk thought to be “foreign”.

And one cannot think through Afrophobia without implicating colonial history and our own internalisation of its abstractions as Black people. 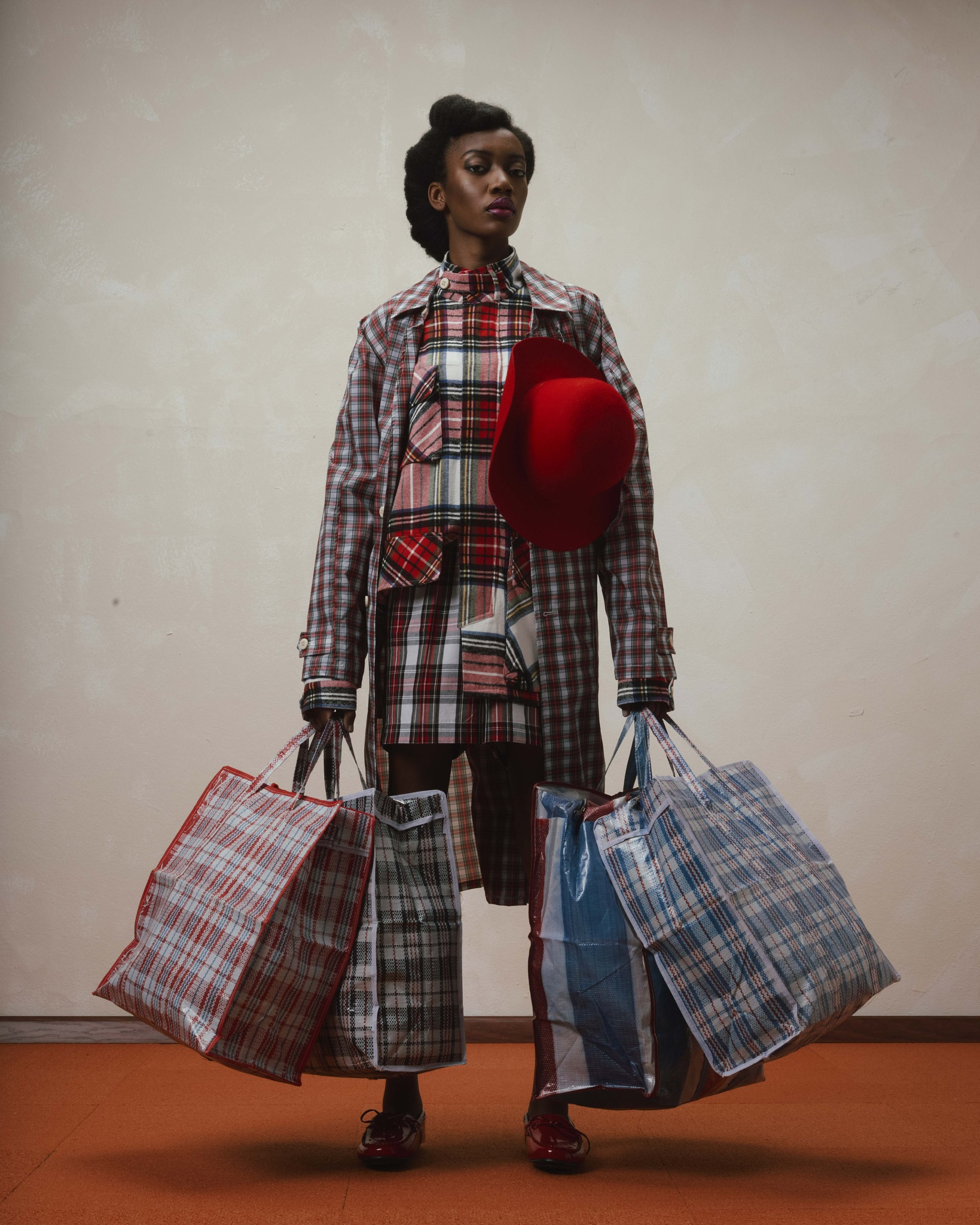 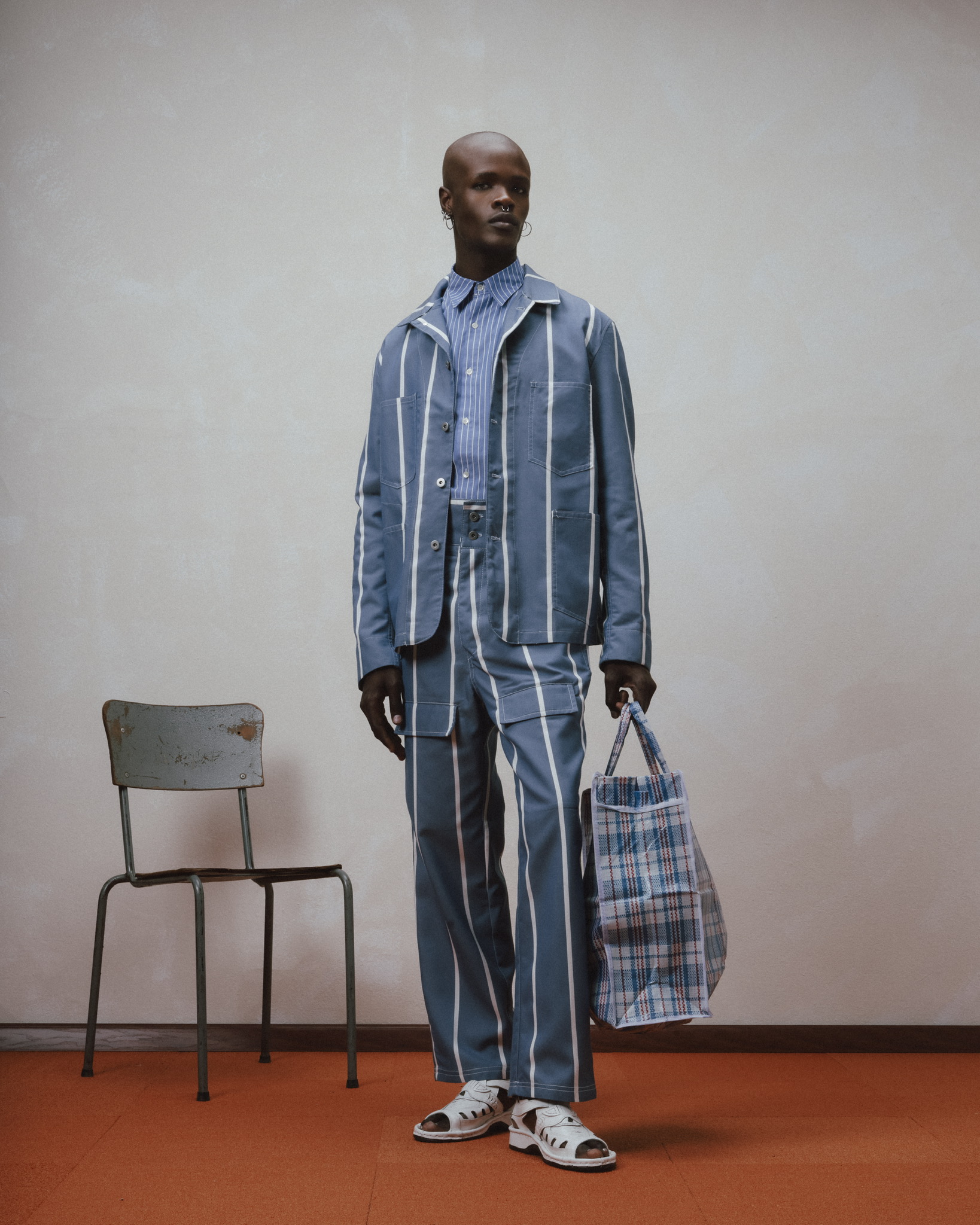 Just this municipal election run, Herman Mashaba’s — who has been previously criticised for his statements and actions against refugees and immigrants while serving as Mayor of Johannesburg — newly formed party, Action SA ran on explicitly Afrophobic sentiments, met with support from a surprising amount of South African citizens.

Now, what foreign policy has to do with municipal elections, beats me but part of his Party’s ideology was made clear when he told Daily Maverick:

I have unfinished business. I mean, the inner city, we need to reclaim it and allow the private sector to build affordable accommodation. We have to get rid of illegal foreigners. I mean, this matter is not negotiable, it is in our Constitution…

I don’t want to live in a country where foreign nationals come and open hairdressing salons and spaza shops. No. Those opportunities are for South Africans. For foreign nationals to come and work in restaurants and drive taxis and trucks, no ways. Not when we have 45% unemployment. Not a chance… And I’m not going to apologise to anyone. 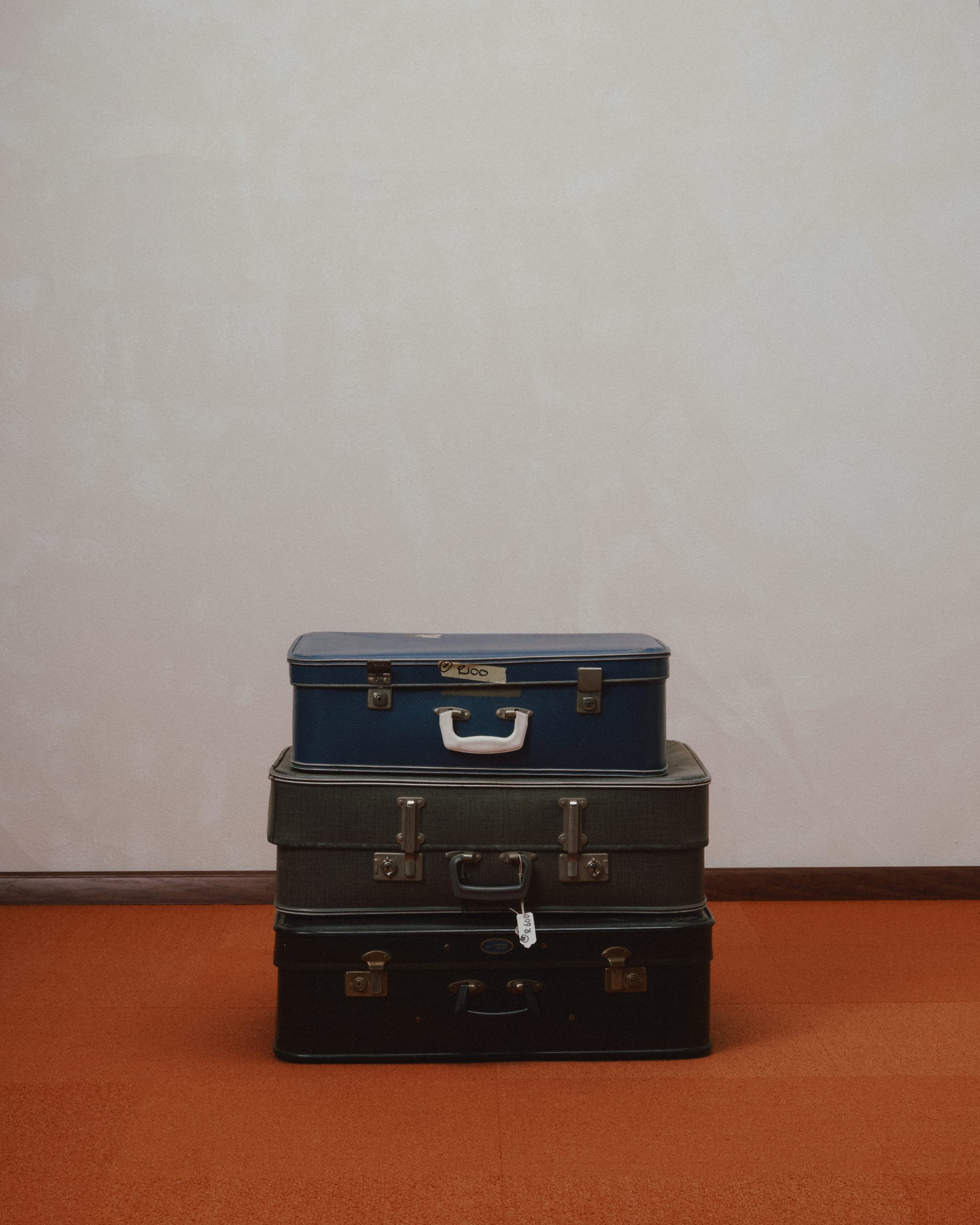 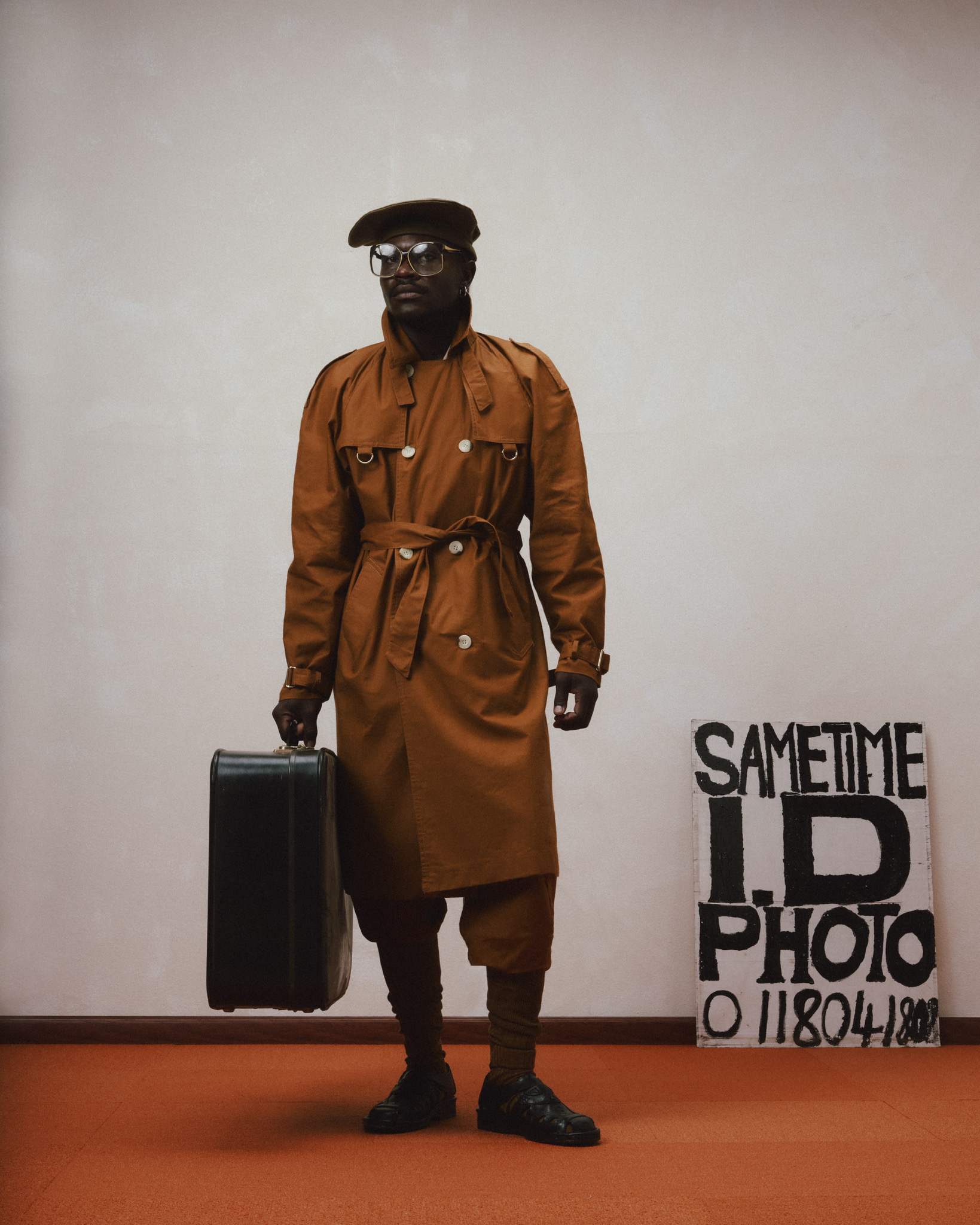 Home, and affairs of home are such complicated and complicating things — made triply so by borders, flags, stamps, imperialism and war. When home is also defined by anthems, possibilities of displacement become part of the marching tune. Lephoto’s collection no doubt offers much to our aesthetic senses and pleasures, however, I am also deeply interested in what it conjures, disrupts or incites in how we think about belonging, hope, fear and affairs of home.

your neighbors running faster than you
breath bloody in their throats
the boy you went to school with
who kissed you dizzy behind the old tin factory
is holding a gun bigger than his body
you only leave home
when home won’t let you stay. 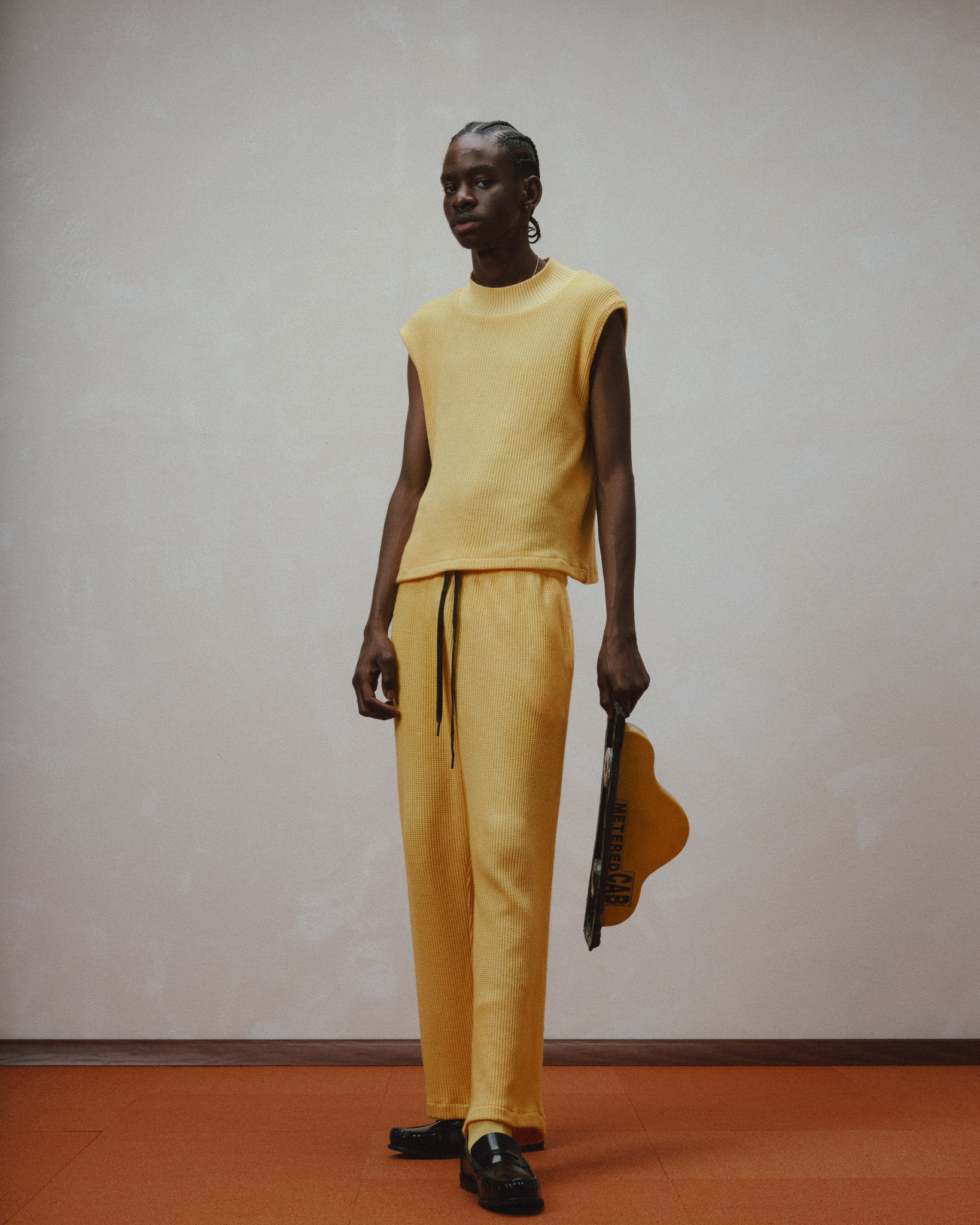 Photography and Video by: Aart Verrips