How are memories created and remembered in the mind and felt within the body? What happens to our perception of self, home, and knowing as we move through spaces and places of significance?…These notions require an understanding of how we “hear” the past and re‐evoke our acoustic memories as we move and act through our environment.

“How are memories created and remembered in the mind and felt within the body?” This question posed by Jennifer Schine in the introduction of her paper Movement, Memory & The Senses in Soundscape Studies, takes hold of my hand and accompanies my listening ear as I enter and spend time in the worlds sonically daydreamed by London based singer-songwriter Richie Matembo. The spaces of memory and of its making are sticky ones that are murky with opacity — delicately intimate spaces textured by subjective narratives. So there’s something quite sweetly indescribable, about what is felt in the body as it hears sonics textured by a familiar sounding nostalgia. Drawing influence from exploring and unpacking identity, MTMBO — the moniker Richie is widely known by — engulfs listeners in a universe of tender remembrance created from a melting pot of influences steeped in his Zambian roots and London upbringing, fusing neo-soul with sparse beats and ambient sensibilities. “I like being in the earth, I like gardening…” says Richie in a review of an intimate performance he held at The Silver Building in London supported by multi-disciplinary artist Nadeem Din-Gabisi. I find myself wanting to hold onto the image of gardening as a metaphor for MTMBO’s own lyrical artistry; his memories and their feelings the seeds sown through words and watered to growth in melody. MTMBO’s unique sound has seen him quietly make an impression throughout the industry, supporting acts such as Cautious Clay and Odie whilst collaborating with the likes of Collard and Billy Lemos. His new EP, A Temperature at Night, finds Matembo’s distinctive vocals taking a back seat to leave room for vivid soundscapes that invite the listener into an introspective state with a blend of hip-hop, acoustic and ambient influences. Below is a conversation between MTMBO and myself following the release of his emotionally charged 5 track instrumental EP. 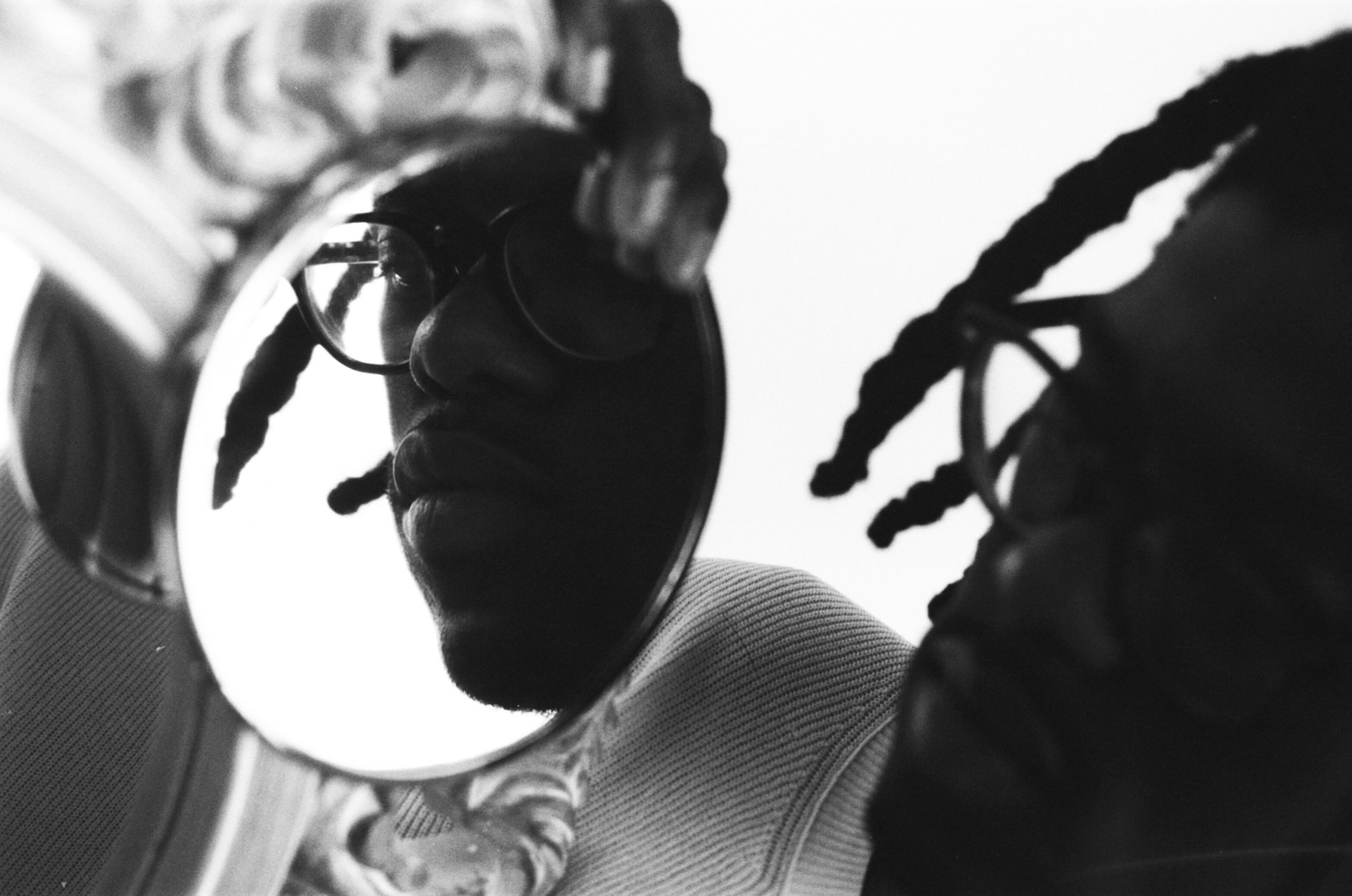 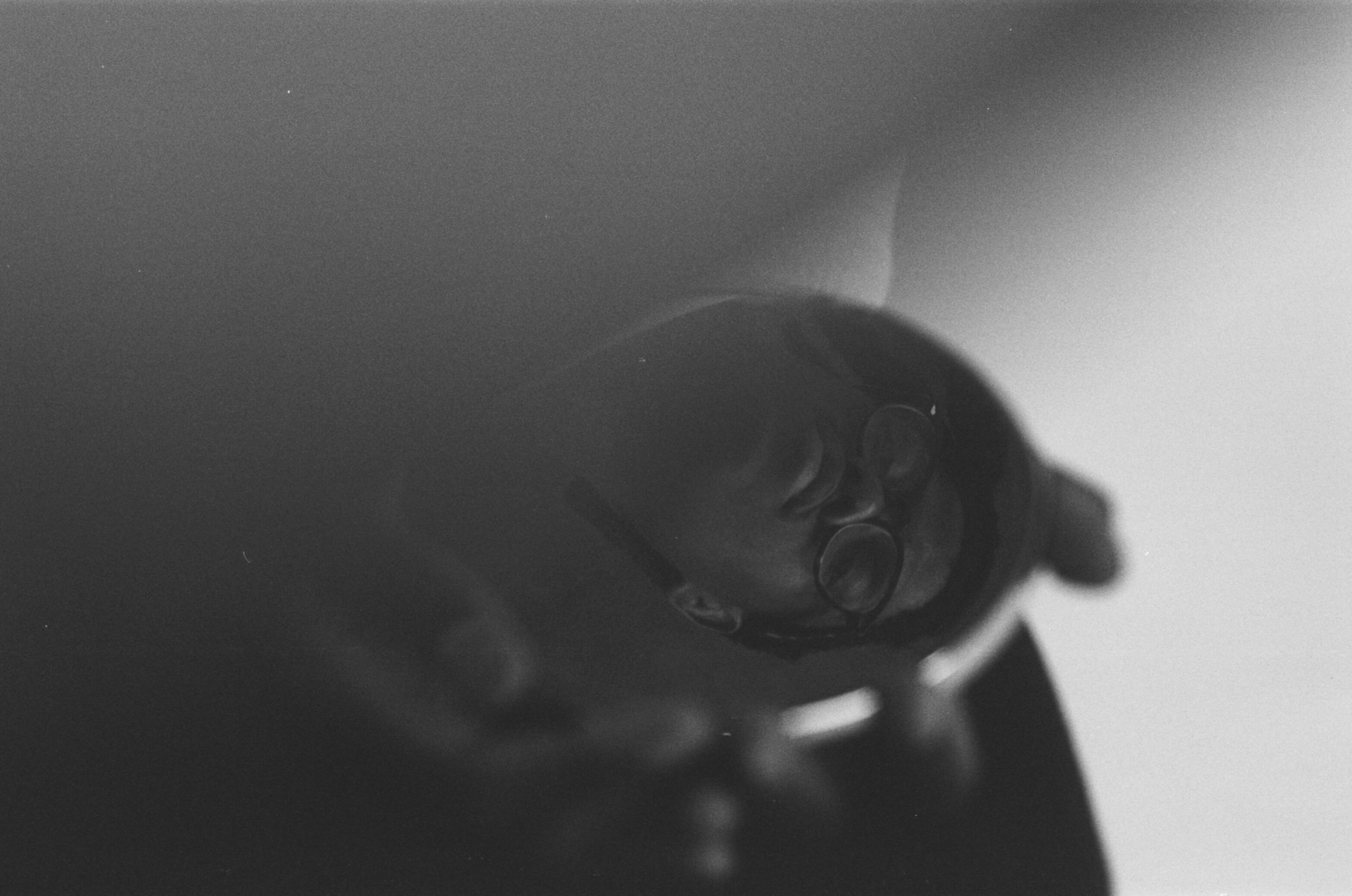 I recently watched a COLOURS performance of your song “The Hill”, an incredibly emotive and beautifully lyrically textured song. Just its first lines, “Remember that hill by the bay, overgrown solace that became a mistake. Did she climb to the top to be on her own?” Are such a tasty and lush lyrical/literary offering. What moment, memories or state of feeling was the song born out of?

MTMBO: Thank you! I was really just revelling in nostalgia. I’m one of those people that can spend a lot of time daydreaming in a memory, romanticising the highlights. By the time I started writing the song I felt like I’d re-lived those moments so much that the details were vivid enough for me to string together in song form.

A Temperature at Night, seems to be an EP rooted quite firmly in the temporal/H/history-in-the-making moment of COVID-19. Speaking about its title you state: The title for this project is very literal, I had a fever a couple of nights before Christmas so I stayed up making music. Hearing them a few days later, I realised the tone I had captured felt like the uncertainty, loneliness and discomfort that had characterised 2020 for me. As I’m thinking about it, I’m framing it as a kind of existential lament at the end of the world or perhaps even just a state of being or feeling that is completely new. This leads me to the track-list and how you’ve decided to name the songs themselves. Why the choice to start with “The Language of God”?

MTMBO: That’s really interesting and super accurate. It’s definitely trying to make sense of something unfamiliar and the whole thing wouldn’t exist if it wasn’t for COVID-19 so yeah, it’s really an attempt at processing the beginning of that moment in history. The Language of God represents this thought I had that communication doesn’t have to be verbal. It’s just something I forget a lot. The song felt like a natural starting point for the project because it had the most momentum out of the ones I chose. Tempo was something I gave a lot of thought to and I wanted to sequence the track-list so it felt as if time gradually slowed the longer you spent with the music.

With it — A Temperature at Night — there is a distinctly noticeable change from the 3 track single Grip, release in 2019. This, although there is still a familiarity of affective textures between the two — both drowning in hauntingly beautiful melancholy. The most obvious change between the two is how A Temperature at Night is stripped almost completely of your voice (we hear it the most on track 3) why this compositional choice? 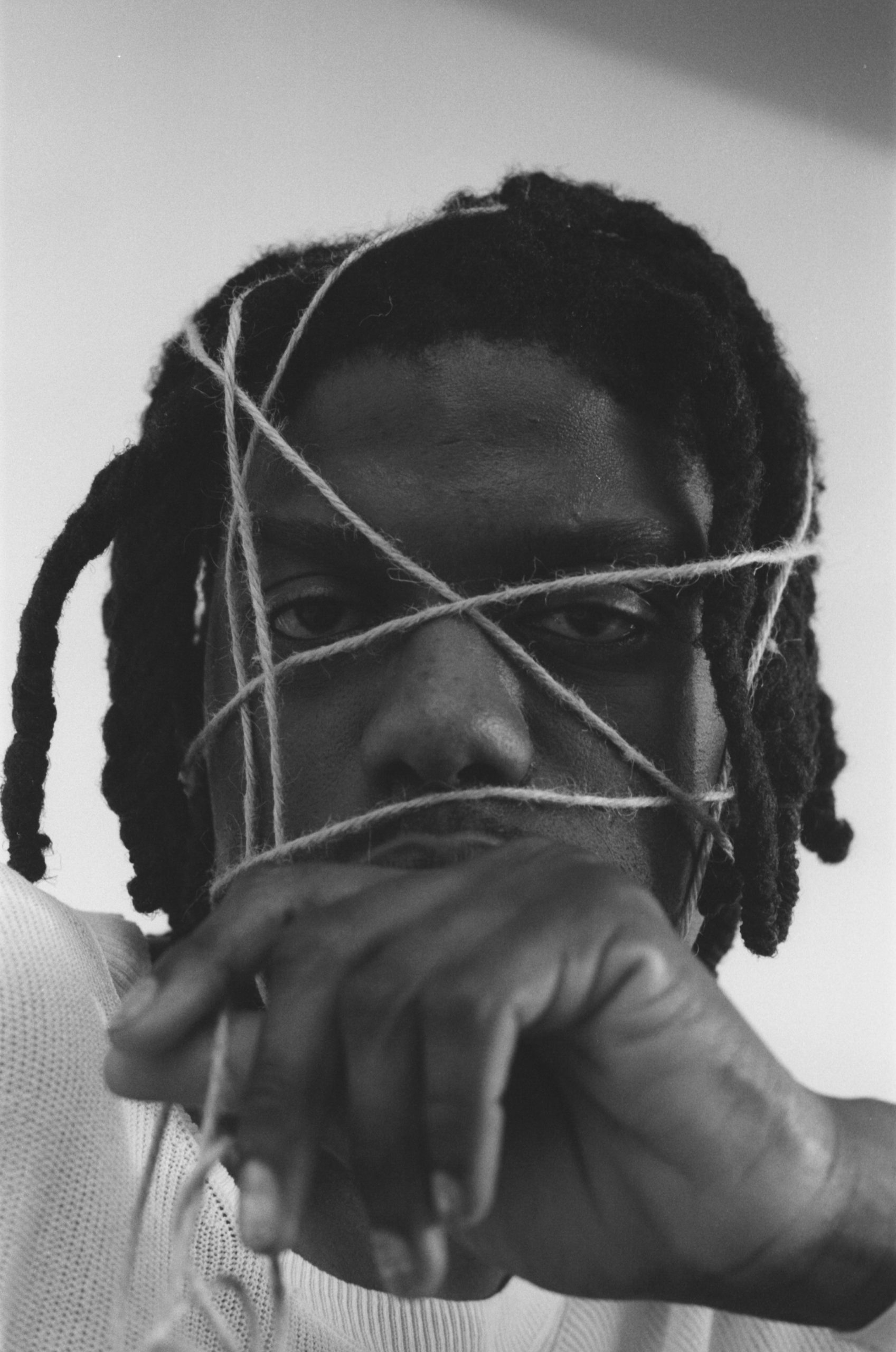 MTMBO: The projects I make to me are like diary entries read back-to-back so it’s cool to hear from someone else that the shift between them is obvious but something remains familiar. That would just be different snapshots of the same me changing gradually with time.

I’m sure I spent more time than I ever have last year physically disconnected from the people I’m used to being around because of the pandemic. I was naturally using my voice less and I guess that crept into the recordings. I felt like I couldn’t describe how I felt so it was easier to create space in the music to think about how I felt, instead of building out a more direct narrative.

You are of Zambian descent but grew up in London, how has this duality of identity in its H/ historical, socio-political and cultural manifestations influenced your music and practice?

MTMBO: I couldn’t possibly unpack it all but my upbringing has shaped how I work so deeply. The other day I was thinking about how I stack vocal harmonies when I’m recording and how much of a nod that is to traditional African music I heard growing up at home. I think the dynamic created by living and growing up in different places will always create a really unique mix of culture that reflects in people’s personalities and how they choose to tell their stories.

You’ve worked with a number of people from Cautious Clay, Odie and Collard, to name a few. What have been some unexpected challenges or delights to come out of some of the collaborative projects you’ve worked on?

MTMBO: I come away from the experience feeling like I learn faster with someone else to bounce off and it’s a lot of fun to feed on the energy of a collaborator to make something together. I find the whole process way more memorable over what it feels like to make something on my own. With Cautious Clay and Odie I played support at their London shows and haven’t had a chance to really get into making music together yet, but I’ve worked with Collard a few times and that was such a joy. 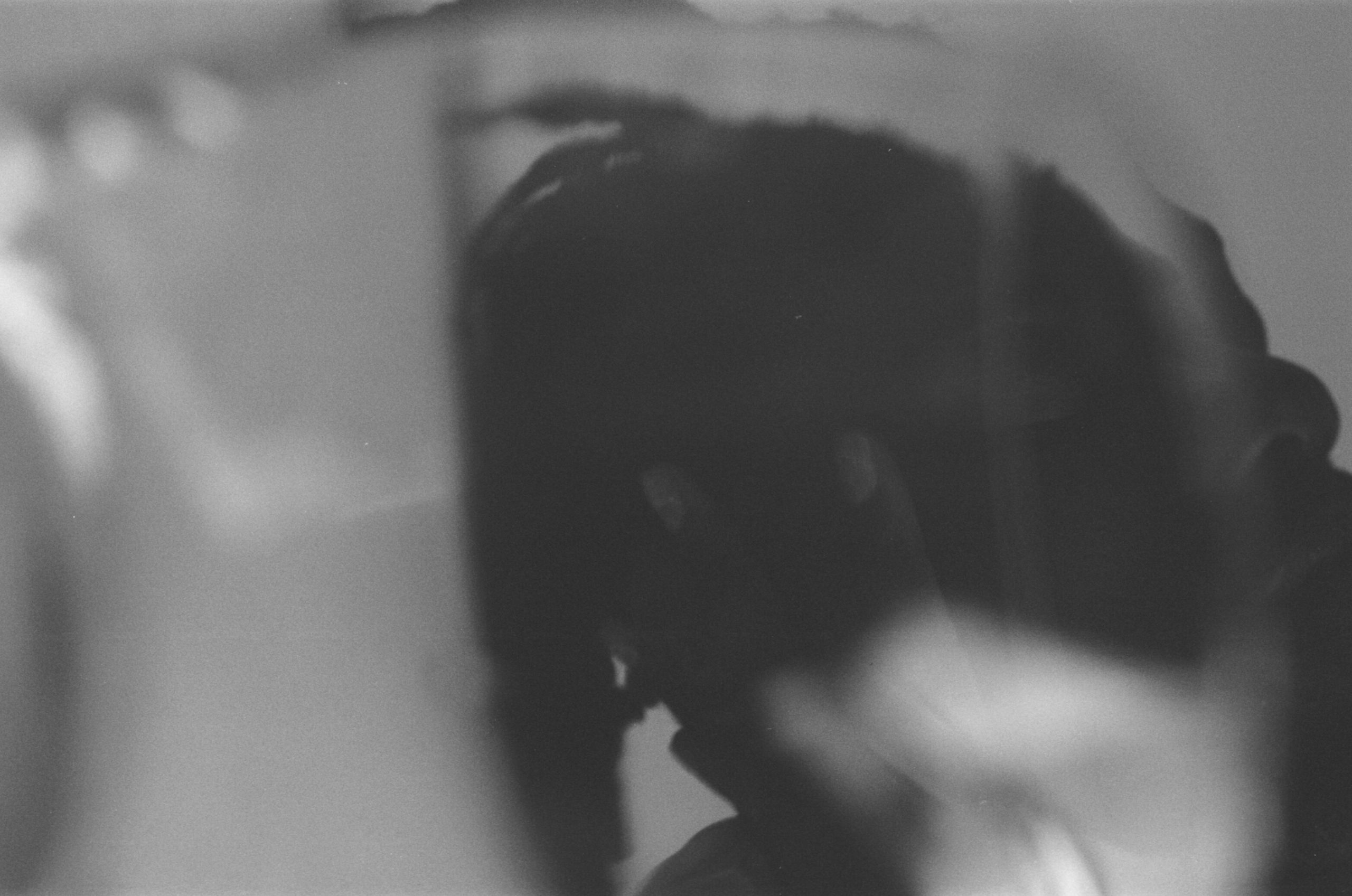 Cinematic Ambience is at the core of Nkhensani Mkhari’s Blue9 project, “ITONGO”