“A lot of it starts with a thought and feeling that eventually develops into some magical realism: a song – that can become a truth peppered with some lies and myth, or the other way around,” says BŪJIN in response to my question about the process and (un)positioning of her sonic craft as a musician. A lot of us start as unnamed multiverses woven in ancestral languages, yet existing beyond containable language, the world making of us “a truth[?] peppered with some lies[?] and myth[?], or the other way around”?  Thus in order for us to speak a truer word concerning ourselves, we must uncover ourselves from beneath the veils of meanings produced in and over time and inscribed by a specific historical order. An excavation of self that marks only the beginning of self-articulation for one who has been marked and (un)made; a subversive strategy of insurrection and artistic self-making-expression, working to resist the pejorative and essentialist single truths of selfhood. PASOP, cause if your imagination is canonised, archaic, binarised or colonised, the (un)reality of this WEIRD VENOM’S untethered play may just be beyond your mind’s comprehension.

The sonic landscape and foliage of the single does the work of dethroning discourses of nationality and geo-politics as a marker of sonic creation by virtue of those exogenously imposed borders that have been transposed onto the space of musical creation- more truthfully, that have been transposed onto artistic creation in general -by History’s professors and their bleached white bones. However, WEIRD VENOM resist this essentialist white androcentric cultural inheritance in a manner that is not convoluted nor contrived- with its tight wordplay and beat; that seems to carry in its count the ghosts of the Chicago Ballroom scene past. The single masterfully strings together gems from multiple localities spanning from Kenyan to South African bass influences and histories of beat landscapes. To vocal play suggesting multiple sound and tone qualities that can be neither restricted to one particular place, space or “post-colony”. In a feature by Thuli Gamedze that appeared on Artthrob in June of 2019 titled “Time consciousness, and the Trouble with a Black Aesthetic”, they write: “Maybe, in trying to understand what has come before us, we should be available to encounter disruption, and chaos, and unresolvable difference; ready to visit past political projects, and find them still living, ready for disappointment and surprise, and ready to acknowledge that – even if we are invested – we are just small and insignificant, parts of an unknowable, troubled Black aesthetic”. I return to this particular part of Gamedze’s piece in relation to WEIRD VENOM, specifically in its playful refusal to play a coherent part that neatly fits into ways of being know even if they are transgressive as articulated by the artist:

“If I took the route of being overtly legible I feel like I wouldn’t be challenging anyone, I’d be seeking approval more than allowing things room to breathe / develop their own lungs.
Honestly, that’s not my mood or way of seeing the world. In a time where [Q]ueer and [B]lack artists like myself can’t just make work without being expected to over explain and to situate and over extrapolate and canonise the work until it’s dead… why can’t I just playfully resist being / doing exactly that?” 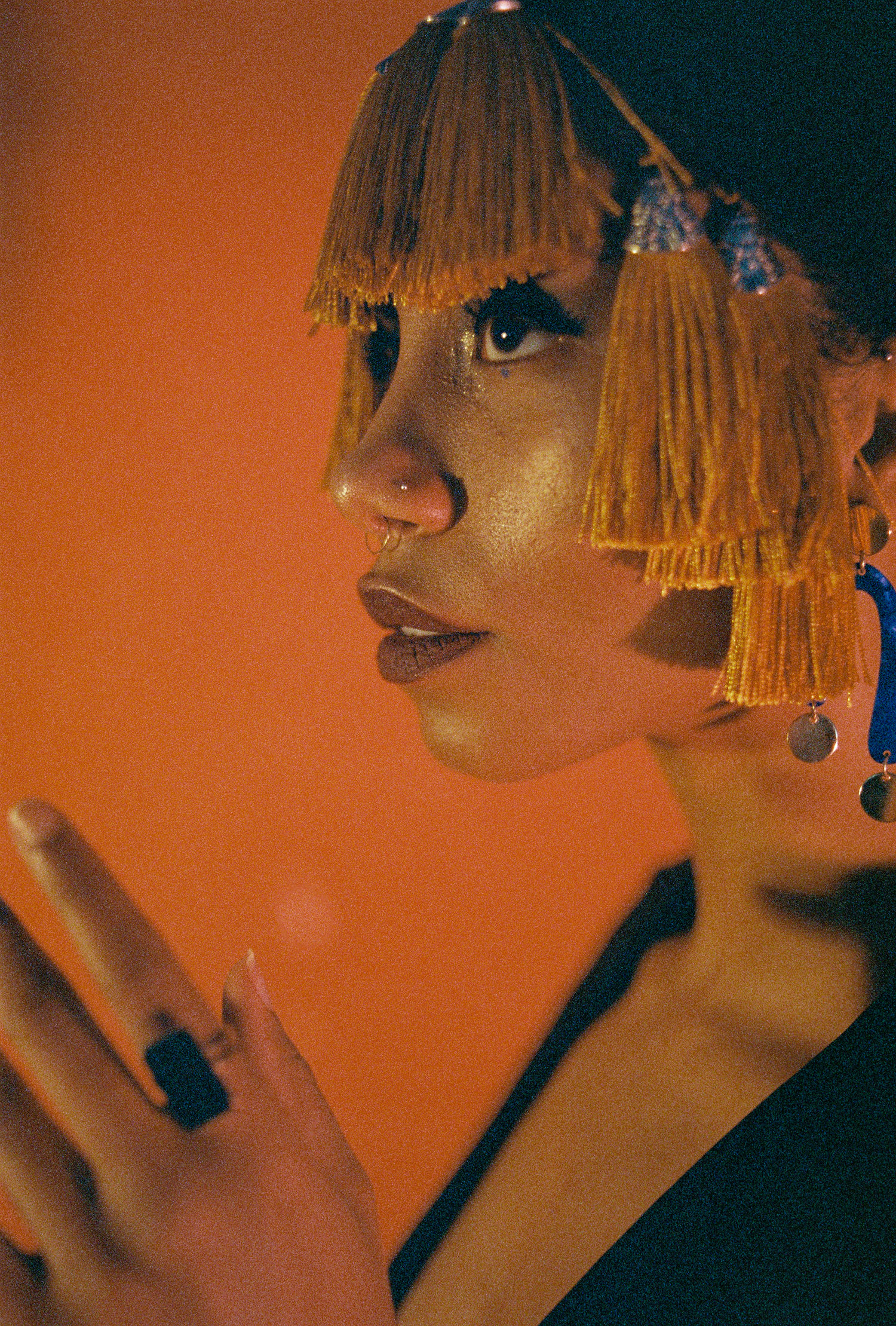 The explorative and thematic terrain of the single’s lyrics sissy that walk across socio-political, economic and human condition issues spanning from BŪJIN’s own personal struggles with mental health; a journey with no end to it. As referenced in “I’m weird venom, no light”, which they describe as a testament to the intoxicating weight of mental and emotional strain they were grappling with during the temporal moment the lyric is rooted in. Working through trying to reconcile persistent feelings of questioning in relation to the world, their body, temporality and internal contradictions that come with mental health struggles and the incapability of showing up for yourself while in those dark trenches that seem to span for forever. Asking her about the lyrics “eviction order – no notice, rent free – that’s a bonus”, which I thought were an intentional reference to Cape Town’s housing crisis and history of militant apartheid spatial planning-as this is one of the cities they live and create within-it was made apparent that WEIRD VENOM casts a net that touches on multiple nervous conditions spun by the white-capitalist matrix which, please de-condition yourself as it’s not just money, it’s the difference between being happy and sad, it’s the difference between having a home and living on the streets:

“I called on words that spoke to the persistence of having to learn the matrix and scam the system in order to survive this city – if you’re low income, if you’re [B]lack, if you’re a foreign national, if you don’t have generational wealth, if you’re a sex worker, if you’re femme, if you’re not from here or all of these things. It can be likened to a game of UNO. Anyone who’s played UNO or crazy 8s knows that it’s so much more than just a game. It’s a test on your ethics. It’s political. If someone makes you pick up, when someone skips you… It becomes personal. The scam is that we’re still hopping, skipping and dodging demons despite the mental arithmetic, financial gymnastics and structural violence one has to endure to feel those brief moments of, “okay I did the right thing… or I can allow myself to breathe now, for a little bit…until the next round.””

WEIRD VENOM is the first release leading up to a larger solo-collaborative music project and while I am unable to coherently conceive of what that project is going to sonically manifest as, its possible sounds, metaphors, rhyme schemes and make-you-wanna-vogue in chair beats are already spinning wild and free in my imagination, and this time around starting from a place of unknowing feels distinctly refreshing, kinda like the way Apple Munch slaps after school on a hot summers day. Whatever its ultimate sonic fabulation, I would dare say that much like Dani Kyengo’s cunti-carnation BŪJIN and her single WEIRD VENOM- sometimes shy, sometimes generous, self-confident, sensual, bold and tenderly complex -the offering is bound to serve, disrupt and unravel to reveal whatever may be below the surface.