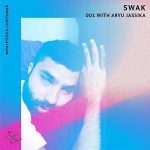 Image from We Are Lilies

Hailing from Durban but based in Cape Town, Aryu Jassika is a producer with a deep house background that, more recently, has found sonic freedom and is pushing himself and his sound beyond established genres and into a space of self-expression, creating what he feels sounds good.

Getting his start in the early 2000s, it would be the latter half of the decade that would see his first real release. “From 2005 I was actually making music that was worthwhile. The first release we had was 2009. That was an official release with vinyl and digital. I used to be in a duo with my ex-wife. We were called Sahin Meyer and we released on a label called Best Works in Berlin. That was through MySpace, that’s how long ago that was! It was a good release, they took a chance on us but the market was super saturated at the time, so making deep house you had to really stand out if you were going to make your mark.” After this venture, Aryu Jassika decided to move away from deep house and explore new sonics which led to the production of the track “And Then” which would feature on the NON ‘Worldwide Compilation Trilogy Volume 2’(by the collective of African artists and of the diaspora known as NON).

His most recent release, an EP titled ‘I’m not sure what this is about’, is out now on Super Black Tapes. The two-track release is an ode to his hometown of Durban and the raw sounds of Gqom that originate from there. Rather than emulating the sound of Gqom, Aryu Jassika takes elements of this homegrown genre and fuses it with his own sonics, creating something that is inspired by, rather than is Gqom. “I’m not really a person that can make Gqom sound how it is, so I had to use it as inspiration. I used different parts of it and used my sounds and elements where I needed to. I was thinking a lot about [artists like] Object Blue and all these labels that are making stuff that you can’t even dance to but they’re really good. So, I was trying to incorporate a bunch of stuff.”

The EP opens with “Ja Exse”, a track punctuated by a relentless Gqom-inspired kick and which features reverb-heavy organ stabs reminiscent of dub techno as well as metallic, industrial-sounding textures morphing over the course of 8 minutes, transporting the listener to a dark, sweaty basement club. “Coughing”, the closing track of the EP, uses similar elements but with a sparser arrangement which allows the percussion to be more prominent, shifting the focus to the relentless Gqom-tinged beats.

Jassika is also involved in curating the SWAK parties in Berlin, Germany. “We’re trying to book mainly femme and black or POC artists from [all over the world] which is not what people do there. We’re trying to push that because Berlin is dated in a way.” The next few months will also see him launch the record label SWAK Catalogue with fellow producer Jumping Back Slash, for which both have already recorded an EP to be released on the same day.

Aryu Jassika sites artists he’s come into contact with in the last few years as reasons for his move to a less genre-bound mindset. “At the moment, there are new artists that I come across every day where I’m like ‘wow’. Object Blue is one of my favourite acts. DJs, like DJ Bus Replacement are super inspiring because their music taste is wild, I don’t even know how they think of blending the different styles.”

Based in Côte d'Ivoire, Sierra Leone photographer Ngadi Smart outlines her photographic themes as cultures, subcultures and intimacy. For he...