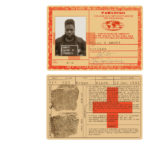 Capitalist modernity needs hells for the many to build heavens for the few. The great palaces and mansions of Europe and America were built off the backs of African slaves. The skyscrapers of Dubai from the sweat of construction workers penned into trailers in the desert. Or as Mike Davis and Daniel Bertrand Monk put it “monstrous paradises, indeed, presume sulphurous antipodes”.

In his exceptional debut album PARADISO, Chino Amobi explores this infernal dialectic.  Speaking to me from his home in Richmond, Virginia, he described the concept of the album as “moving through the fire to get to paradise”. It’s an hour long epic, placing brutal synthesisers next to beautiful melodies, plateaus of noise with unexpected peaks of folk ambience.   The diabolic hip hop of ‘WhiteMÆtel’ (“signals dropping, no god, bodies dropping”) sits next to the elegiac  ‘The Floating World Pt1’.   Amobi himself calls it an act of ‘’hypersition’’ aimed at “carving out a speculative reality that hovers above the America that we know now and rests below the America that we know now’’.

Along with his solo work, he’s also the co-founder of NON records.  Since 2015, the label has earned a reputation as one of the most sonically radical electronic imprints, including powerful releases from local artists FAKA and Angel-Ho.  Fittingly, PARADISO is full of guest appearances, including a series of dense spoken word appearances which give the album a sense of archaic, Miltonic grandeur.   He encouraged the guests to improvise. “It was not all under my control. Rather, I’d take on the vibe that they brought.  My role was like a journalist framing the response’’.

One of Amobi’s key reference points for the album was Dante’s epic poem Divine Comedy, a work which used the grotesque and surreal to map late medieval European society.  In a similar vein, PARADISO is steeped in what he calls the “ghost of history, and how colonial spirits impact on contemporary city space’’. As an artist working below the Mason- Dixon line, he consciously engages with the tradition of the Southern Gothic, but expands this sense of forbidden history and monstrosity to the global South.  ‘Dixie Shrine’, for example, takes inspiration from both the Confederate memorials which still blight the US and the Biafran war in Nigeria.

With a warm heart beating under the carapace of alienated noise, PARADISO feels like a more appropriate Blade Runner sequel than Denis Villeneuve’s forthcoming effort. Unafraid to confront the darkness of the present, it lights a path through the wreckage.

FAKA - Speaking With the Gods

The Emancipation of Angel Ho

Based in Côte d'Ivoire, Sierra Leone photographer Ngadi Smart outlines her photographic themes as cultures, subcultures and intimacy. For he...