Detroit-based artist Marcus Marcus doesn’t describe himself as a rapper. “I’d describe myself as a poet who has a fairly good ear for music,” he states simplistically. While the earliest Marcus Marcus releases can be traced back about 7 years ago, he struggles to pin down when the artist was born, as Marcus Marcus is a true expression of who he is as a person. “I really think since birth because all of that has to do with how I approach music, what songs I pick, who is producing music.”

Both the city of his birth and the family that raised him have had a marked impact on his journey as an artist. Musically this includes his older sister exposing him to the likes of Jay-Z and Master P, to him discovering homebred ghettotech from the likes of Blade Icewood & MC Reid, the pioneering work of Detroit techno producers, and the unique flows of Detroit rappers. “If I could name names it’s tough but rapping wise first MF Doom showed me the work it takes to write rap, Lil B showed me you can just be yourself and eventually the right people will catch up”. Marcus Marcus recalls adding that the groundbreaking work of composer and artists Julius Eastman has also had a major influence on him.

Describing his approach to writing as instinctual, he traces his first encounters with poetry to middle school and an amazing English teacher helped spark his love for the language. “It’s this intuition, this beam of light from, I dunno, the universe, ancestors, and I just start writing. The moment I hit record usually doesn’t have a lot to do with what I’ve written, and what I’ve written may turn into something later or it just may never come up.” This approach is evident on 2012’s “THE NEW Audio Album” which he describes as a lyrically spontaneous album, with everything recorded as a 1-take freestyle rap. 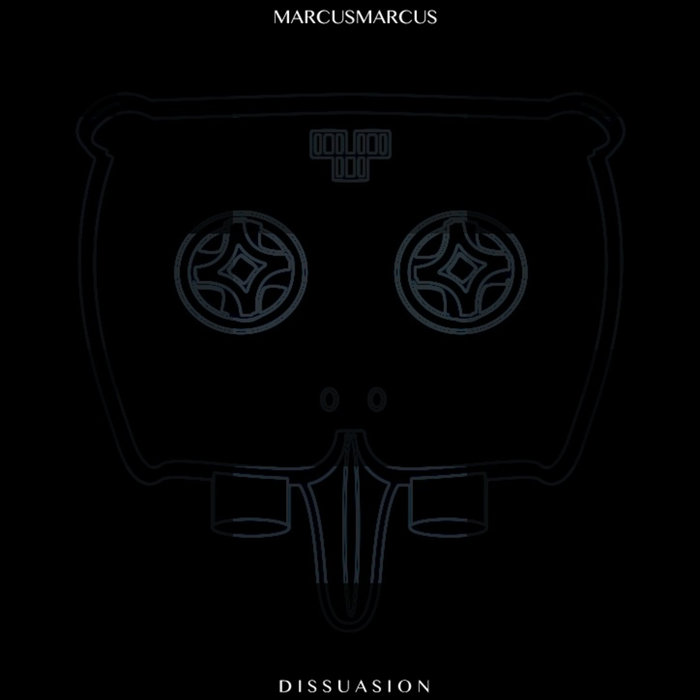 His latest release is a compilation of tracks created between 2013 – 2015 and is a collage of the music he was listening to at the time, and the words they inspired. “I spend hours really looking for new music or further researching, going into back catalogues of artists that I really admire, so people like Oneohtrix Point Never, there’s a James Blake thing on there, Thom Yorke had dropped this crazy, free album that you could torrent. So I chose to do that because I made it a point to listen to music that didn’t have words. Words come to me when I hear something that’s different and it just kinda connects with me”.

2018 sees Marcus Marcus focusing on bringing the physical representation of ‘D I S S U A S I O N’ to life with installations and performances planned. “I’m planning on doing installations, I feel like with such a wild record it needs something else to meet it. To make it make more sense. If you listen to it, it just sounds like a crazy guy maybe. Yelling and going crazy but also if you really listen to it, you feel it.”’

“Self-discovery, self-knowledge & self-love,” says Marcus Marcus of what he is trying to convey with his music. “Those 3 are exactly what it is. A little bit cryptic if you listen to my music, but if you really listen and take your time that’s exactly what it is. Because I think it’s about bettering the world around you but it starts with yourself and just pushing the limits and having fun as well.”

The Wanderer – Stability through Movement

Katleho Kano Shoro: ‘Serurubele’ poetry collection take off and the writing on the wings