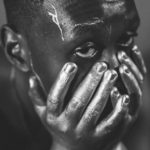 While the AKAs and Cassper Nyovests of the world rack up hundreds of thousands of plays in a few days – with massive fan bases and PR teams that make Bell Pottinger look like first year students – Sipho The Gift, like the slow and steady tortoise, has managed to clock over 115k plays on his ‘Morning Cereal‘ freestyle, in just under a year. Considering he has just over 2500 followers on Soundcloud, it’s an impressive feat. The Cape Town rapper went quiet for nearly a year to get his money right, but now, he’s back in the game and ready to prove that he’s the man with his latest single, aptly titled, ‘The Man’.

Firstly, what does it feel like to rack up 115k plays on a freestyle in just under a year?

It was a surprise to me as the song was out for about 8 months before it began to pick up. I hadn’t thought much of the freestyle when I did it. At that point, I hadn’t released much music prior so it was a pleasant surprise.

Do you know where the song got picked up and how it got so much reach? Those are impressive numbers for a rapper on the come-up in South Africa.

I had done a feature with Pigeons and Planes highlighting some of the dopest upcoming rap acts outside of America. That got me a lot of attention but the main traction came from Complex Magazine plugging the song on their snapchat. At least that’s what I hear from all the new listeners. Most of them came to know about me from that.

Also, have you seen what countries the plays are from? Where has ‘Morning Cereal’ been played the most?

America is the biggest audience right now, followed closely by England, Eastern European countries and then South Africa. Sadly at this point, all of it is still online, so I hope to cultivate that audience into a following with more releases.

With ‘The Man’, you use quite a bit of autotune on voice. What made you go in this direction as it seems to be a pretty big change from your older stuff which seems to have a more boom-bap influence?

Funny thing about ‘The Man’ is that it was recorded before the freestyle actually. I was experimenting with a different sound after my last project, looking for a more melodic way to be lyrical. So anyone thinking that I have somehow abandoned rapping is sadly mistaken with this new project and anything I ever release. *evil laugh*

Just how different is Kintsugi (His upcoming album) from your earlier work? Do you have to worry about your older fans turning on you?

I’d like to think it shows some of my growth and vulnerability. I’ve grown my musical palette and work with artists that bring the best out of me now. It’s a more concentrated and considered effort at explaining my emotional state. Also, I’ve gone with a central concept that threads throughout the whole album. I’d like to think that anyone who listens to my music would do so because of how it makes them feel, the depth of the raps and music as well. So anyone who is still up for that won’t be disappointed and turning on me would just be wack lol.

What directions have you explored on the album that you haven’t touched on before?

Kintsugi is based on the Japanese philosophy and mending practice so I delved a little deeper and peeled back a few layers of “Sipho”. It’s more melodic, musical and pulls from genres just outside what people would expect from me. I’ve incorporated some live music as well.

What made you wait so long between releases?

I stepped back unwillingly. As an independent artist and a student doing everything out of my own pocket, I ran out of money and had to step back to make some money.  I think it’s been both the most frustrating and liberating time in my musical journey. It has however also given me some time to step back and be self-aware about what I was making music and what’s important to me. I was here two years ago.

iNDiGO is the gift that keeps on giving

Since bursting on the scene in 2016 with his Back Seat Galaxy EP, Espacio Dios has earned a reputation as one of the most exciting genre-ben...