The worlds of hip hop and extreme sports seem like polar opposites. Hip hop is perceived as predominately centring Black men—often from disadvantaged communities—while extreme sports like BMX, ATV, skating and motorcycling is characterised by upper to middle class white men seeking adventure and thrill. However, these two cultures share an important connection – both were created by the misfits for the misfits. Both owe their origins to the streets and both are counter cultures that have always been in rebellion against the mainstream.

This connection has existed since the golden age of rap music. There are a plethora of examples where these two worlds have collided including; Tupac’s 1995 summer smash, “California Love”, Puff Daddy and Faith Evans’ tribute to Notorious B.I.G with “I’ll Be Missing You” and the standout song in the Biker Boyz soundtrack, “Ride” by Redman featuring E.3. But it was the “Ruff Ryder’s Anthem” music video that was released in the summer of 1998 that was largely responsible for popularising biker and four-wheeler culture in rap music. Rapper EVE carried on the tradition with her MTV staple record, “Let Me Blow Your Mind” featuring Gwen Stefani. The imagery had a lasting impact on hip hop as it served as an introduction to the BMX culture and showed alternative possibilities of expression to young Black youth.

“I grew up on Ruff Ryders, and I saw people doing it on my street,” says ASAP TyY, member of popular American rap group ASAP MOB. “It wasn’t something I initially was interested in doing but I was fascinated by it. I would watch it on TV when I was young and then I started on pedal bikes until I could finally put a motor on a bike then, it took off.” After being exposed to the culture, ASAP TyY (real name Tyrone Walker) became immersed and influenced by BMX greats like Dave Mirra and Mat Hoffman. “I used to hang pictures and rip them out of magazines and put them all on my wall so that’s where it started. Those are some of the people that I’ve looked up to coming up,” he says. At eleven years old, TyY was on the streets of Harlem doing tricks and to this day, the neighbourhood is the centre of BMX culture in New York. In his late teenage years, the daredevil rapper branched into motocross and began modelling legends like Travis Pastrana, Jeremy McGrath and Motorcycle Hall of Famer Eve Knievel.

After Ruff Ryders, extreme sports became more prominent in the hip hop scene with artists like Queen Latifah, Lil Wayne, Pharrell Williams and Lupe Fiasco amongst many others belonging to a group of artists who have incorporated it into their brand or music, and that merger has become its own subsection within hip hop. In South Africa, it is no different. Shane Eagle is an avid BMX rider and has included that element into his artistry. He has had BMX riders with him in his concert shows as he performs and in music videos like,“Julia”.

Anatii and DA LES are artists that express their love for skating through their fashion style. And as there is a space to comfortably own the culture and the aesthetics, it opens the doorway for artists to capitalise on the connection between hip hop and extreme sports. DJ Speedsta has turned his passion into a business venture through his new store Skate Hub – a boutique which combines his love for music and skating. The store primarily sells apparel, skateboards and skateboard accessories and it houses a recording studio.

The idea for it started after his doctor suggested he find something to do to lower his stress. “My hobby was skateboarding, so I thought let me go skate and get my mind off things. I used it as an escape because it’s therapeutic. But me being me, I can’t just do things and sit still. I can’t do things without working. I feel bad when I don’t work. So long story short, I always say I’ve never worked a day in my life because I take my passions and turn them into businesses,” the 27 year old stated. By entering the business realm, it gives leeway for hip hop to contribute and become influential in the respective sports. DJ Speedsta hopes this effect helps grow the small and burgeoning culture in South Africa by giving access to people who may have not had it before.

“This is just one phase of my actual project,” the Oneida hitmaker states. “I’m working on a 15 to 20 year project with ESCAPE (Empowering South African Climbing and Parkour Evolution), where we’re trying to develop skate parks in Johannesburg. The main problem with the skateboarding scene is that there’s no infrastructure so you find that a lot of the kids will be standing in the street and they will build their own parks. The state is not supporting the sport.” He feels the work is important not only because it can give access but also because of the opportunity to create careers for other skaters. Speedsta himself knows three skaters that have had to go to other countries to compete in other contests in order to qualify for the Olympics because there aren’t enough facilities or revenue within South Africa’s skating scene. “The skating scene that exists is mostly in Cape Town and is run by white people who’ve been there for 25 years. I’m coming in as a Black kid and saying look, I want to switch things around. For me, it wouldn’t make sense to be working all these years and having all these hit songs and all these accolades and have nothing to show for it.” 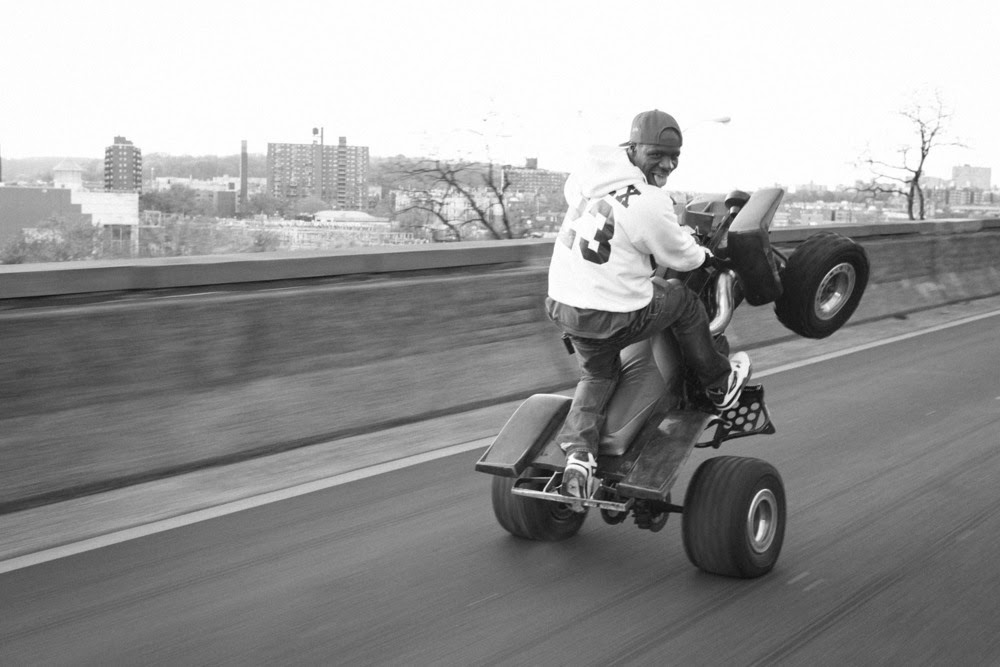