Cape Town based multidisciplinary artist Manie Fagodien, needs no introduction especially to those in the creative and skate culture scenes of our beautiful Mother City. It is his work under his Tough Love moniker — in particular, stretching as far back as 2018 — that has drawn a strong emotional response from me. There is a strong sense of nostalgia and undeniable duality that can be felt seeping from every piece of work Fagodien produces as Tough Love. Names carry weight. They are signifiers of intent, purveyors of emotional predisposition which ultimately tell a story in of themselves. Fagodien’s Tough Love moniker is no exception, even before engaging with his work there is some emotive response to the phrase itself, some subconsciously archived feeling of what the phrase has meant for you throughout the years. To Fagodien the creative project’s name closely mirrors a personal “point of view or outlook on life.” 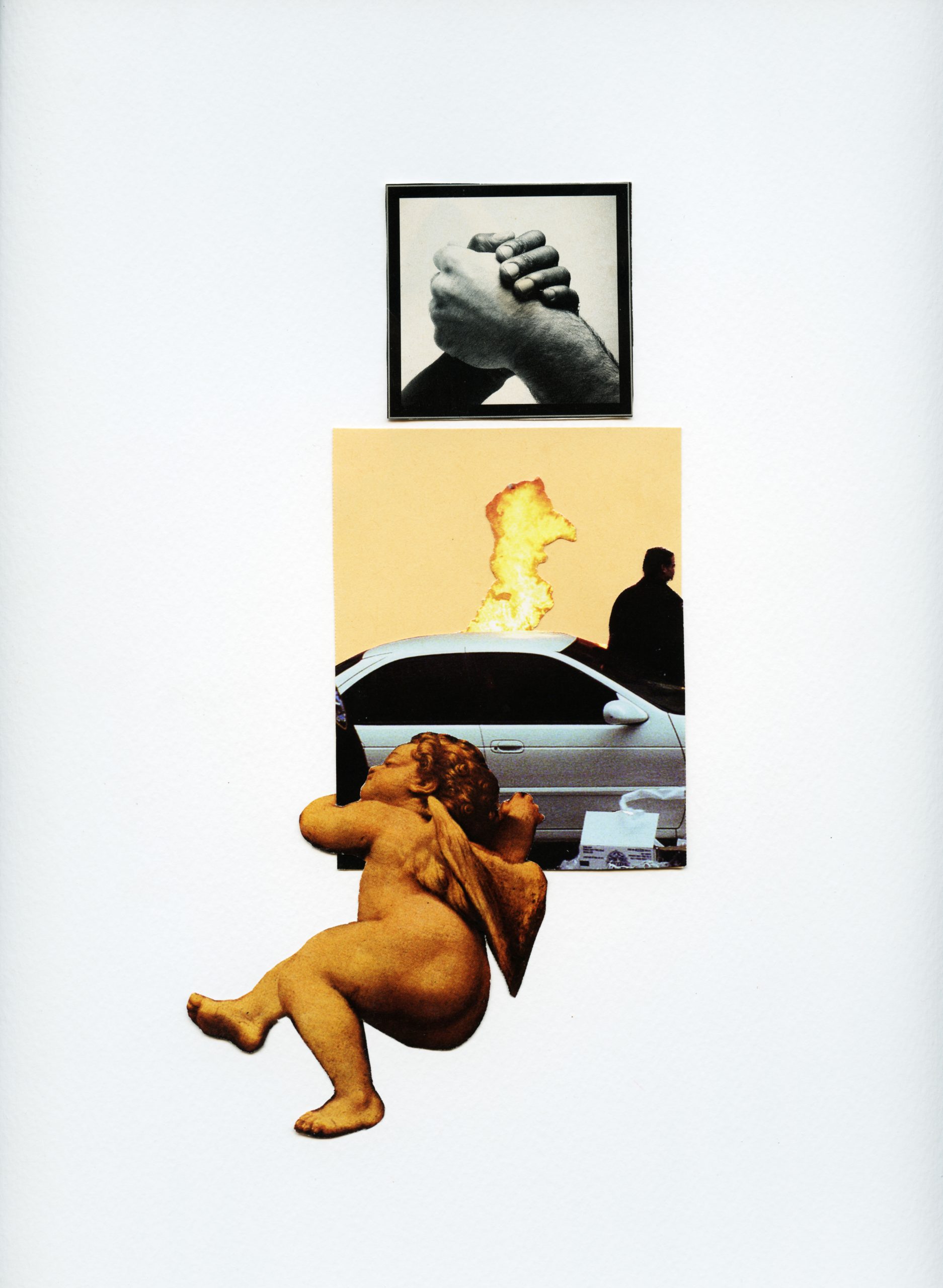 “Specific life experiences have programmed us into thinking and acting a certain way. Whether good or bad, we have all had the “be cruel to be kind” approach before. I believe hardships make us who we are, and we would be nowhere without them.” Now, I’ve personally always found the concept of Tough Love rather paradoxical – but then again – the emotions we feel as people present a web of  complexity, where unraveling them and the emotional impact we have on others and feel in relation to them are concerned. Tough love is one such intricate emotional approach that, as Fagodien says, is a fact of existence that permeates within and amongst all of us. For him, it’s something that resonates deeply and is a moniker that perfectly captures the emotional range his work invokes. 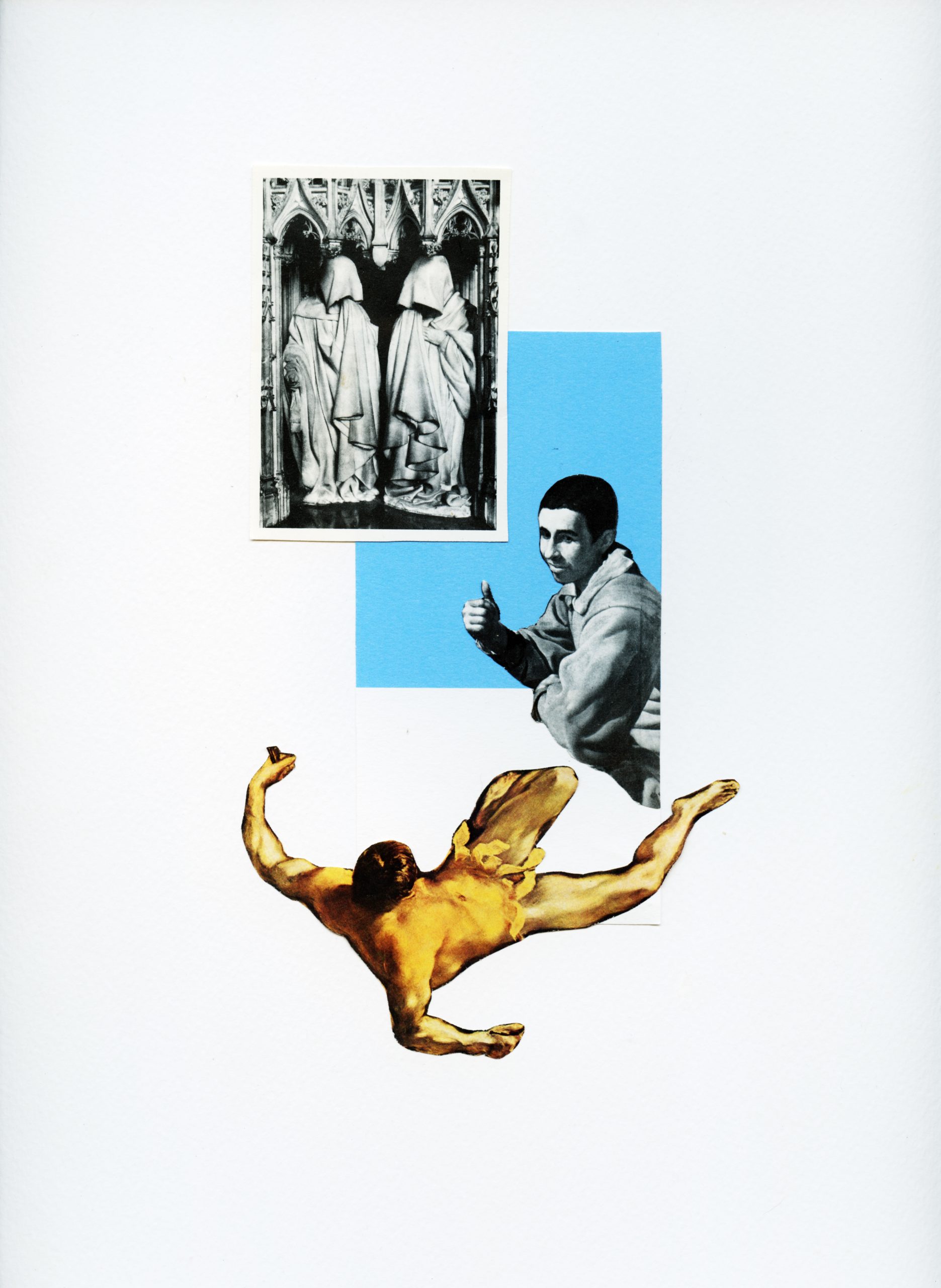 For me, it’s this very paradox, this sense of dualism, the sense of conflicting yet overlapping emotions that sets Fagodien’s work apart. His images are somehow simultaneously in your face and subtle. Confronting yet comforting. Aggressive yet inviting. A fantastic example of this can be seen in the recurring motif of red, seen through much of his early work. Red is represented in a multitude of ways, whether it be a lipstick laden mouth, roses or blood. The recurring colour motif also carries with it a large amount of interpretative duality and importance as explained by Fagodien himself; “For me, the colour red not only evokes feelings of love, passion, warmth, confidence and strength, but also anger, aggression and defiance. I don’t always use this colour, as seen in my current works [as] I focus on more subdued colours. However, when I do it has a purpose and I hope to awaken the above feelings in some way or another.” 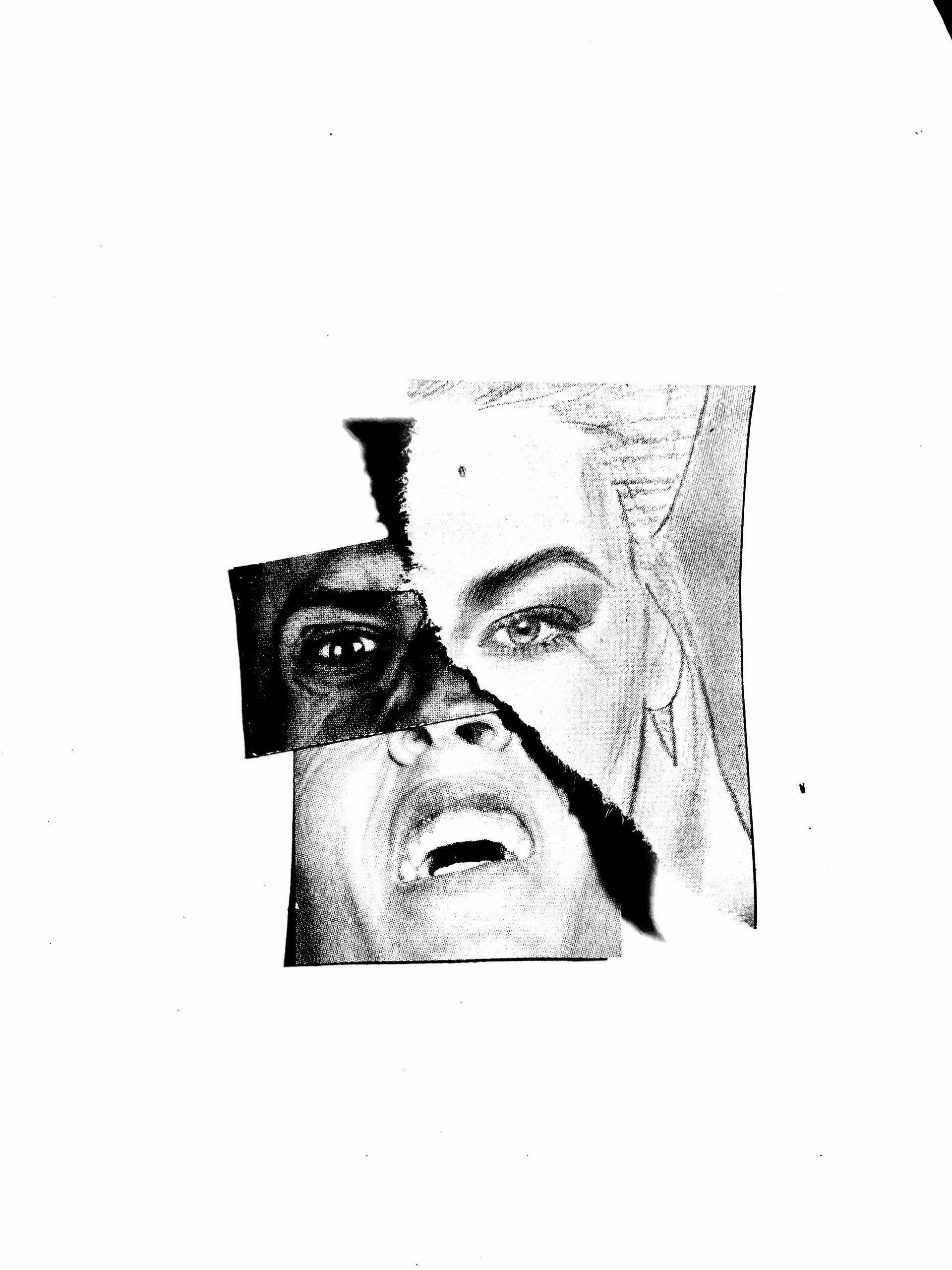 Another avenue in which Fagodien’s work succeeds in a personal capacity is in invoking a longing sense of nostalgia. This might be due to the materials Fagodien sources to create his illustrations and collage pieces which include personal photographic archives as well as stacks of long-forgotten about magazines. Whether it be the undeniable eyes straight from an early 2000’s fashion magazine, references to anime mainstays like Naruto, the visual references to the punk scene or the often very film noir look his artworks are imbued with- for me there is always a sense of, amongst other emotions, nostalgia. Although Fagodien sees himself as quite the sentimental person it’s not necessarily nostalgia that he is trying to invoke but would rather leave the audience to engage with his works from the truth of their own emotional response to them and what they perceive. With a growing list of collaborative work in the world of fashion, his most recent being with Leaf Apparel, Fagodien shows no signs of slowing down. Open to and actively working with exploring other mediums as well, it’s safe to say Tough Love is here to stay.