A glance at the contemporary media landscape in South Africa conjures up images of newsstands littered with political scandal, criminally bad tabloid journalism and bland design after bland design. It’s no wonder that mainstream media can often leave a sour taste in consumers’ mouths as it’s all too apparent that these publications, both online and digital, are far more concerned about meeting specific metric goals than necessarily producing forward-thinking or industry pushing content. Instead, they tend to play it safe, favouring “trend-focussed mass-market” models, as Naomi Van Groll writes. Enter iJusi, the brainchild of award-winning designer, photographer, publisher and archivist Garth Walker. Established as South Africa was entering democracy, Walker wanted to explore his own identity and place in a rapidly changing South African landscape.

I started [iJusi] in 1994 as my interest was ‘what makes me South African, and what does that look like?’ – since the 80s, I had been documenting ‘street design’ as and when I found it. Back then, there wasn’t much around (outside of townships), which then all changed with the 90s with Mandela’s release. In Durban, there was a massive influx into the city (CBD mainly) and what was happening ‘on the streets’ was accessible… By 1994 when I designed the first issue, I had enough ‘stuff’ to fill at least two issues (which happened). The archive is now massive, and I’ve lost count of the number of images covering design, type, illustration, architecture, cemeteries, structures, vehicle livery and so on. The first issue was me really experimenting with the whole idea. 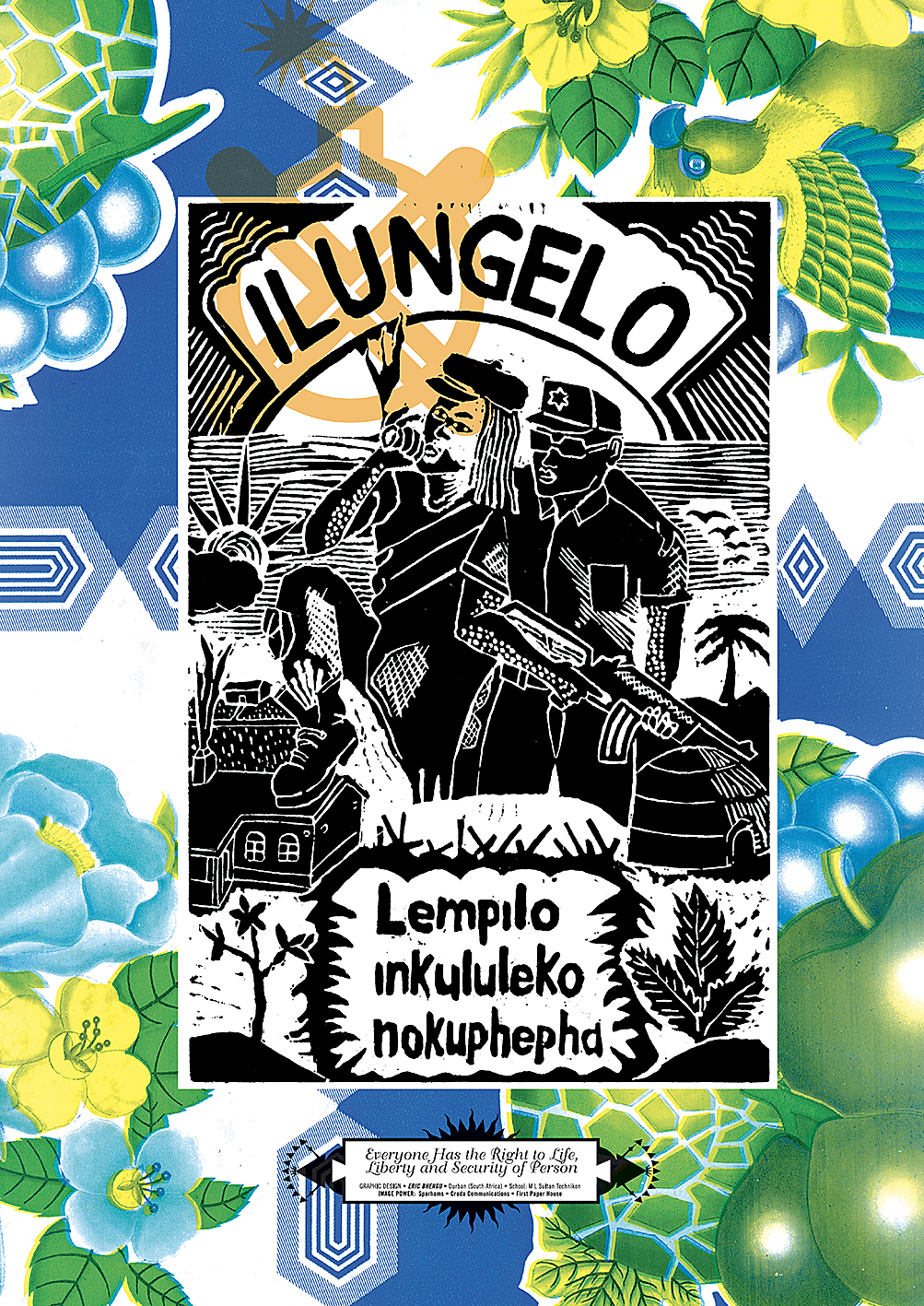 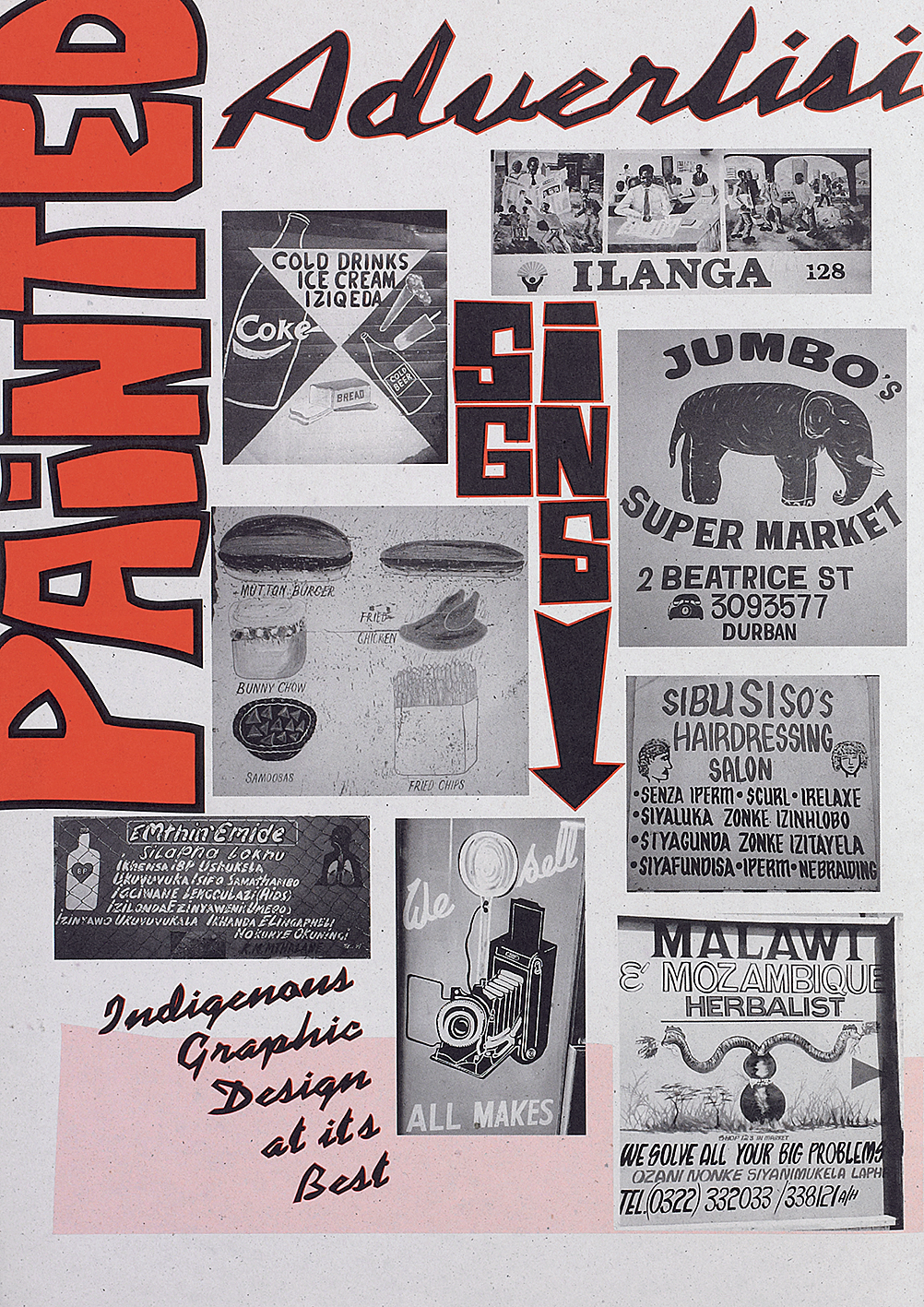 In truth, iJusi serves as the absolute antithesis of the modern media landscape. Just take its small print runs; the fact that Walker is hellbent on keeping the magazine in print at all, already contradicts the global trend of mainstream media’s digital migration. It also takes only one glance to see that iJusi doesn’t look like anything else SA has or has had to offer. A strong, detailed, but flexible visual language, niche themes and content, and most importantly, the courage to push the envelope. This maverick approach doesn’t just stand out within the contemporary media landscape but already raised eyebrows locally and internationally with its first couple of issues.

The first issue was me really experimenting with the whole idea. It then sat unpublished until 95, when I got lucky with a local printer wanting to source more business from ad agencies. Their PR outfit thought this would be better received by creatives than a standard mailshot. Wrong. Agencies freaked out, thinking, ‘this is what our ads would look like. What will our clients think!’ The printer used 150 and I was given 150 copies. I had no idea what to do with them so I simply posted a copy to every design magazine I could find an address for (pre-internet, pre-email). This was internationally (when the Post office worked). After a few weeks, the fax went nuts as all these magazines suddenly discovered ‘graphic design from South Africa, Rainbow Nation’ blah blah. Madiba was a great help in that SA was totally unknown (design-wise) but Mandela was on everyone lips.

With local and international attention, it was apparent that this type of work had legs. By the third issue, Walker invited collaborators to submit content based around themes that simply wouldn’t be given the time of day by mainstream publications. Themes which explore typography, religion, identity, beloved and controversial leaders and everything in between, all wrapped up in a beautifully designed package. I think what sets iJusi up for its ongoing success stems from its flexibility in the visual language adopted with each issue. There are certainly some recurring themes as Walker himself says the visual language has over the years shifted from what was “a patois (visually) which over time morphed into a sort of ‘contemporary Swiss style meets African chaos’. Meaning the later issues are far more structured in layout, but the individual submissions may be ‘African-ish’ in execution”. It’s the attention to detail, particularly in the visual language, that I think makes iJusi such a seminal publication. Simply put, there is no stagnation visually; iJusi and its contributors are constantly adapting thematically to create these gorgeous and engaging industry pushing issues. 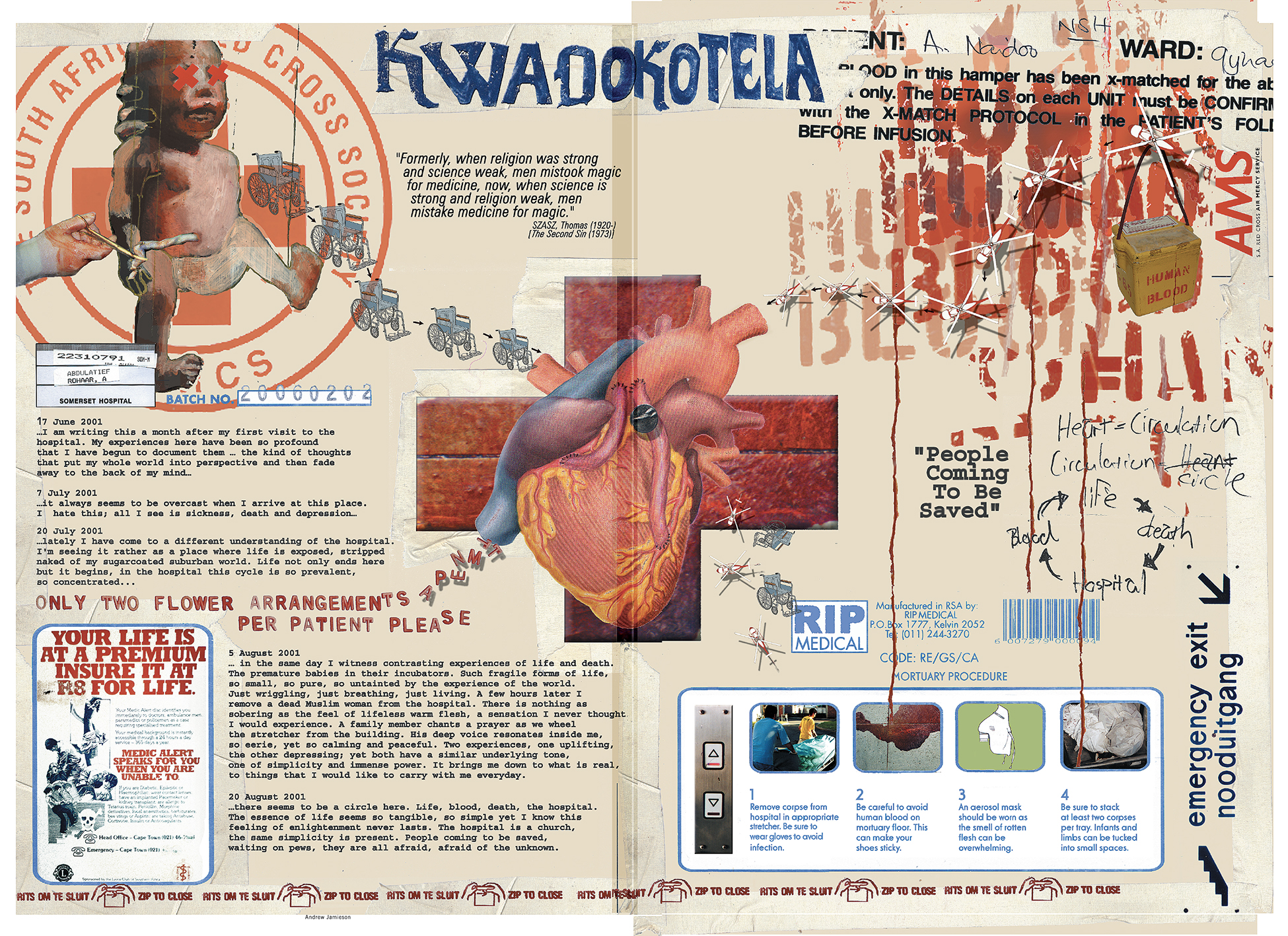 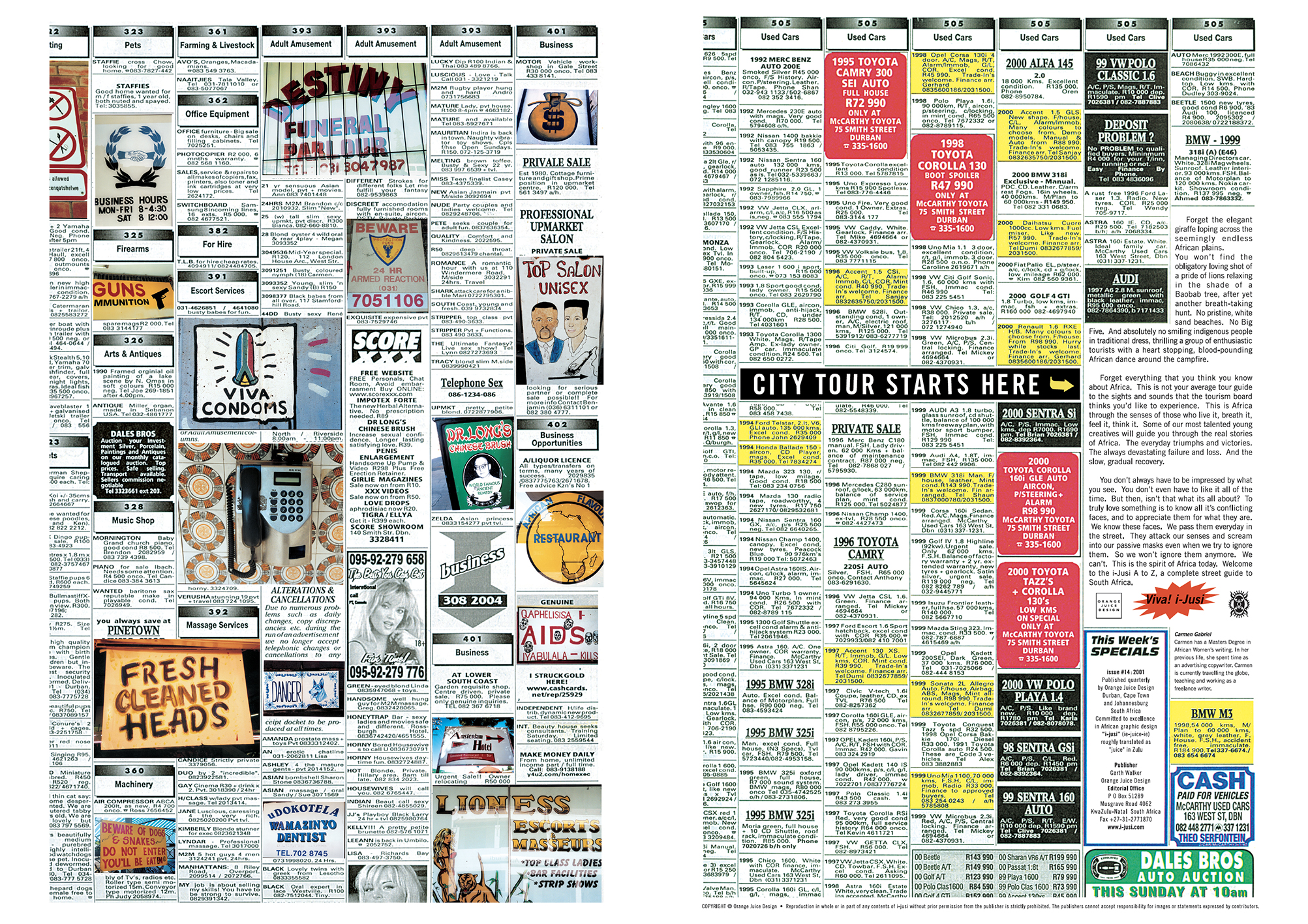 It also seems pretty apparent that the formula with which the mainstream approaches publishing is unlikely to change, despite the fact that this bland, safe approach seems ineffective in capturing the attention of younger generations disillusioned with their corporate, capitalistic, cookie-cutter content. As Walker explains, reflecting on the mid to late 90s, he thinks that from a visual language standpoint:

SA missed a huge opportunity (certainly the ad agency, marketers, and their clients) to re-invent how South Africans communicate. It’s now gone forever — though some brands have embraced ‘South Africaness’ to a degree. In my long experience, local creatives in the ad industry have an obsession of wanting to be London, Paris or NY (and we are hopeless as being that). Japan is the only culture I can think of that (in design terms) created an entirely new visual language by combining ‘international style with Japanese sensibilities’ to create a glorious hybrid. We had that chance but missed it entirely. The bottom line is design is subservient to money. He who has the chequebook has the power. To develop and nurture a visual language (universal), it needs money and commitment. ‘Clients’ have neither. And less than zero interest too.

The freedom away from corporate overlords overseeing every decision brings me onto why publications like iJusi and independent magazines’ survival are absolutely crucial to particularly the creative landscape in South Africa. In truth, the answer is quite simple as it boils down to the fact that they are independent. Independence within a field that is as tumultuous as the South African creative scene is crucial, as iJusi and other publications within the indie scene aren’t subservient to commercialised capital above all targets. They publish what they want when they want and subsequently create a counter-narrative to the trend-centric narratives prevalent in the mainstream. In my mind, the best way to visualise this point is to imagine a scenario where mainstream radio was the only platform that curated music. The thought of which conjures up a sickening feeling that we would have been robbed of experiencing some of the most influential musical movements and seminal artists in both an international and local context. Similarly, it falls on publication such as iJusi and its independent contemporaries not to act as gatekeepers, but rather as cultural curators who have their eyes and ears close to the streets. It’s not necessarily about featuring work that will garner the most eyes, rather it is more about producing meaningful work championing niche interests and lesser-known artists. 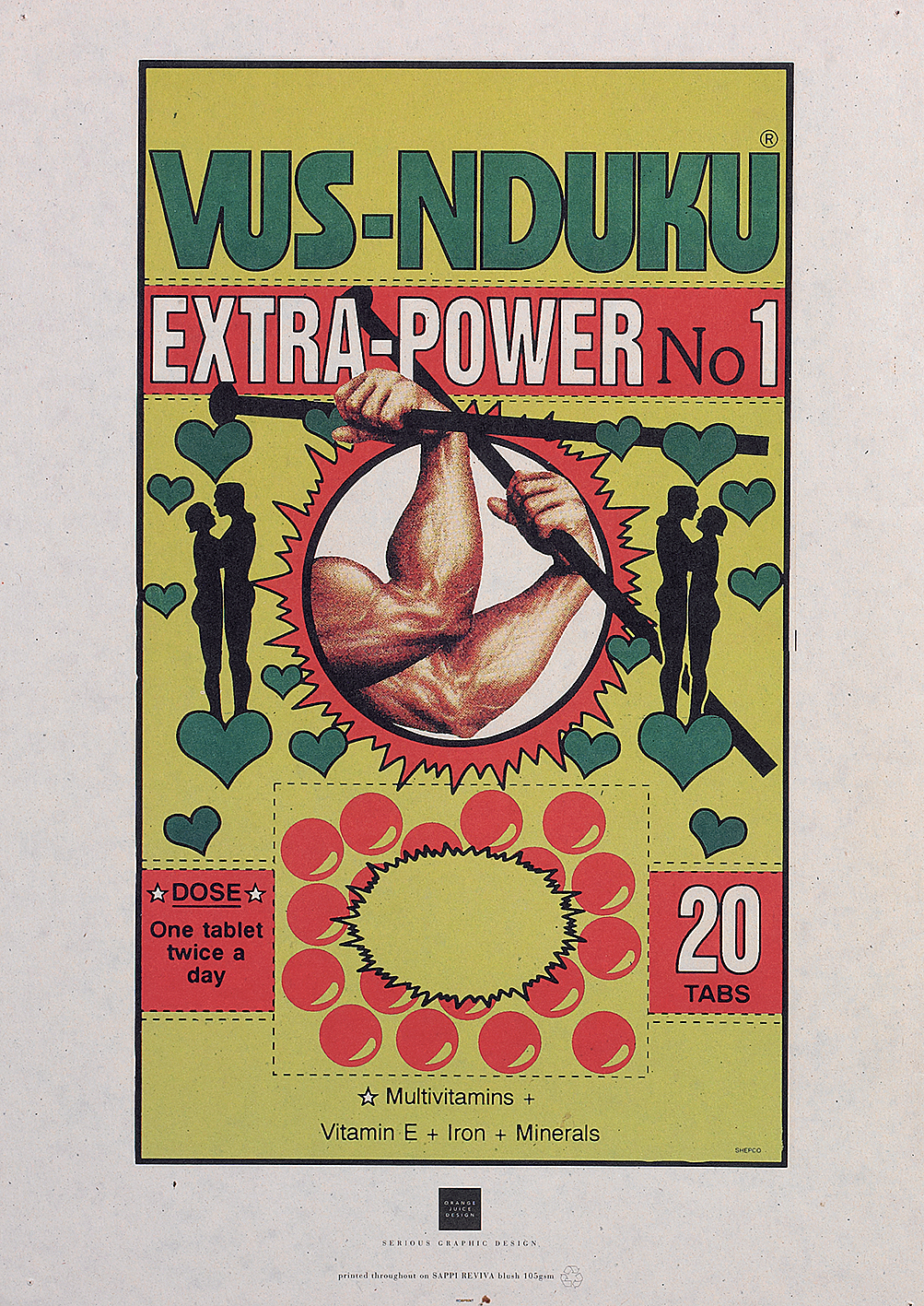 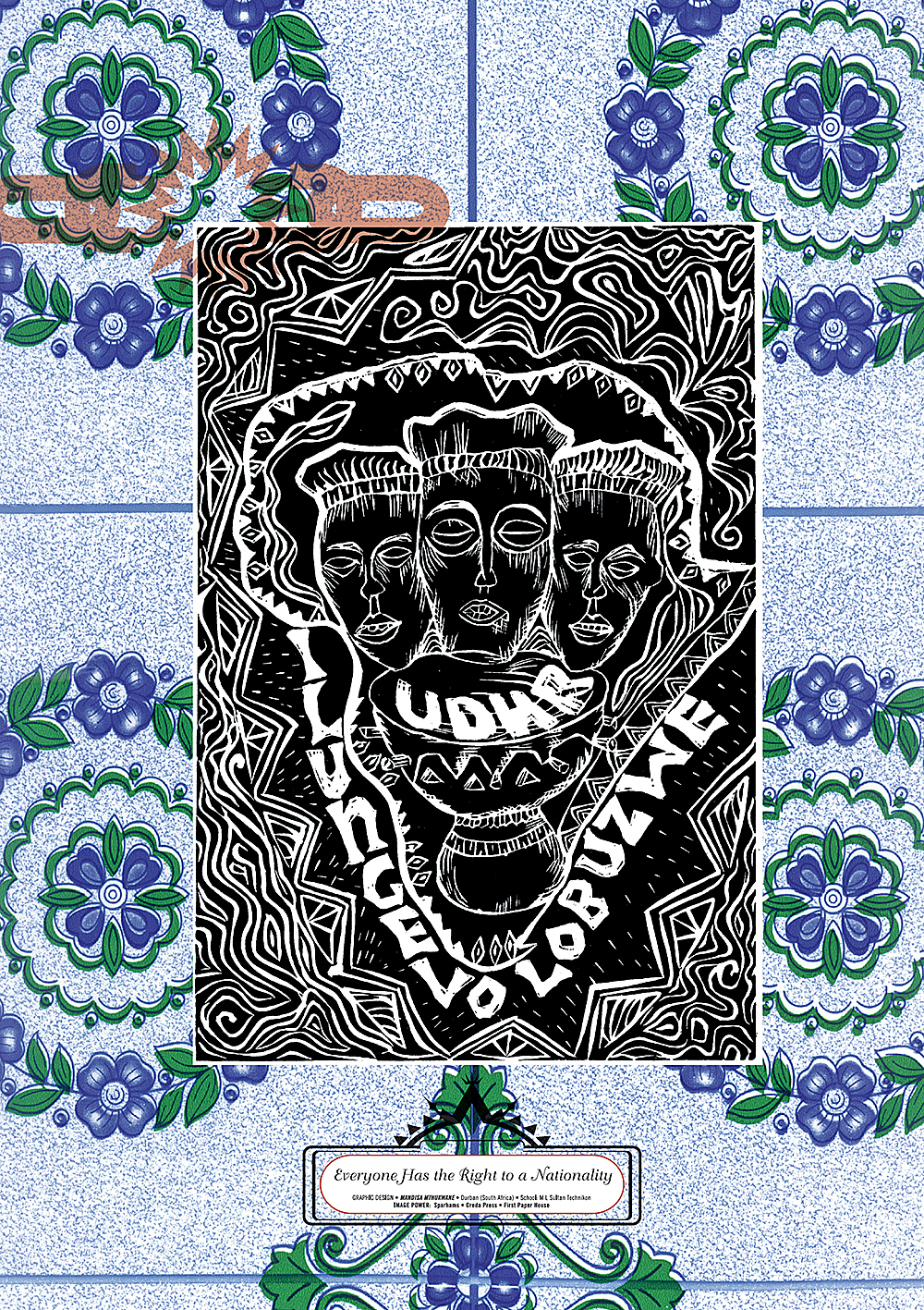 So what’s next? Well, there will always be a market for forward-thinking ideas in any industry and publishing and advertising are no exception. Interestingly, I think that these two particular industries are at a crossroads in their long and storied histories. It is plain to see print is dead, at least in the capacity print media used to be consumed in. This definitely shakes up the field as digitisation becomes somewhat of a gold rush wherein many smaller indie publication have somewhat of a headstart. The entry barrier may be lower than running and bankrolling a magazine in print, however, digital platforms come with their own sets of challenges. First, there is the issue of building an audience in a world absolutely littered with content. There’s also the challenge of navigating questionable algorithmic barriers set up by immoral tech-companies. And finally, the issue surrounding how to holistically sustain a publication when advertisers make online monetisation incredibly hard even when they benefit significantly from an increased online presence. To my mind, print is not entirely dead but will instead become a more niche field, which may even open up an opportunity for indie magazines to grab a more significant market share. However, I’m pretty confident in saying we’ll never see anything like iJusi again. For now though, Walker has one piece of advice to all the aspiring and active indie magazines out there, “Publish and be damned I say.”

The archived issues of iJusi can be read online here 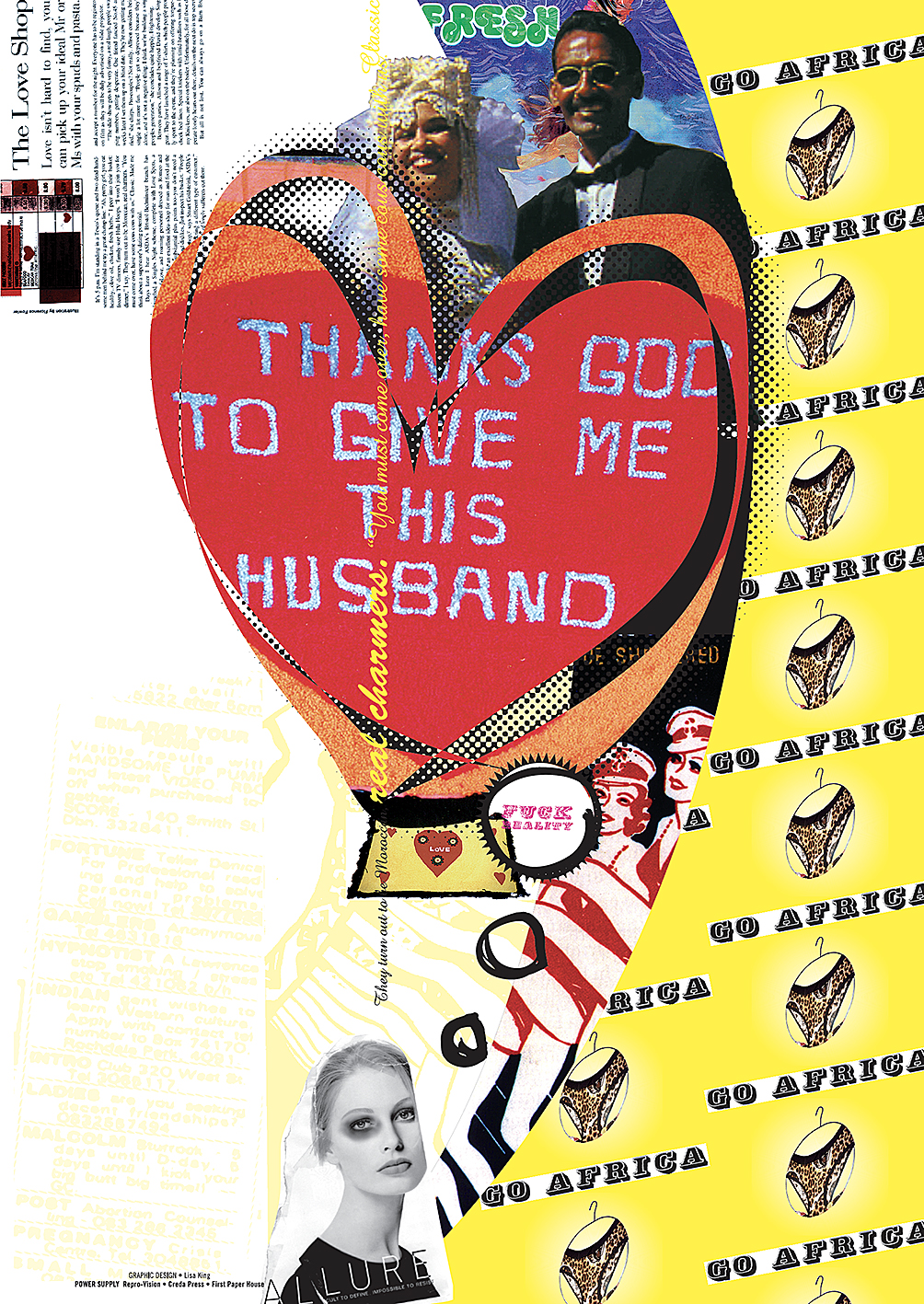 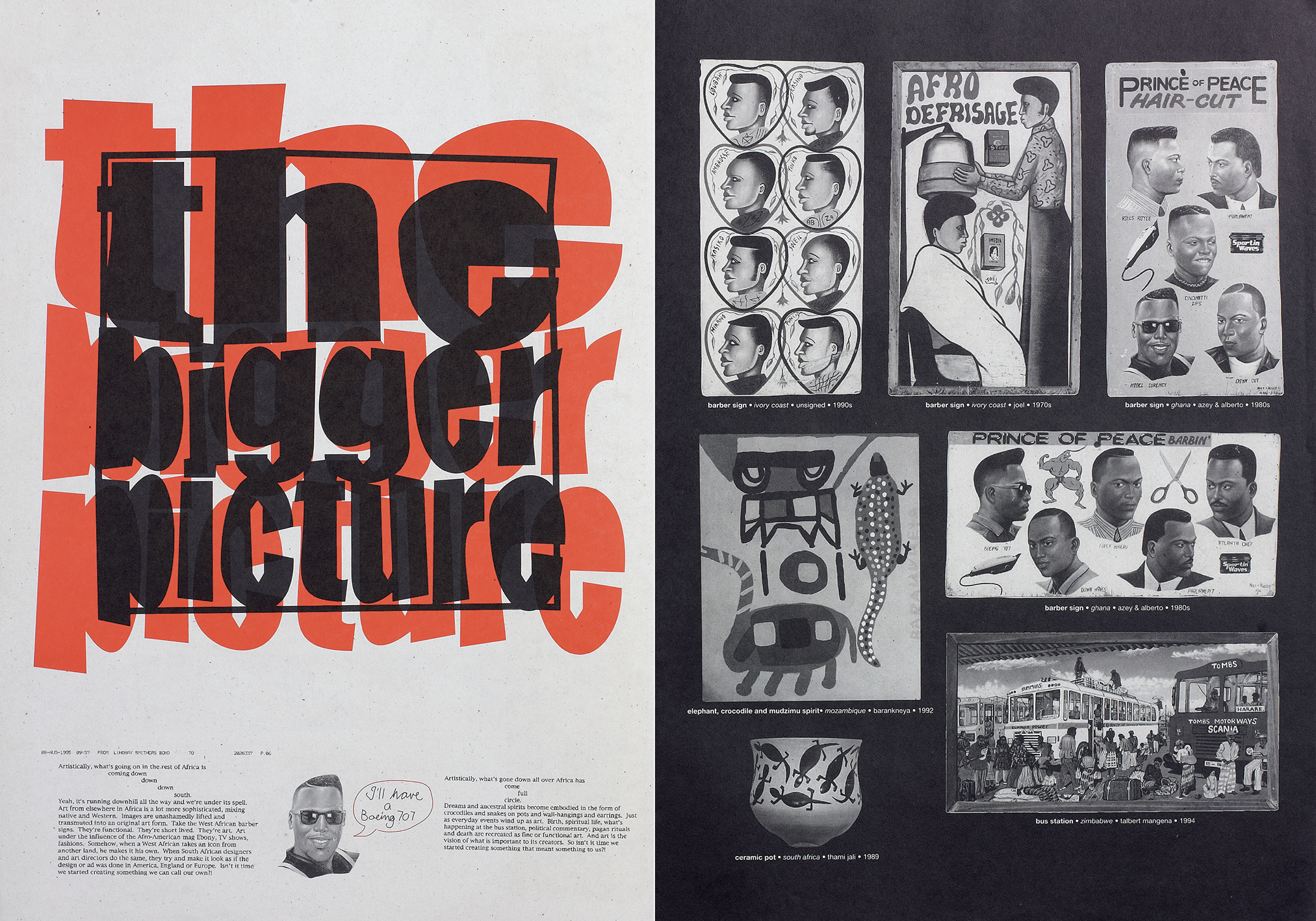 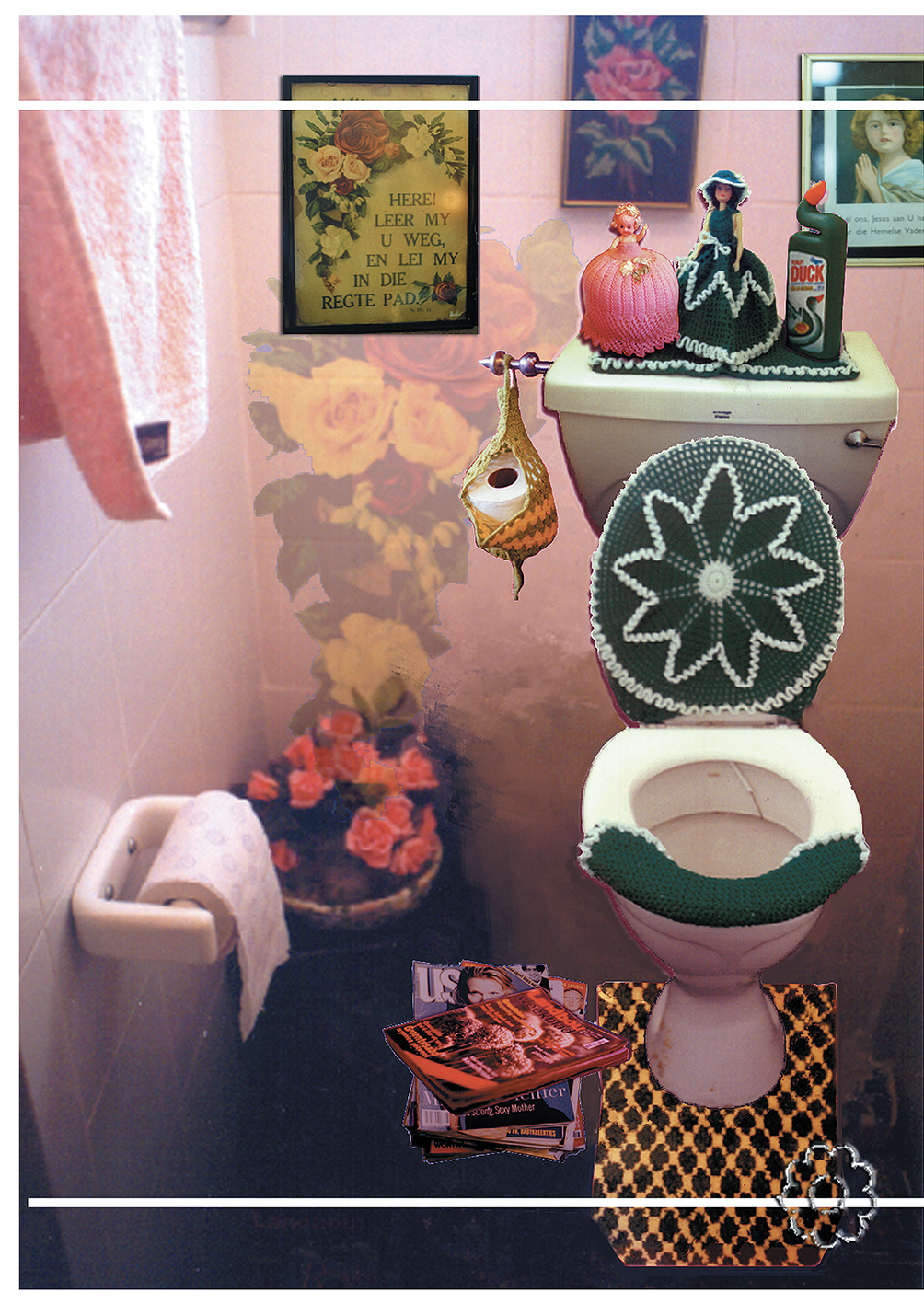 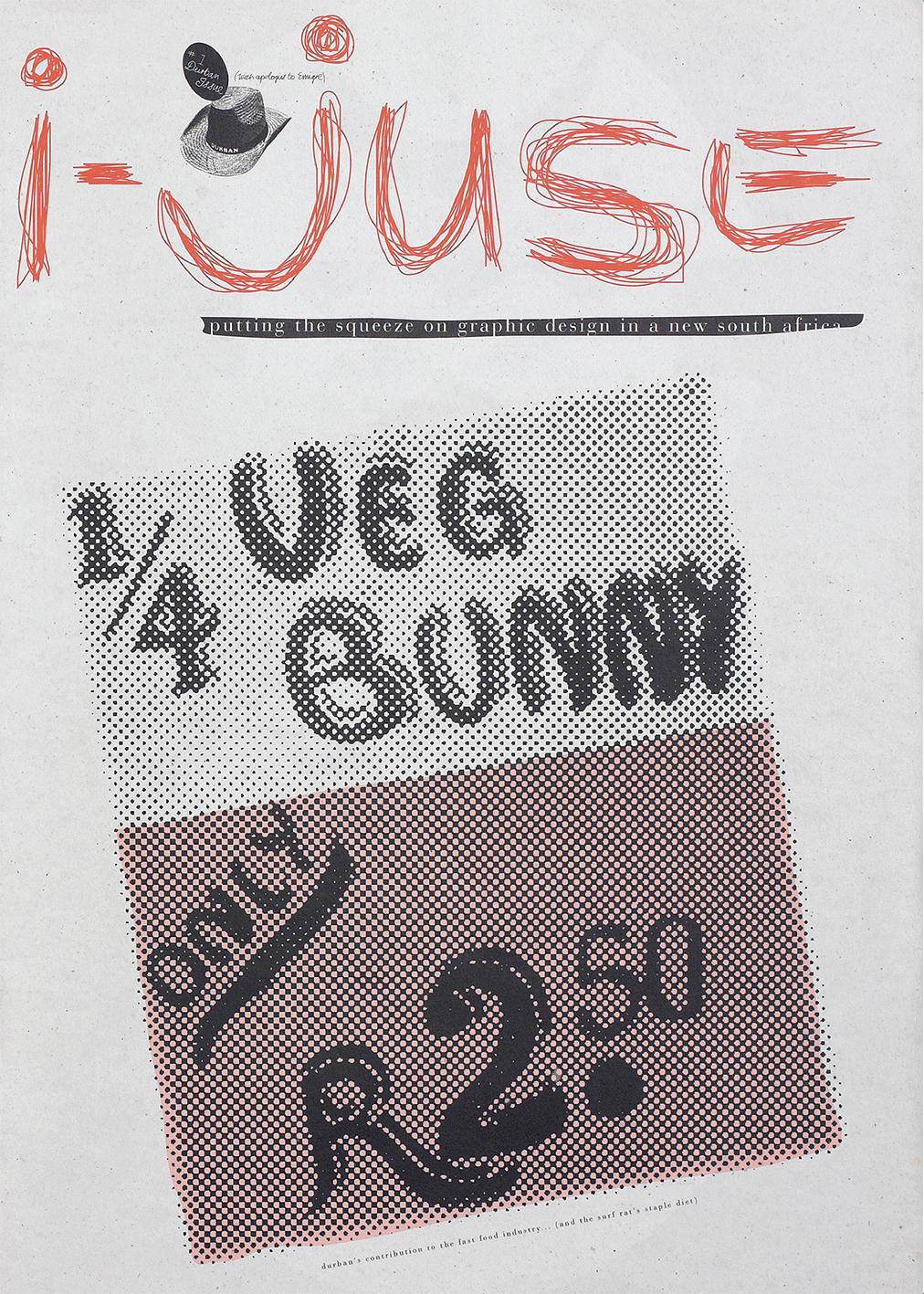 Oh bethuna, another remake: uBettina wethu and the pitfalls of national broadcasting