The Biennial is intended to place art in dialogue with the city. The first edition in 2017 took place at a railway compound in Yaba, beginning the Biennial’s intention to become a platform that binds urbanism and contemporary art together. By moving to different historically and architecturally significant buildings in Lagos, the Biennial becomes a kind of mapping practice, constructing art-inspired location points. The site for the 2019 Lagos Biennial, Independence House located on Lagos Island, through its history and its facade, spoke directly to the intentions of this year’s curators. The 25-story concrete reinforced building was gifted to the Nigerian government in 1959. At the time of its completion in 1963 it was one of the most prominent buildings in Nigeria, becoming a visual and architectural signifier of ambitions and visions that were put forward after independence. 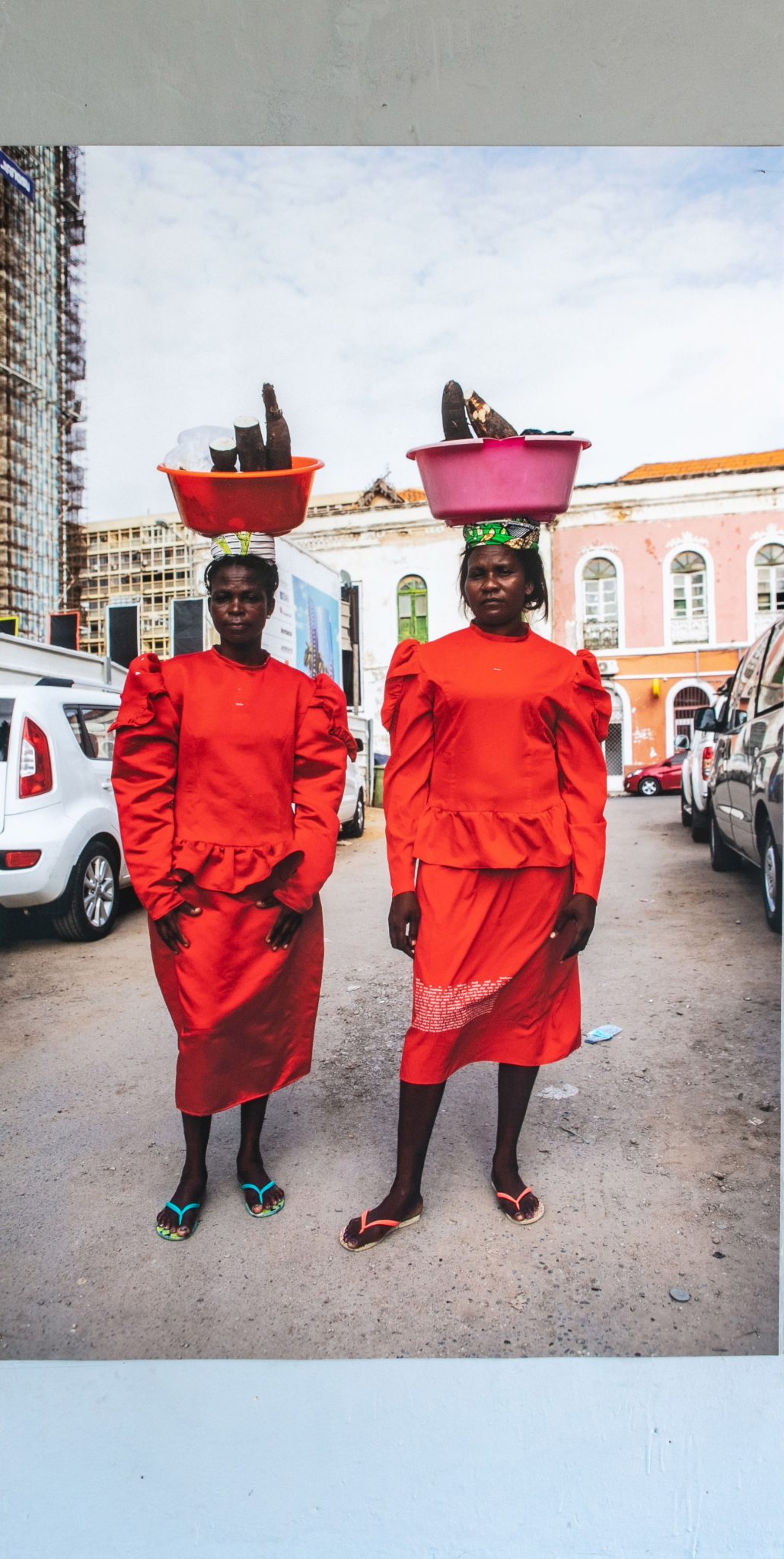 Linked to the architectural focus of the building was an artistic one, with Yusuf Grillo’s first mosaic; commissioned for the original site and still present. Felix Idubor’s cement sculptures adorn the sides of the building, also produced in 1963 as part of the original site. The visual in the form of art and the architectural, come together again, amplifying the significance of the Biennial’s aim. The history and location of this building was central in influencing the curatorial strategies implemented by this year’s curatorial team, Antawan I. Byrd, Tosin Oshinowo and Oyinda Fakeye. By inviting specific artists as well as having an open call, the majority of the works shown at the Biennial were produced in Lagos, and were a responsive to the city, drawing on local materials and contexts.

The title for the Biennial, How To Build a Lagoon with Just a Bottle of Wine?, was inspired by a line in the poem A Song for Lagos by Nigerian writer Akeem Lasisi. By posing this as a question, the curators were able to encourage the contributing artists to thinking inventively and poetically about urban narratives and imaginaries, and allow them to find direction from the title in their own way. Phrasing the title as a question also invited an open way for audiences to engage with the work. The video work of Nicolas Carrier and Marie Ouazzani titled Exposition périphérique (2018) is an example of this connection. The video displayed people delicately caring for plants within the city context, highlighting their concept of “climate fictions” or imaginative narratives developed to encourage audiences to be more responsive to the effects of climate change. The video presents imaginary car trips around cities that border Paris, where one witnesses gardeners who in their mission to combat the effects of climate change, spend their time taking care of pot plants. Placed in eye view of plant life growing outside the building, the link between work and curatorial strategy brought the city into the exhibition space in a direct way. 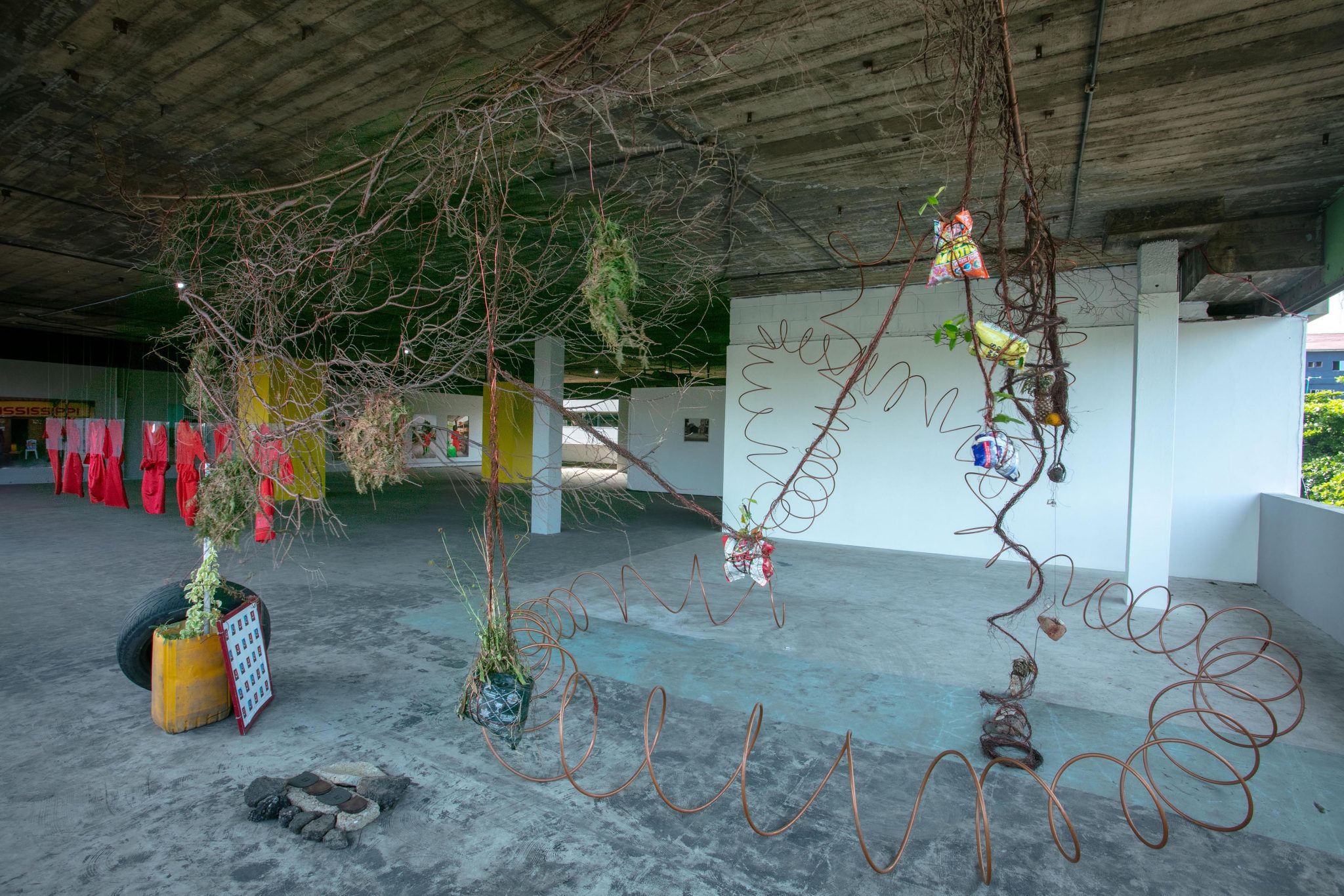 Some works were produced as direct responses to the building, such as Ndidi Dike’s A History of a City in a Box (2019), made from archival photographs, documents, sand, and paper and wood files boxes. Taking up almost the entire floor space in one of the exhibition sections, the composition of the work mimics a cityscape. During her initial visits to Independence House, Dike discovered what was left of an old office, still containing bureaucratic government documents. As a condition for using the building, this office had to be closed off. Struck by this discovery and the concealment of the office space, Dike created the work as a contemplation on the aesthetics of bureaucracy in Lagos. She assembled used wooden file boxes, similar to the ones used during the colonial era to protect and conceal information. Within these are archival documents and images of the city, hidden from viewers. This demonstrates how urban political systems rely on the concealment of information to maintain order and control. A series of talks and performances at Independent house, allowed for direct and immediate responses to work, with artists presenting how they threaded the history of Lagos with its contemporary complications, and Diasporic reflections on the city and identity.

Continuing with the Biennial’s central focus, the programme OFF-ISH operated as an extension of the Biennial into other parts of the city. This extension showcased how art and curatorial practice can create coordinate points, building an imagined map that draws upon varied urban narratives and imaginaries, and understandings of navigation, expression and access. Exhibitions, performances and parties hosted by hFACTOR and other collectives brought a dynamic energy to the way in to think about the purpose and methods of display and engagement for a Biennial. There is an excited anticipation for the next edition, the next location point on the expanding artistic map the Lagos Biennial is beginning to articulate.