Azibuye – The Occupation is the first South African VR documentary to be shown at the Sundance Film Festival. The documentary tells the intimate and captivating story of Masello Motana and Evan Abrahamse, and how they occupy an abandoned mansion in an affluent part of Johannesburg. Their action gives light to the necessary interwoven possibilities of art, activism and social justice, particularly in South Africa; a country with such deep divides.

The joint energies of the protagonists fill out the message they were trying to convey with their presence. Masello is a performance artist and now “memory keeper”, and Evan is an activist with a history as a trade unionist and time spent within the armed wing of Umkhonto we Sizwe. Collectively they were able to underline ideas around ownership and the connected socio-historical elements that maintain inequalities.

Masello and Evan were using the occupation as a tool and a message to speak directly to questions and frustrations around land redistribution in South Africa, an emotive issue which has seen very few steps forward over the past 25 years.  Their use of the occupation is what compelled documentary filmmaker Dylan Valley to share their story.

“They were unapologetic about their goals and managed to take action on an issue where there has been so little movement by elected officials. The history of the house itself also reflects layers of South African history and is visually arresting – there are details and textures everywhere,” Dylan expresses. 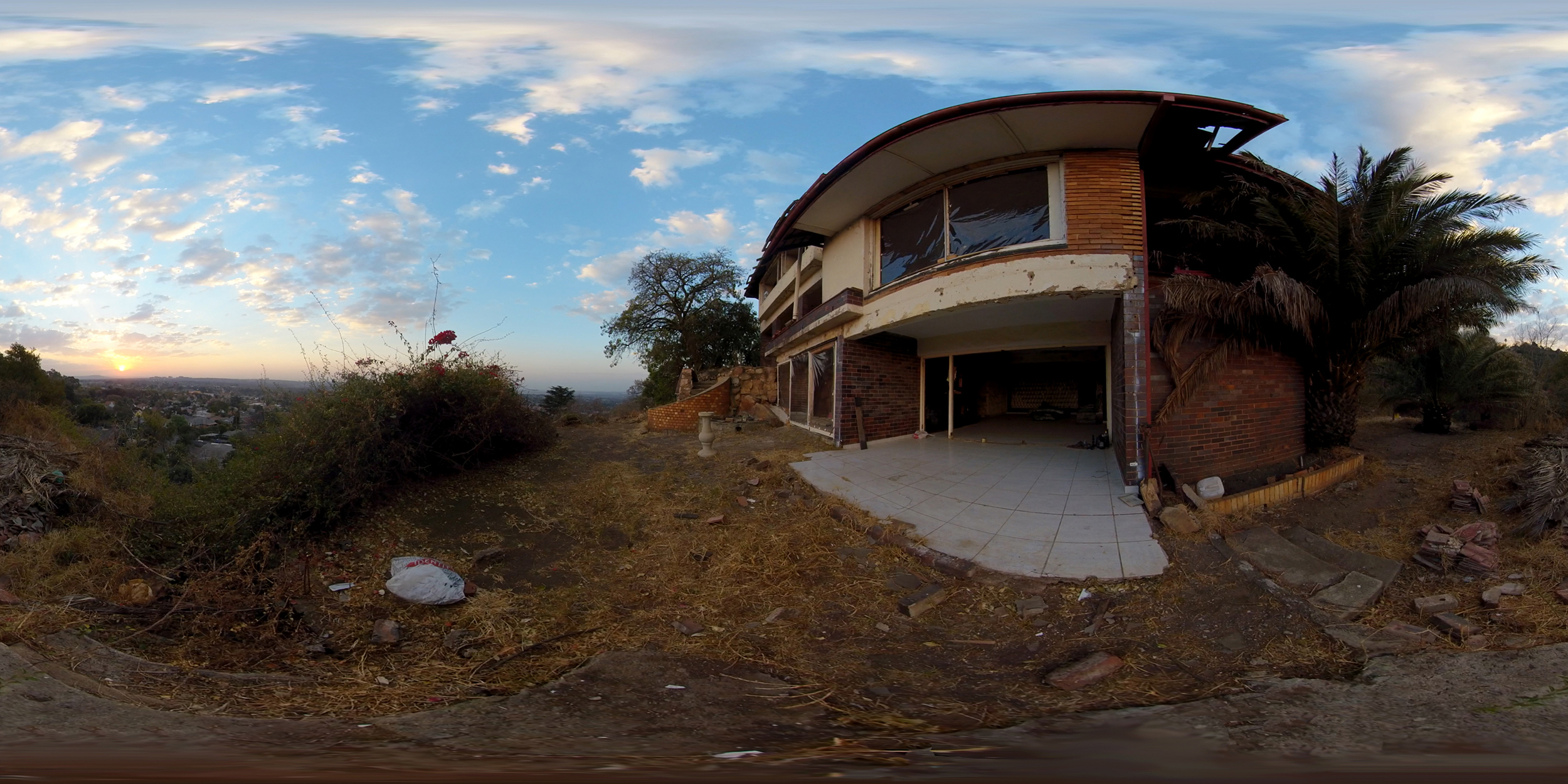 The documentary speaks to imaginaries of Johannesburg’s affluence masking the true living conditions of most people in the city, and the country. The actions taken by Masello and Evan, and the documentary mirroring their efforts, begins to ask the questions:

How much do black South Africans really own, and how do we redistribute land that was stolen during colonialism? What is the ethical value of the accumulation of individual property ownership, especially unused land?

When asked about the choice for VR as the form for Azibuye, Dylan expresses that, “through filming this as a VR film, the audience is immersed in the occupied house, which is visually arresting as it’s a mansion that has been left to decay for about 20 years. The viewer is placed in the role of someone inside of this occupation, and is then, in a sense, a collaborator in this radical act. When questions about who actually owns the house comes to surface, the viewer has to face their own biases and assumptions. It gets complicated.”

Sharing this documentary at Sundance Film Festival speaks to the importance of these narratives and how VR/AR allows for creating stronger links of familiarity with issues and peoples. At its core, the film drives a political and artistic knife through the flesh of capitalism. “It’s important for black people, women and marginalised voices to take a leading role in emerging technologies and immersive storytelling as the ‘rules’ and power dynamics are not yet set in stone.”