Over the past decade, Cape Town’s creative scene has blossomed into an exceedingly attractive destination — welcoming a wide variety of creatives within different disciplines and age demographics. Regardless of age, there are certain creatives whose work manages to transcend this “age gap” — utilising existing cultural themes and motifs as communal binders — and in doing so, recreating the idea of community all over again. Yaeesh Dollie, who prefers to be addressed by his childhood nickname, Posh, is a 21 year old fashion designer, multifaceted creative and a succinct example of a creative whose work aims to transcend time. His fashion brand and art project, DAREMPOSH, continues to act as a case study into his own personal heritage and identity as a young Coloured Cape Malay Muslim in contemporary South Africa.

In a virtual dialogue between Posh and myself, he explains that he is from the South Suburbs (Athlone), “where the cool shit starts.” Whilst also currently studying towards a degree in education, he aims to utilise DAREMPOSH as an agent for good, by acting as a positive influence for its community. Within this exchange, I managed to understand this designers brand and creative process further, while being educated in ancient Muslim traditional customs — through Posh’s previous creative projects, such as Chapters of a Cape Malay Laaitie, and much more. The name of your fashion brand is DAREMPOSH — what does the name mean and how did the naming process come about?

Posh: DAREMPOSH started out as an idea for a fashion brand in October of 2020. However, over the past few months, this has changed to the point where I do not consider DAREMPOSH as a fashion brand, but rather as an art project through which I can express myself in whatever medium I desire. Garments are merely one way in which I choose to convey a message. The name ‘DAREMPOSH‘ derives from my culture being Cape Malay and can be broken down [into] two words: namely ‘darem’ and ‘posh’ which — in English — could loosely be translated to ‘quite fancy’. DAREMPOSH would be used by elders to communicate with you that you are looking stylish and I would constantly hear this growing up. It was only appropriate that I name my creation after experiences that I hold dearly to my heart.

What are the guiding principles of your brand?

Posh: I always try to be conscious of my culture, where I come from, and my experiences, to guide the stories I tell through DAREMPOSH. I am aware of the fact that there [is] a population of youth [who] look to the projects which I make as a source of encouragement. Therefore, I do not display any sort of aesthetic that might steer these individuals down the wrong path. I would say that culture and morals are the main principles that I utilise in guiding the journey of DAREMPOSH. 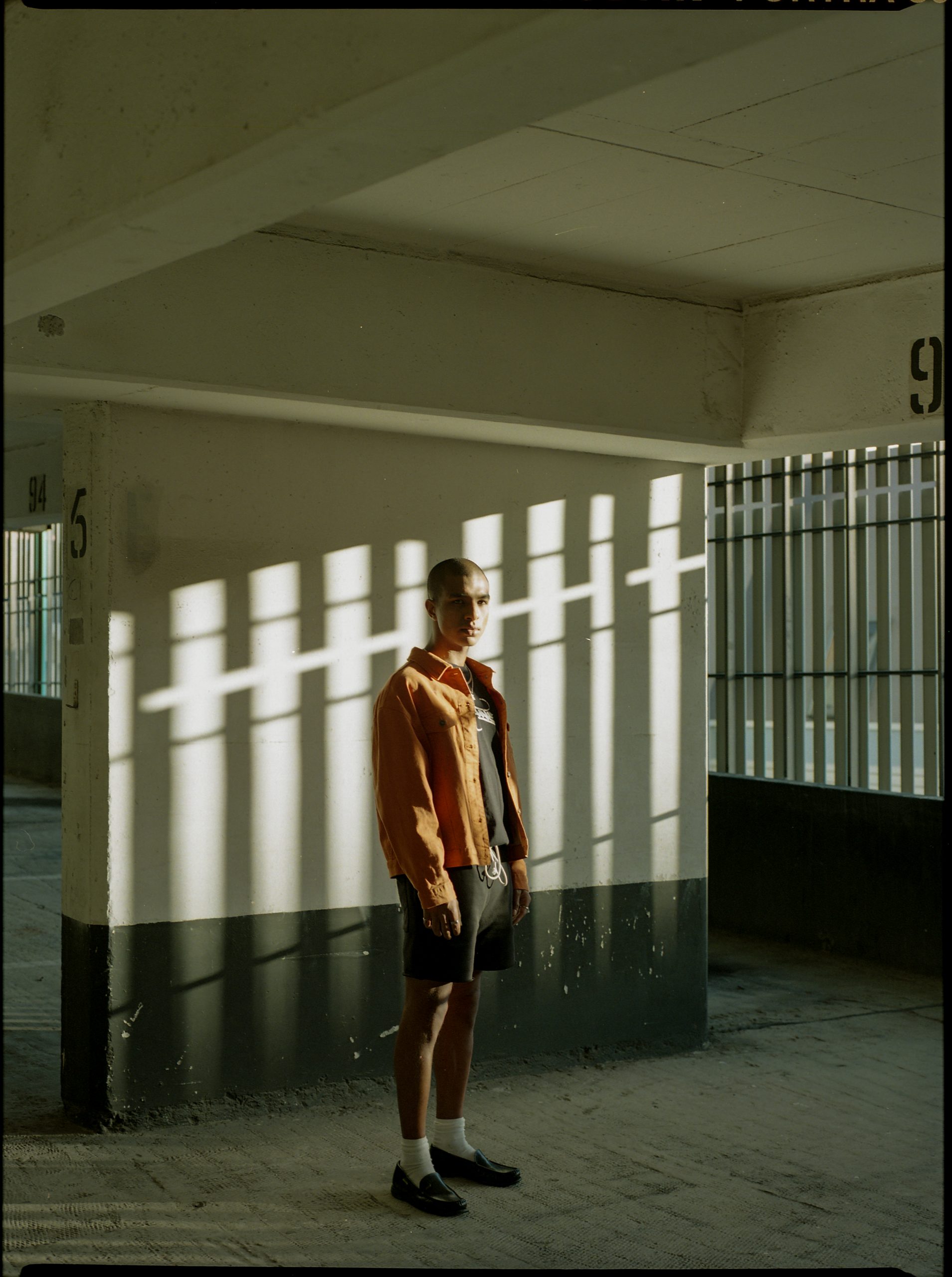 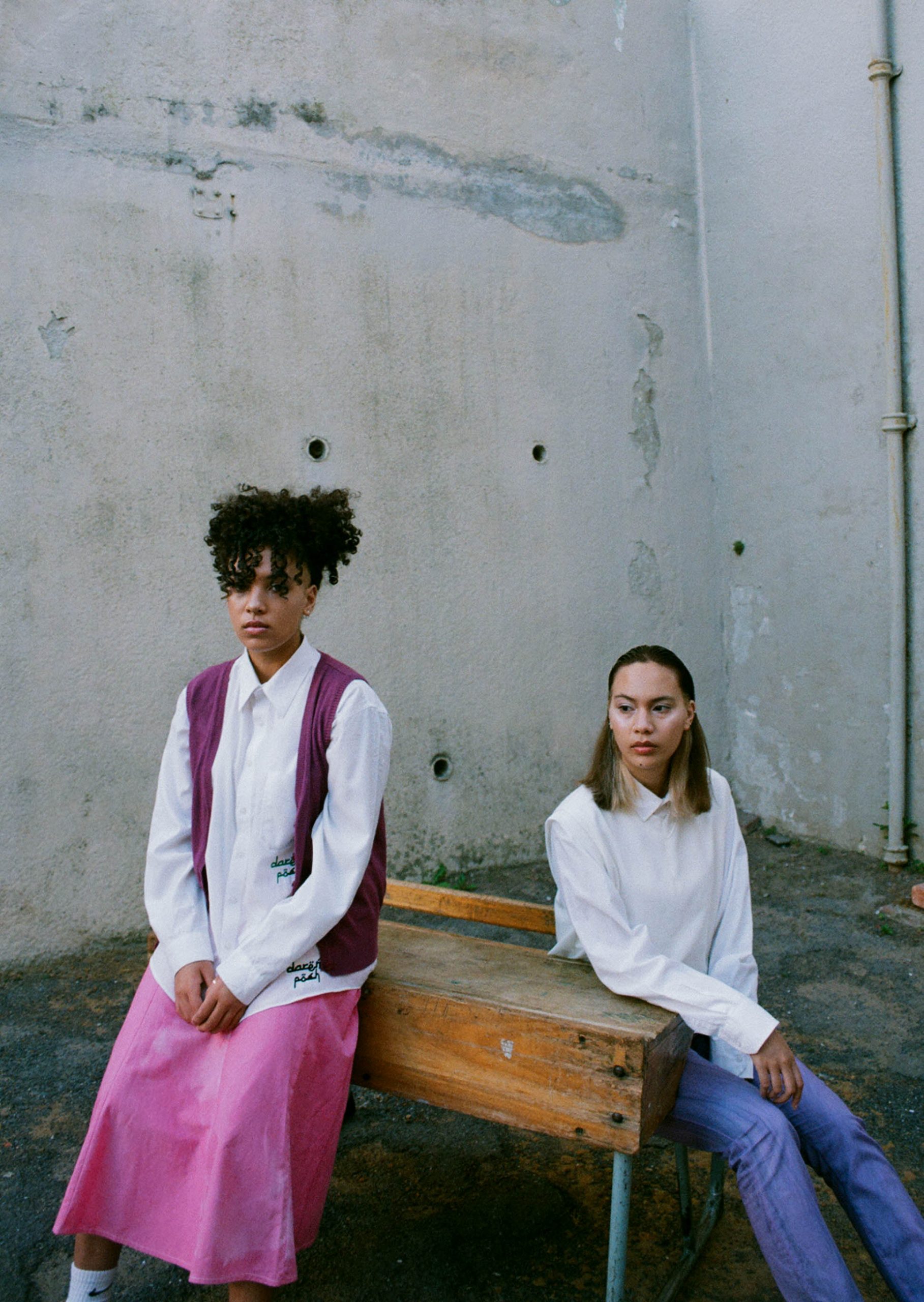 Can you briefly elaborate on how DAREMPOSH Studio came about?

Posh: DAREMPOSH Studio is just an outlet to showcase any other images that I like, as I originally entered the creative world as a photographer. DP Studio will be used to showcase future creations that are not limited to photography — but we leave that as a surprise. Film photography plays a huge role in the aesthetic of the brand as I was fortunate enough to be exposed to film in 2018, and ever since then, I refuse to shoot any project on a digital camera. There is just this feeling that film provides which can never be imitated by a digital camera.

What is your favourite DAREMPOSH staple item and why?

Posh: My favourite DAREMPOSH item right now would have to be the outstanding orange denim jacket which was showcased in the last collection, Watch Your Back. Selling clothing items is not the project’s main focus right now, however, I am working towards a solid inventory of garments. 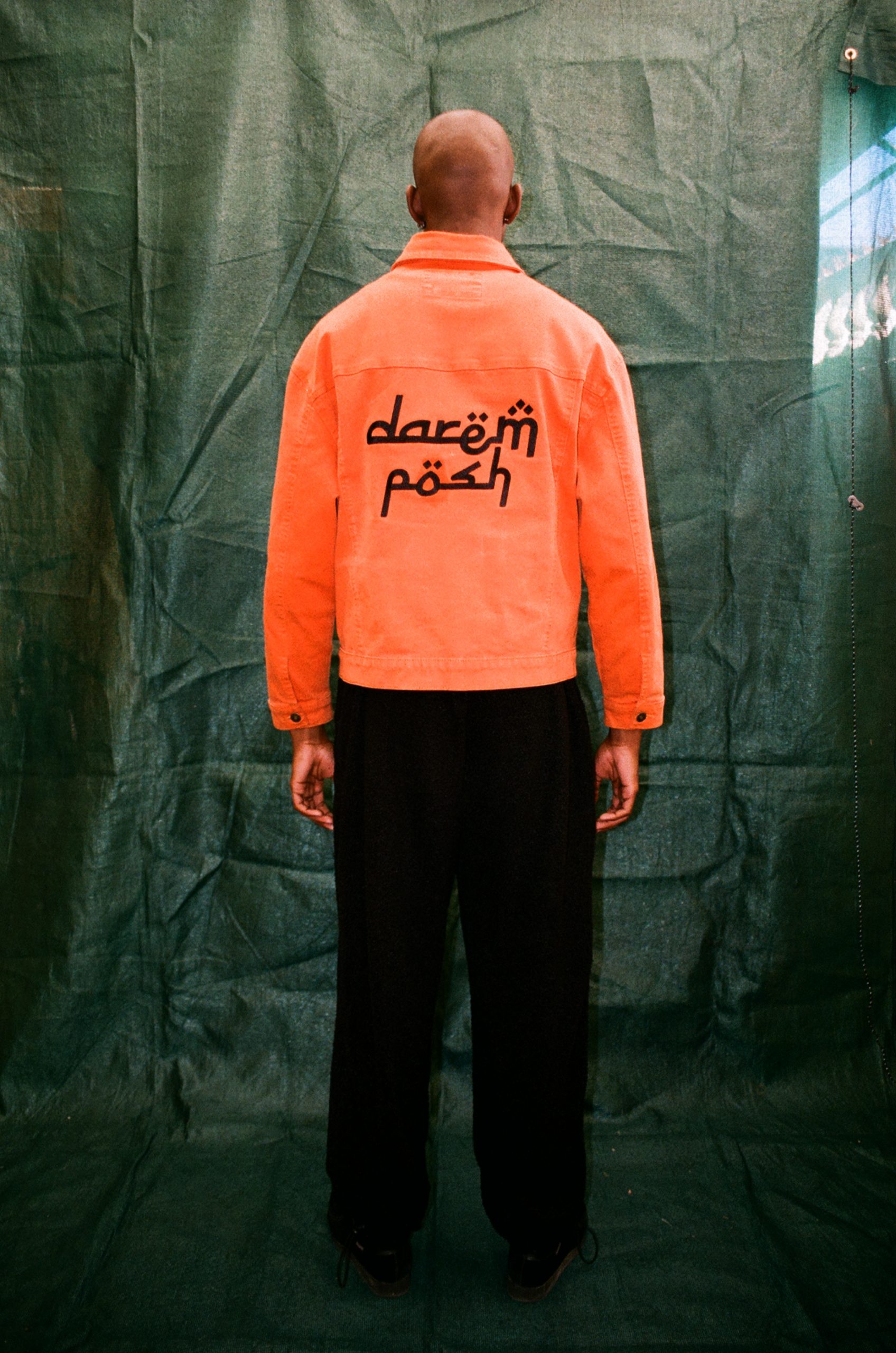 Tell me more about your modelling career — I understand that you are a model under the agency My Friend Ned?

Posh: Modelling has definitely taken a back seat as I embark on this journey of becoming the all-round artist I see myself as. As much as I enjoy clothing and wearing it, the older I get, the more my priorities change and certain things become more important with others becoming less important to me.

Posh: Currently, I am constructing a few garments which I would like to showcase later this year, which I believe will take the fashion aspect of DAREMPOSH to the next level within the next few months. I would also really like to start designing furniture but I prefer to say less and allow the work to speak for itself. Out of the box and in-between: local documentary explores Coloured identity