Dead White Man’s Clothes is a multimedia research project exploring the secondhand clothing trade in the context of Accra, Ghana. This project is coordinated by The OR Foundation, a USA-based non-profit co-founded by us – Liz Ricketts and Branson Skinner. We have been working in Ghana since 2011 and 2009 respectively. After observing second-hand clothing in the streets and markets of Accra for years, we began this research in 2016 to learn more about how the “used” clothing trade functions and to better understand the environmental, social and economic implications of this industry in Ghana.

“Dead white man’s clothing” is a common Akan expression – Obroni Wawu – used as a reference to the insurmountable amount of imported garments arriving in Ghana by way of the global north/western countries. It is said that the brand new clothing arriving must be clothes that white people have died in -for how else would clothing be discarded at such an unfathomable rate? Liz Ricketts and Branson Skinner have sought to reckon with such a deeply disturbing reality surrounding colonist, capitalist consumption; that the west not only figuratively sees the global south as an exoticized, out of mind region, but rather it goes so far as to use the lands as literal dumping grounds for over-consumptive malignance. 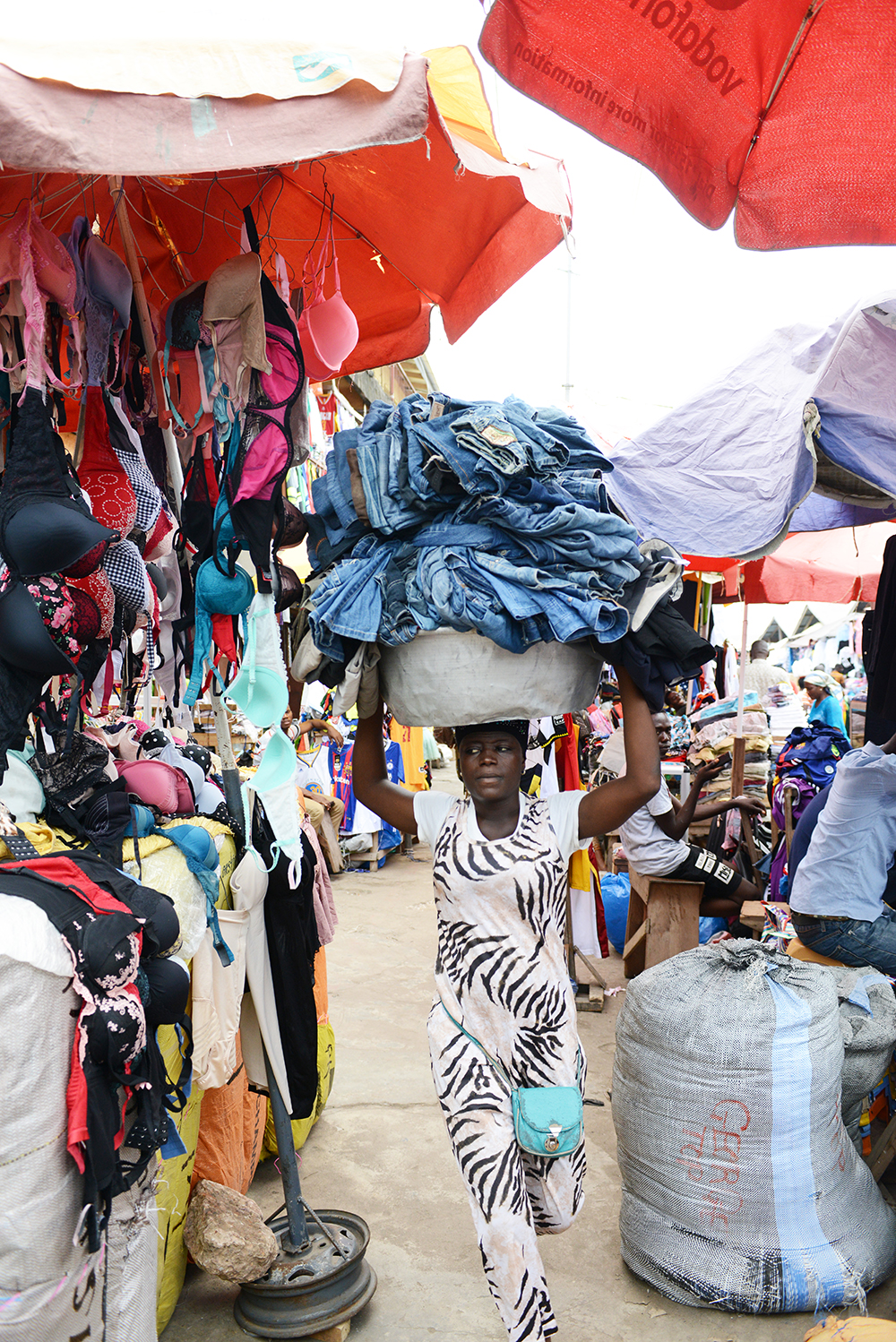 In this supply chain of imported second-hand clothing, markets such as Kantamanto in Accra exist as an economic eco-system fraught with capitalism’s by-products of human exploitation, environmental degradation. This is all whilst still enforcing its created social roles of hierarchies; an example being the class difference between large “retailer” families in Accra who do the logistical importing of the bales, and the porters who carry the bales from one end of the market to the other. Kantamanto is the work place for over 30 000 people, as estimated by deadwhitemansclothes.org – a space that serves as both a local treasure trove for branded and brand new clothing – and an environmental nightmare as whatever does not sell, within a week or so, must be discarded and burned in nearby landfills to make space for the weekly imports of bales, in the tonnes, from Europe and the US.

So while we are taught that second hand clothing is the more sustainably savvy choice for expanding ones wardrobe – and this does remain true compared to the destructive fast-fashion production system – it remains ever important to be wary of any quick fixes for a differing and innately complex waste structure throughout the world. With the accelerated rise of online shopping – in which purchasing is a button away – and with trends as fleeting as Twitter stories, it feels absolutely crucial to fight for the global south’s autonomy in production, artisanship and sartorial innovations. We not only dream of, but fight and act for a future in which the west keeps their mess; where precious lands and people are not scapegoats for an assault on the very integrity of life; least not in the name of fashion. 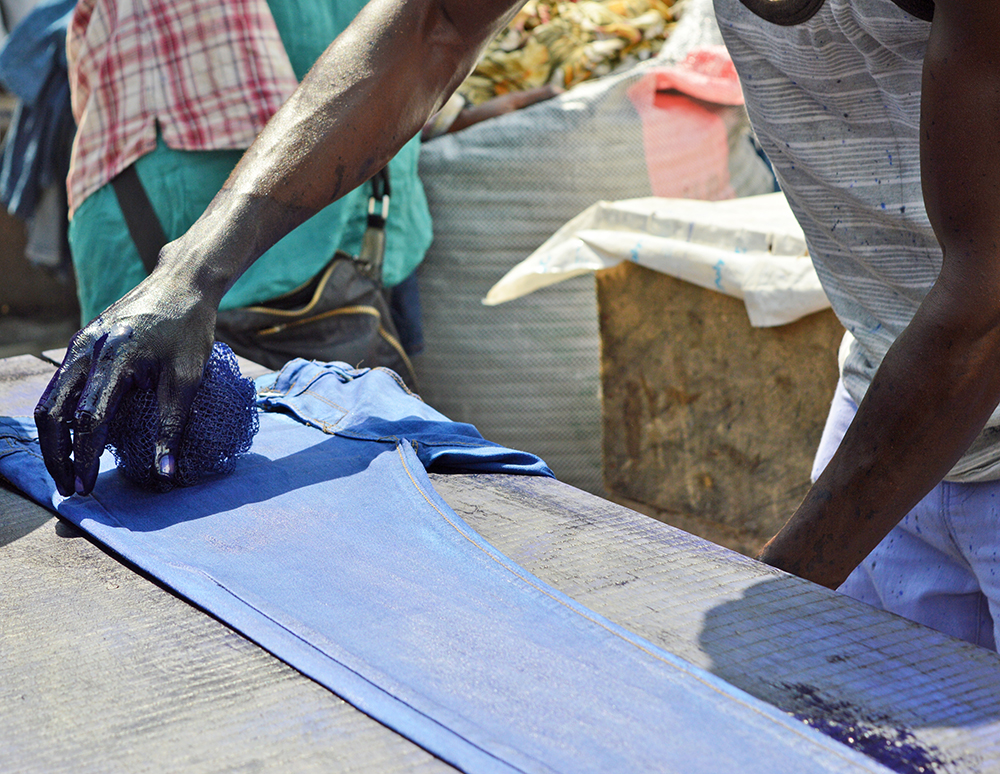 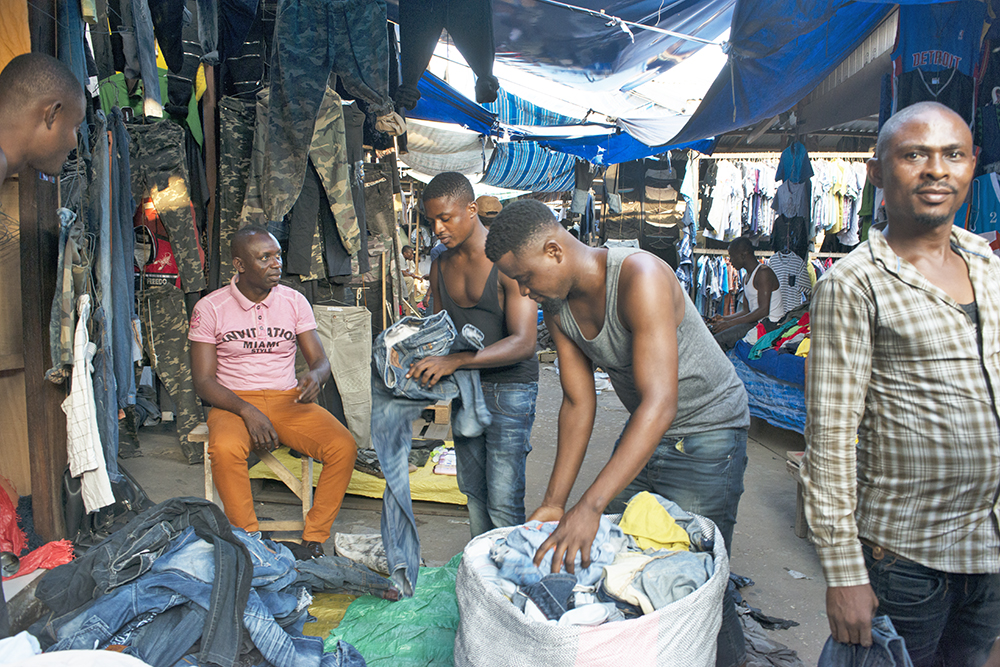 Read more about the important work of the OR Foundation at: https://deadwhitemansclothes.org/intro

Future of Fashion Indaba 2021: Ubuntu and Fashion | the circular economy and the future of fashion