‘ShwelaBana, To The World’ – the contemporary South African fashion brand ready to take over - Bubblegum Club

The vision of the brand is purely rooted in the creation of distinctive views as well as opening the eyes of the generations that come after us, hence “ShwelaBana” which translates to “Die for the kids”. This is not a direct and literal statement, but simply put, means our struggles should build stable foundations for the youth.

Years ago, I made an interesting personal observation about how the global creative industry was essentially run by graphic designers.

The discipline holds so much weight within many facets of the industry and forms part of the nucleus of creativity – just as important as nursing and engineering professions are to their relevant industries. 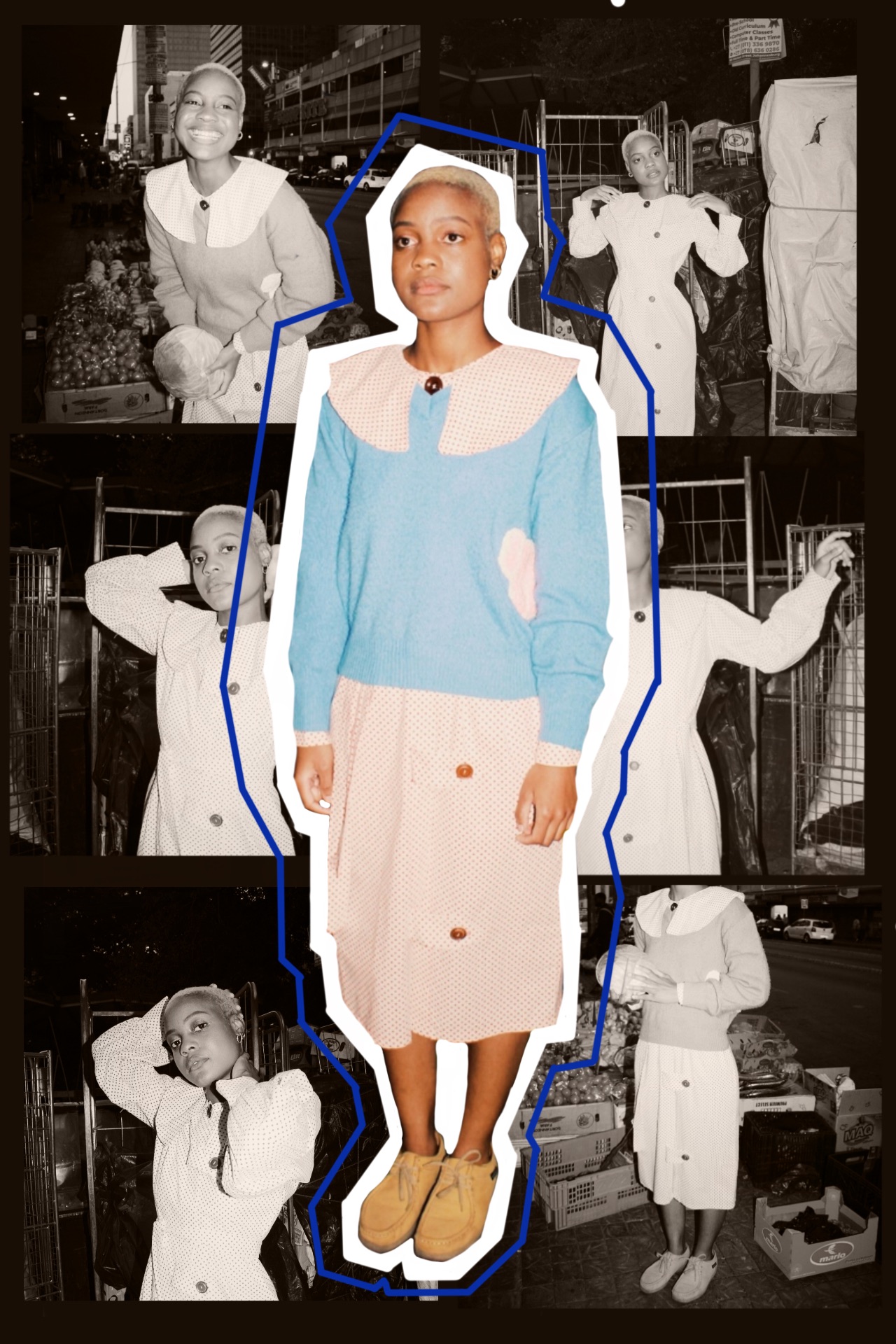 The next-gen fashion brand, ShwelaBana, feels like a collective of graphic designers, curators and tastemakers, who have morphed and developed into a contemporary South African fashion brand. Made up of the eclectic duo of Orebotse Diseko and Reef Sithole, ShwelaBana merges African heritage with youth street culture to create something completely new – something designed for the kids.

This upcoming fashion brand is beginning to attract attention from all over and it is no surprise why. Their first-ever collection formed part the SS22 season, and was titled The Revelation; including artisanal ShwelaBana tailored pieces mixed with classic graphics infused into their streetwear.

After years of design and preparation, this collection perfectly illustrates the meticulous nature in which this brand creates – clearly prioritising quality over quantity. Right from their ShwelaBana SS22 “The Revelation” crest through to their sweaters and fluffy beanies – absolutely everything feels meticulously considered. 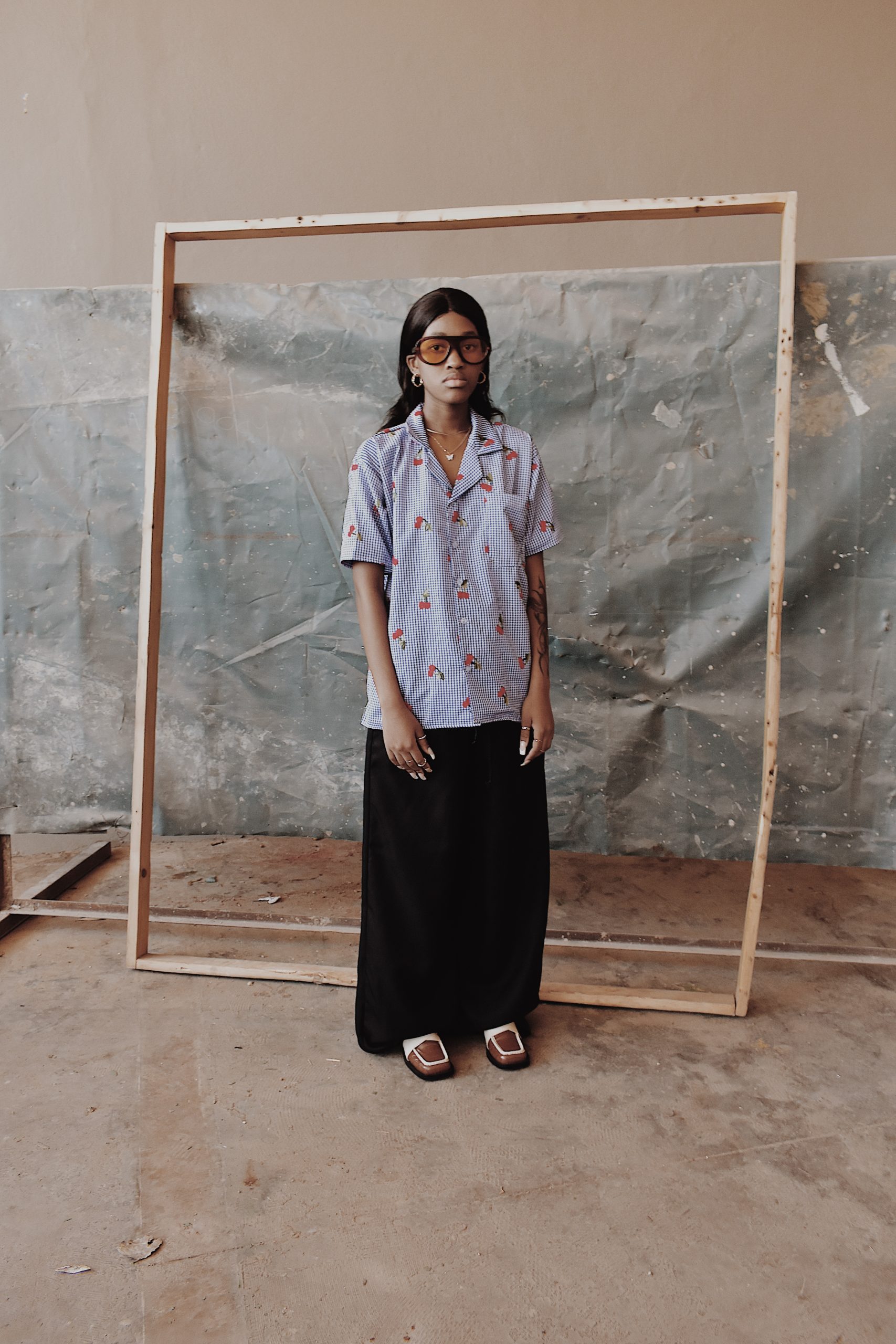 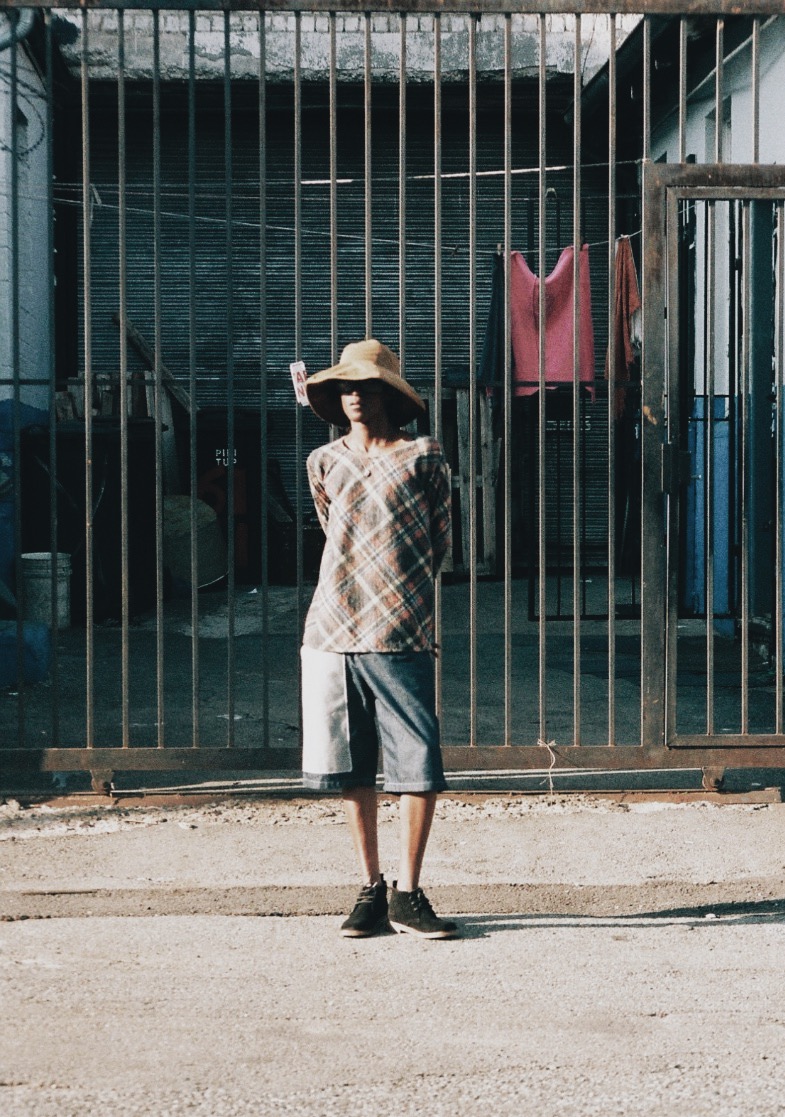 I had the honour of virtually connecting with the ShwelaBana team in order to understand the brand‘s ethos, the importance of African heritage, spirituality, iconography as well as modernity within their work, their debut SS22 collection and more.

Would you mind introducing ShwelaBana to us and including a short description of how the fashion brand came to fruition?

ShwelaBana: We are a fashion contemporary brand founded by two friends, Orebotse Diseko and Reef Sithole, from Johannesburg. The company started a few years ago with experiments but because we were young in high school, we didn’t understand what exactly we were actually doing. We started doing environmental projects and research – all we knew is that we loved the art of style excessively but didn’t want to make meaningless clothes and art. We had to find a narrative close to us. Then, ShwelaBana was born in 2019, we’ve been working on our first collection ever since. 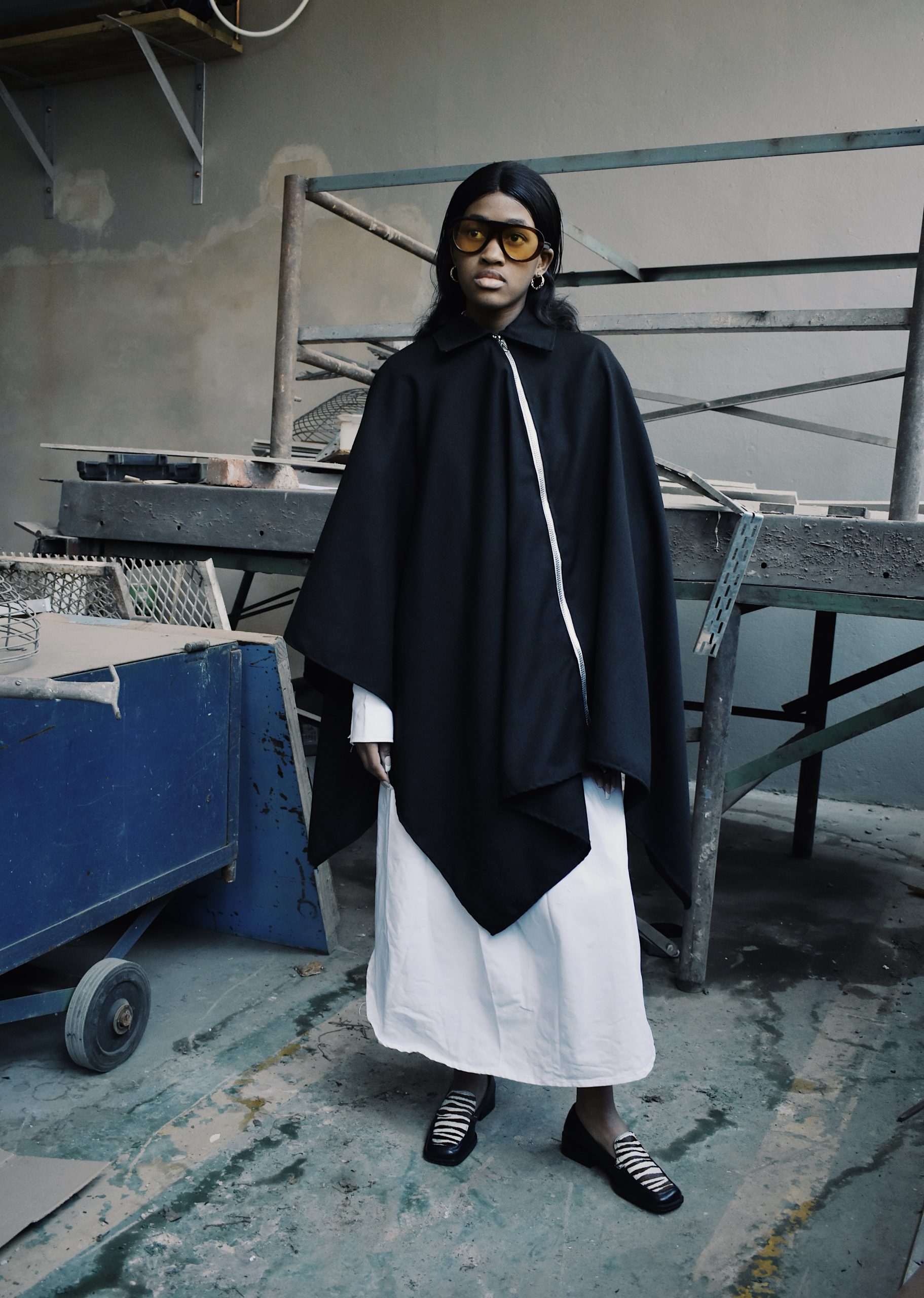 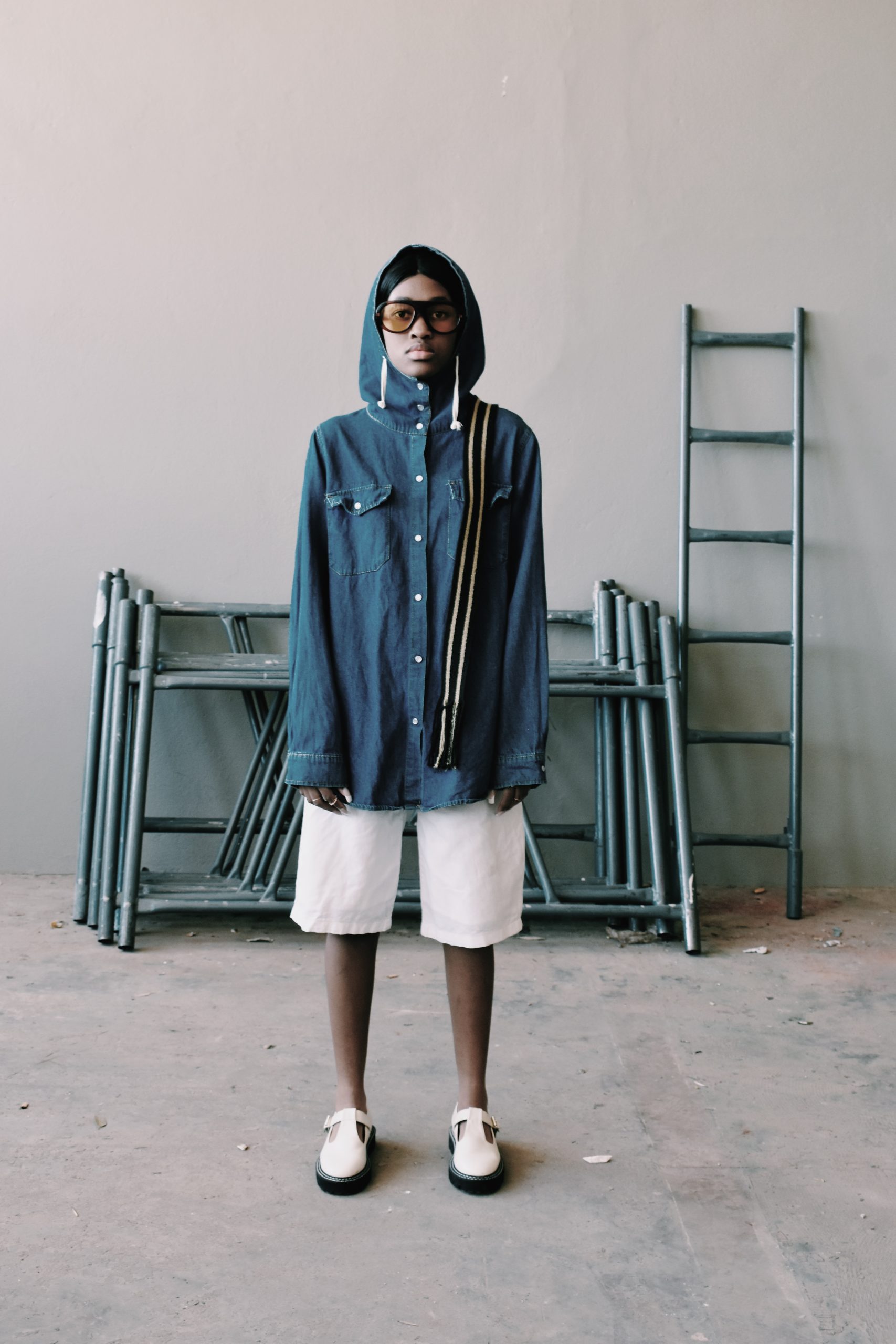 My Setswana is quite shabby but I think “ShwelaBana” is loosely translated as “die for the kids” right? Why did you opt for this name specifically?

ShwelaBana: The vision of the brand is purely rooted in the creation of distinctive views as well as opening the eyes of the generations that come after us, hence “ShwelaBana” which translates to “Die for the kids”. This is not a direct and literal statement, but simply put, means our struggles should build stable foundations for the youth.

Yes, this might be perceived as cliché but it shouldn’t alter or dilute the message. Most young black kids from where we came from were brought up in an environment where their parents/guardians had put their all to give their children a better life and education. So that is ultimately the motive for ShwelaBana – and we hope that it speaks volumes.

I’ve been following your brand for some time now and the stark highlight – for me – is your graphics. Honestly, your visuals are out of this world good – who handles this area of ShwelaBana?

ShwelaBana: There is always a team by our side so the visuals are not our vision alone. What is created through ShwelaBana is a collaboration – so there isn’t one specific person that handles that area. 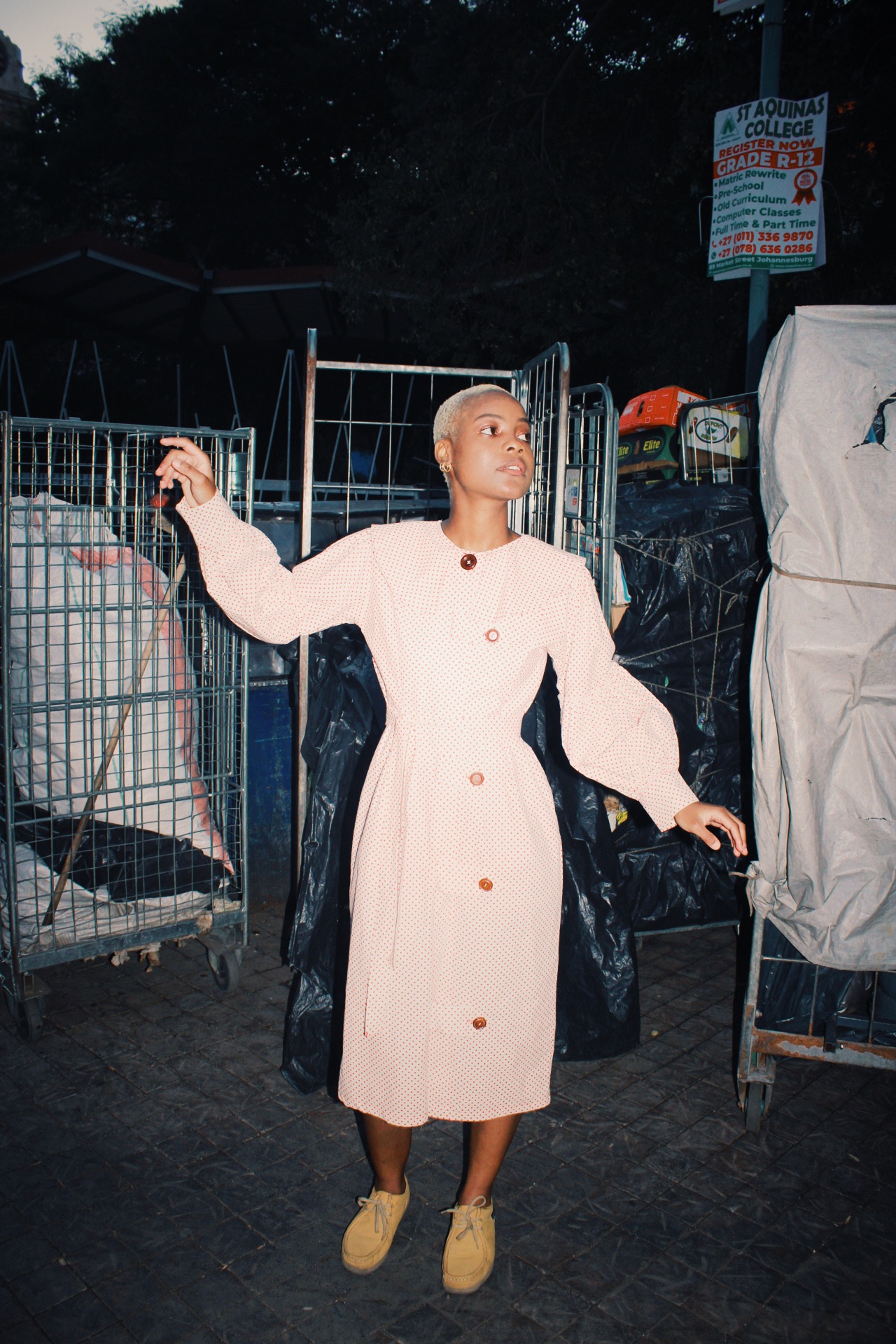 What are some of the biggest challenges which you face as an independent South African contemporary fashion brand on the come-up?

ShwelaBana: Production and funding are the main constraints we have to deal with every project which we work on, but because of the relationships we’ve built for ourselves, we tend to work with a lot of close friends which is absolutely amazing.

What are some of the biggest influences from which ShwelaBana draws inspiration? You recently dropped the ShwelaBana SS22 collection, The Revelation – please talk me through how this experience was for you?

ShwelaBana: We had been working on the collection for a couple of years and it has just been in the planning process for a while. Through our evolution we had a revelation, hence the name. Looking around at our community we felt hugely discouraged because the kids were not being liberated.

There was stagnancy in the way that things were moving. People aren’t inspired enough to create, kids don’t know that they can just draw a couple of garments, get them made, compile them with the right story and references, and there you have a collection. The thought of it on its own is mind-blowing.

That is the type of mind-set we are trying to instil in our community. Any one of the kids can do it too cause they saw us do it. The collection itself is a revelation.

I’ve seen many comments on your IG page with the phrase “ShwelaBana To The World” – Any exciting plans for the remainder of the year going into 2022?

ShwelaBana: We are going to drop a unit of t-shirt designs for next year and we will be working on the new collection.