“The whole idea behind the station, is to provide a platform and a space for people to express their musical and sonic experiences. It is a space for complete freedom of expression, a space for you to go a bit deeper. That idea encompasses a lot but ultimately, if you’re playing on Hamshack, it should be a space for you to just be you.”

Hamshack Radio have become quite topical over the past year, notably known for their open-source online radio station, founded last year during lockdown. They have quickly managed to become stalwarts for the local online music scene, cultivating a platform which encourages and endorses young, fresh and exciting musical talent.

Whether it be providing a platform for upcoming budding musical talent to perform live mixes, or hosting free weekend DJ workshops in order to empower femme grassroots DJs, it is no secret that Hamshack Radio have the clear intent of cultivating a diverse community connected through music.

Their relationship with community is inseparable — joint at the hip essentially — and this becomes extremely poignant as soon as you analyse the Hamshack Radio blueprint. I had the privilege of virtually connecting with the Hamshack team in an effort to gain more context about the online radio station’s history, its current plans in the works and tons more. 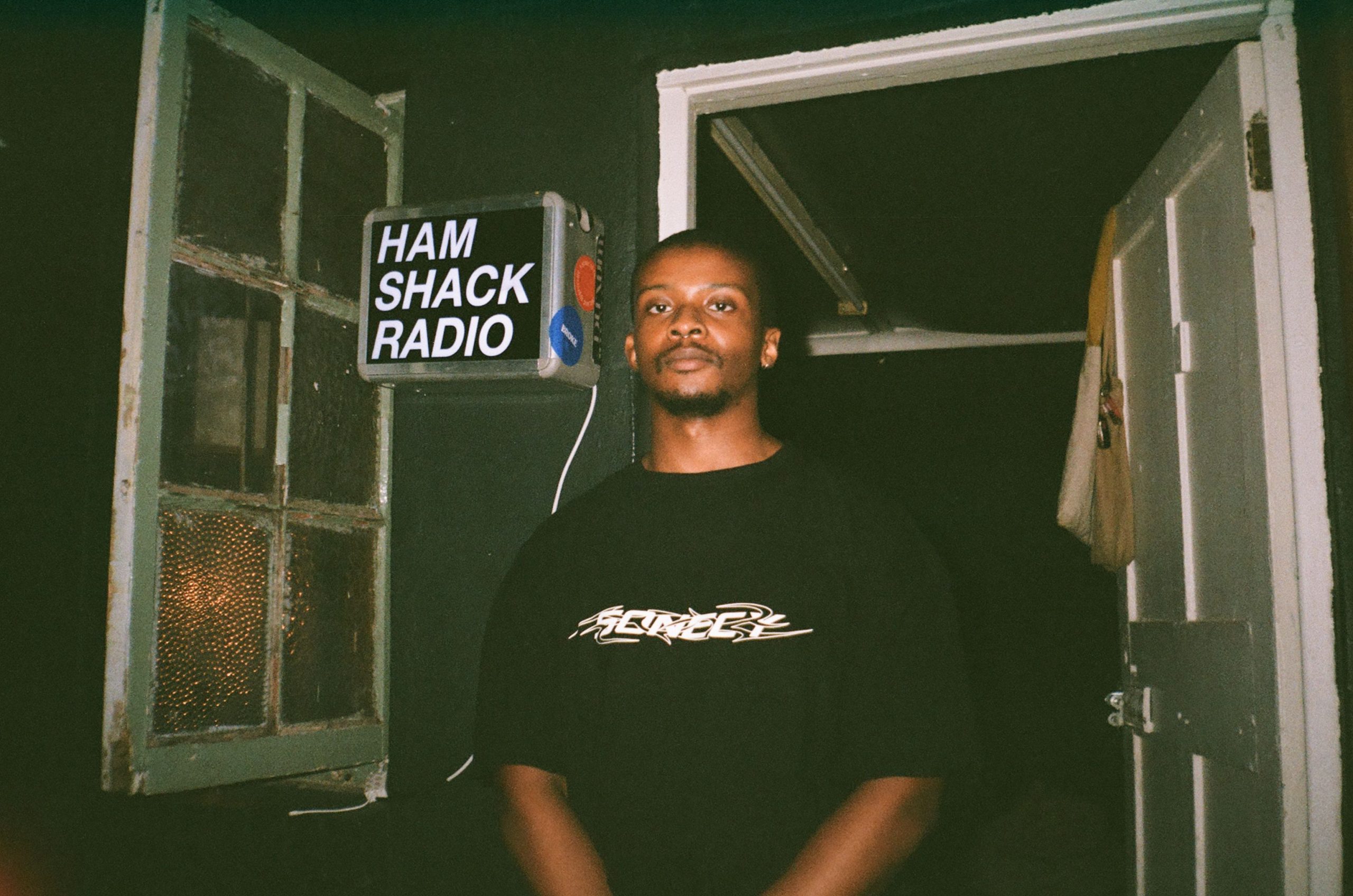 Would you mind introducing Hamshack Radio to us and including a short description of the type of work your organisation does?

Hamshack Radio: Hamshack Radio is an online radio station based in Cape Town. The whole idea behind the station is to provide a platform and a space for people to express their musical and sonic experiences. It is a space for complete freedom of expression, a space for you to go a bit deeper.

That idea encompasses a lot, but ultimately, if you’re playing on Hamshack, it should be a space for you to just be you. You shouldn’t feel like you have to be someone or something else, and if you’re listening to Hamshack, that idea should translate to a listening experience that you can’t really find elsewhere.

There is such a community-driven element which surrounds the online radio station — how important is the process of collaboration to you?

Hamshack Radio: It’s everything to us — it wouldn’t make sense without the community. Music is built off exchanges of ideas and everything influencing everything. Community within music is vital around the world but we think even more so in South Africa.

Without the communal input, collaboration, and ownership between people of different races, genders, sexual orientations, backgrounds, tastes, ideas — there can’t be an “underground” — and there’ll never be a total and equally distributed development of the scene at all. Everyone needs to be and feel [like] a part of everything. 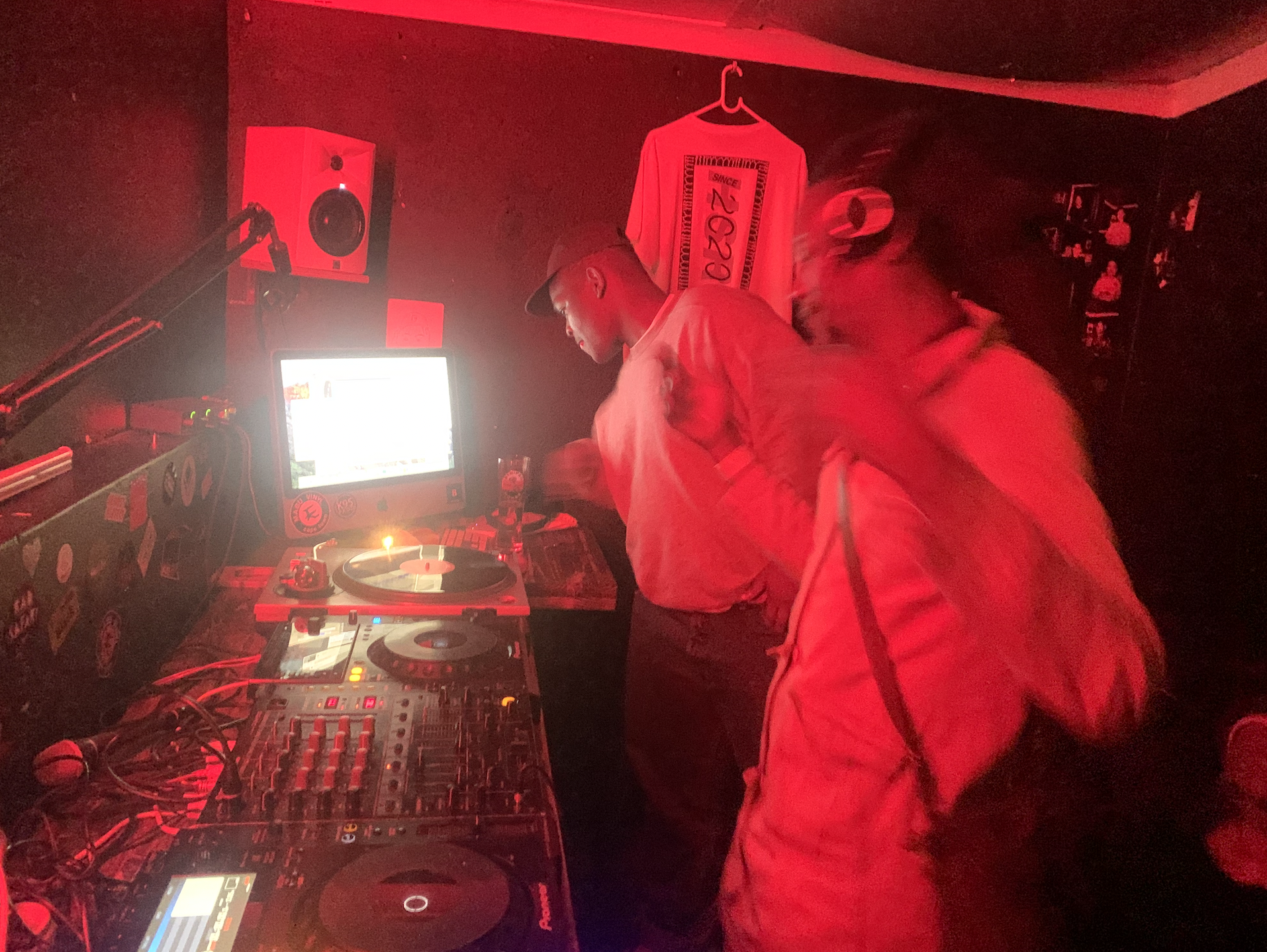 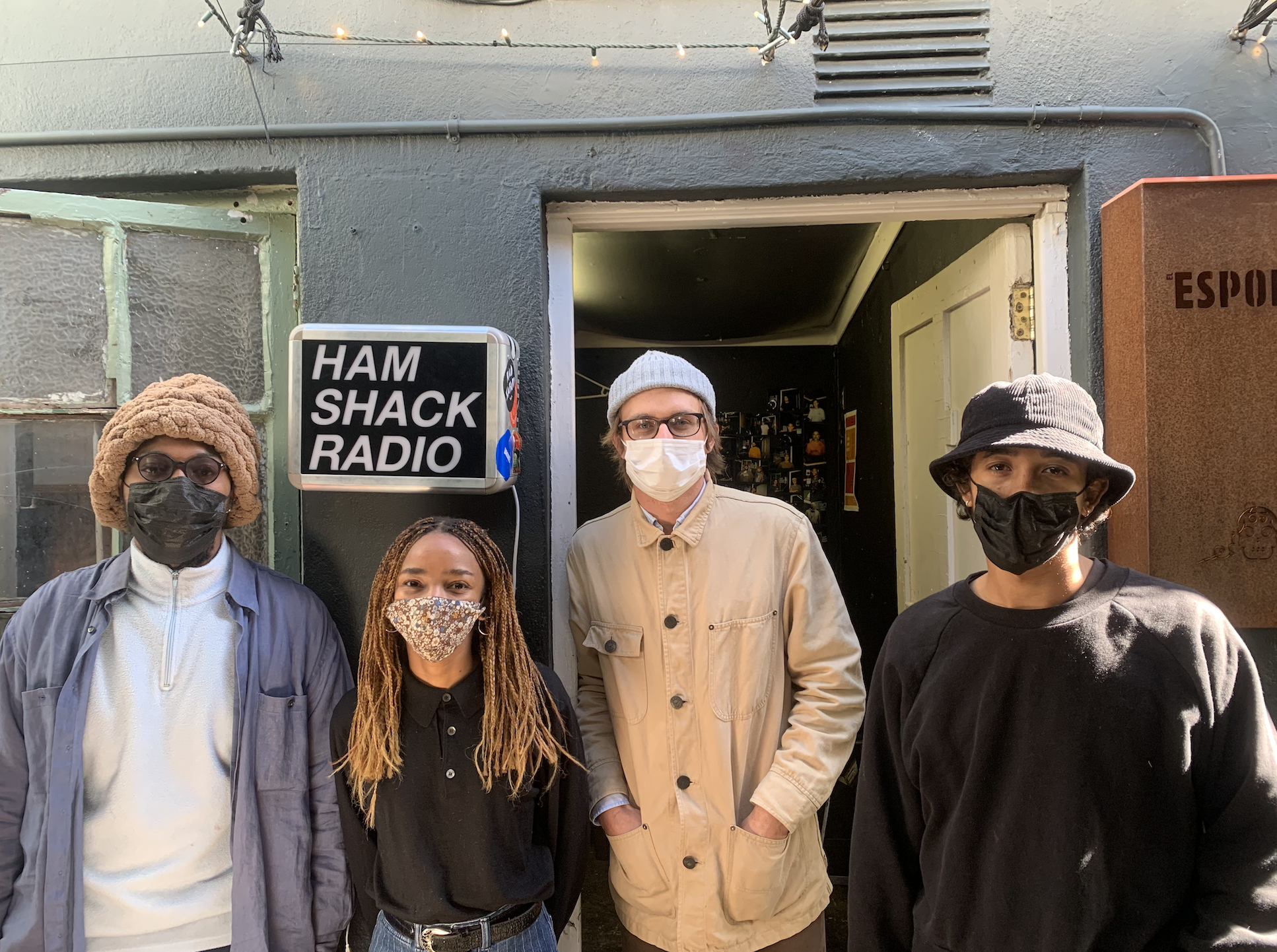 How big is the Hamshack Radio team now?

Hamshack Radio: There are five of us. Filipe and James who co-founded the station, Ts’epo Adoro, Giuliette Price who manages the website, and Craig Van Dijk, who manages the archiving.

I also see that you invite a wide plethora of DJs to your studio to play live mixes. How would you describe your selection process when picking the DJs to invite?

Hamshack Radio: There isn’t necessarily a selection process and not everyone who plays knows how to DJ. We also don’t really impose any structure or restrictions on what people do on the station.

So, the biggest “metrics” would probably be someone’s intent; the reasons behind why someone wants to play, how passionate someone is, how knowledgeable someone is, how much they love what they’re doing. We only want to work with people who we feel share a similar passion-driven approach in doing what we do. If you get it — you got it.

Can you tell me more about the free DJ lessons for femmes every Saturday, how have these been?

Hamshack Radio: We’ve been running free lessons and open sessions for women who want to learn how to DJ in our studio since August this year. Running a radio station has taught us just how much accessibility, or lack thereof, plays into the makeup of our industry.

So, for women’s month we decided to open up our studio every Saturday for [femmes] wanting to learn how to DJ. We were helped out by Pussy Party affiliate Sarah-Jane Geldenhuys, Pussy Party has been doing such good things for ages in this space, and has been a major incubator for women and queer DJs since 2016.

The idea was for us to run these lessons just over August, however, already over the time that they’ve been running, we’ve seen the impact they can have. So we decided to keep them running every Saturday, indefinitely. If anyone wants to join in on a Saturday there is a link to a booking sheet in our Instagram bio! 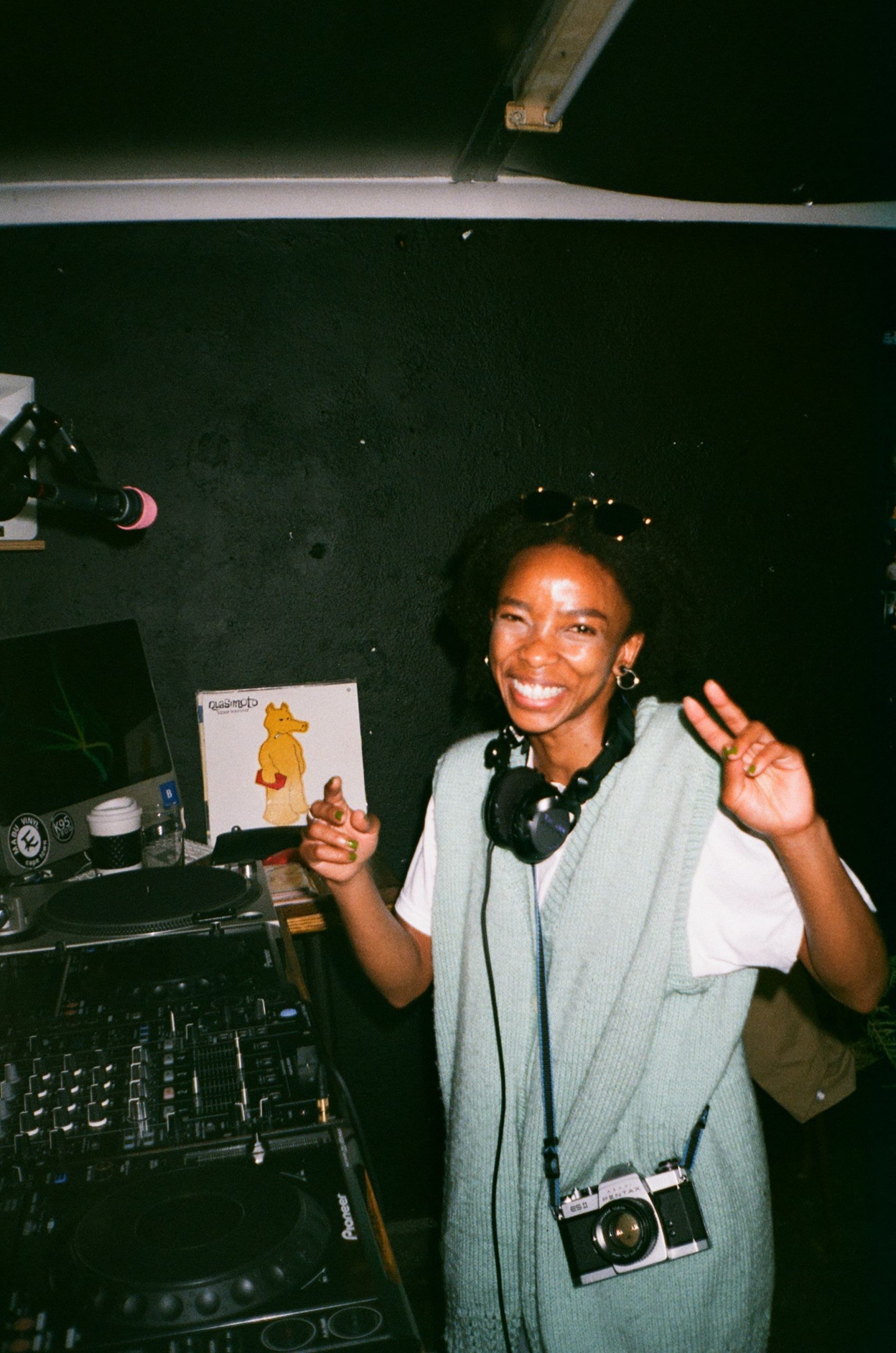 As a local online radio station — what has been your biggest achievement thus far?

Hamshack Radio: Moving to our Kloof Street studio in March this year and moving to live broadcasts was a massive achievement for us. Doing our first live broadcasts last year was a big one. Getting to whole day broadcasting was also really cool. Having people come to us saying they want to work within the Hamshack team for free is always mind-blowing.

We celebrated one year on the airwaves a month ago. We’ve also gotten to work closely with, and learn from some really special people. We launched with 12 residents, and with the next round of residents joining the station in October, we’ll have just over 100, which has always been a huge goal for us.

This list of residents is made up of a wide variety of DJ’s, producers, collectors, diggers archivists, musical scholars, artists, creatives, and passionate people from all over South Africa — with a couple based around the world — namely Kenya, Zimbabwe, Spain, Australia and the USA.

Seeing that list of people grow has been amazing. The biggest achievement so far though, has just been seeing the community that’s formed around the station, the residents, listeners, studio goers, the internal team. We feel like the station isn’t really ours anymore, it has taken on its own energy which is driven by the community. 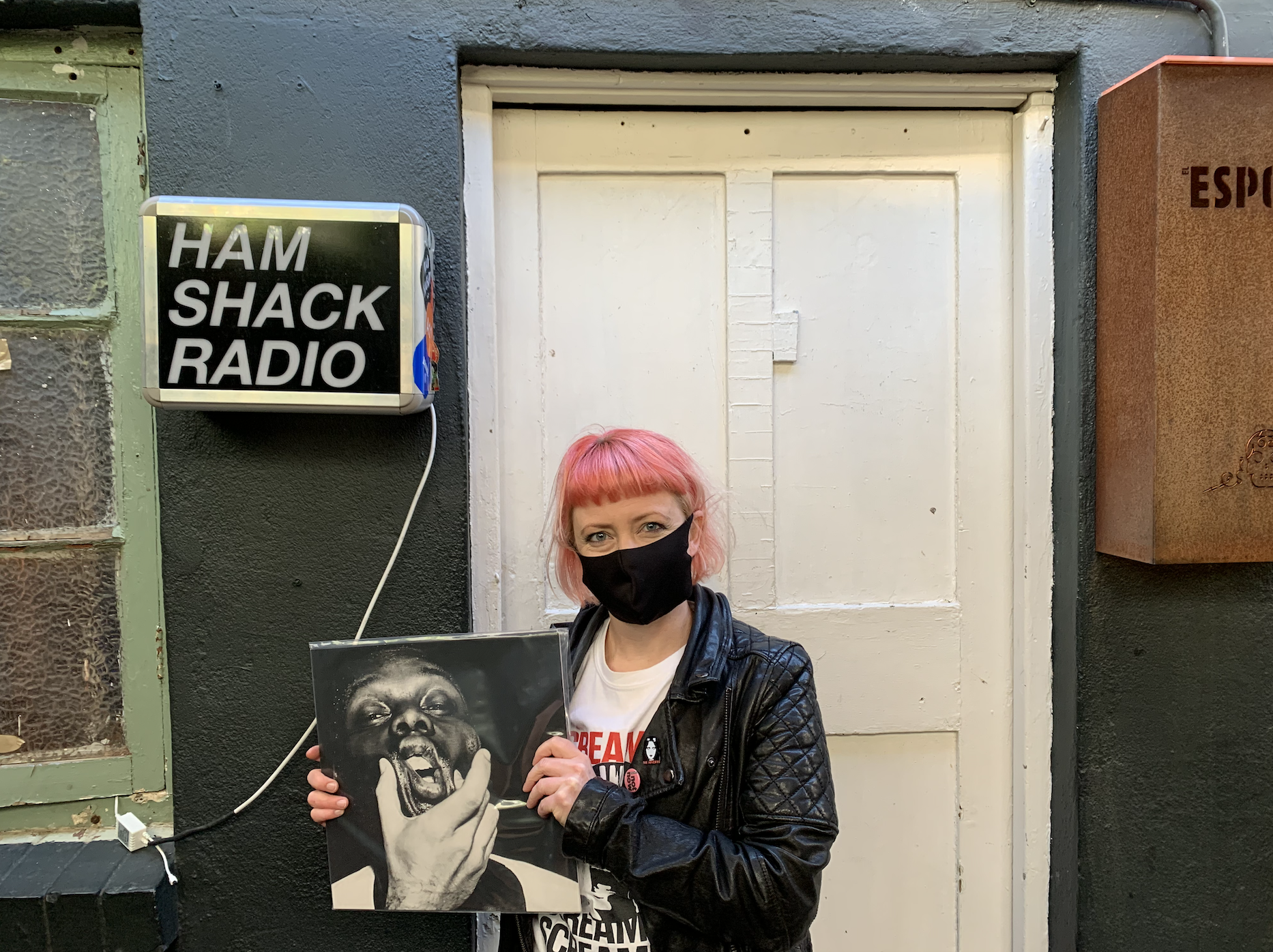 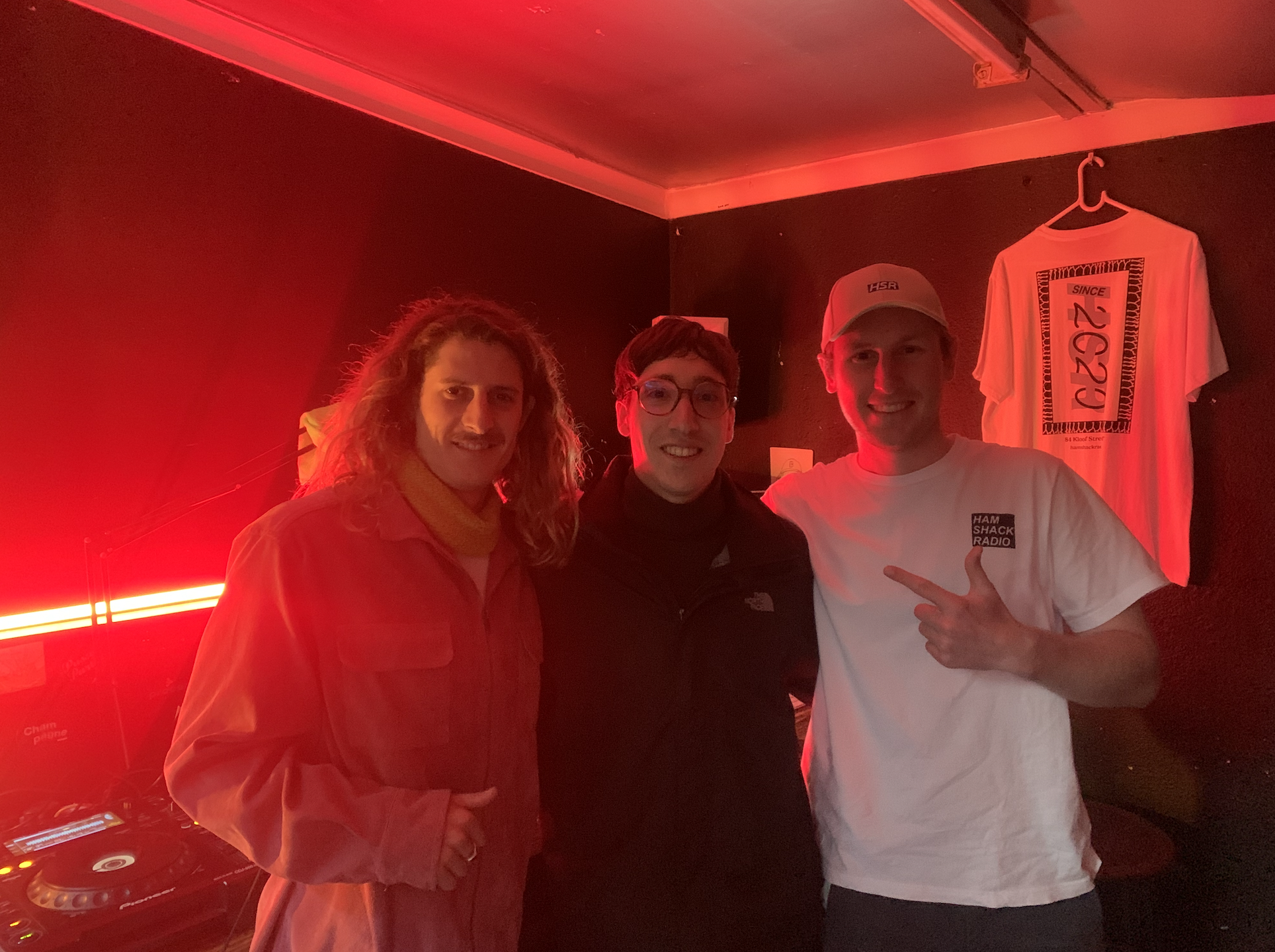 What lies in store for Hamshack Radio in the near future? What do you have planned for the remainder of 2021?

Hamshack Radio: We’re doing a week of takeovers on Hamshack next week, where seven platforms we really enjoy are each curating a day on our airwaves. We’re calling it “South African Community Radio Week” which we’ll do quite regularly from now on. We’re looking for partners to build on our DJ workshop concept with and other programs and projects.

We’re also looking to make the station more financially sustainable. We always want to remain independent, so the only ways to create some sustainability, is to collaborate with like minded brands and partners  — whether that be through merchandise collaborations, events, special projects or other things of the sort.

We want to get to a point where we do live broadcasts the entire day. Currently, we do repeats from 09:00 to 14:00, and then live broadcasts for the rest of the day. We want to diversify the programming even more, so there are still so many unique, exciting people and facets of music we’re yet to include.

We also want to explore where this project and similar projects could go, there are so many aspects of music, fashion and art lacking in accessibility and representation and, therefore, not integrated. So it would be cool to grow the project with partners, we’ve got lots of ideas! 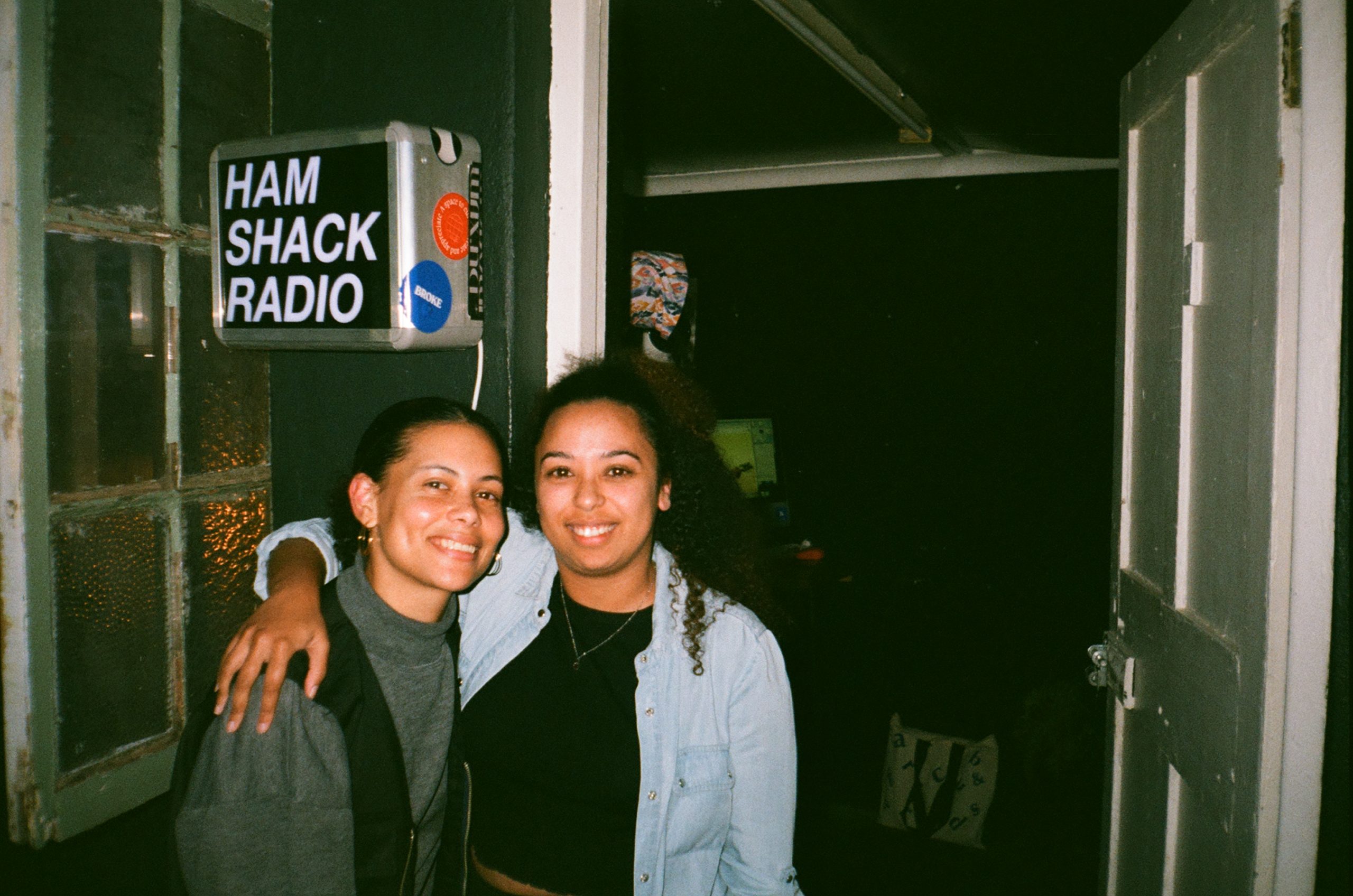 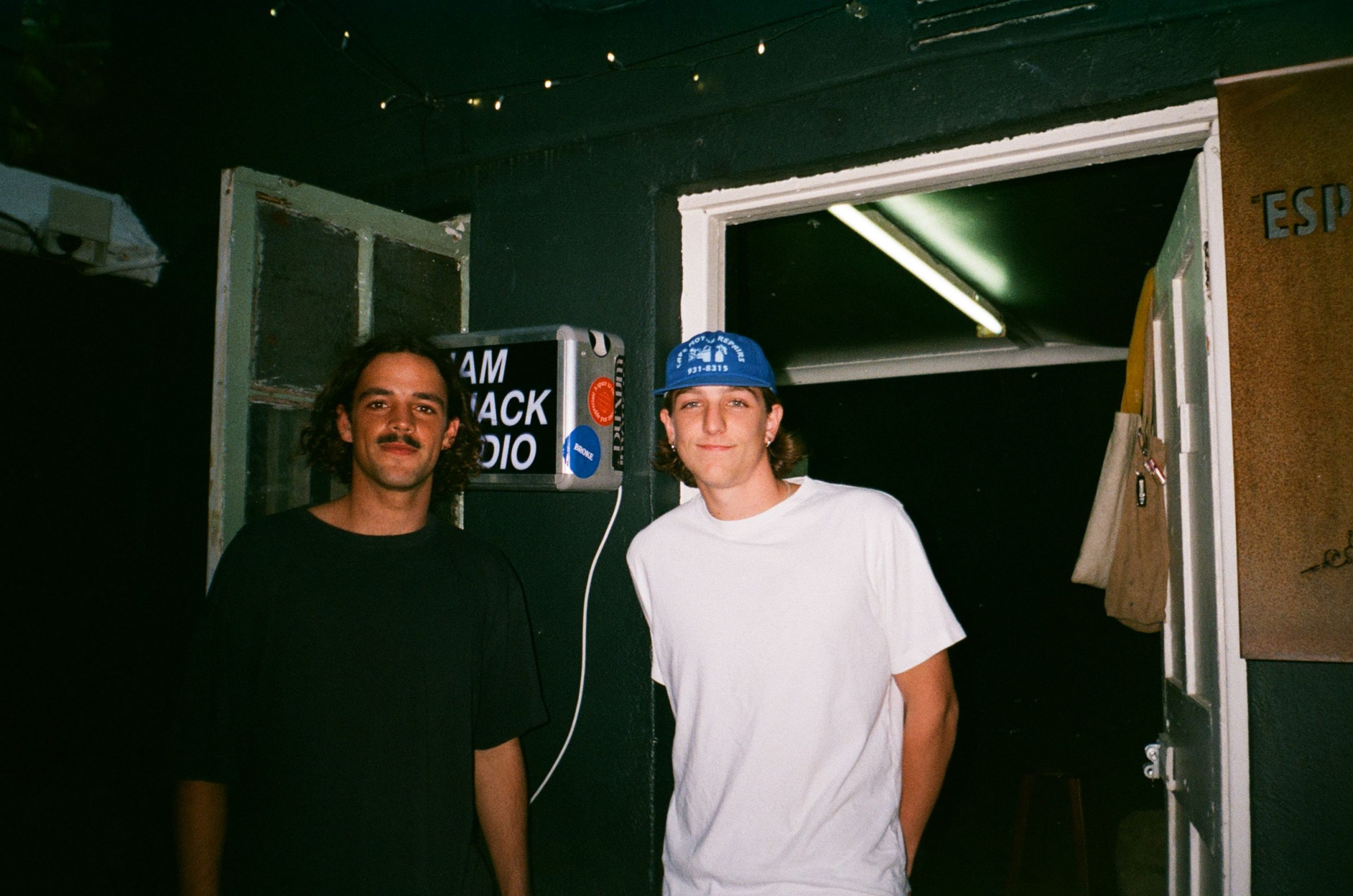 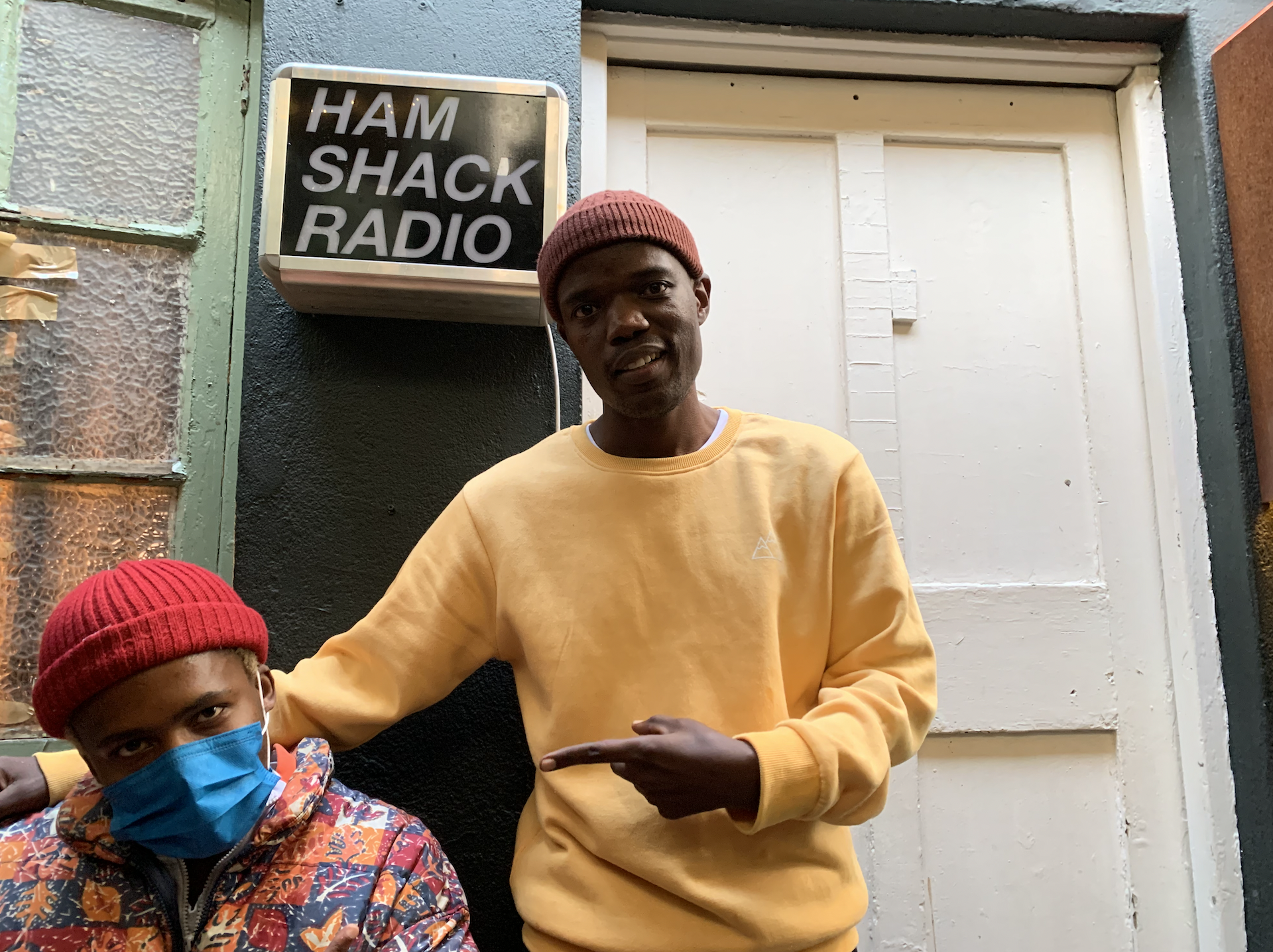 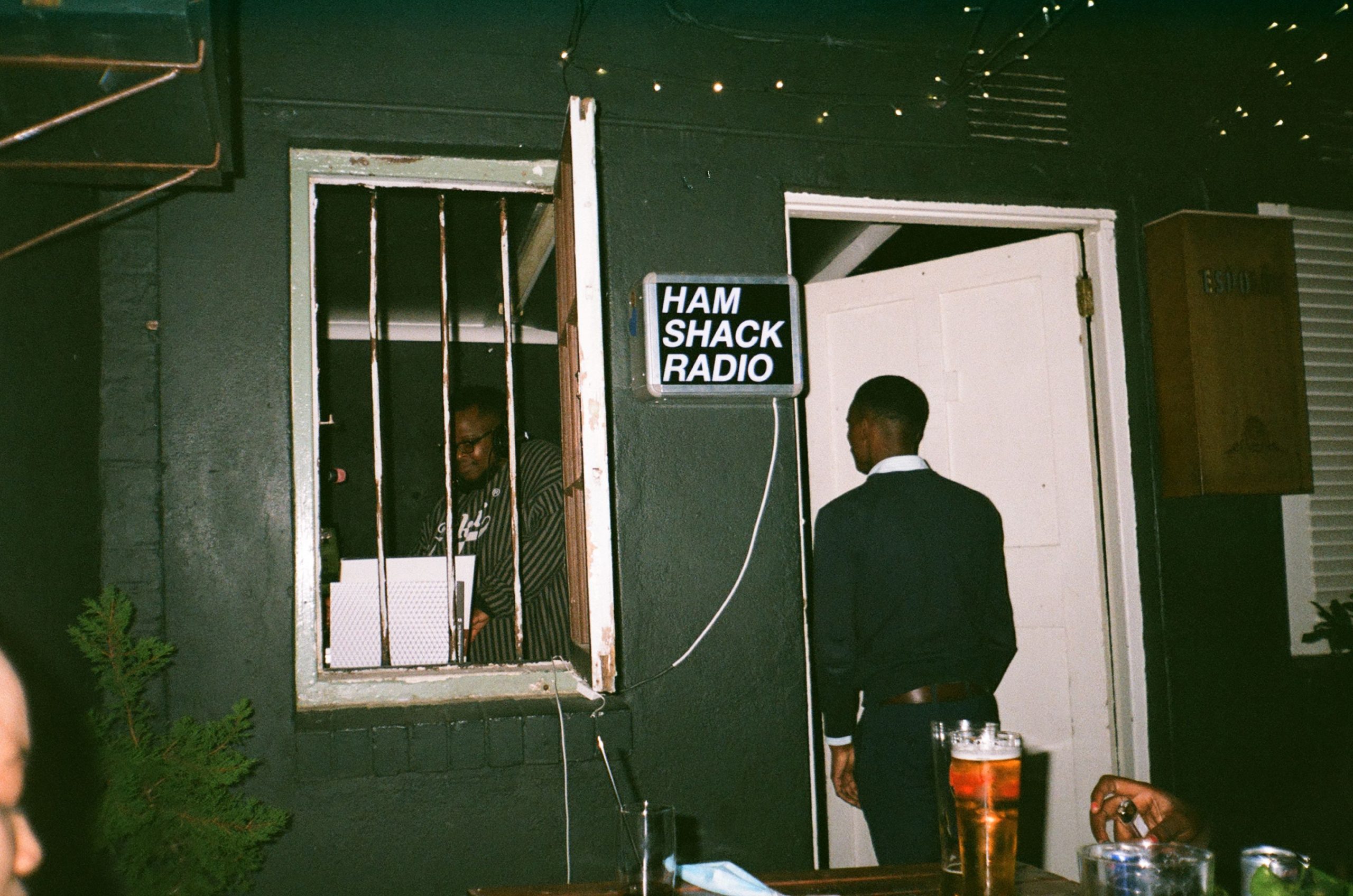