Having got his start releasing music at 15 as Parenthemis, a made-up name, 2015 would see the birth of Laudable and the release of his first mixtape, ‘Survivor’s Guilt’, under that moniker. ‘I played [Parenthemis] for this girl and she was a really good writer, teaching me about reading things because it helps you express. She heard one of the raps I wrote for her and said that’s laudable, I was like what does that mean? She said worthy of praise and I was like hmm I like that. Laudable was a personality I could tap into. More confident than my regular [self]. When he raps it’s like damn, Laudable is where I’m fully expressing.’

Writes Themba Kriger about Laudable’s 2019 release The Great Sensitivity. Laudable is a defense mechanism or revenge tactic invented by his host. Laudable plays the role of the hip-hop purist; He never wears a mask. Born and raised in and around South Africa, a writer, rapper, producer and sound engineer, he has always been drawn to the stage — and now Laudable is back with his 8-track EP titled Light Sleeper, released late July. Written, recorded, arranged and engineered by Laudable himself, Light Sleeper starts us off with the heavy-hitting, somewhat brashly in your face and ironically named “Moment of Silence” before it moves on to “ALICIA” with a feature from TRVP MORPHEUS. 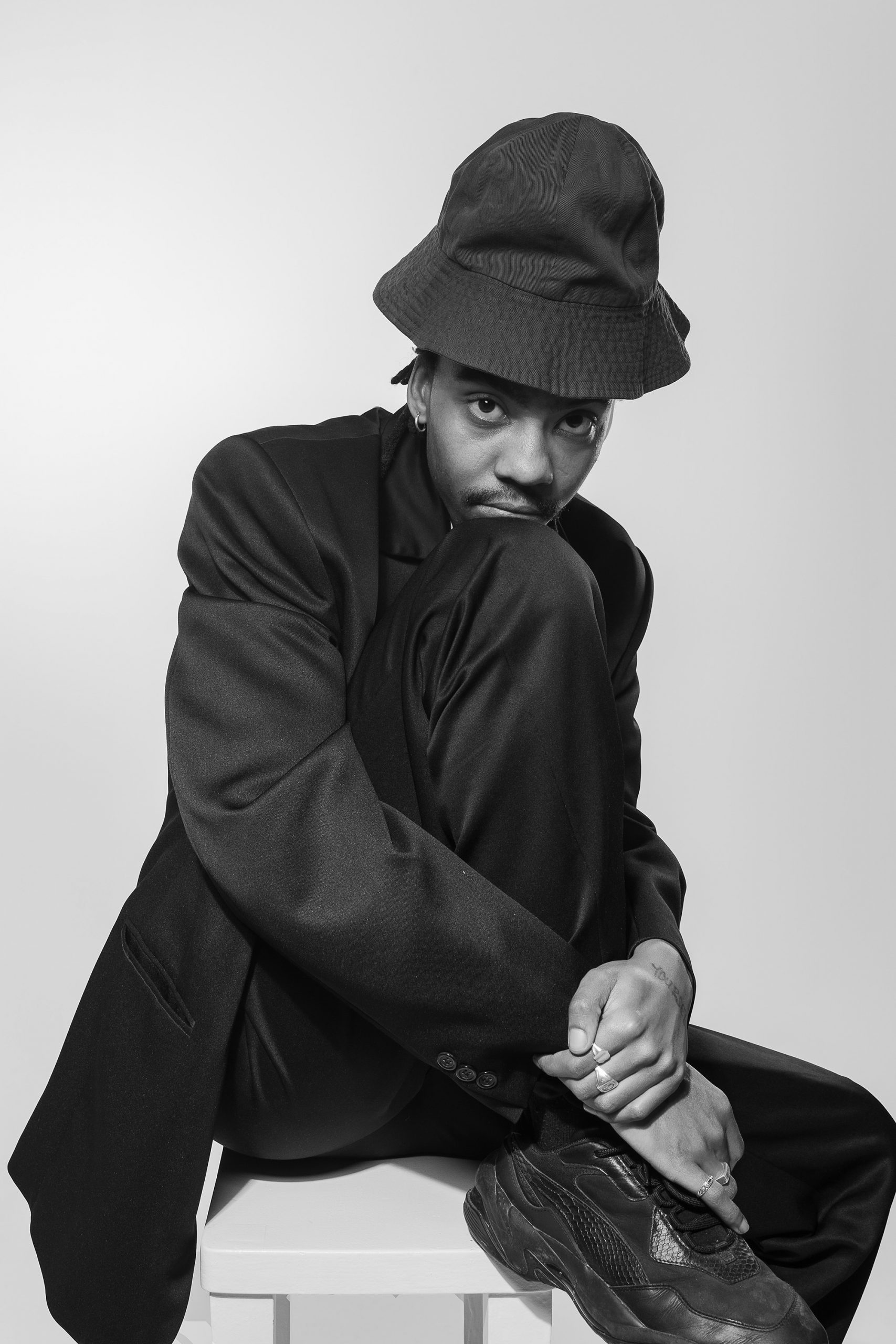 The EP’s third track “Past Curfew” situates its sonic and lyrical exploration within what has been our hard to live through global COVID-19 reality. “After a year nobody expected, filled with what seemed to be bad news after bad news things seemed to only get worse. Getting a good night’s sleep seemed impossible. With this in mind, Laudable set out to create an EP expressing what that meant to him. With a vocal tonality that reminds me of the textured roughness carried in Tom Waits’ own voice; “Patron Saint of back of the throat, bottom of the earth signing”, and working with different sampling techniques and drum patterns, Laudable has developed a sound that perfectly describes the EP’s title, Light Sleeper, which also includes additional production from US based Yktv.

Laudable and I caught up from afar, talking through some of the elements woven into his latest EP, his sonic craft and the influences of constant mobility on his music.

So you start the EP off with a track titled “Moment of Silence” which announces itself as anything but a moment of silence. The song is very present and in your face. Why this contrast of title and essence of track, was that intentional or nah?

Laudable: So, “Moment of Silence” is meant to [signify] an end of an era, do you know what I mean? Before this I [released] Suicides and Sweet Tooth. So the intention was just to be like ‘forget what you know, we’re starting over but let’s have a moment of silence, a respectful moment of silence, for the things we’re leaving behind — but we need to move with this intention going forward.’ Which is why it starts off like: ‘I told you niggas, I told you we’re coming for everything!’

When I started making music I considered myself a hip-hop purist, you know what I mean? I was only listening to lyricists like Lupe, Immortal Technique, Vinnie Paz and shit like that, and so that whole [speaking to] and end of an era is also [speaking to] the end of me thinking in that way because that’s not the same kind of hip-hop in existence today. And so the moment of silence is meant for that mentality and just stating that this year, we’re coming for everything. For the radio, we [are] coming to make history and there’s nothing you can do about it. 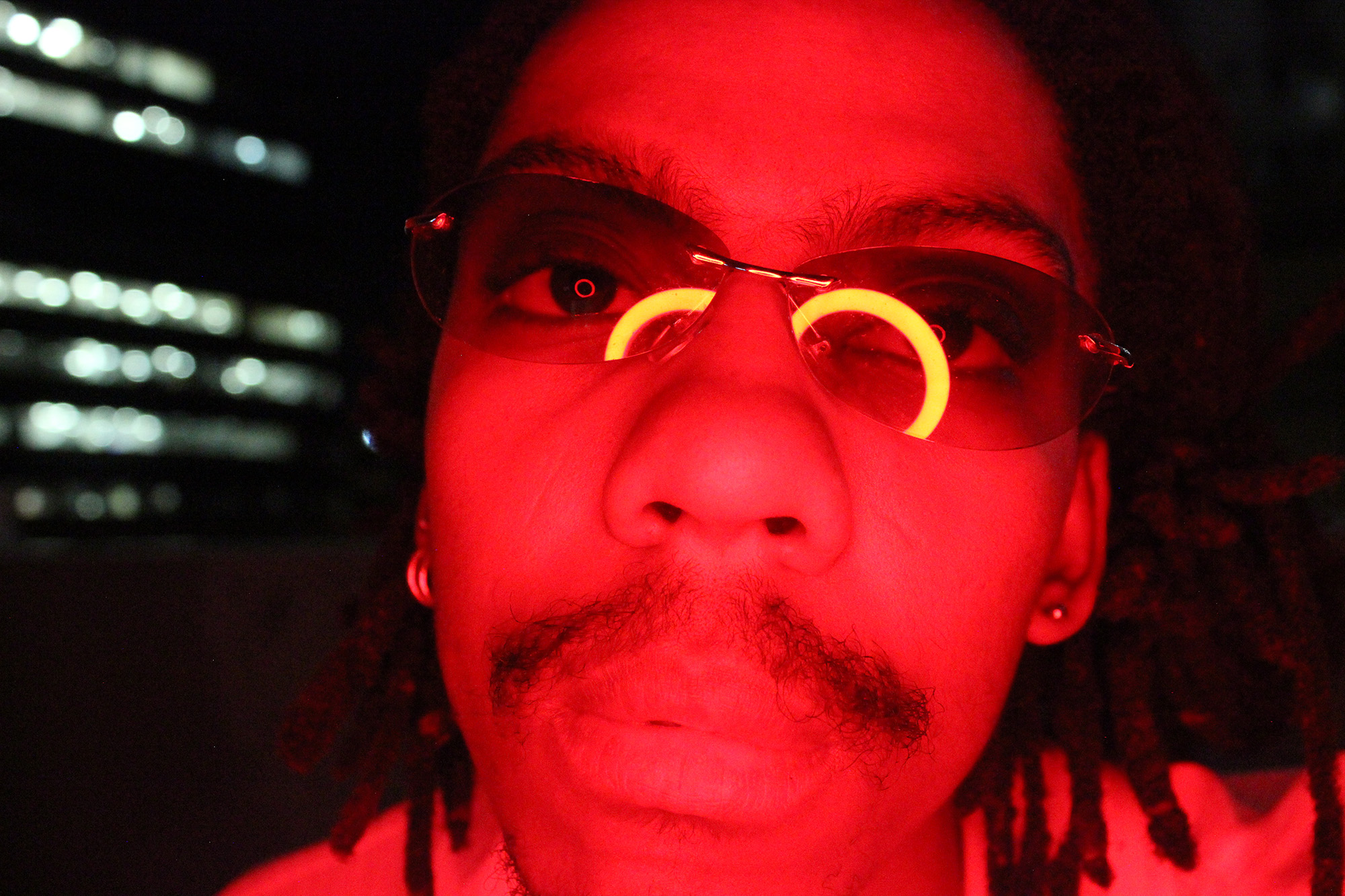 You grew up in, and have lived in various parts of the country from Joburg to Cape Town. How has your music and sonic creative expression been influenced by the textures and sways of the different places you’ve called home?

Laudable: Growing up in a bunch of different places has taught me a lot. Because I’ve never stayed in a place for more than a couple of years, I’ve always had to adjust the way I spoke to people, or because of the way people treated me — I’ve had to adjust my whole personality and stuff like that. So, because of that, I feel like I’ve got a lot of influences from a lot of places that not everybody is lucky enough to have and so I think that that kind of experience and reach is something that comes through in my music. If you listen to the tapes before this and this tape, the sounds are completely different — even the stuff I was doing when I still lived in Joburg compared to the stuff I started making when I moved to Cape Town sounds completely different.

There’s no way your environment doesn’t influence your life, and I think that growing up in all these different places has made me a very open-minded person, and so the music sounds a lot of different ways, you know? There’s The Devil’s Torso which is just like straight experimental, then there’s Lil Expert which is just straight trap stuff and then Sweet Tooth which is more conceptual storytelling and Suicides which is more like practice — you know what I mean? So, all of these elements come from the influences of different places I’ve moved through and yeah, I’m very grateful for everything I’ve experienced and hope that it comes through in the music. 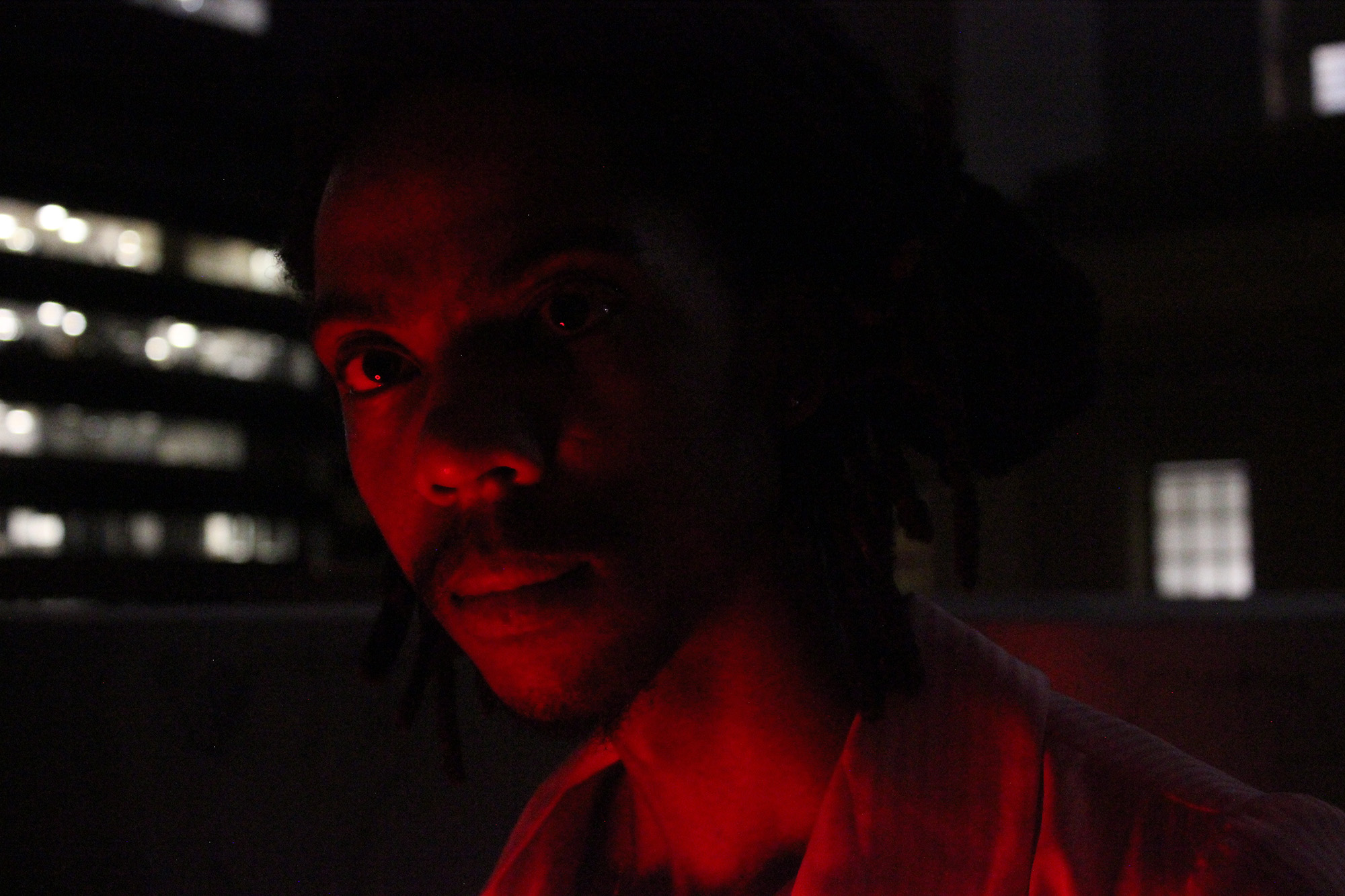 What ‘something new’ would you say Light Sleeper offers your listeners that we have yet to experience with your previous releases?

Laudable: I think the one specific thing people will notice from this release is that it’s the end of an era; it’s a completely different type of rap, it’s a completely [different] type of hip-hop. There’s no boom bap, there [are] no ‘typical’ hip-hop patterns — it’s meant to evoke that feeling when you can’t sleep and you’re uneasy. So, I was trying to integrate that into the beats which is why some of them bounce different and you’ll get like four snares in one section, to kind of like [interpolate] the feeling of being kept awake.

And not necessarily in a bad way but in the way that’s like ‘I can’t sleep, so I need to do something’, so you end up just coming up with these weird things cause you haven’t slept in days and aren’t thinking straight but it all comes out to be something beautiful. I think that’s what Light Sleeper has which my other releases don’t; I think that with the others I was still trying to prove myself, whereas with this EP I don’t feel like I’m proving myself but more just expanding on things that I’ve tried before and solidifying the sentiment that I can do anything and do it better than whoever is doing it. 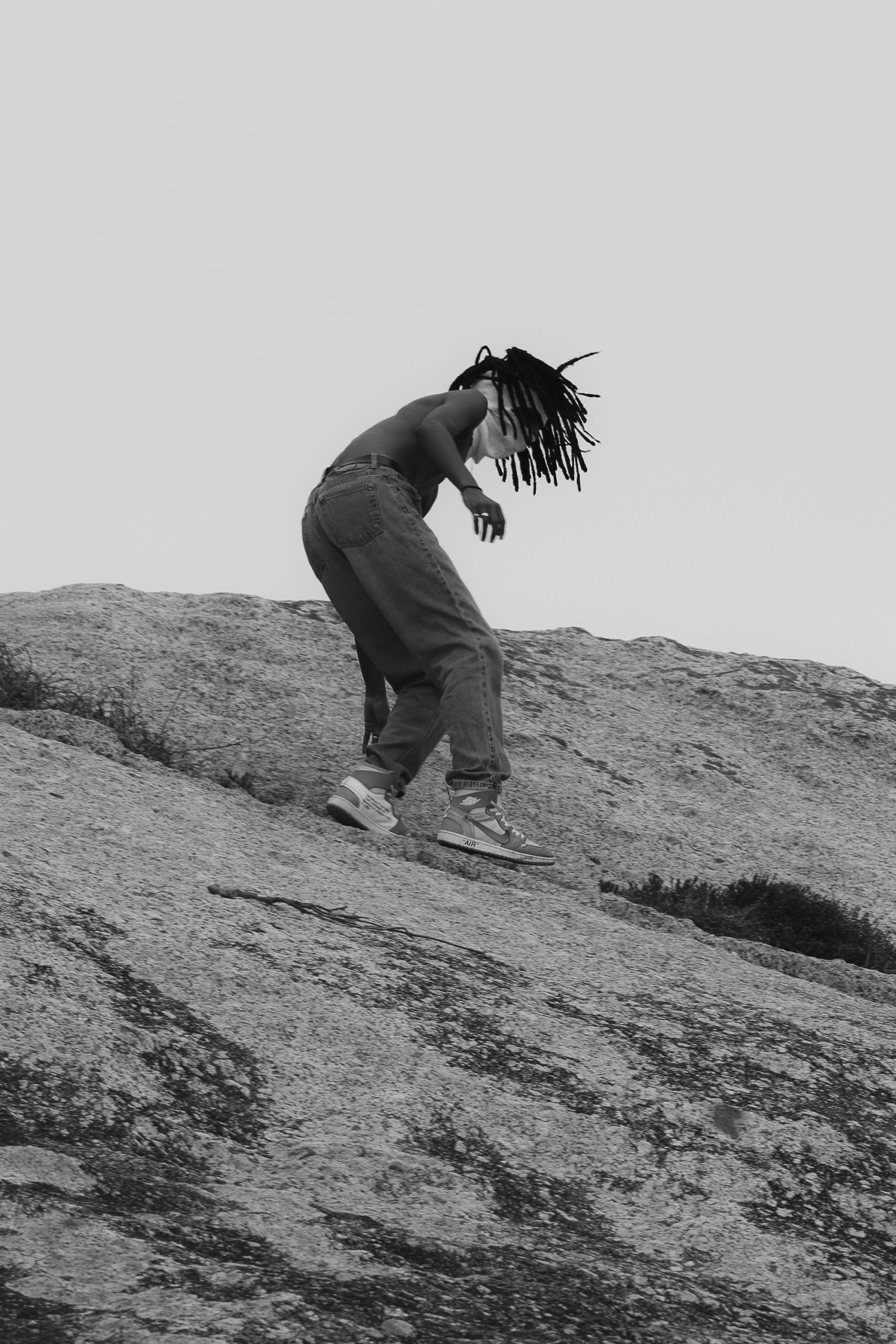 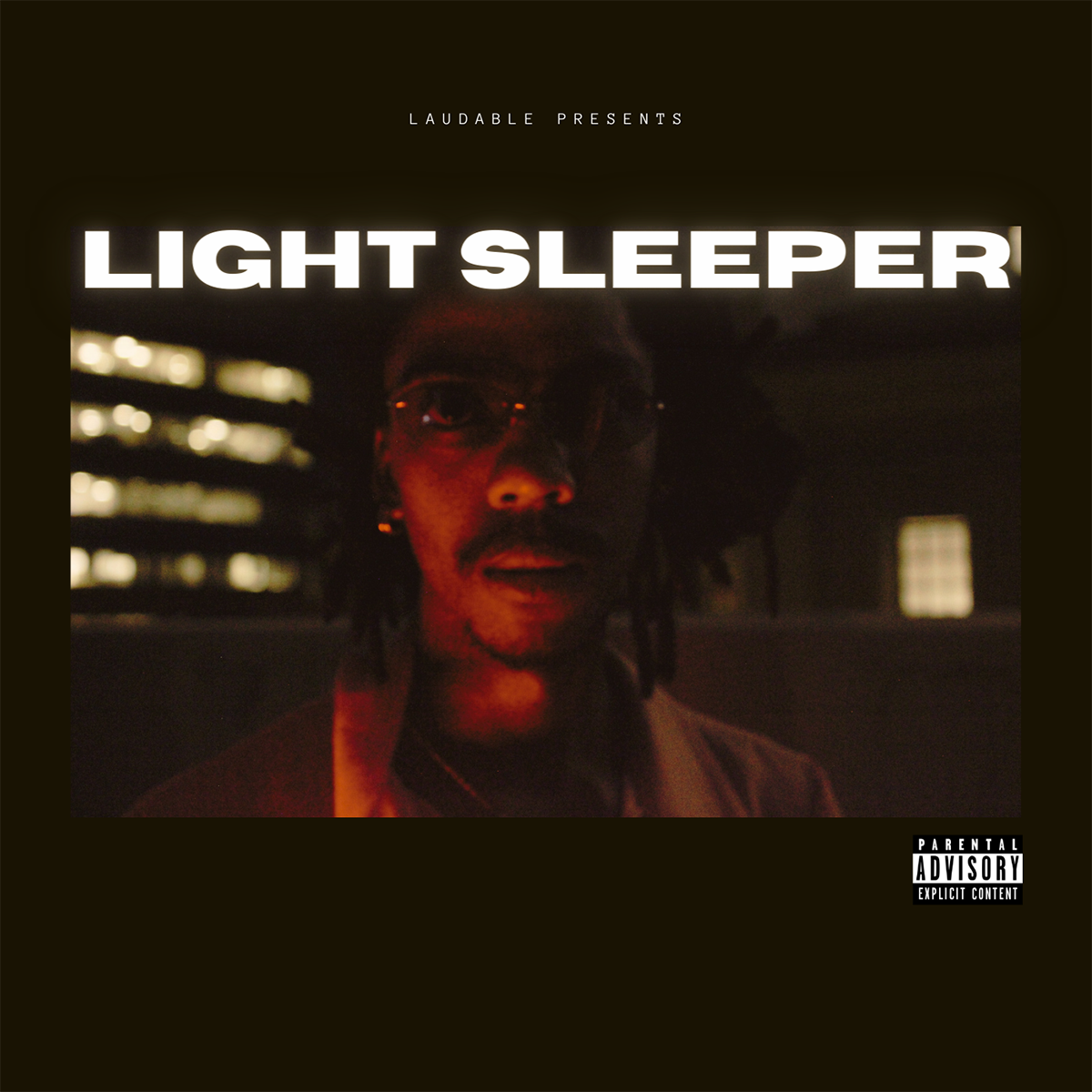 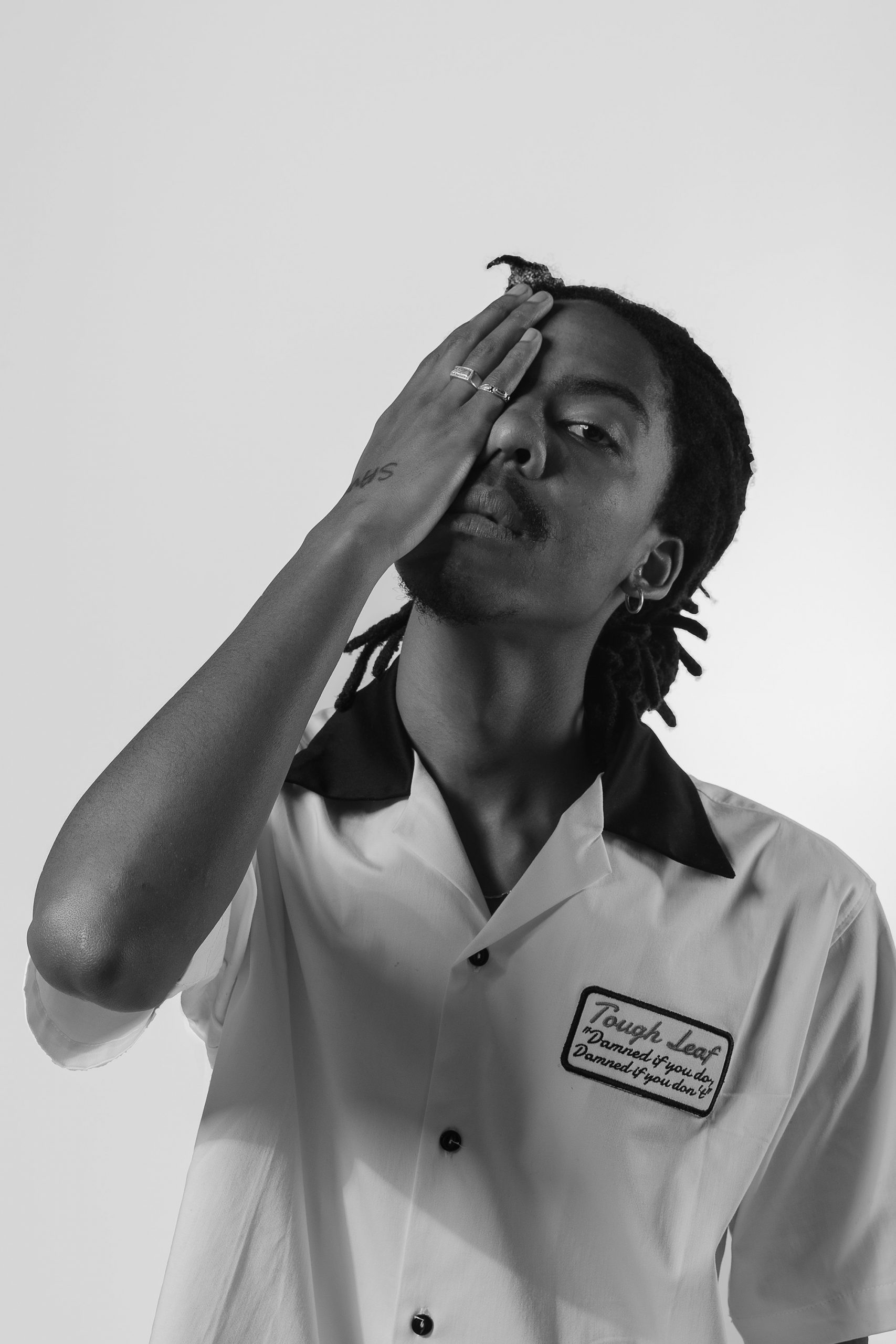