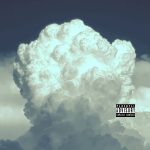 Hip-hop duo IndigoBangz, is comprised of rapper Indigo (hailing from the Vaal) and producer Bangz (from Pretoria). After having met while at college in Johannesburg in 2015 and forming a friendship, the two started making music together in May of 2016. The end of college saw the duo having to face the realities of life and saw them put music on the back burner. The urge, however, to create music was too great. “…Just realising that nothing was fulfilling. So we went back, we made music for a year. We had a little EP at the beginning of the year but we were still figuring out [the] sound we wanted to have. When we started making this [mixtape] around February this year it just clicked” explains Indigo.

Written through a number of studio sessions, their new mixtape, “become with the waters”, saw Indigo in studio with Bangz, digging through 20 to 30 beats per session in order to lay the foundation of the release. The tape sees Indigo delving into more personal issues with tracks touching on themes such as Indigo’s late grandmother, her mother, as well as her experience as a black, South African woman. “I always want to tell stories that are real to us.” Bangz’ production on the mixtape is nostalgic and sample based. “We are both fans of different producers and music makers and the main thing was the sampling.”

The concept of the mixtape is based on the idea that nothing one creates is from oneself.  Rather, there is a collaborative energy which one taps into. The cover art captures water, a metaphor for the collective energy, in a different form, because everyone taps into the collective in different ways. “Every song I write I think is the greatest song ever written but then I always think what if this is the last and I’m never inspired again. The next time you do it again it’s like oh man I still can do it. Realising it’s not from yourself but something beyond yourself.”

Looking to perform as well as collaborate, IndigoBangz is also working on new material although there are no set release dates yet. They hope that people are inspired by their music to create what they think is great and to interpret their songs however they want.