As the media world over, we’ve written extensively about music and the stories behind “viral” moments in music. From social media apps to individual moments that have sparked global conversations and change, popular music makes history every day. With every century and decade comes a new invention that alters the future, temporarily or permanently. Not going back too far, electronic television was first successfully demonstrated in 1927, and it was only in the 80s and 90s that music videos became prevalent. Now, past the 2000s and with the 2010s going forward, we have cell phones and thus the rise of digital communication, streaming and music-sharing platforms. The recorded history of the distribution of music dates centuries back, and as it stands today, there is immense access to millions and millions of recordings. All it takes is access to the internet and one device to have catalogues at your request. It begins with sheet music. In 2012, the musician Beck became one of several artists to release his album as sheet music only, and with this, Song Reader bought back to popular music this ancient format. Sheet music is “printed music, as opposed to performed or recorded music” and before recorded music, people with limited knowledge of music could still play and hear popular songs on paper. The first machine-printed sheet music was made in 1473 and this is when the music distribution business really started. Sheet music is still culturally relevant today with its legacy living on through the term “mechanical royalties”. This refers to the payments made by record companies for the reproduction of copyrighted works. 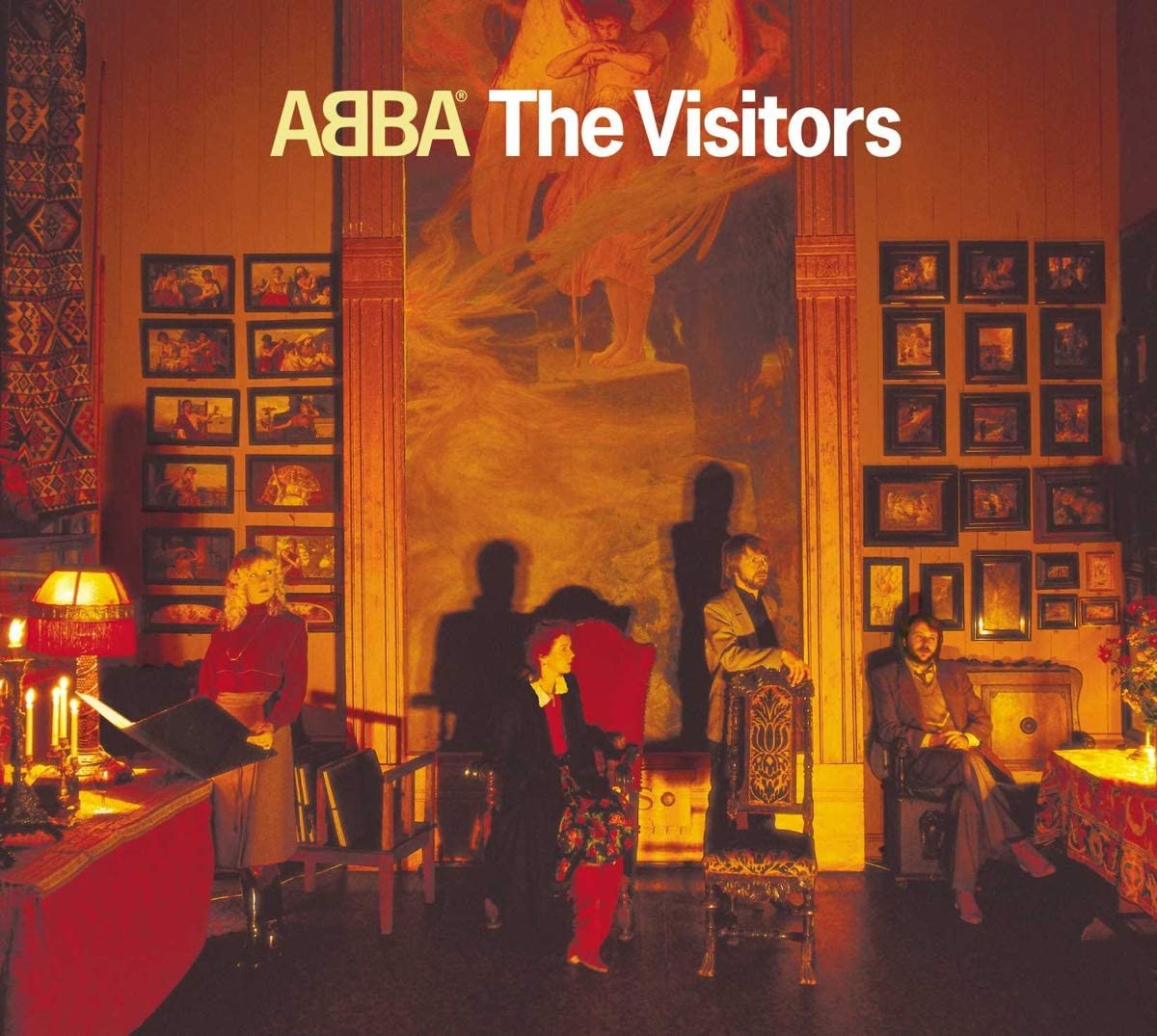 In 1981, ABBA’s The Visitors album became the first commercially available music Compact Disc (CD). By this time, we had gone through the phonograph and ‘phonograph parlours’ in the 1890s, vinyl records from the 1930s to 1970s, and cassette tapes which took over from there until the early 1990s. ABBA is also one of the first CDs I remember playing in my mom’s car during my adolescence. Today, my mom jumps up in astonishment every time I put on an ABBA song via Bluetooth in her presence. It’s as if she cannot believe that I have the ability to summon any random song I wish to play, at any time. As the internet was invented, improved and rose to popular usage from the late 1990s, the illegal sharing of music through the internet began and became more and more prevalent — with little to no historical legal precedent provided. It’s estimated that worldwide revenues for recorded music fell by 50% between 1999 and 2009, which would force the industry to adapt in ways it had never previously imagined. This was by far the biggest game-changer in music distribution and an inevitability of the consequences of the invention. It was at this time that file-sharing service — and what I like to consider the first Supreme — Napster arrived. One could argue that Napster entered the industry before the industry had a chance to adjust to the changes bought about by the rise of digital music — and naming what this entry did as ‘causing havoc’ or a ‘stir’, is an understatement. 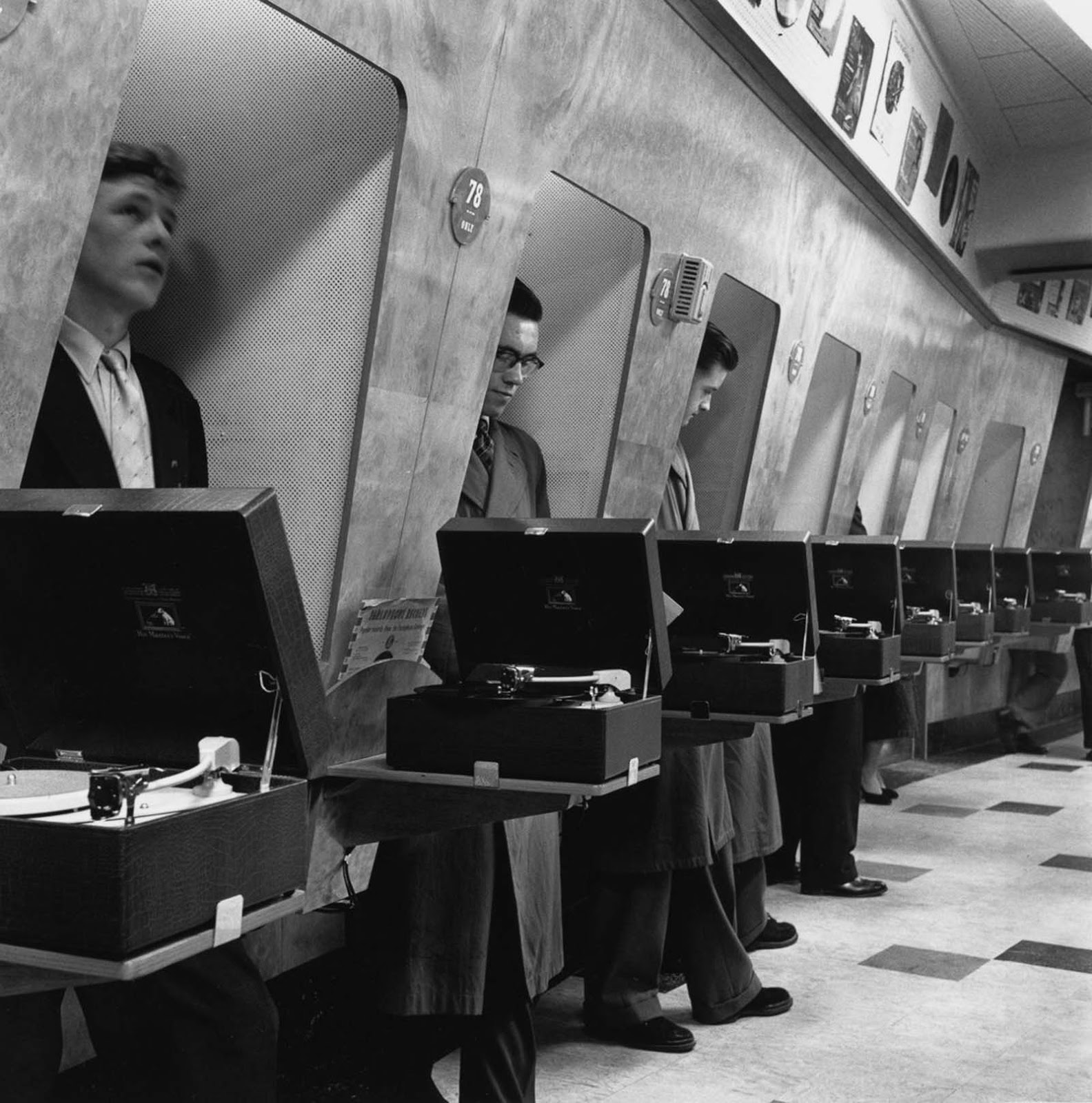 Napster was a peer-to-peer music download service, which meant that its users could search for and download MP3 music files from their devices — translated to — anyone who had access to Napster could download new music and play it for free, over and over again. It was the first of its kind to allow users to share hard-to-find recordings and in 2000, as you can expect, lawsuits were filed against Napster by various music industry groups, including Dr Dre and Metallica. The service was eventually shut down after failing to follow court orders to stop distributing copyrighted music. After Napster, came a flood of other sites that allowed people to download music and movies for free, including ones that I personally, may or may not still be using today [cough cough]. These services started taking chunks out of the record label sales, the same way Napster did. While many artists and labels fought to prevent websites from distributing links to their works through torrents, some embraced the new distribution mechanism. Some artists and labels even became the first ones in history to sign deals with these websites to receive payment for each time someone downloads their new release through the platform. In early 2003, another Supreme was established when Apple Inc. launched the iTunes Store. It was the first digital download store to offer all the major record labels’ catalogues and by 2008, it became the world’s biggest music vendor. In the United States of America, digital music sales topped physical music sales for the first time in 2012. 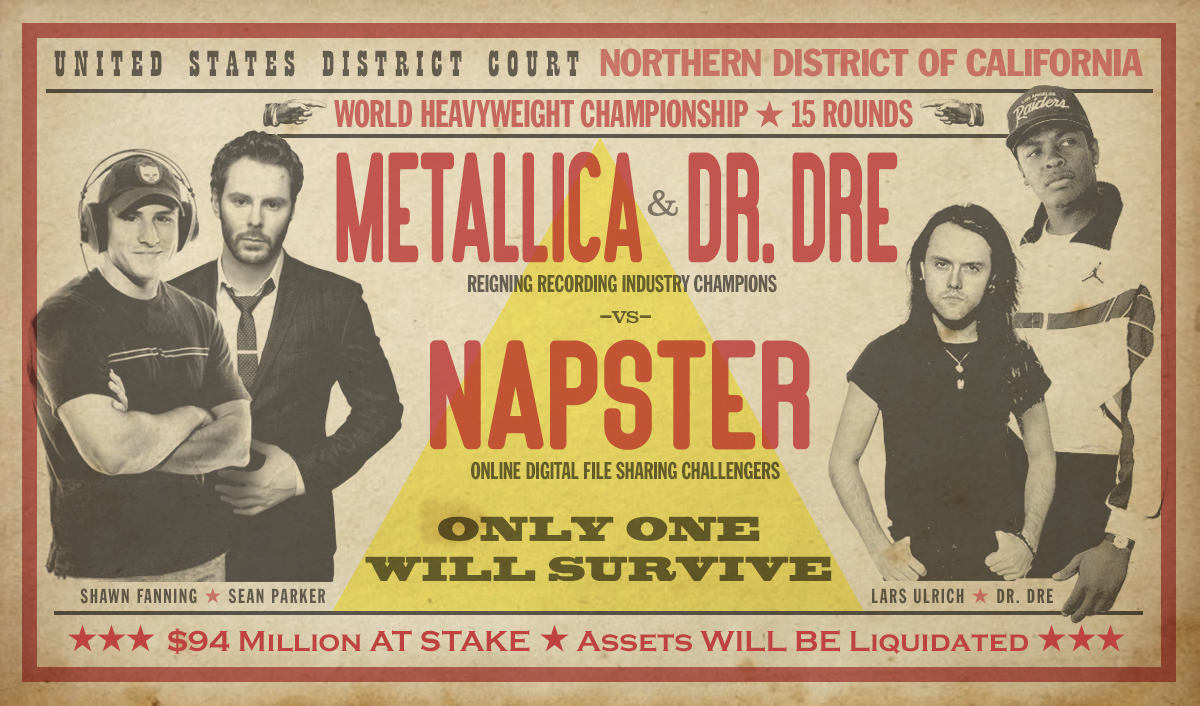 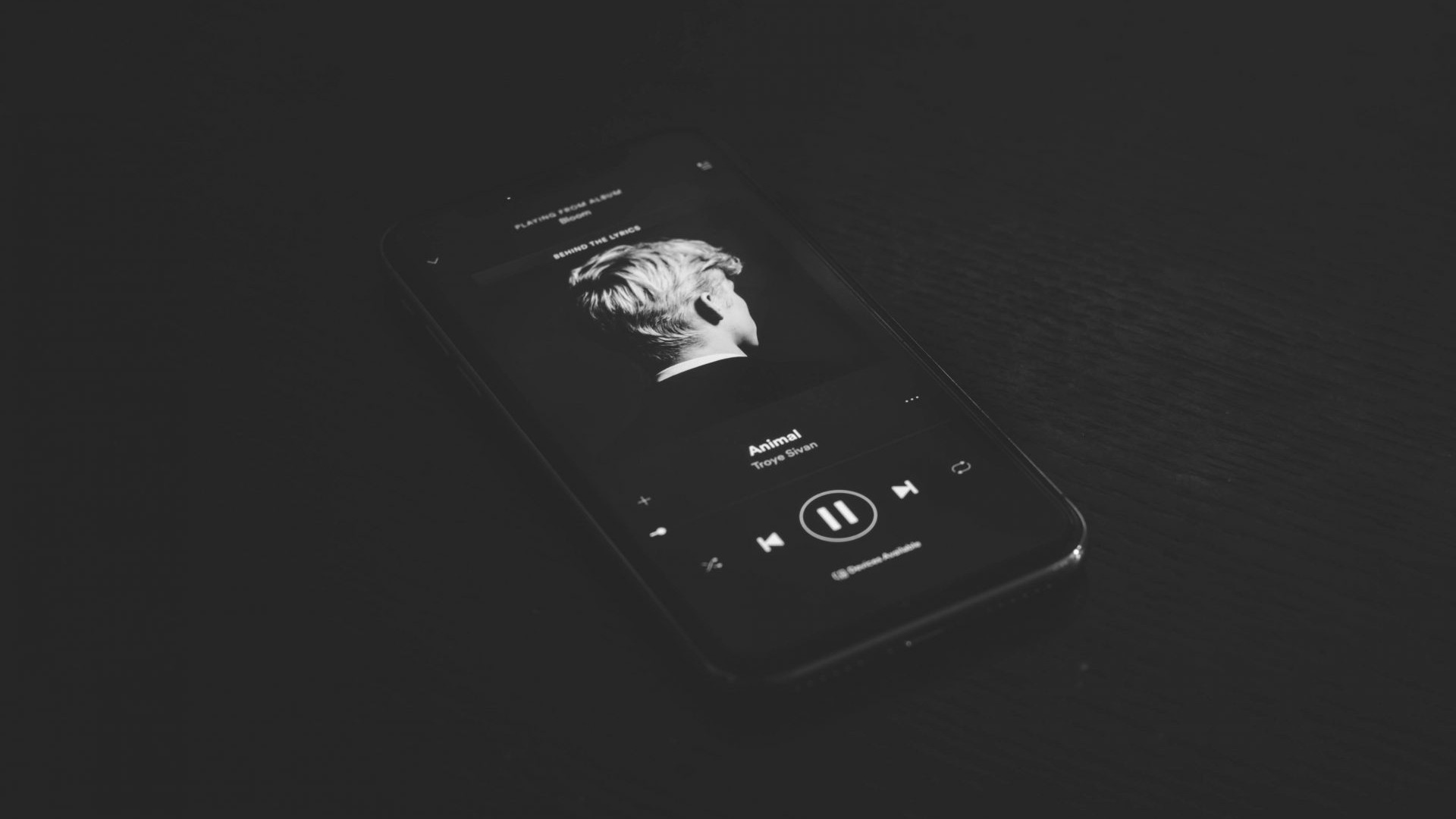 Spotify, my current poison of choice, emerged in 2008, allowing users to pay a monthly subscription price to listen to unlimited music from a large collection — or to pay a lower charge to listen to a restricted quantity of music with ads playing between every few songs. It quickly became the most popular fully licensed streaming service in many of the markets where it operates. Spotify is the most popular music streaming service in several other nations. However, Spotify like other streaming services has been chastised for the minimal revenue-per-stream it earns for musicians. Spotify has defended themselves by claiming that 70% of their revenue goes to rights holders and that its service diverts customers away from illegitimate download and streaming sites that do not pay artists at all. Several well-known musicians, including Taylor Swift, The Beatles, Coldplay, The Black Keys and Adele have all, at some point in the recent past, removed their music from Spotify. Although a large amount of the music on the network was posted without the authorisation of the rights holders or without earning cash for them, enter the third Supreme, YouTube, which remains the most popular music streaming site overall. Their Content ID technology uses waveform recognition to identify copyrighted music uploads and allows rights holders to place advertisements on uploads including their works — or have them disabled. 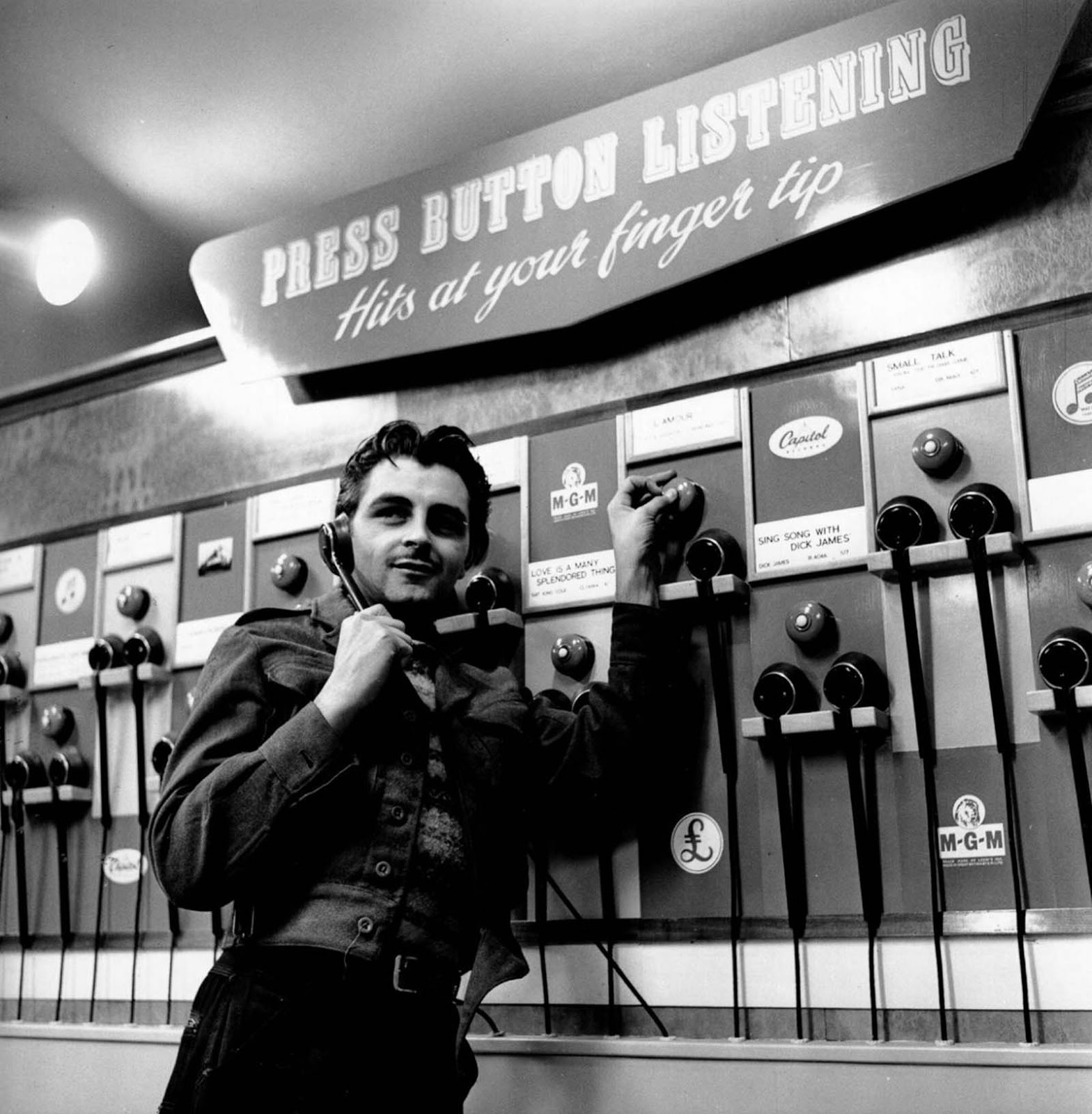 With an ever-diminishing marginal value for recorded music as streaming providers compete for the lowest subscription fee, it’s difficult to predict what the music industry’s future holds. I’m predicting that the fourth Supreme will be Tiktok. Even though Tiktok is yet to reach its peak as an app — with only 4 years under its belt — we can already speak back to the impact that it has had on music distribution and the overall industry. TikTok played a major role in making “Old Town Road” by Lil Nas X one of the biggest songs of 2019, and the longest-running number-one song in the history of the Billboard Hot 100. There has also been dialogue amongst the developers of TikTok about artists premiering their music videos on the app as of yet, however, no major artist has taken that route. At this point, I think it is important to say that this history and recollection of music distraction is from the mainstream western perspective. People are beginning to embrace the moral argument that pirating music from musicians is wrong, however, different parts of the world suffer from different atrocities that differentiate our cultures and relationship with art and our access to it. What is certain is that labels and artists who insist on not changing their ways as practitioners, and as people who take part in music distribution will suffer the most, or at the very least lose out on personal growth and expansion.