Yin is to yang. Summer is to winter. Similarly, Art Pop is to Minimalism. The former is representative and embracing of the art within the commercialised world of mass production yet the latter recoils at the sight of that and embraces the power of less. Thus their common ground is merely the vague “art world”. In conclusion, the two make very little sense together.

Except when they do. 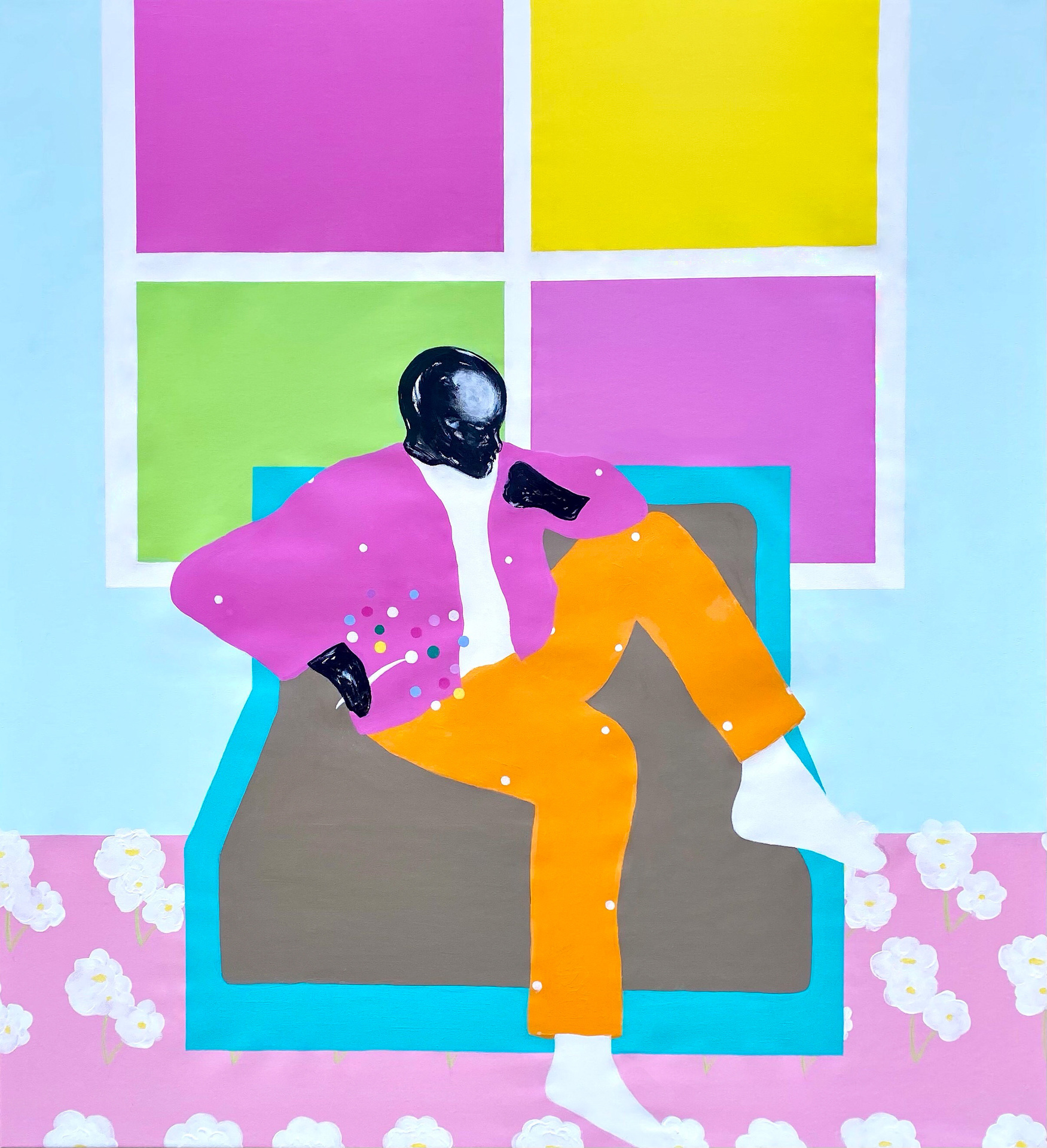 Nigerian artist Abe Ogunlende’s work seems to be the intersection of the two movements. And instead of a clash or discord, the two find a striking co-existence in the artist’s work. The fun pastel acrylic colours and the repetition of motifs like polka dots are reminiscent of the fun world of pop art and its bubblegummy, palatable nature. This is juxtaposed by the simplicity of the forms themselves, with the paintings often featuring undetailed people painted in black, starkly contrasting their colourful environments.

The environments share in the absence of detail, with little attempt at creating too much depth of space. What would have been loud colours are brought to a hush in the shallow depth of the artist’s visual world, calling for a moment of contemplation. 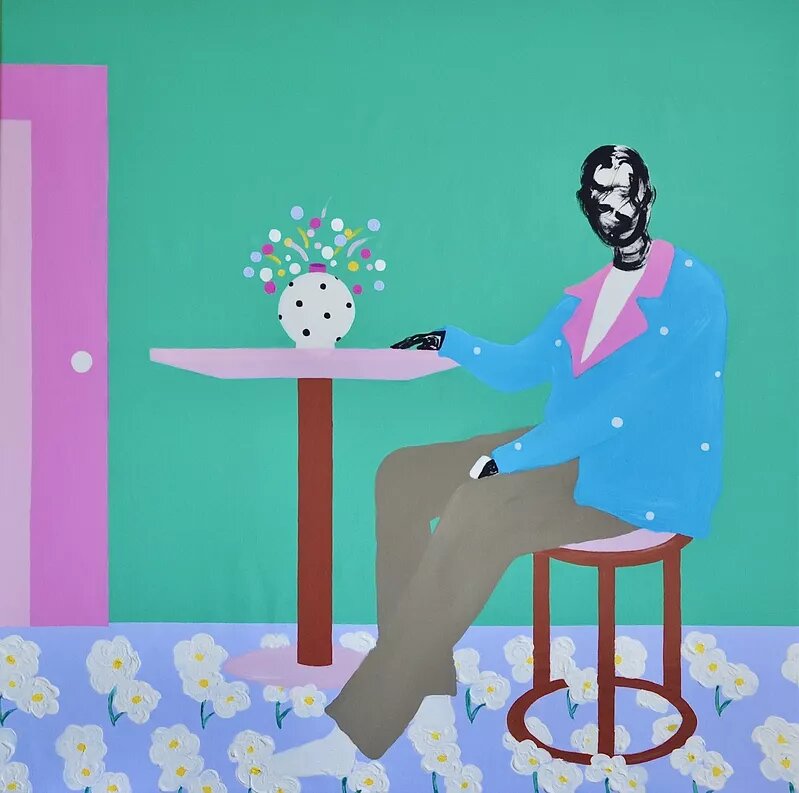 In this contemplation, one can pay greater attention to the figures in the work. Although they lack facial expression and much detail in their form, there’s much to be read into the way they carry themselves in the space.

As in recent work like Living Room, the androgynous figure sits on a brightly coloured blue couch, positioned towards the purple, yellow, and green window panes. It is unclear where the gaze would be pointed directly – owing to the absence of eyes, for one. Yet it is evident that the person sits in contemplation. Perhaps caught in a moment of worry. 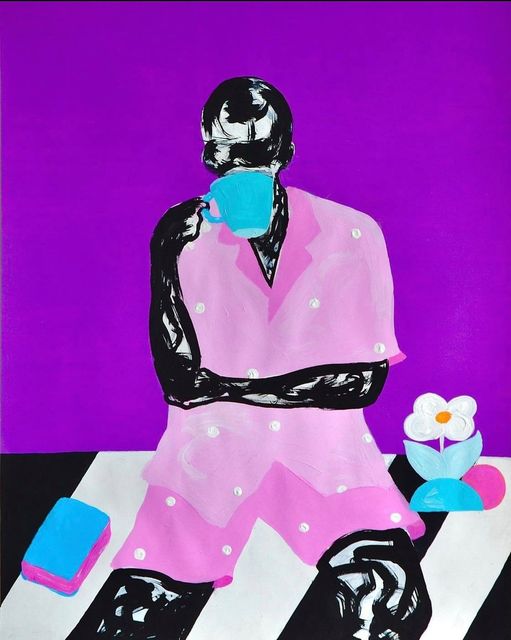 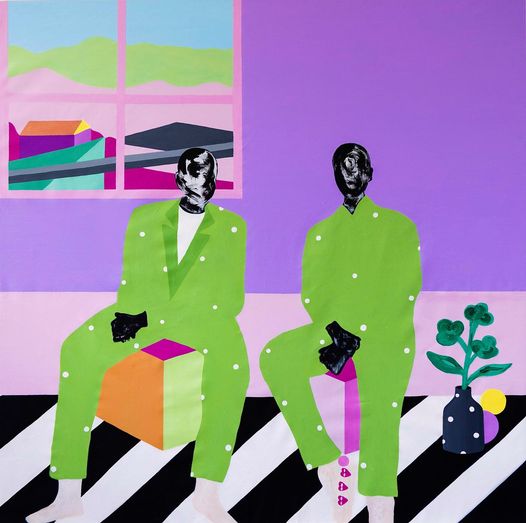 Similarly to Flowers (2021), Ogunlende manages to create a faceless figure who somehow still appears to be staring deep into the soul of the viewer. The presence of what looks to be daisies in the colourful scene contrasts the serious disposition of the person in the painting.

Contextualising the artist’s history, it feels fitting that the scenes – much like Nigeria itself – are vibrant and full of colour. The people in these scenes, black and contemplative, are full of thought, curiosity and what looks to be a sort of yearning. 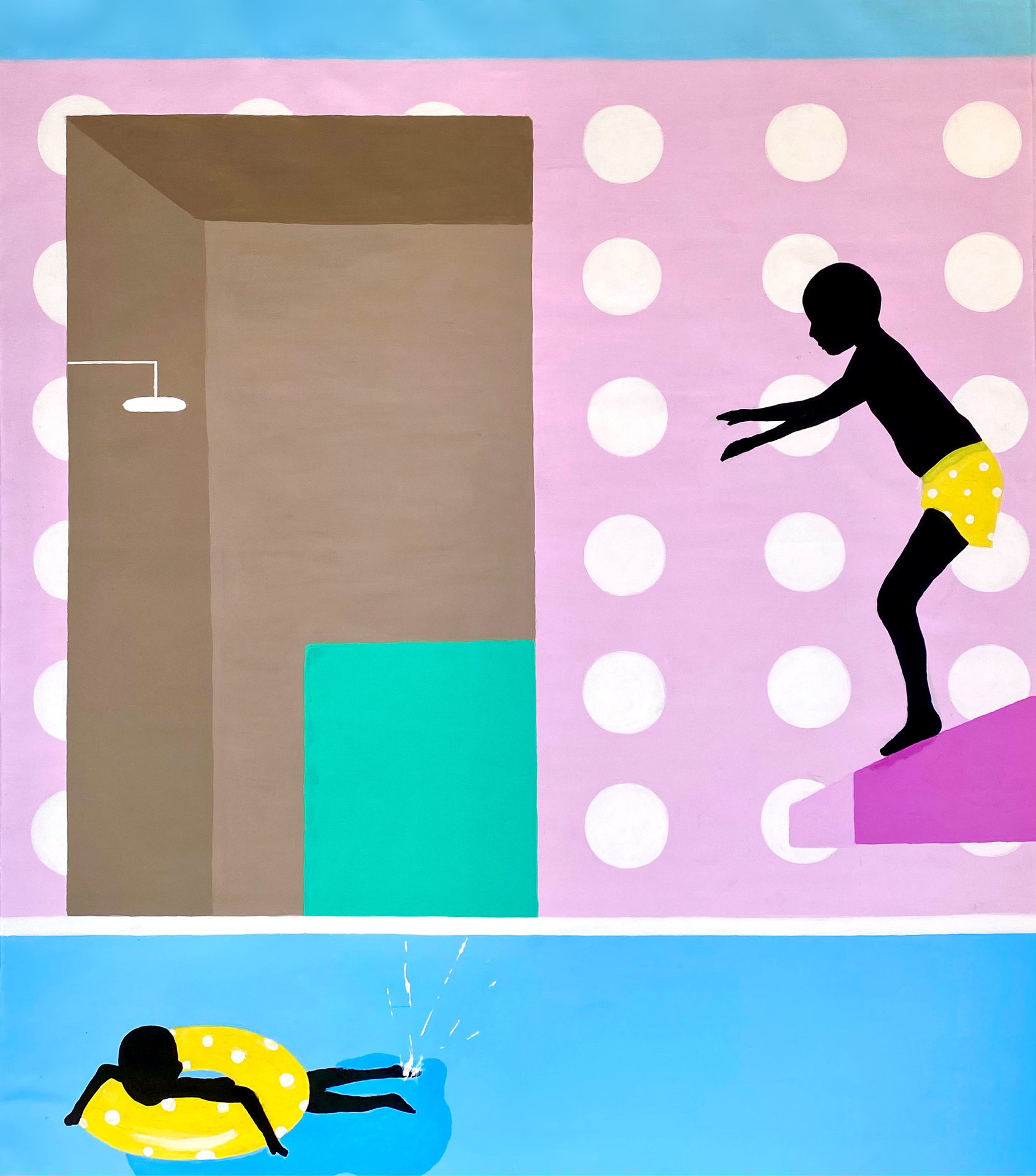 In this, Ogunlende takes the products of Western art movements, i.e. Pop Art and Minimalism, and strips them down to their essence. In new and exciting arrangements, the artist takes those very same ingredients and creates something entirely different, and engages the viewer in an intimate moment of quiet contemplation, in a loud and colourful world.

Our world, as depicted in the mundane everyday scenes – such as the swimming pool, the breakfast table, the bedroom. All spaces contain both the yin and the yang. 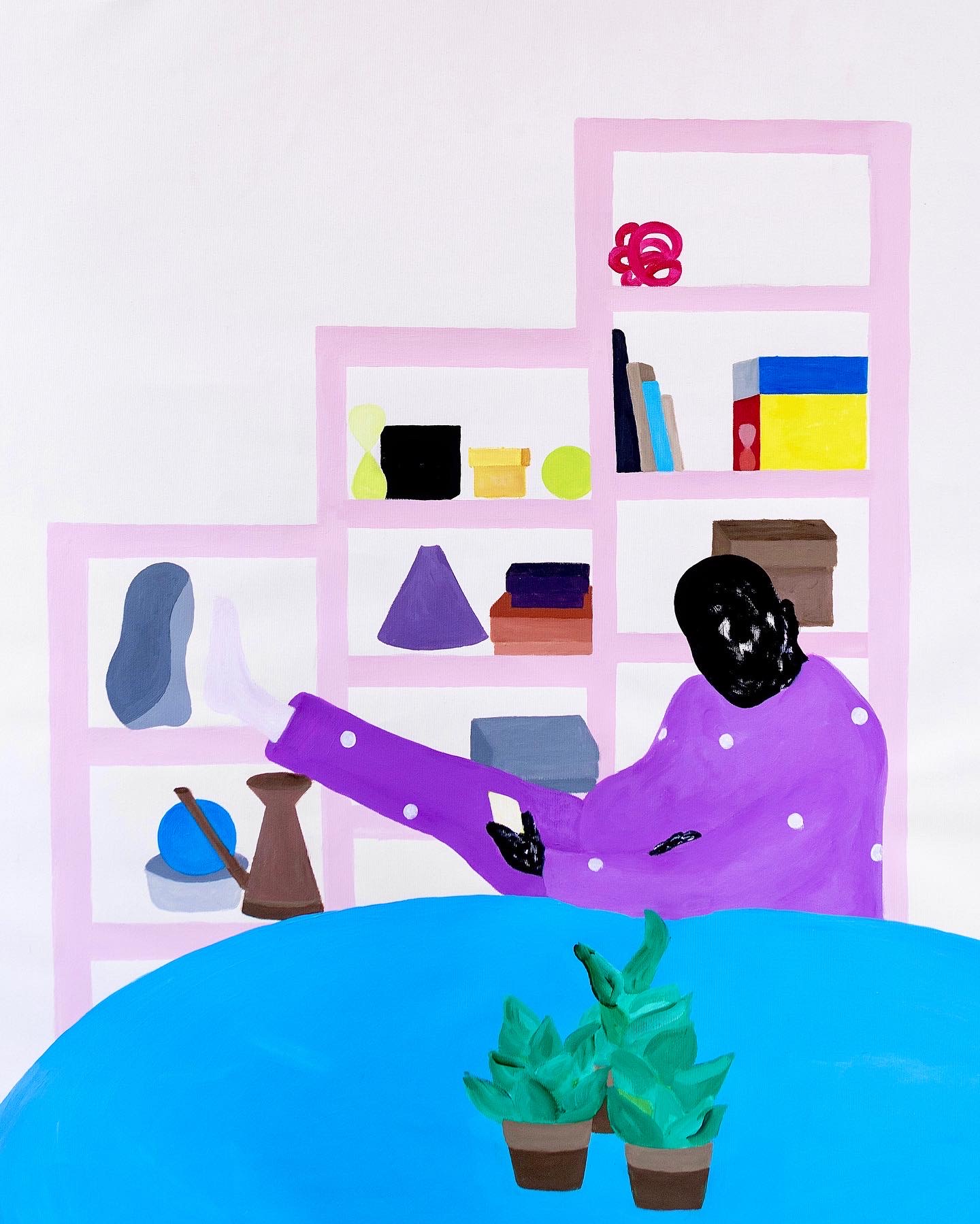 Abe Ogunlende, Portraits of Our Time, 2021