Thick, confident brush strokes revealing the layers of colours on the canvas. Intense eyes that pull the viewers into each painting — bringing to life the story presented on the 2 dimensional surface — inviting viewers into the colourfully nuanced depiction of everyday life. The abstract backdrops, highlight and frame the figures in her work thus taking on a similar role to the backgrounds of dreams; present in their capturing of moods and less so in their details. Cassi Namoda‘s work bring together these elements, showing how the seemingly mundane; in fact holds the features of social dynamics and can possess cultural significance. 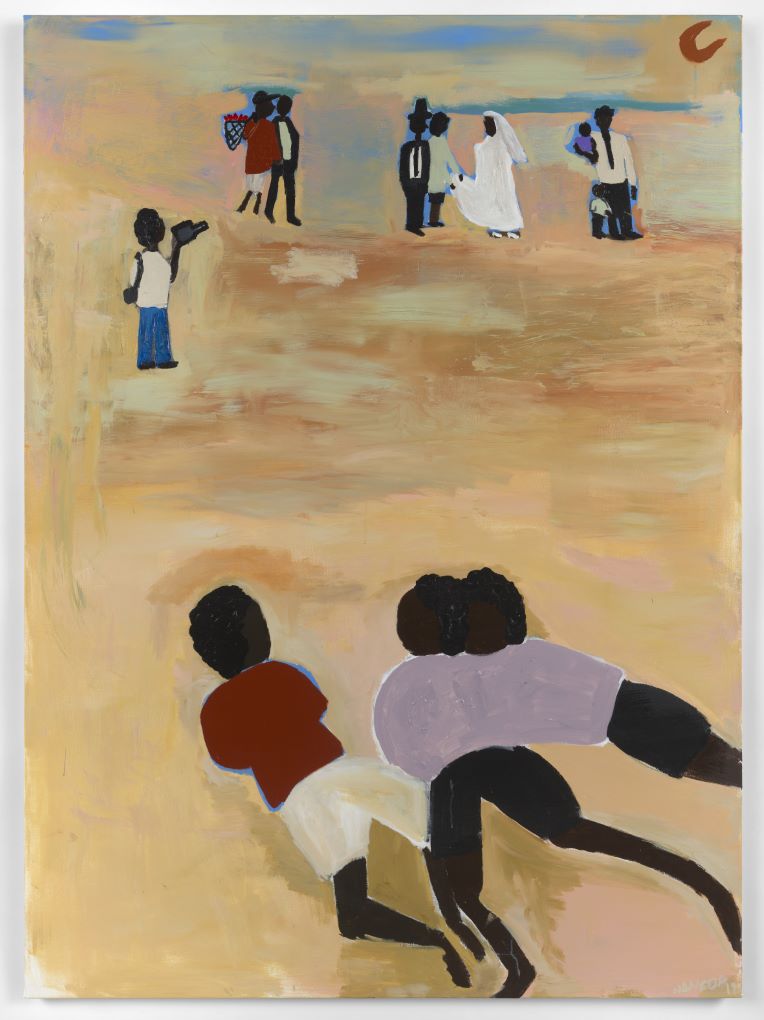 Little is Enough For Those in Love; 2019

The inclusion of her work as one of the artists commissioned to create a cover for Vogue Italia’s January 2020 issue, a decision taken in response to debates around sustainability and reducing the publication’s own carbon footprint, demonstrates the recognition of the artists’ ability to capture intense feeling. The illustration submitted used the heavy layering of paint and unruly lines, creating a textured work that seems to lift off the page. This heaviness in the use of paint, mirrors the emotional state of the figure that is present in the work. This intimate relationship between medium and feeling makes Namoda’s work able to narrate complexity. 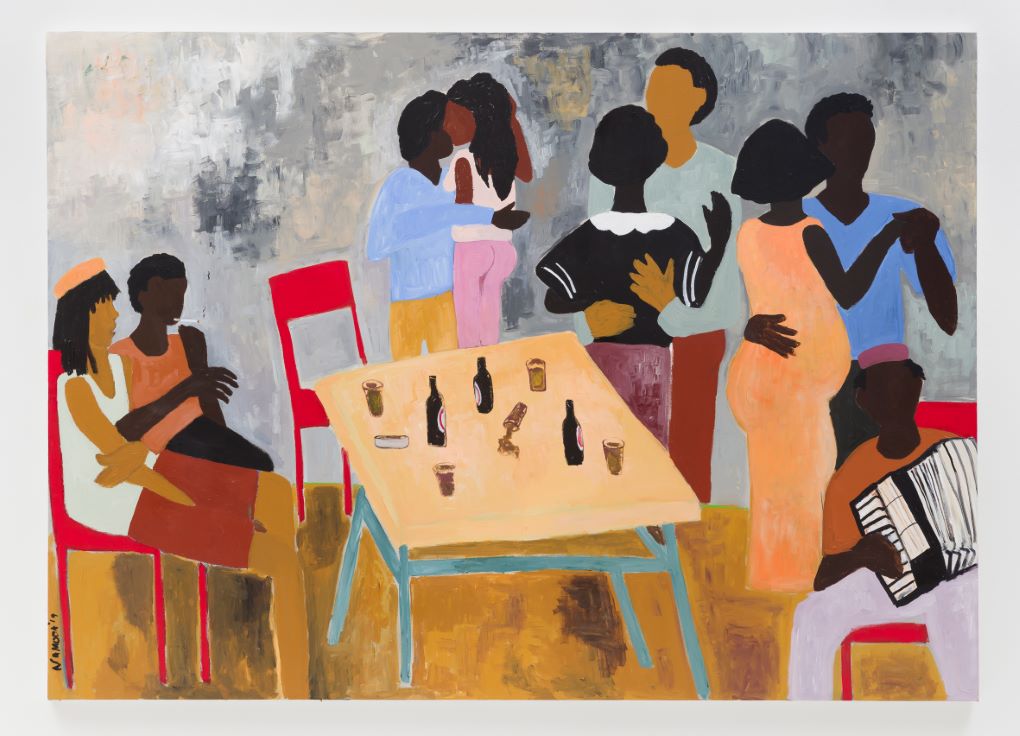 Little is Enough For Those with Love Mimi Nakupenda

Born in Maputo but having lived and travelled to a number of places across the globe, Namoda has had an interest in reflecting the people and culture of her birthplace. Her depictions of post-colonial Mozambique combine memory, imagination and archival influences, stretching common understandings of everyday life through visual storytelling. Little is Enough For Those with Love Mimi Nakupenda (2019) is a work that demonstrates the narrative potency of Namoda’s paintings. Panning one’s eye across the image from left to right, one sees figures partaking in simple, yet joyful activities from sitting and chatting to dancing. The work does not feel like a frozen moment. Instead there is a flow and movement felt within it, almost inviting the viewer to join in the celebratory mood.

Cassi Namoda has recently joined Goodman Gallery, with the expectation of her first solo show on the continent sparking an excitement to see her work so close to home.