Johannesburg-based artist, Jess Sutherland, presents Errorscapes an exhibition of ‘broken’ images. The show opened at Kalashnikovv Gallery on the 14th of March pre-pandemic. The glitch, seemingly synonymous with the digital era, has come to have its own kind of visual language. The works on display suggest landscapes somewhere between internet art and something more Klimt-esque:

“The images embody the familiar, they feel less foreign and a possible empathy is able to arise between a human and synthetic intelligence”. Despite what may read as a digital visual resonance, the imaging origins were rooted in organic matter. Herein lies the interplay between digital and analogue material – transitioning from one to the other. “Personal photographs break after moving through one too many format changes, leaving an organic quality in a series of digital ‘errorscapes’”. 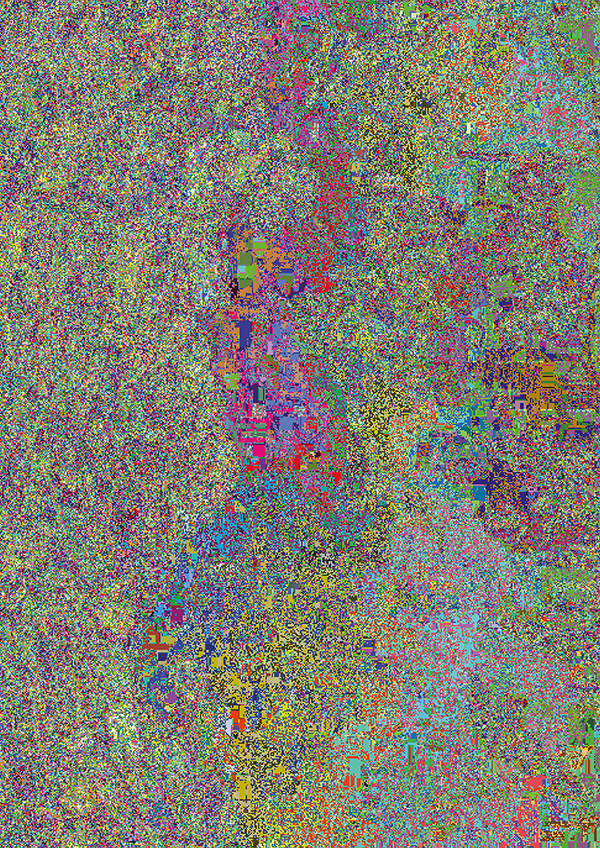 The titles of the works, adopted from a passage in the novel Look to Windward (2000) by Science-Fiction writer, Iain M. Banks, speaks to the idea of time measured in thoughts. In which, the narrator claims to have billions of thoughts per second, although based on neuro-imaging technology, it seems that on average most humans only have 48.6 thoughts per minute. Despite this, it seems like an interesting way to measure the passing of time. Each title captures a phrase – breaking the passage into parts – similar to the treatment of the pixelated images.

Sutherland’s practice is centred around both breaking and growing images – sometimes simultaneously – “changing the key, the order, the meaning, moving from one side of the equation to the other”. With a background in fashion design and a keen sense of aesthetics, this is her foray into the art world. The series explores the relationship between human and technical error – inviting the viewer to look and look some more. To gaze deeply into the abstraction of shifting stimuli, “bridging the seemingly insurmountable gap between neurones and silicone”. According to the artist, the image is not in its final state and never will be. 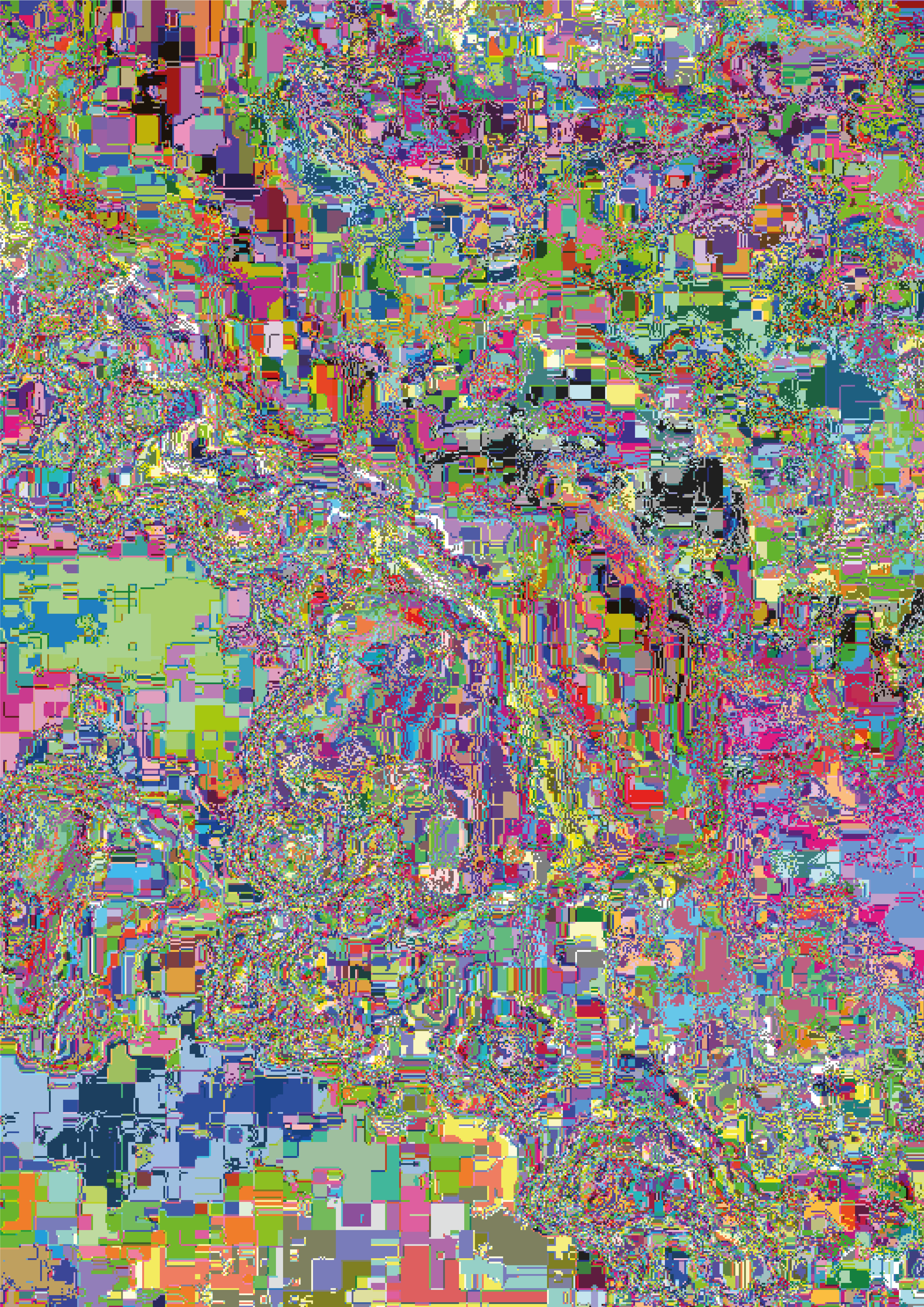 Associated with the Process of Dying in Pain, 2020