Death of the body and the death of the spirit: disparities between religion, culture and ethnic perceptions of marriage.

The bridal party proceeds down an aisle fashioned from city streets. Swept up in a tide of taxi-traffic and shouted remarks. Veiled in traditional white while hot tar burns underfoot. Balloons deflate in number, ever dwindling after each puncturing pop. Unlike the church bells, which do not ring. In the end, undergarment suspended, and bouquet broken. A celebration or ceremonial mourning? 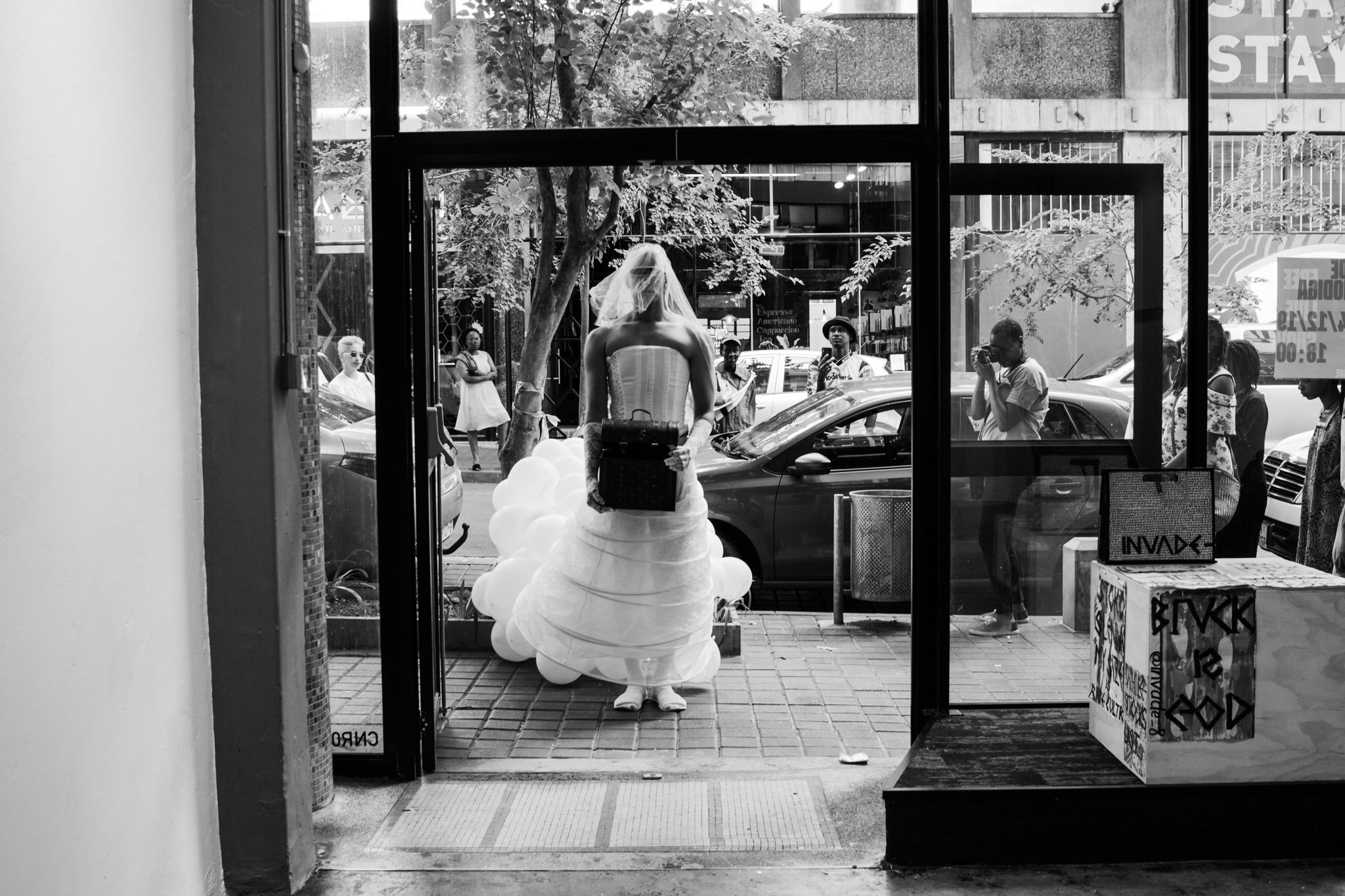 Artist, Kieron Jina, questions the notion of marriage and the inequality faced by same-sex unions across the world. The piece, Till death do us part, “is an exploration of my relationship towards the illusion of the institution of marriage as the intimate outsider.” Despite same-sex marriage being legalised in South Africa in 1997 following the establishment of the constitution, homophobic attacks still occur with disturbing regularity. Jina contemplates the practicalities of changing this utilising art as activism through ceremonial protest. The provocative and vulnerable work is, “in front of the ordinary bystander who may understand art tools and what is happening in the performance or may not”. 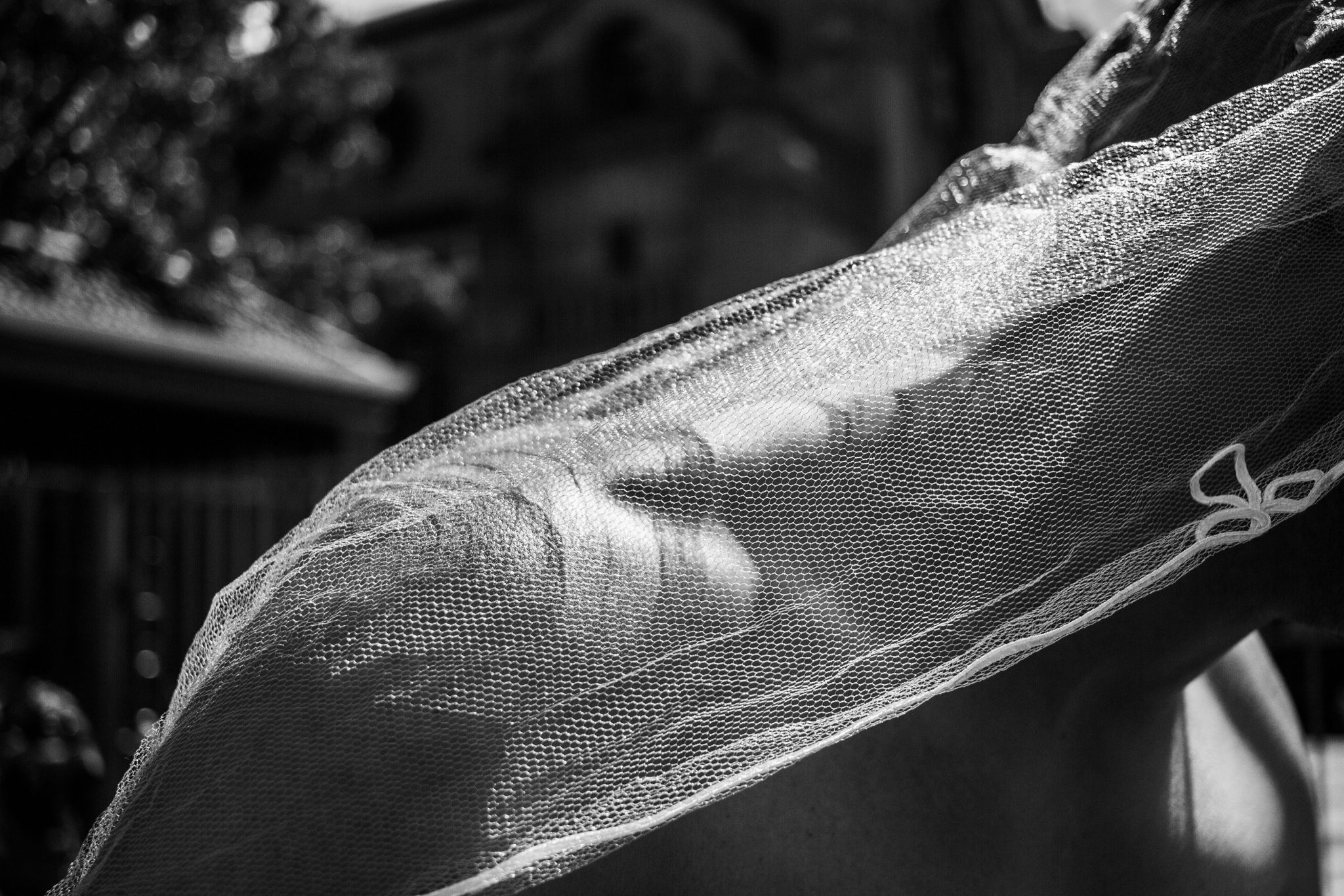 Performed late last year, the piece was commissioned by the Forge as it resonated with the philosophy of the recently established cultural centre. However, an initial iteration of the work was created a decade ago, also in Braamfontein. Jina’s vision is to develop this body of work even further over the next decade, at the end of which, the performance would have existed though various iteration for twenty years. “To sit with a body of work really nurtures the reason for doing it.” In future iterations, each dress will take on a colour of the LGBTQI+ flag and will be performed in different cities where same-sex marriage is forbidden. In the final edition, Jina will mark the end of the series in black, as a culmination and commemoration of mourning those who have come before. 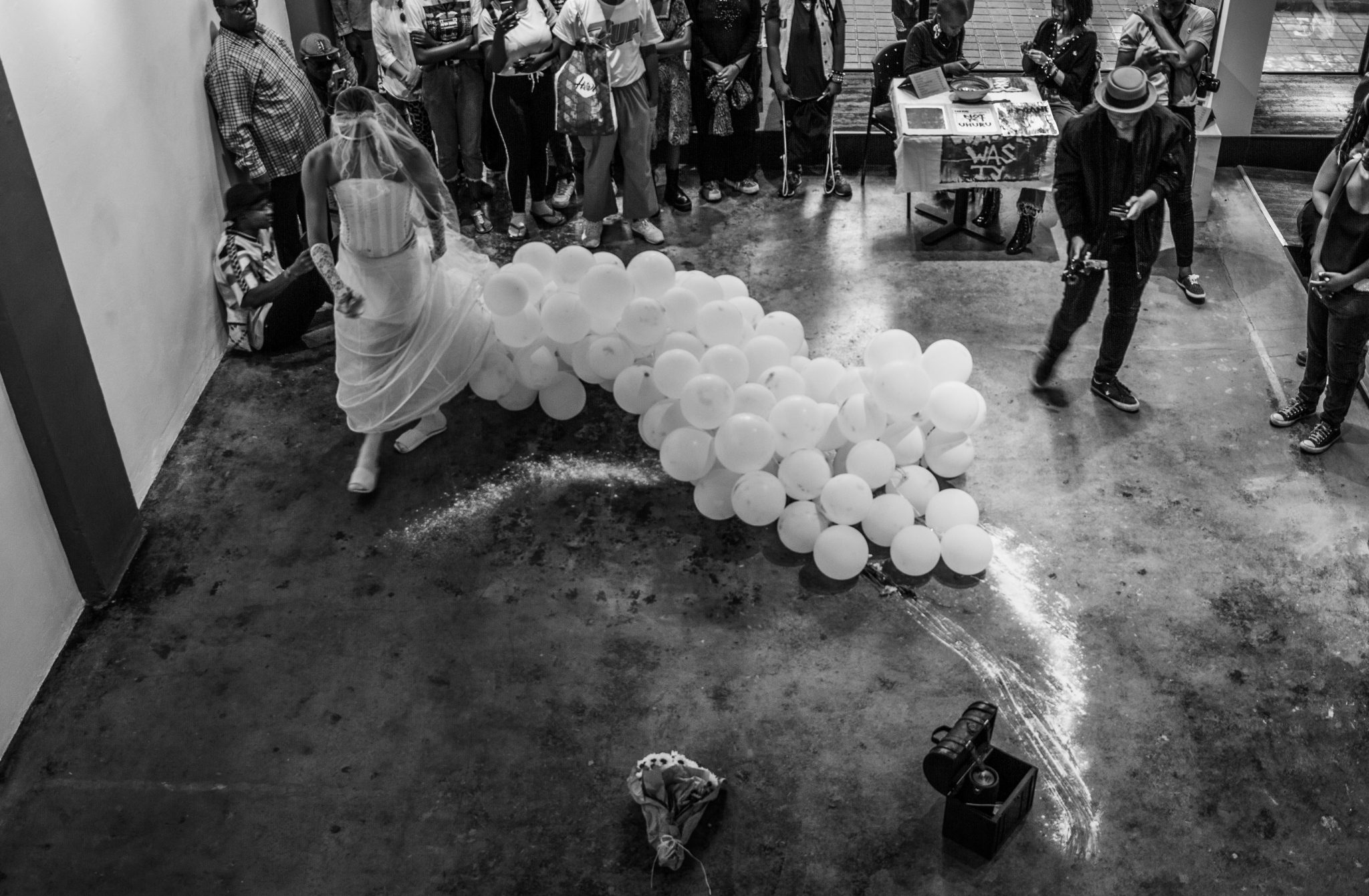 In thinking through the future for queer bodies over the coming decade, the artist hopes for more media representation and inclusive programmes. “As much as we’re pushing our aesthetics out, there needs to be a sense of creating communities. This is where we as queer bodies need to have the support structures to manifest better self-care – mental health and physical health.” Jina postulates that African art will have a part in reshaping a global narrative and argues that body-based practices can be used as a means to decolonise. “I constantly use this phrase, ‘my body is not an apology’ and really standing into those spaces and saying, ‘I am who I am, I’m not going to be shamed’. This is an important part for me about where we can move in the next ten years. The whole support structure will allow us to develop individually but also as a collective.” 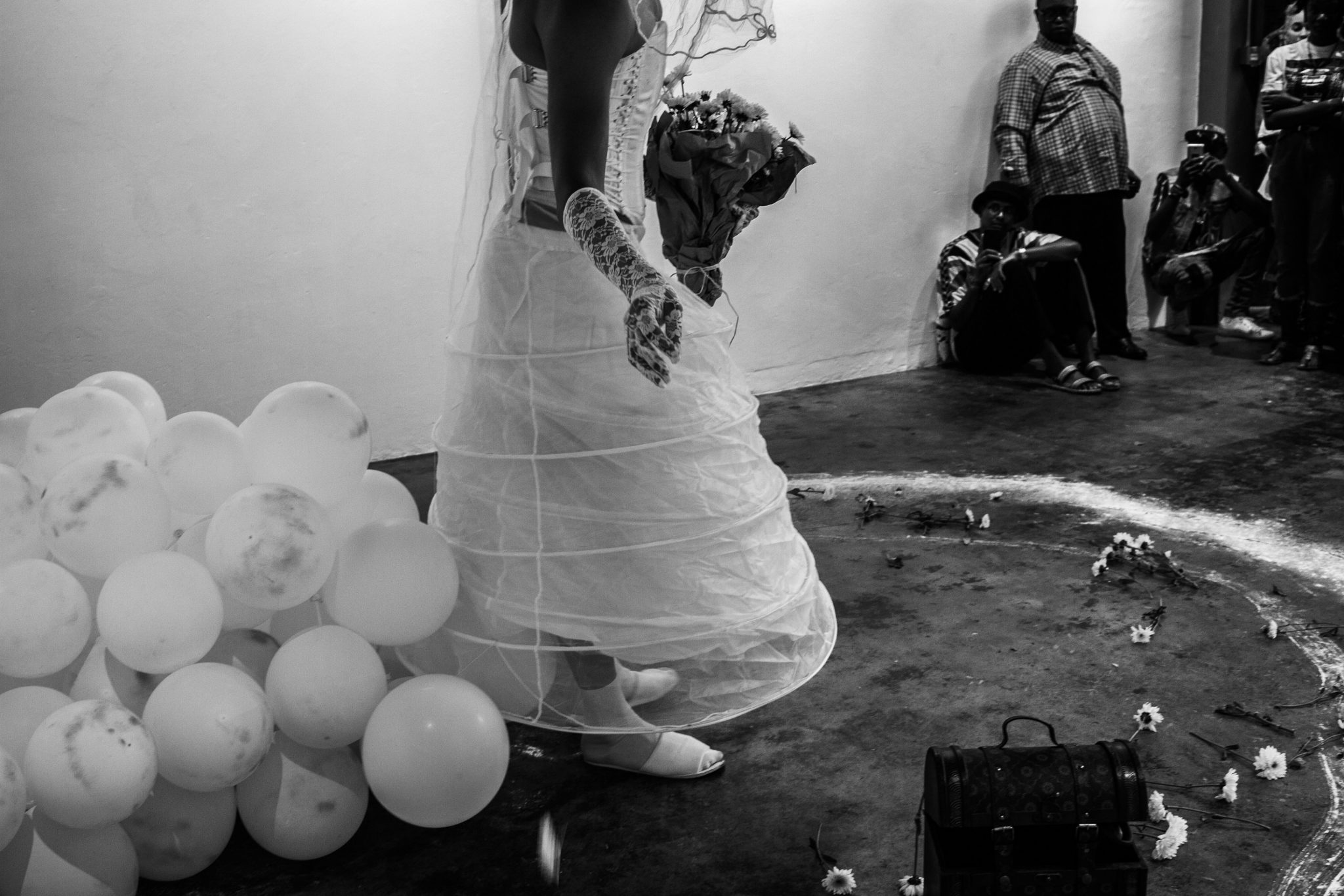