On the 4th of November, 2020 – while the world was reeling the economic, social and physical losses of the pandemic – issues were compounded for the people of Ethiopia. The Federal Council of Ministers declared State of Emergency in Tigray Region that has since lead to the injury, displacement and death of hundreds of people in the Northern most region of the country – Tigray. To make already terrible matters worse, in June of this year, it was estimated that over 350 000 people were living under famine conditions. And all for what?

The Tigray People’s Liberation Front (TPLF) – founded in the mid-70s – stood for the region’s minority group. The group was instrumental in the toppling of the then authoritarian regime (1991) and of the formation of a coalition government that instituted a federal system that allowed different ethnic groups to run each of the country’s 10 regions as a federation (1994). Under this system, Ethiopia became an [example] of economic and political stability within the horn of Africa as the country experienced great economic growth under its structure. 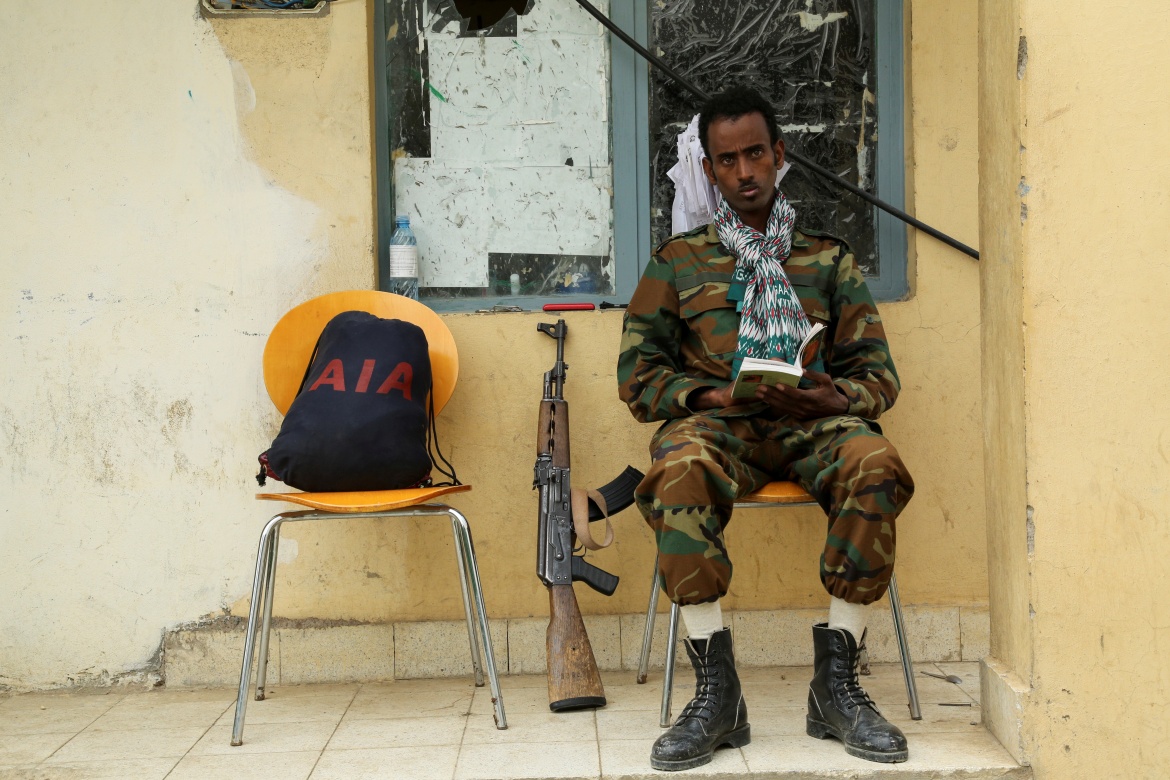 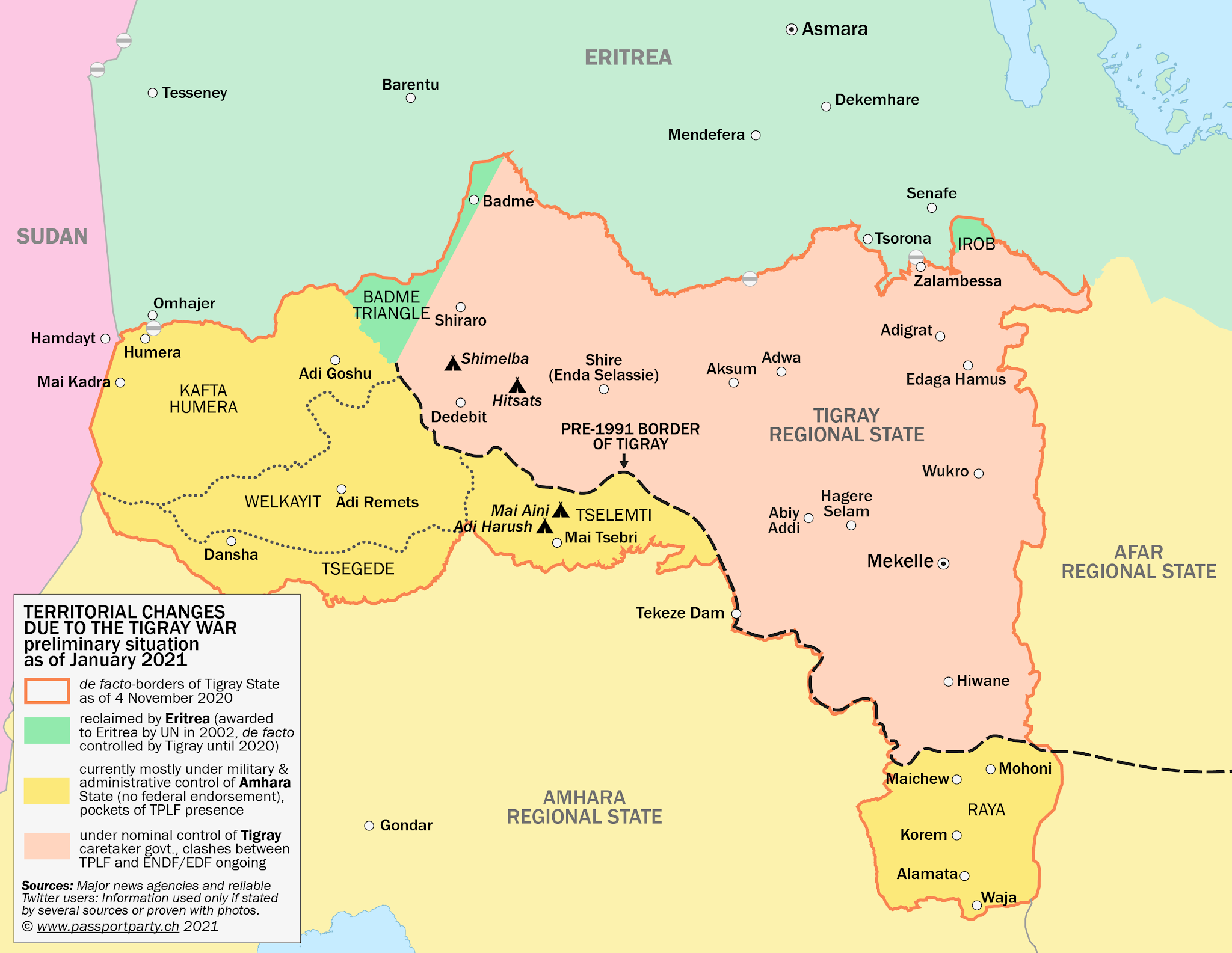 However, the federal government which was predominantly made up of Tigrayans, was criticised for human rights transgressions and the institution of allegedly draconian processes and measures like the repression of political opponents, the silencing of journalists and critics, and the torture of its perceived disparagers and enemies.

This is where the then 43 year old, newly appointed Prime Minister of Ethiopia, Abiy Ahmed, came in. After anti-government protests in 2016, Abiy Ahmed represented hope for a brighter, more liberal future. And for a while, he proved worthy of the praise he received from Ethiopians and the international community. He eased security regulations within the nations, released thousands of political prisoners, and even ended a 20 years long war/dispute between Eritrea and Ethiopia over the Tigrayan border, earning him a Nobel Peace Prize in 2019.

Along with all this, he removed several Tigrayan officials from the federal government, charging some of these officials with human rights abuses and corruption. Following these actions, he dissolved the coalition government and established a new party – the Prosperity Party – which the Tigrayans refused to join.

Some sceptics did worry that this was all an attempt to dissolve Ethiopia’s federal system and centralise power. Although, this is intention is still unclear, especially to me, what is clear is that this caused tensions between the Prosperity Party and TPLF to rise. 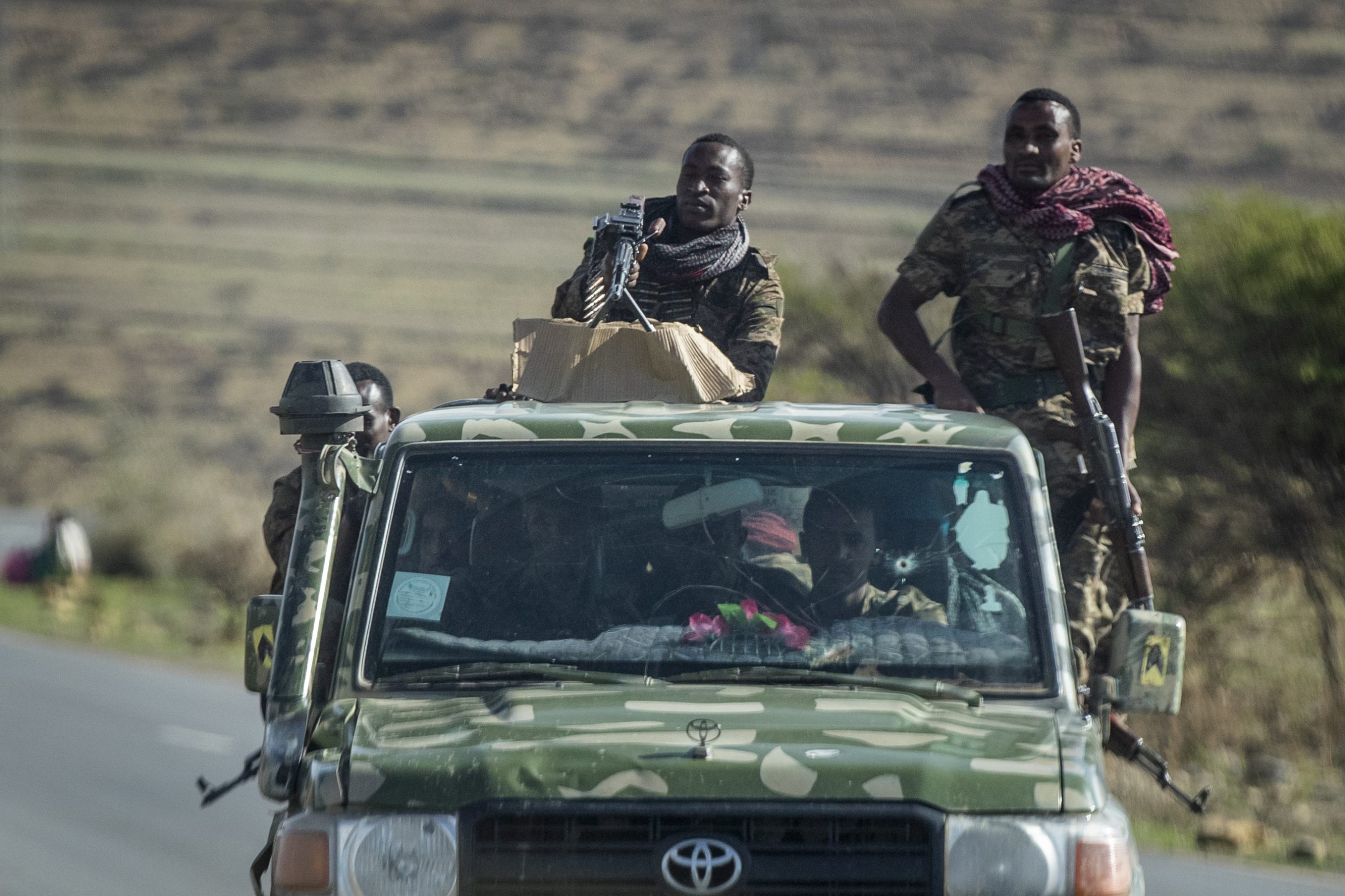 Ben Curtis, Ethiopian government soldiers ride in the back of a truck on a road near Agula, north of Mekele, in the Tigray region of northern Ethiopia. Ethiopia’s government said in a statement carried by state media, 2021.

Tensions between both these groups escalated into and all-out war in 2020, after the government of Ethiopia postponed regional elections – citing the pandemic as a concern – but the Tigrayan regional government, as controlled by the TPLF, ignored the request and proceeded with elections. In the weeks that followed, funding to the region was completely cut.

From here, the TPLF raided and attempted to steal military weapons from a federal military base, claiming that this was done in preparation for upcoming conflict – as signalled by the positioning of federal forces in Tigray’s surrounding regions.

This lead the Prime Minister to declare a military offensive, only a few hours after the raid. The Prime Minister’s doubled down on this in a dangerously familiar manner, a manner in which infant dictators – before they fully set into the role of prison warden to a nation of innocents – tend to. Abiy Ahmed cut off the internet, arrested journalists and detained thousands of critics and protestors. His security forces are also reported to have murdered hundreds of people. However, reports on the actual numbers are unclear due to the internet and general shut down of communication with Ethiopia and between the nation and the international community. 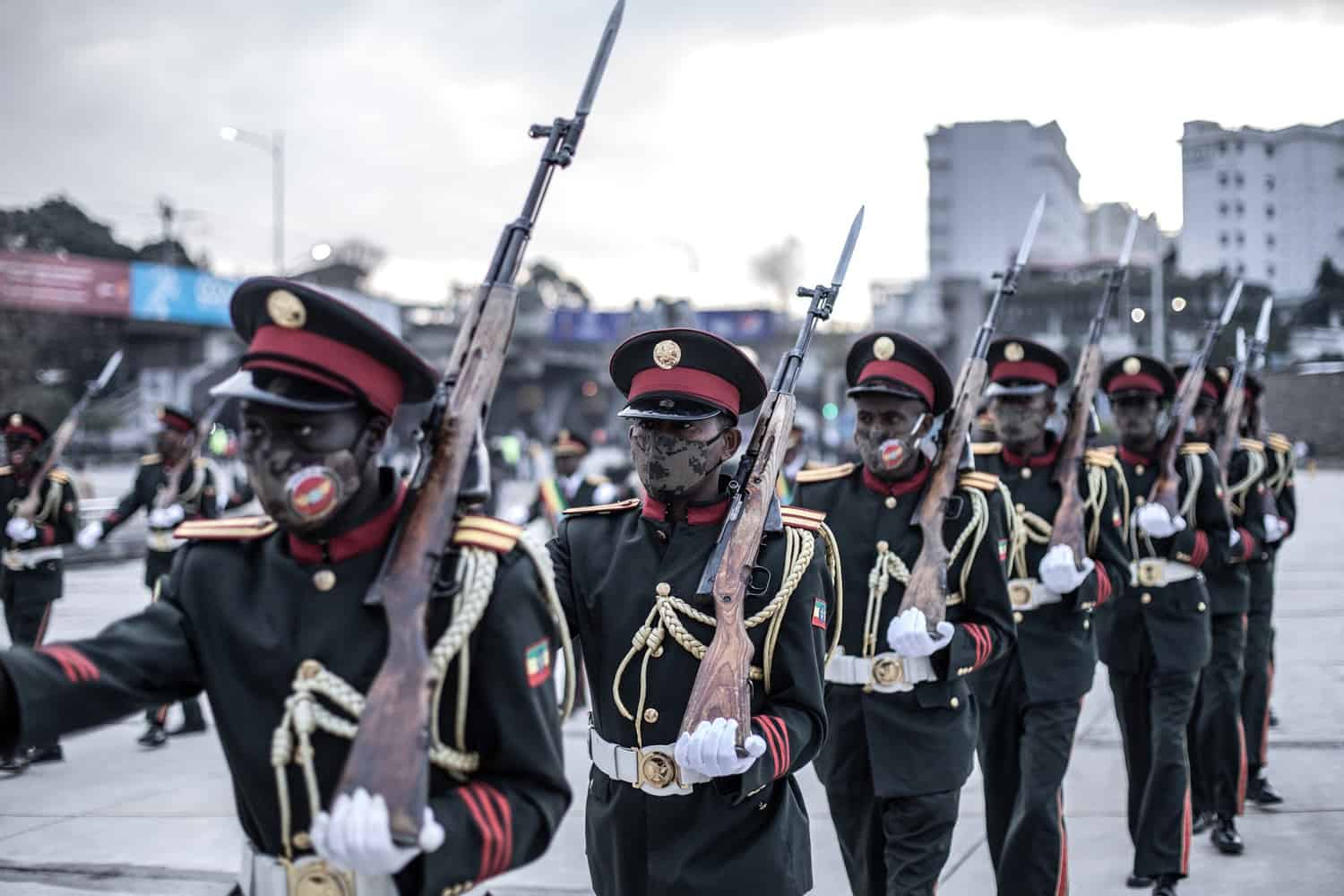 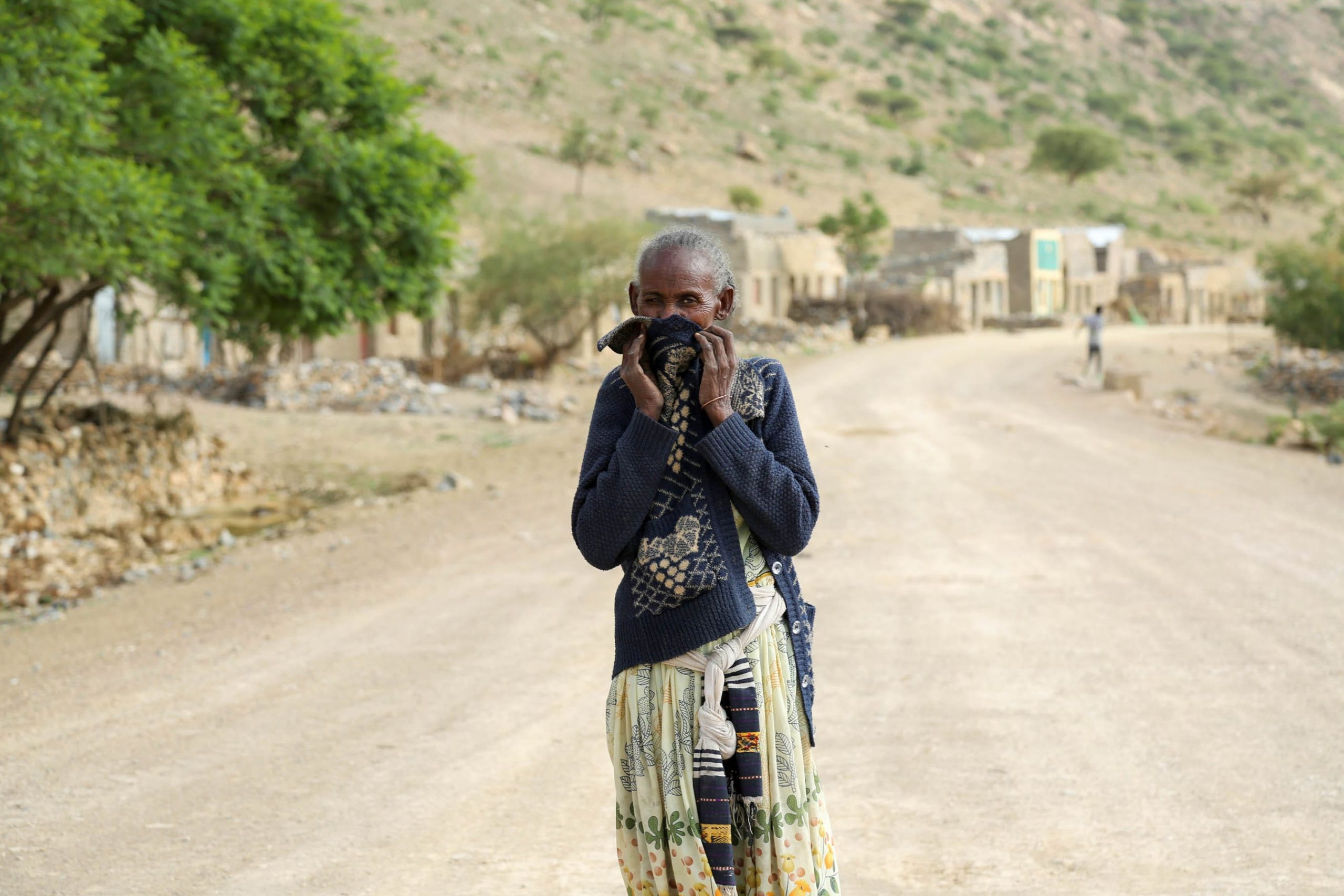 As things continued to worsen, the prime minister partnered up Eritrea, who flooded the Tigrayan border with armed forces. Federal forces then seized the capital of Tigray, driving the TPLF into the rural areas of the region.

However, the TPLF soon returned took the capital of Tigray back, and are now leading rebel forces to the capital city of Addis Ababa – and in October, seized two key towns along the main highway to Addis Ababa.

Amid all this, children have been dying of starvation, soldiers are looting food aid and restricting aid workers from accessing some of the most hardest hit communities and many Ethiopians are fleeing into neighbouring Sudan, fearing for their safety and livelihoods.

Moreover, as a stronghold within the horn of Africa, Ethiopia has provided peacekeeping forces to neighbouring Somalia, but some of these numbers have had to withdraw to accommodate the needs of the citizens of Ethiopia. 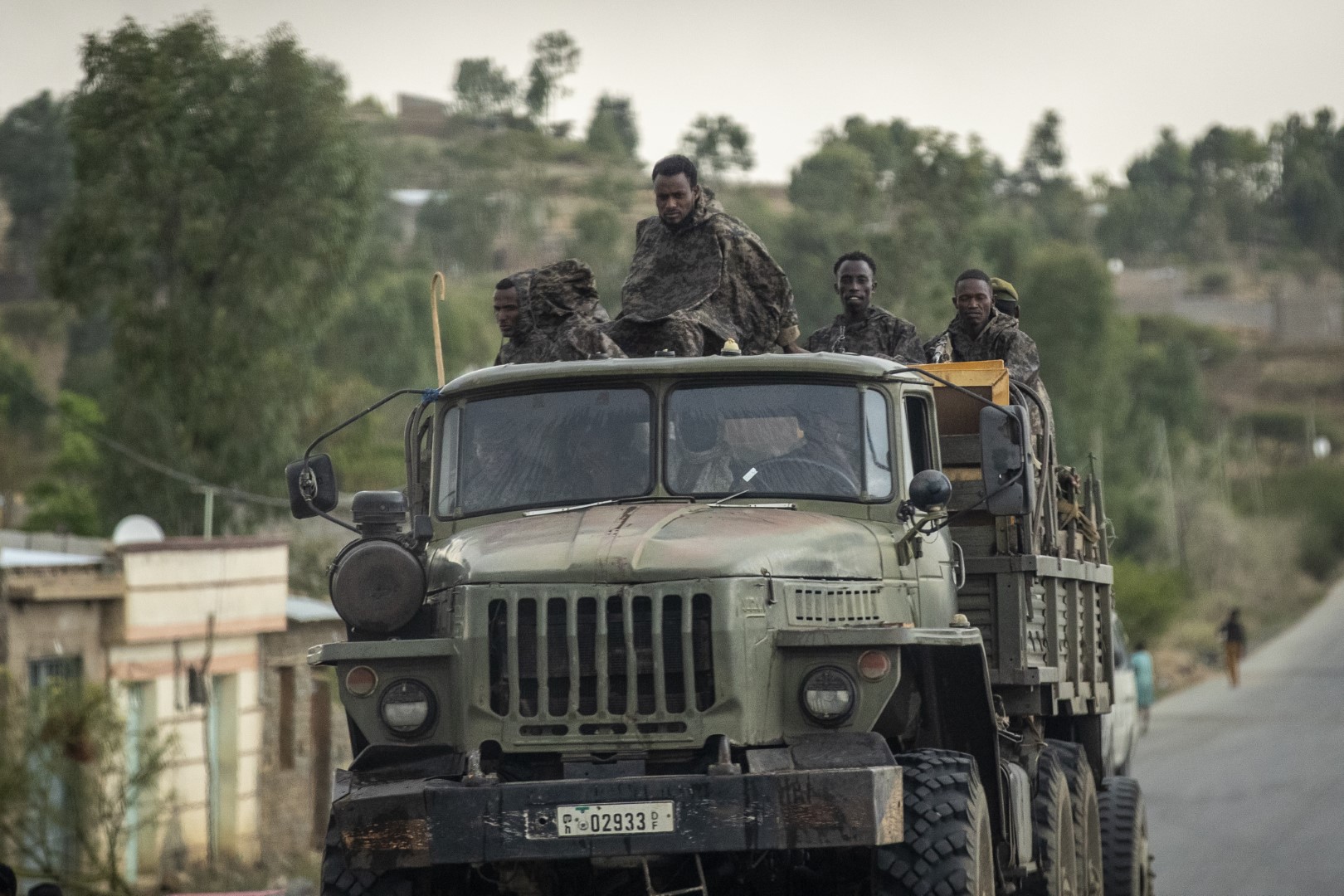 Ben Curtis, Ethiopian government soldiers ride in the back of a truck on a road leading to Abi Adi, in the Tigray region of northern Ethiopia, 2021.

And even as Ethiopians continue to bare the brunt of a war that they did not start, Abiy Ahmed called on Ethiopian citizen to take up arms and fight. Even sharing, a since removed post, that stated that Ethiopians needed to “organise and march through [any] legal manner with every weapon and power… to prevent, reverse and bury the terrorist TPLF”

From where I sit, both sides to this fight have committed acts that have led to violent atrocities – including the looting of refugee camps, sexual violence, massacres, ethnic violence and extrajudicial assault and murder.

As we reach the first anniversary of this incredibly painful yet ongoing event, my heart pleads with itself asking why the people of Ethiopia have to pay the price for a conflict between the government of Ethiopia, under Abiy Ahmed, and the TPLF. And all that comes to mind – thinking about how a group of people that led to stability of their nation from the 70s and a Nobel Peace Prize holder could cause this pain – is a quote by John Dalberg-Acton:

I wish I had a solution or some sort of resolution to share about this but unfortunately, just two days ago, the government declared another state of emergency. If you can and would like to help Tigray, click here. 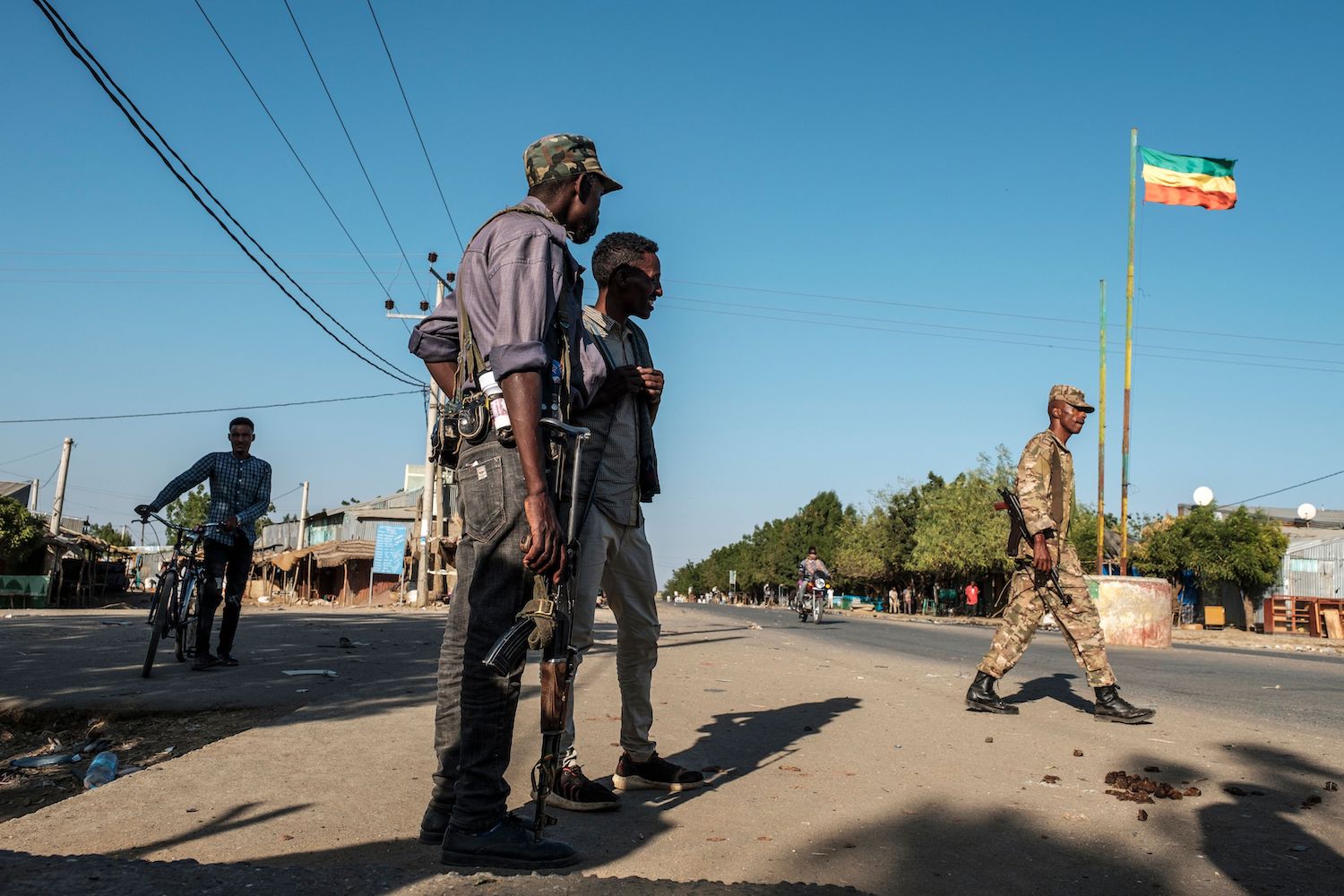 Eduardo Soteras, Members of the Amhara militia stand in a street while a soldier walks by anImperial Ethiopian flag, in Mai Kadra, Ethiopia, 2020. 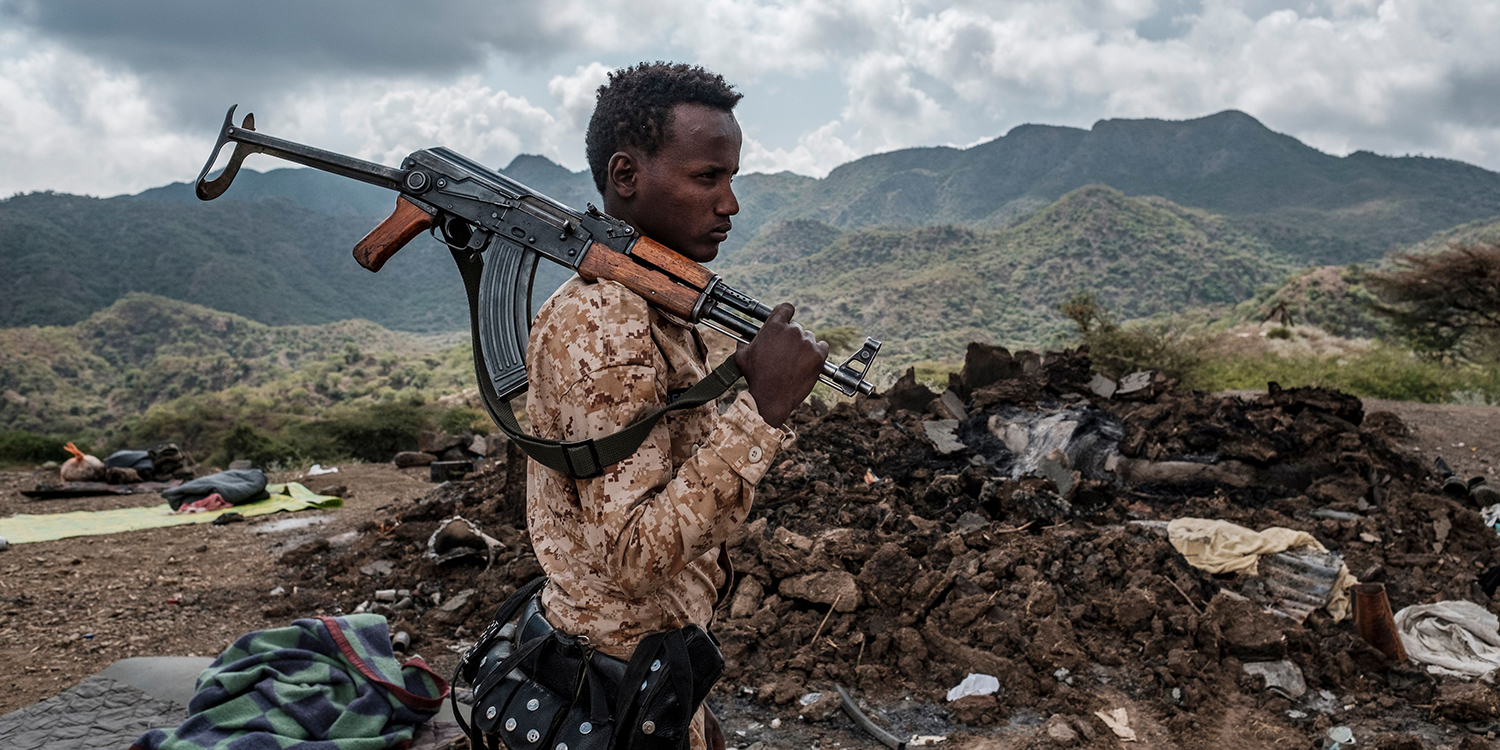 Eduardo Soteras, A member of the Afar Special Forces stands in front of the debris of a house on the outskirts of the village of Bisober, Tigray Region, Ethiopia, 2020. 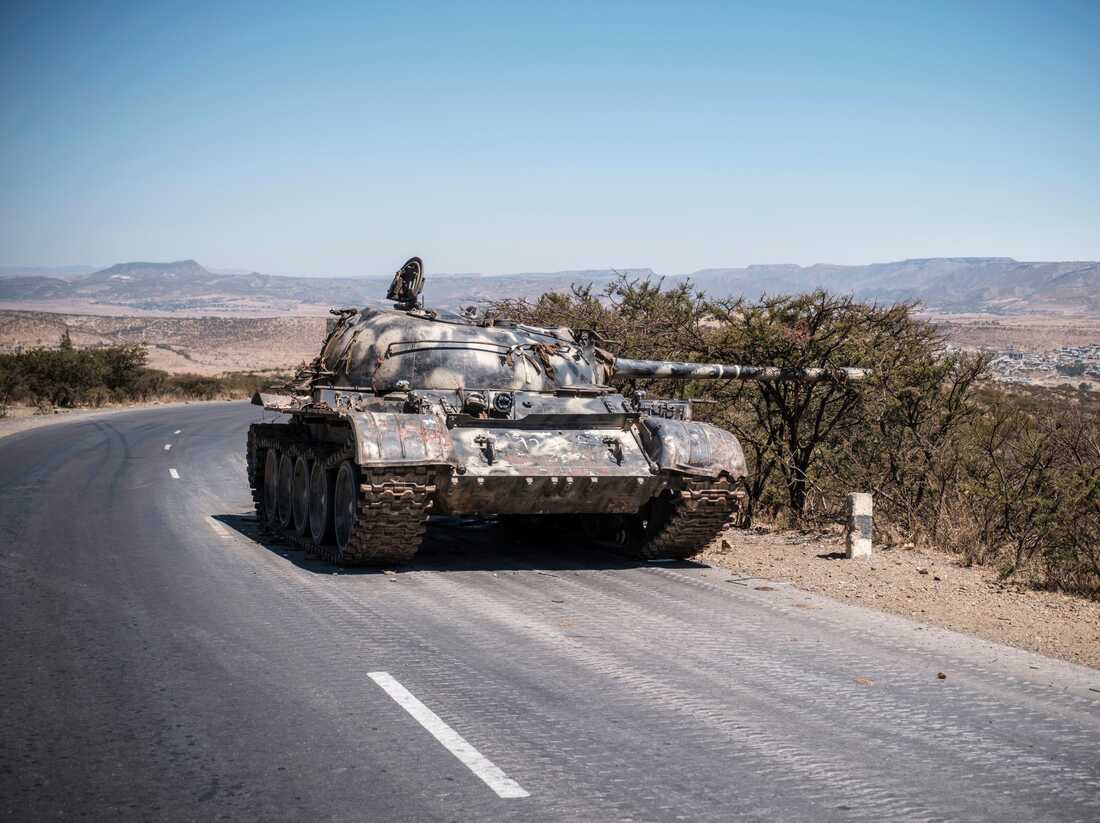 Eduardo Soteras, A damaged tank stands on a road north of Mekele, the capital of Tigray, 2021.

From the river to the sea, Palestine will be free