The end of 2020 saw the release of Masande Ntshanga’s third book; Native Life in the Third Millennium. Ntshanga is best known for his 2014 debut novel, The Reactive, for which he won the prestigious Betty Trask Award. The book was followed by his novel Triangulum (2019) in which science fiction merges with philosophy and history through the story of a schoolgirl maths prodigy haunted by the loss of her mother. Sometimes classified as urban fiction, science fiction, political fiction and ‘coming of age’ stories, Ntshanga’s work is difficult to contain and is often a dance of binaries inching us closer towards the frigid and boundless voids of the human condition. In Native Life in the Third Millennium, a poet, a philosopher and a programmer wrestle with systemic oppression and themselves.

Below is a conversation with Ntshanga, where we spoke about Sol T. Plaatje, memory as a raw material from which narratives are made, literature’s potential as an instrument of agitation and much more. 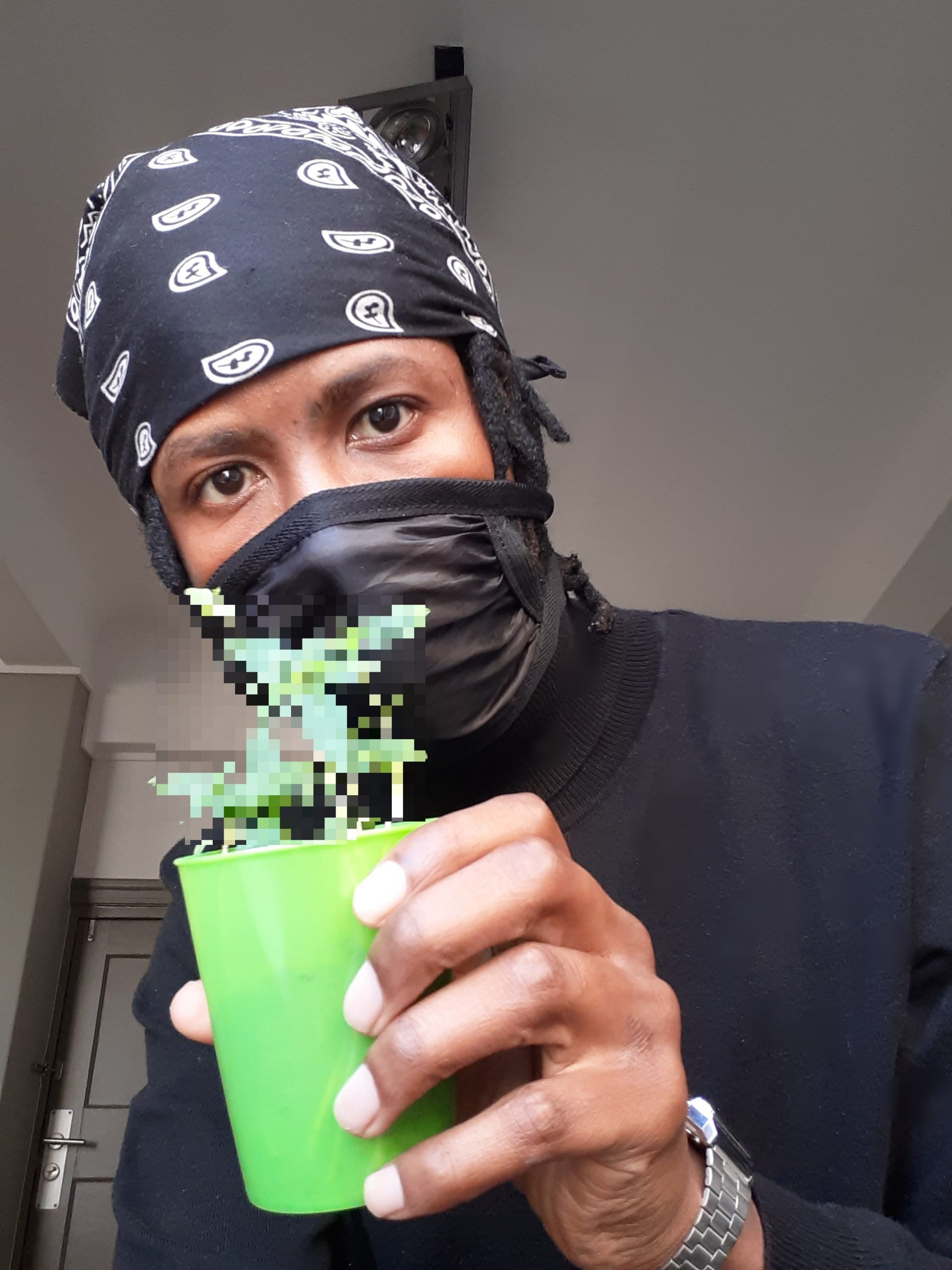 Perhaps the place to start is with the title? Particularly the use of ‘native’ as a reclaimed and subversive label. My encounter with the word ‘native’ has always been marred by the context of its use during apartheid —Natives Land Act (1913), Native Urban Areas Act (1923) etc. Can you tell me about this title?

I like that you used marred. Most of us have the same associations. The blemishes carried in the term can’t be scrubbed. The title is from a line in the poem at the beginning of the book. Even though the text is set in the 20th and the 21st century – with a reflection on the 24th – it meditates on them as forming part of a single historical period that began at the moment of colonial contact. For these purposes, the word native suggests a continuity of experience that spans across centuries – from the term’s first use in Southern Africa to the third millennium. The title is also a tribute to Sol T. Plaatje and his 1916 book about the Natives Land Act, Native Life in South Africa, which expanded what I understood about literature’s potential as an instrument of agitation.

Poetry and Prose – I’m interested to know what each of these modes offers you in telling the story of the native in the third millennium. What did the combined use offer you as opposed to if this was purely a book of poems or just prose?

The choice was intuitive, at first, but after I sat down to edit the book, I began to learn more about how it was working. That it was a conversation between the characters – the poet, the philosopher and the programmer – and, as such, each section had formed itself around the demands of each character’s voice. In attempting to get as close as I could to how each narrator experienced the world, I’d allowed them to influence the genre I chose for them. This is also the reason the book is divided into three movements. Even though each section sounds distinct from the next, the voices all form part of a single song.

There’s a way in which you are able to give readers access to a protagonist’s inner thoughts without it seeming too “gazy’ or intrusive. Can you tell us a little bit about your writing process? 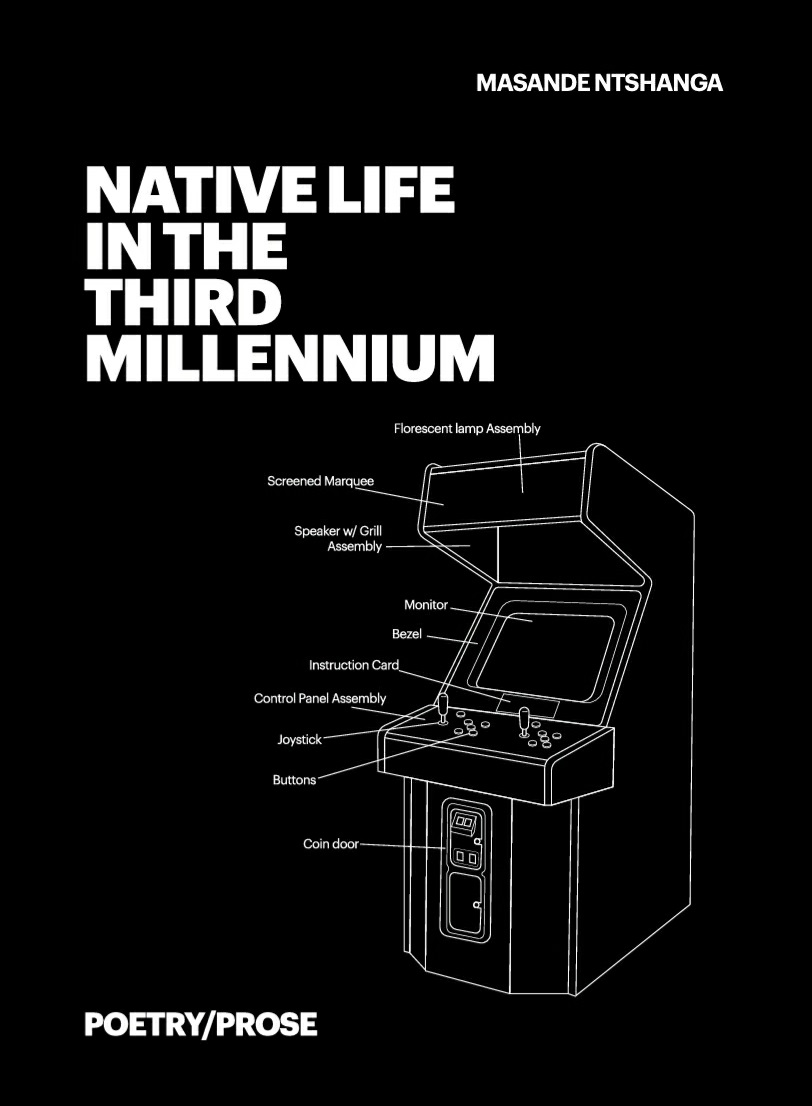 Thank you. I think, because I favour ideas that lean on intuition and, as a result, can be difficult to translate, I view working on language as an attempt to ensure there’s a clear channel for those ideas to be delivered through. To this end, I spend a lot of time editing. For example, each word in the book’s first section, the poet’s movement, is laboured over and weighed for metre – each sentence from the philosopher and the programmer is tested for its faithfulness to its character and premise. It sounds tedious, but it’s incentivised in the process because it results in better writing, and better writing is truer writing, which minimises the problems you mentioned, and I’m invested in that.

You write; ‘i remember remembering to remember’. Can you speak to me about memory? The difficult and necessary work of memory and remembering?

I view memory as a distillation of experience and, as such, the raw material with which we narrativise ourselves and constitute and consolidate our identities. Nabokov has this idea that the cosmos is smaller than human consciousness – than a single individual recollection – and I’m interested in that form of remembering and its intersection with intuition and imagination as an artistic source.

You write; ‘in order to survive, we had to deceive them about being content inside their confines’. There is a lingering sense that in order to survive we have to deceive ourselves about being content inside confines. There is both agency and a sense of hopelessness in this. I’m interested in what myths you feel you have to tell yourself to keep pursuing the difficult task of writing.

Fortunately, I no longer need to talk myself into writing and I’m grateful for that. I feel fortunate to have it available to me as an avenue, now, through which to process memory, intuition, imagination, play and inquiry into artistic artefacts that I can share with others.

Re-evaluating the assumptions, narratives and structures that determine what reality itself is constituted of in a colonial [or postcolonial] order. During this re-evaluation, hegemonic authority – such as how modernity organises the world and constitutes reality – is dismounted and challenged by local knowledges, intuitions, subjectivities and narratives. In the third part of the book, for the characters, decolonial thought means humankind’s departure from all hierarchical models of civilisation. I believe in that too. 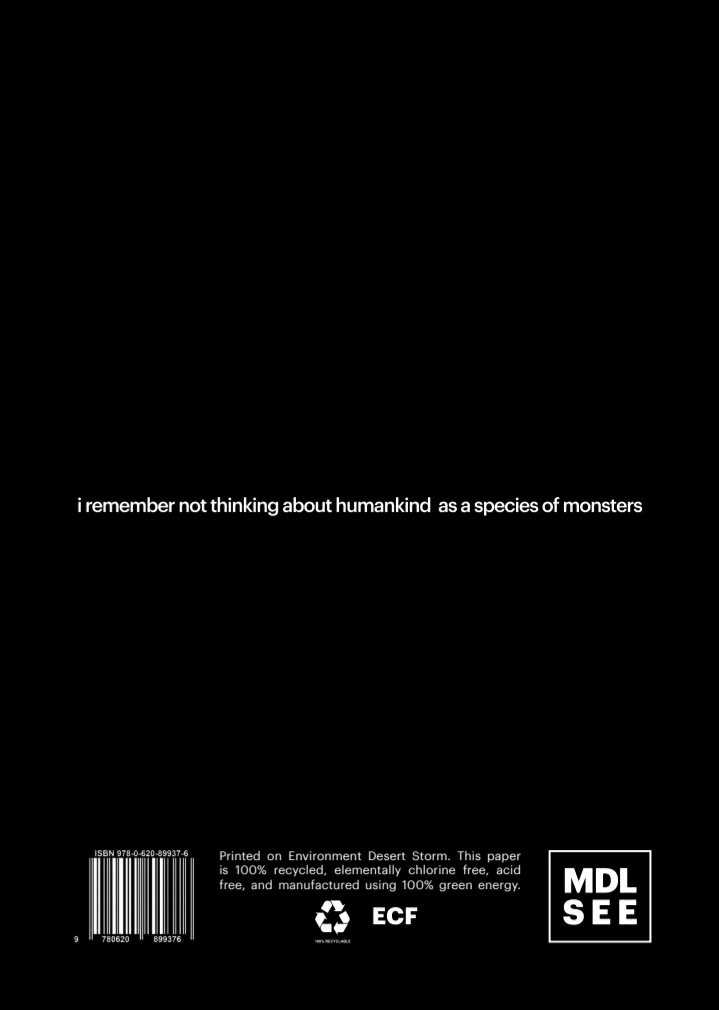 Talk to me about these four ideas – which we find in the third part of the book — Individual happiness, communal happiness, freedom and knowledge.

I think individual happiness is good, that communal happiness is better, that freedom is possible, and that knowledge is important. In the book, the programmer identifies each of these as different pulls, often in opposition, whose prioritisation by a population results in the kind of society that population inhabits. It’s an idea I’m interested in exploring. How we want to live versus how we don’t want to live and what influences that.

I really love this idea of a game that is in service of what you call the ‘Quiet Earth Philosophy’ towards a more human(e) existence and that ubuntu is at the core of this process. I only recently learnt about Mogobe Ramose’s philosophy of ubuntu. Can you talk to me about how you think through ubuntu and what its unfolding (refolding) might look like in the future?

In the book, the programmer’s friend, the engineer, makes a connection between digital interconnectivity, through a multiverse of simulated human consciousnesses, and philosophical interconnectivity, through ubuntu. It’s his way of conceptualising a potential transhuman future that eschews all hierarchy, is founded on egalitarian principles and prioritises the being of all beings. For me, ubuntu is an effective means through which to approach decolonial thought and to dream and reason in the same manner that this character does. To think through alternatives to the colonial order. Like the character, I also believe ubuntu is a precolonial tool that might intervene on behalf of humankind in the future.

Poetry + the Planet with Wilson Oryema