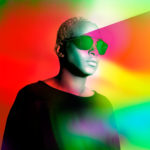 With his debut album ‘Your Princess is in another Castle’, Johannesburg based artists Loui Lvndn presents a body of work with a clear concept and narrative. On the album the singer, songwriter, rapper, performing artist, visual artist and writer uses the video game character Mario and his repetitive quest to rescue his princess as a metaphor for the search of happiness. “Our character is failing to find this princess and the princess is anything, it’s love, your aspirations, the best version of yourself, success. All of those things,“ notes Loui Lvndn.

Told in a linear fashion, the album follows the exploits of the main character from a cold-hearted, ego driven place to meeting a girl and bringing her into his life, while slowly falling in love with her, before being overcome with jealousy and insecurity, before losing the her in the lifestyle through which they met and ultimately becoming the person he was before they met again. “With the album I resolved to ending the story with two endings. In one ending the repetitive nature of it seizes once the main character Loui achieves this happiness. He finds it in one. And the other ending is recurring. It’s sometimes about the journey. You revel in the moment and the experience of it all. Sometimes you actually do find it. Which is not to say you lose it and you search again. So I added both endings because there is a duality,“ muses Loui Lvndn.

The album also sees Loui Lvndn in full control of all aspects, from the art direction, to the narrative and the composition. “This is the first time I got full control over what these melodies were doing. What these compositions were like. So I created everything from scratch. For the first time I think this entire body of work is exactly what I sound like today.“ To add the final touches to the album he worked with London-born, Knysna-based producer Jumping Back Slash. “He helped finesse and refine all of the sounds, make them listenable. But he did a super job because he tuned into the wavelength that I was on and actually even took it a step further.“

Despite presenting dual outcomes to the narrative on the album Loui Lvndn believes that the search for one’s metaphorical princess is continuous. According to Loui, “success will always take a step forward as I take a step forward. So I don’t personally think I’ll ever find it. No matter how successful I am. I can have success and still be looking for it and I can have love and still be looking for it. It just seems like that sort of play.”

Banele Khoza – The Painter of Love