When I opened the link for Swiss electronic composer Aïsha Devi‘s ‘Mazdâ‘, I had no idea that I was about to be yanked out of space and time. The song stretches her vocals to breaking point over deep, stabbing synths. This alluring music scores images of a lysergic dance of uncanny bodies, Buddhist icons and lush vegetation shrouded in smoke, taking place in what looks like a decadent ceremonial chamber. I felt completely disoriented- was this heaven or hell, from the forbidden past or some savage future? It was both enticing and sinister, and hard to tell if this was an amazing piece of performance art or the final orgiastic blowout of a doomsday cult. 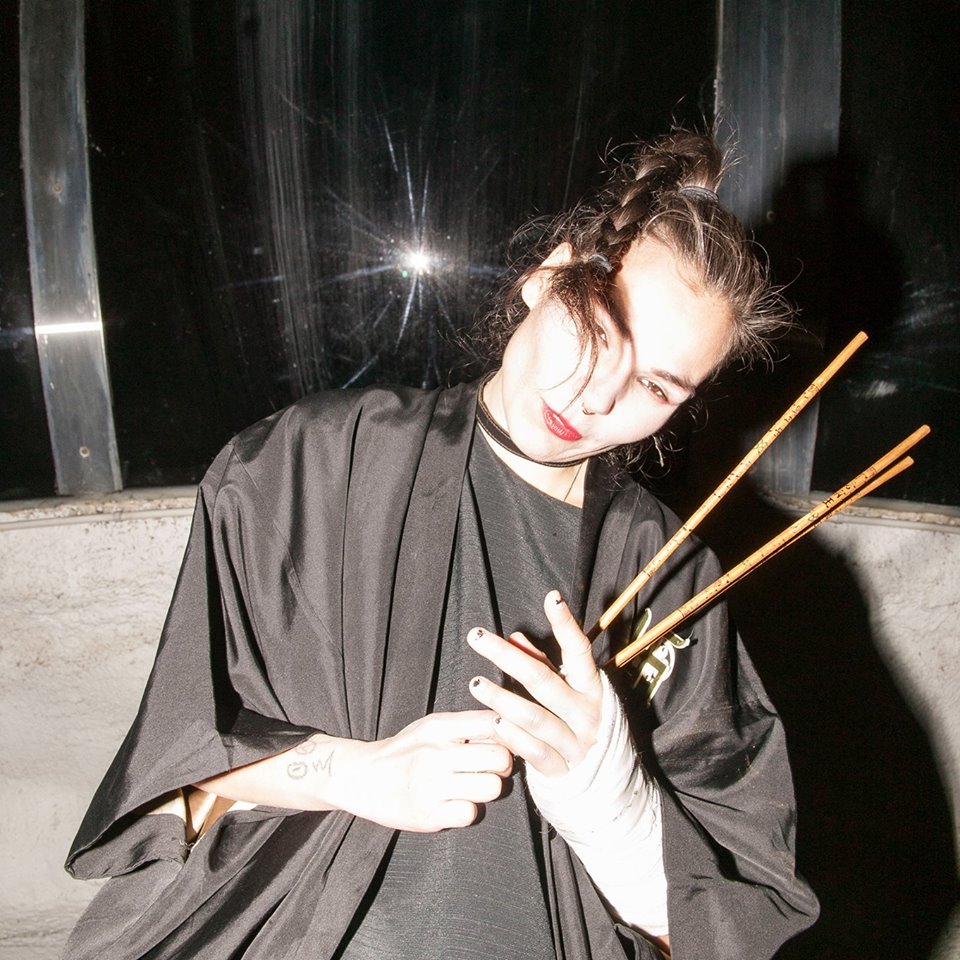 Recovered from this synaptic assault, I discovered that the video accompanied her 2015 album Of Matter and Spirit, with the visuals being provided by the transgressive Chinese artist Tianzhuo Chen. The ritualistic intensity displayed in the video was not merely an impressive spectacle, but central to her artistic project. She uses her powerful vocal range, veering from the angelic to the guttural, and bone crunching beats to summon collective spiritual experiences. As the title of Devi’s latest track ‘Inner State of Alchemy‘, from the forthcoming DNA Feelings (available in May 2018) suggests, she is looking for nothing less than the hidden gold of the human spirit.

Born in the Alps, and with Nepalese and Tibetan roots, Aïsha Devi’s current work was inspired by a deep period of personal questing, with her immersion in meditation and ancient knowledge culminating in a transformative experience in the Tunisian desert. Alongside her solo production, Devi is also one of the founders of the Danse Noire label.

Her upcoming release is sure to put her at the forefront of artists exploring a post-club space, where electronic music becomes a key to unlock what her new album calls the Hyperlands of human consciousness.