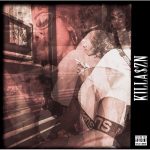 What do you expect from a rapper named Yung Killa? Probably raps about gats, stacking racks, stunting on the haters, smoking on weed, and sipping on Dom? Guess what, you’d be right. How perceptive of you. That’s not to say everything about Yung Killa’s KILLA$ZN is what it says on the box though.

I mean, you are 100% gonna hear all the rap tropes you’ve heard before, but KILLA$ZN has an old school feel with new school weirdness, and Yung Killa brings a laid back yet menacing attitude to some uniquely wavy beats that keep things fresh. At this point, nobody is reinventing the wheel when it comes to rap, but it’s still fun to see how each new rapper approaches the genre and it’s tropes.

Yung Killa kinda reminds me of Angel Haze meets Dope Saint Jude – Angel for cadence, Dope Saint Jude for flow but a bit slower. The adolescent murderer has a lazy flow for the most part that suits the more experimental beats and gives both space to shine. She might not be able to go one on one with Tech9 but she knows how to make her shit sound dope all the same.

There are a few stand out tracks on the release. ‘Hol’ Up’, which is the 2nd track, is fully the kind of song you lean your seat back in your Toyota Yaris and wind the window down as you roll through the suburbs. I’m assuming most of you aren’t that thug that you’d roll your windows down in town, but ‘Hol’ Up’ is the kind of track that makes you feel like you could and nobody would fuck with you. ‘Stunnin’ sounds like it’s made using church bells and is all about looking stunning in leather. It’s the perfect anthem for getting dressed before the jol. That’s followed by ‘Studio’, which references the infamous “don’t touch me on my studio” moment and I like to think it’s the soundtrack to walking in the club to. ‘Wo’ is my favourite track, though I’m not sure who the dude rapping on the track is but I enjoy the juxtaposition between him and Yung Killa and I’ve the hook of “Pull up on ‘em like ‘do do do’” has been stuck in my head since the first time I heard it.

If you enjoy rap music about all the things rap music has come to be known for but you’re tired of hearing it done the same way, then give KILLA$ZN a listen for something that’s both familiar and different.

Koooooos’ Debut Photographic Exhibition brings out the Real in Surreal