For all intents and purposes, the South African photography landscape can often come across as rather stale — with the almost overly sharp, clean-cut and airbrushed “international” editorial look akin to that of an Elle magazine — continuing to flood our social media timelines. One could argue that it simply comes down to creatives playing the algorithm to attract as many eyes in the direction of their work as possible. That being said, however, from a subjective standpoint I couldn’t be any less interested in seeing another shoot with what could be one of many nondescript blondes at Bakoven Beach. Enter Kendra Sinovich, a young photographer based in Cape Town whose work distorts and twists reality — if only for a second — to create visually engrossing images overflowing with character. Although Sinovich isn’t formally trained, her images perfectly illustrate why I sometimes prefer the work of self-taught photographers. I think there’s simply more room for them to experiment freely as they are less bogged down by the theory and technicalities behind what creates a “good” image. It’s here where Sinovich shines brightest, playing and toying with elements in her carefully crafted compositions, to create images that might go against conventions but capture the eye nonetheless. 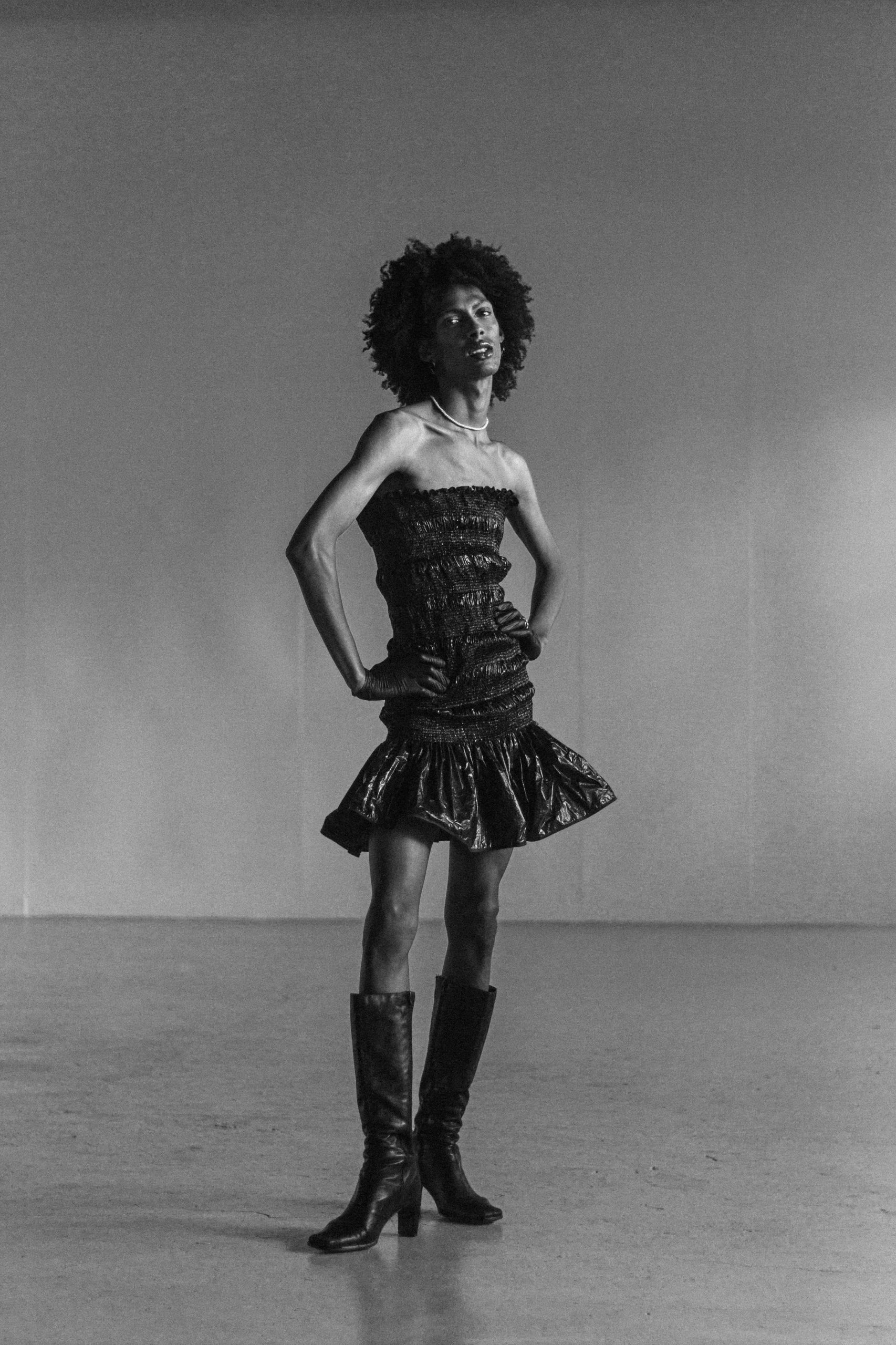 A compositional element Sinovich is a master at toying with is scale. Whether it be in the way she uses foreground or background elements to frame her subject, or through the use of wider lenses to distort and accentuate specific features of her subjects or scene. Sinovich points to her background in architecture for her acute attention towards the small details of photography, sharing:

Studying architecture was an incredible experience. It really changes the way you see the world, and I think it’s a huge influence on the way I photograph as a whole, rather than just [being an influence on] my composition. With reference to composition specifically though, I think my background in architecture has given me a good grasp of scale. Our eyes are very sensitive to scale, and because of that, scale can evoke a lot of different emotions depending on our relative scale to our environment. Composition is a great tool to manipulate in photography because it allows us to distort reality for a moment in time. 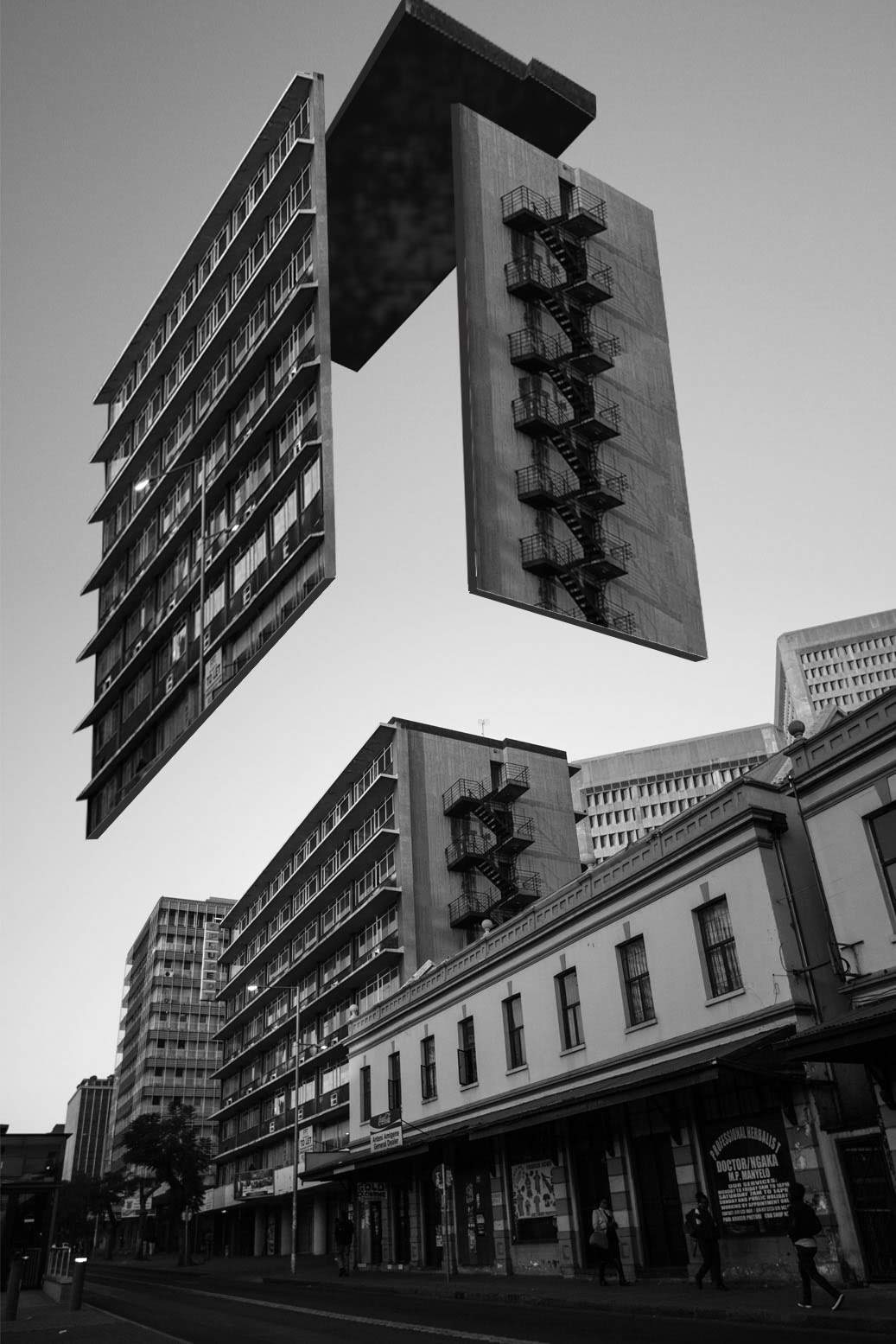 Although Kendra’s excellent compositional work can be seen as the foundational reason her images are so eye-catching, one can’t look past her skills where post-production comes into play — adding immensely to her work. However, let it be clear that Sinovich’s work doesn’t rely on her post-production edits to carry it. I think Kendra’s work is compositionally interesting as can be seen from the BTS images for the Africa Is Now editorial; post is merely an element that works in addition to already visually interesting material.

Everyone has such different opinions on post-production, and I don’t think anybody is incorrect, it’s really just about what feels right to you. Personally, I don’t think you should ever rely on post-production when shooting but post-production does play a huge role in my visual language. Going back to what I mentioned above, I really love the idea of being able to distort reality for a moment. The possibilities are endless when it comes to post, however, that process and exploration allows me to create fantasy-like moments. My hope is that my work can be a visual pathway to the way I interpret the world. Her aptitude in creating these dreamlike and surreal scenes is apparent throughout her work. Landscapes and portraits alike, whether it be distorting buildings by chopping them up and rearranging them or making portraits seem withered, as if they’d been torn up and glued back together. I specifically want to point to the post-production choices on her project Chemical X. The project is filled with saturated, vibrant colours that, in truth, would look tacky if applied to a different project, however, work perfectly given the theme and subject matter Kendra’s particular project deals with. It’s loud, vibrant beyond belief but all the better for it. One would think that the photo lab fucked up the development process of a roll of film — somehow accidentally adding something they shouldn’t have and creating in the process something unintended — much like Professor Utonium accidentally adding, well, Chemical X to his creation of The Powerpuff Girls. Although one could argue that Kendra is still in the process of crystallizing her visual language, I actually think this benefits her in some ways. There’s still room and scope to develop a more experimental visual language, away from the drab, warm, clean photos permeating the social media feeds of SA’s hypegeist. 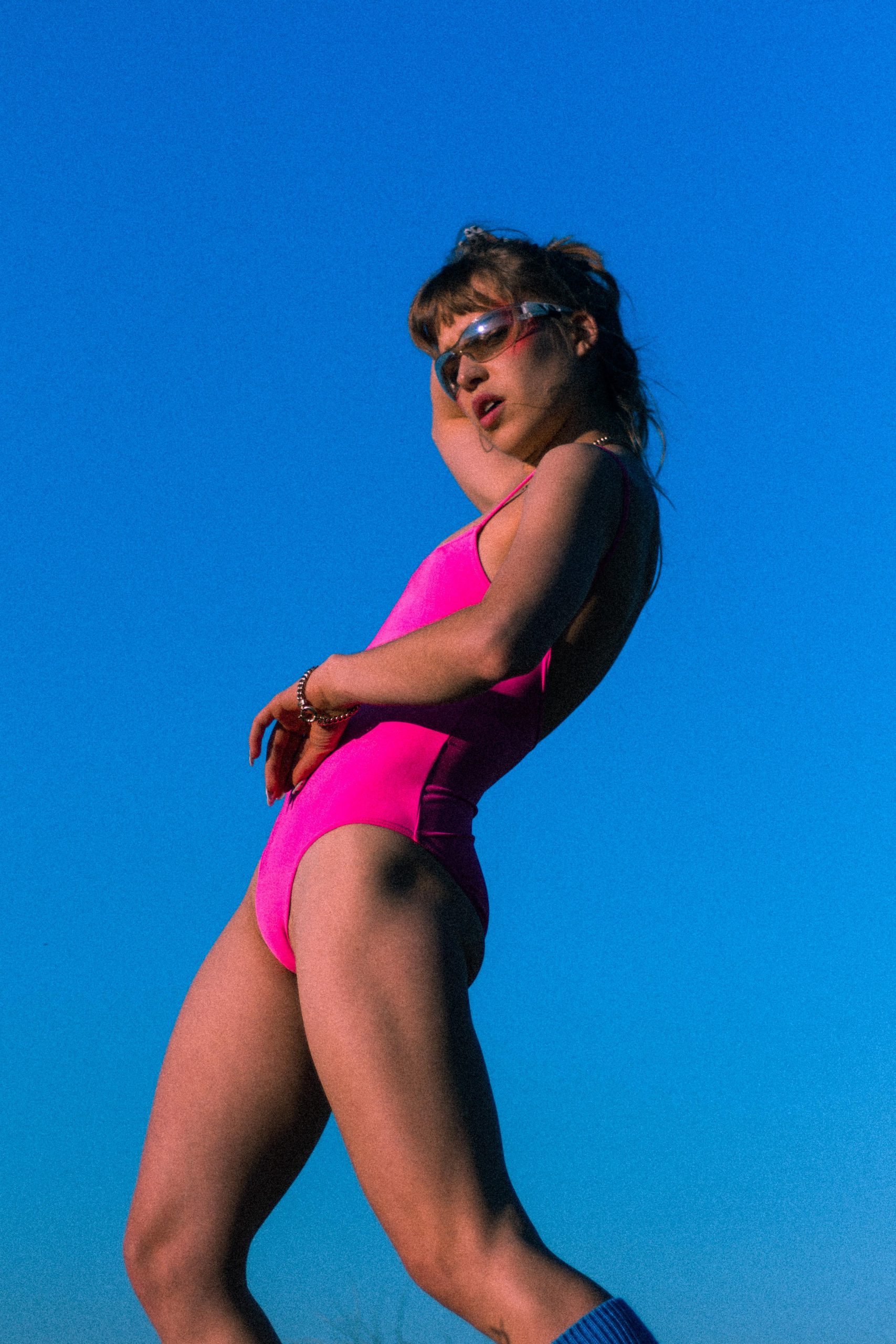 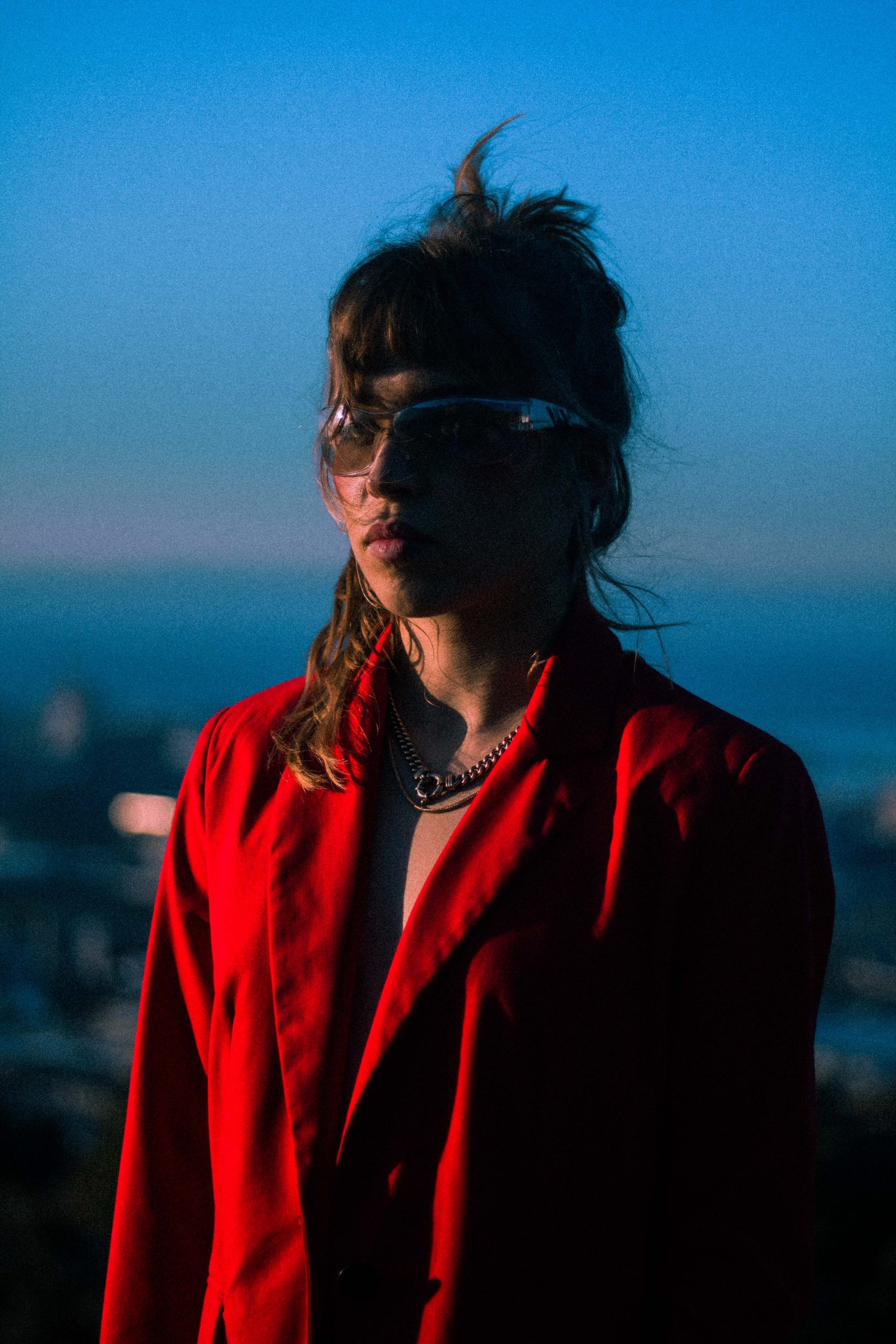 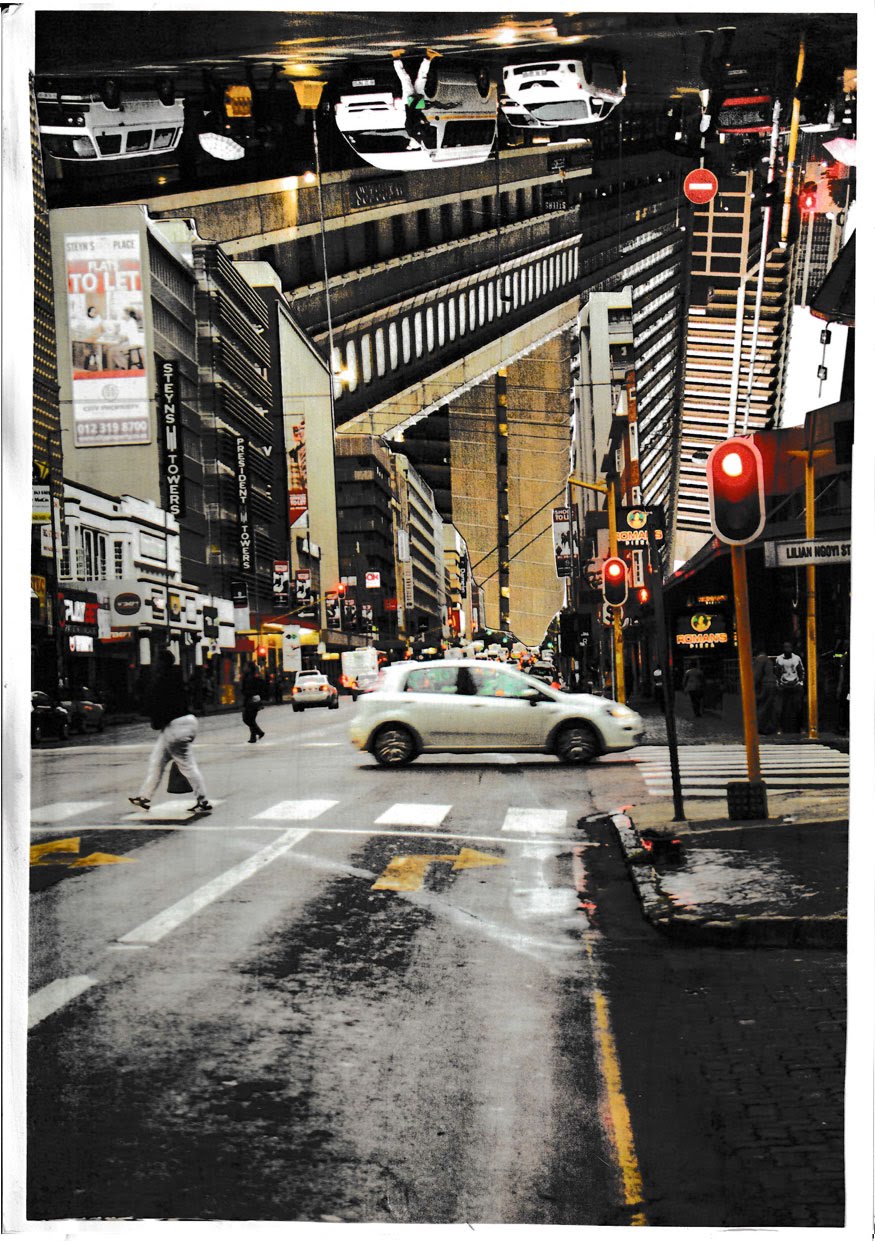