Following the invention of the camera in the 1850s, artists felt betrayed and threatened by technology as the end of art seemed to loom due to the camera’s ability to capture images in perfect likeness. Since the invention of the camera, technology has accelerated at an exponential rate in ways that have both benefited and disadvantaged the artist. Now with the invention of the first humanoid robot artist, Ai-Da, the lines between benefit and disadvantage have become blurry. “People don’t judge an artwork on its own merit,” Aidan Meller, gallery director and co-creator of Ai-Da, told digitaltrends while speaking about the humanoid. “They always do it through the lens of the artist, Meller continued. “When you look at a Picasso or you look at Tracey Emin, you have a very different response based on the personalities that created [the work]. That’s no different with a robot.” Ai-Da was unveiled as the first robot artist in 2019, showcasing an original skillset that allowed the humanoid to paint abstract artworks. Ai-Da’s artworks are from her ability to examine objects with a camera and then decode these objects through various machine learning algorithms, which are then translated as instructions to Ai-Da’s mechanical arm to re-create the objects. Since 2019, Ai-Da’s artistic skill set has grown and she is now able to write and recite poetry as well as create sculptural works. 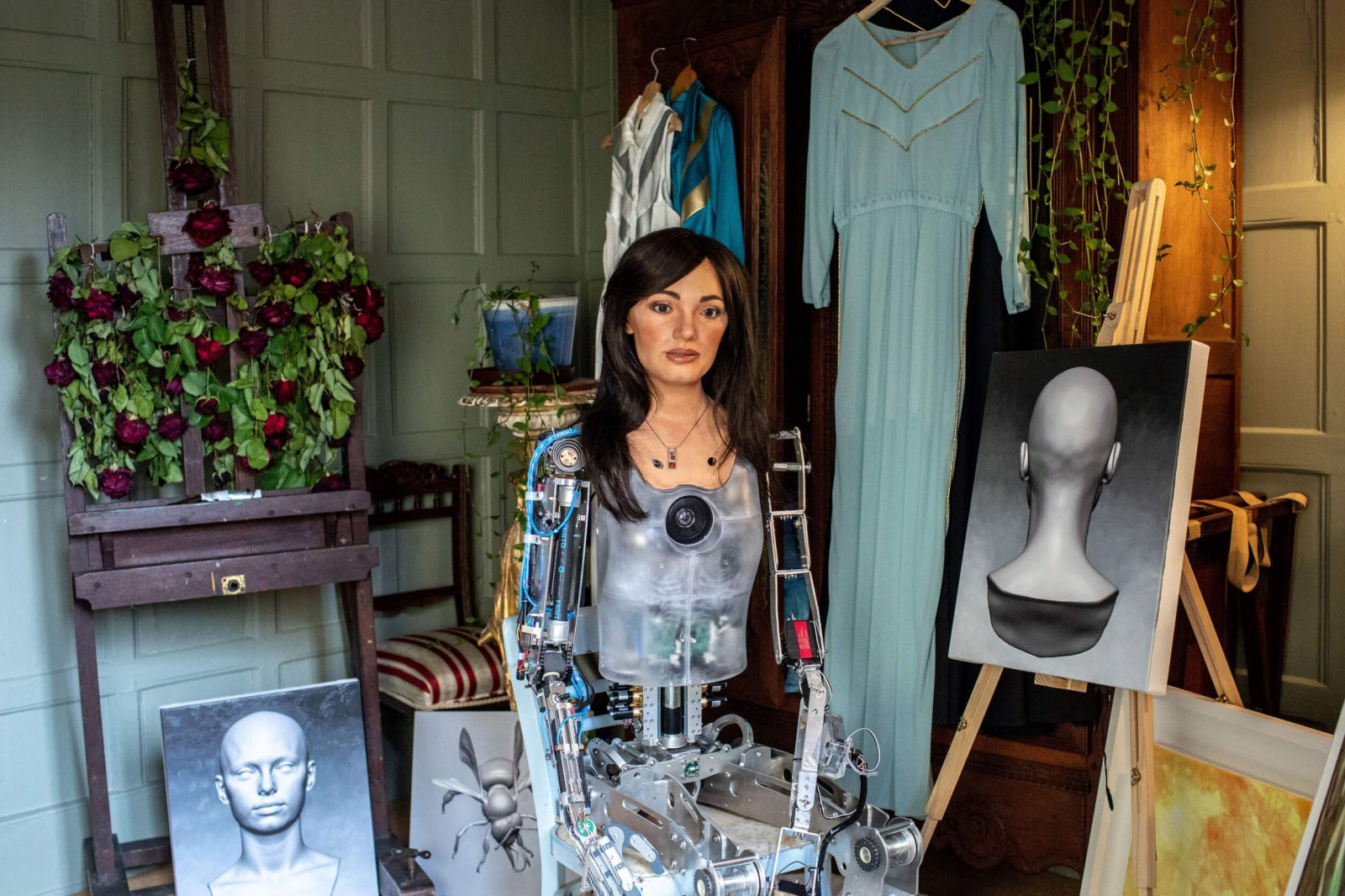 Aida has travelled around the world exhibiting work on a scale that most conscious artists could never dream of. Earlier this year she had an exhibition at London’s Design Museum which showed how far she has come in evolving her skillset. The exhibition displayed a series of self-portraits— or selfies — which showed that Ai-Da had been taught to “look” at herself and create self-portraits. Ai-Da co-creator and curator Lucy Seal explained that, “Through technology, we outsource our own decisions. The work invites us to think about artificial intelligence, technological uses and abuses in today’s world.” As Ai-Da continues to be spoken about in the art world and gain so much recognition, now becoming the first humanoid to receive an artist residency, I wonder if Ai-Da herself is an abuse of technology. While I do admire this leap in technology and am impressed by the skillset and innovation Ai-Da holds, I can’t help but think that through this recognition of Ai-Da, and the possibility of the trajectory she stands for which could result in many robot artists, we could be depriving a conscious artist of the opportunity and platforms we are giving humanoids. This thinking is framed by the fact that there are thousands of Black and brown artists who still exist on the margins of the art world, not gaining recognition for the work they have done to shape modern art. It appears disheartening when the art world is now shifting to rather showcase the work of humanoids, instead of spotlighting marginalised artists who have been overlooked for so long. Apart from this, the invention and attention surrounding Ai-Da also allows us to ask ourselves how we value art these days— is it based on the method used to create the art or its underpinning concept? It is to be noted that Ai-Da did not decide to create self-portraits but rather was given instructions by her creators. This method of working is not new to the art world as it is similar to how artist Damien Hurst works. Hurst employs multiple artists to help him realise his works with many criticising that he is nothing but a puppet master with a concept, dictating what artists below him create and taking all the credit for the artworks. So perhaps Ai-Da should stand as a blueprint to how we could use artificial intelligence to our advantage as artists to help realise our own conceptual dreams in the way Hurst does. 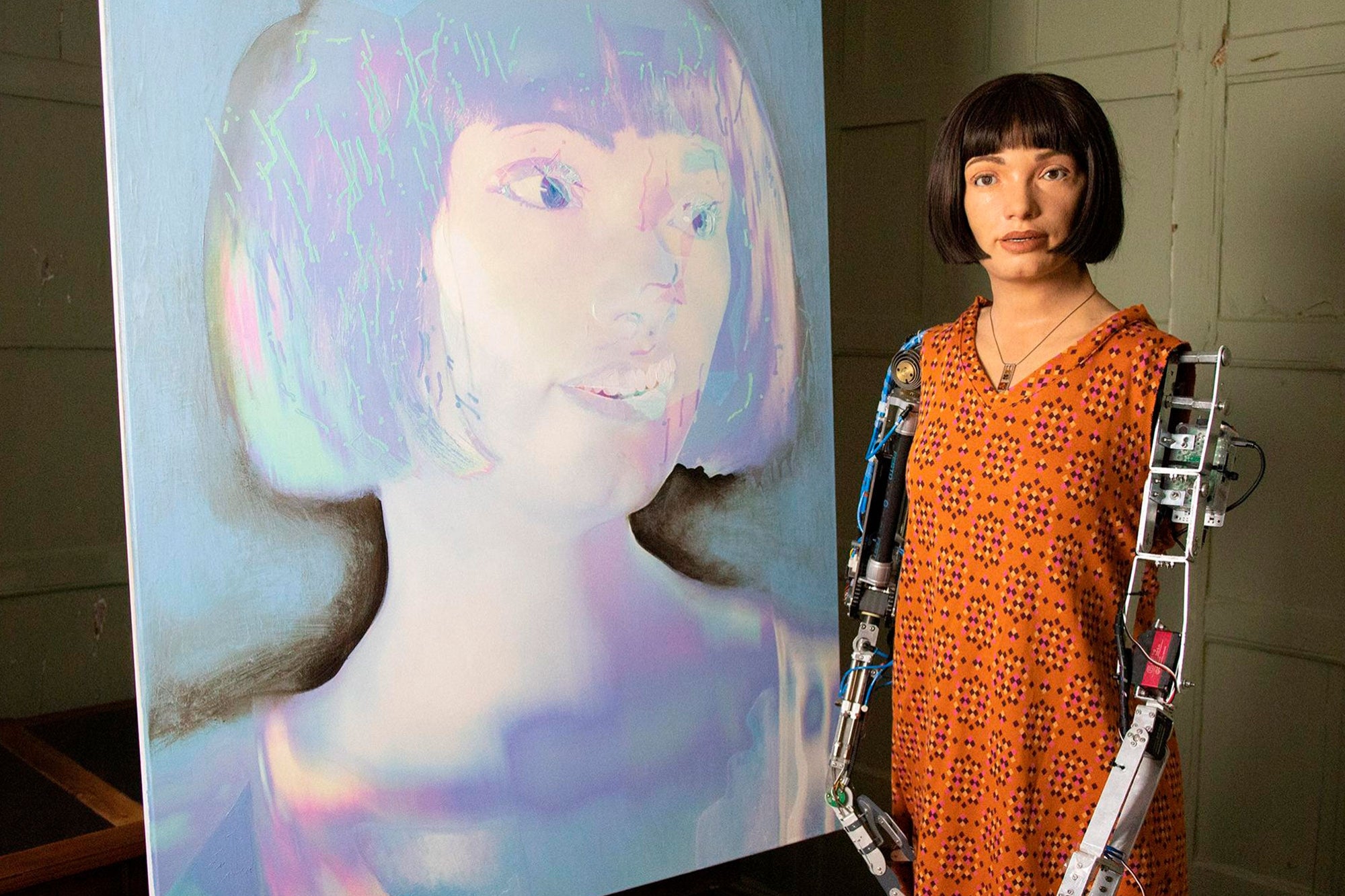 While Ai-Da is being credited as an example of an artistic phenomenon, which now puts into question if it is possible to automate creativity, I think back to my early understandings of the works of Jackson Pollock. Pollock created abstract expressionist works which are today renowned due to their technique, scale and colour. When looking at the techniques that Pollock used it came across to me that Pollock, like Ai-da, utilised methods of working that would automate creativity. Showing again the way that Ai-Da works is similar to how other artists have previously operated. So perhaps AI in the art world is less of a threat than we previously imagined. With every wave of technological advancement, we also take a step towards aiding human efforts. Recently, AI has helped restore Rembrandt’s 1642 masterpiece, The Night’s Watch, to the painting’s original size after 300 years. In 1715, the painting was cut to size to suit the wall of Amsterdam’s Town hall. To date, the chopped-off sections of the painting have not been found. However, due to artificial intelligence, the painting has now been restored to its former brilliance, a feat that I doubt we would have been able to do without technology. Technology has also has allowed artists such as Refik Anadol to re-imagine the creation of new age media as Anadol creates surreal, abstract works constructed through data-driven machine learning algorithms. Not to mention the benefit of NFT technology providing the opportunity to democratise the art world when operating in ways seen in exhibitions such as The Digital Diaspora.

So while a possible disadvantage of artificial intelligence in art is that someday the works of humanoids might eclipse and surpass the works that us mere mortals can create, I rest easy at night knowing that Ai-Da will never be able to truly create from a space of human experience, culture or heritage and to me those are the inspirations which add substance to art. I also embrace the fact that without the technology that Ai-Da stands for many things would not be possible in the arts and realise that if we use technology correctly a world of creative opportunity is created. Most importantly, we need to make sure that this technology does not allow for the unfair distribution of resources, such as recognition and opportunity, which ensures that previously marginalised groups are still given a seat at the table. 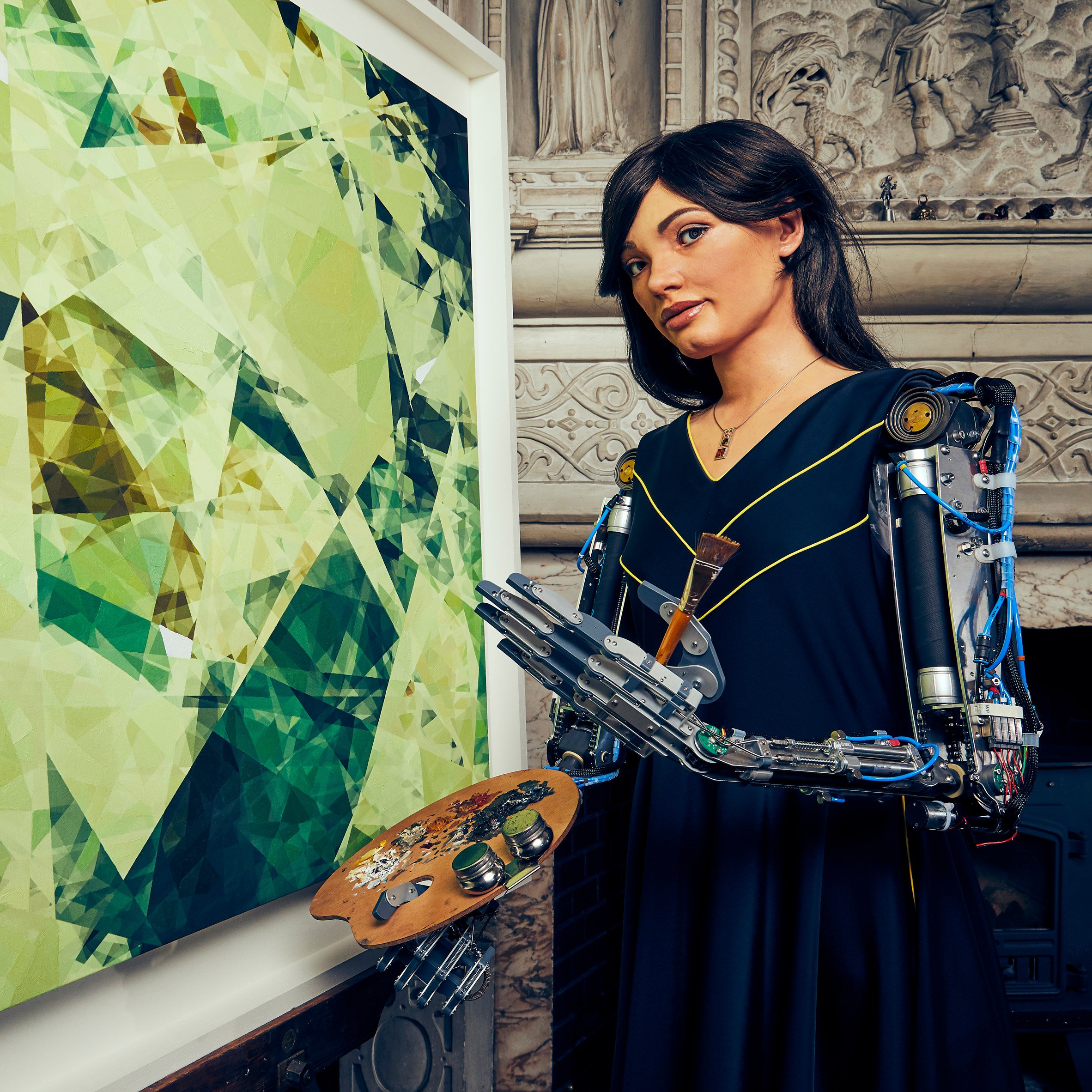 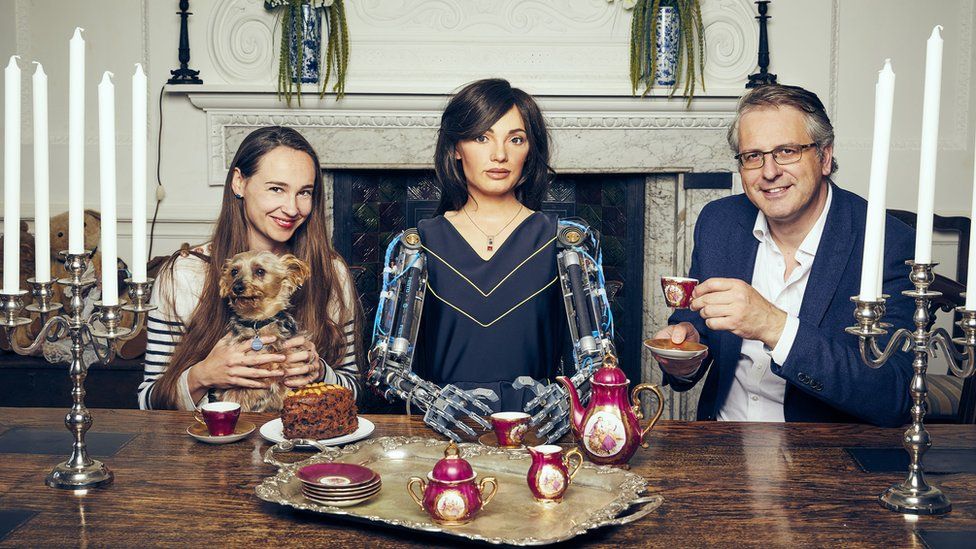