When I first came across the works of New York-based maker of things Gustavo Barroso on Instagram, I was mesmerised by these pieces of furniture which seemed so abstracted from the typical silhouette of a household chair. In their mould, there seemed to be something surreal about the idea of these melting/bubbling pink coffee tables.

Through the conversation we shared below, I’ve come to realise that these works — sculptures, first and foremost — are given the power and allure they have, precisely because of the space they inhabit or should be inhabiting. Inherently telling their own story.

Below, we have a portion of the maker of things story and of his relationship with spaces; the grotesque and the handiness of papier-mâché in reimagining the ordinary. 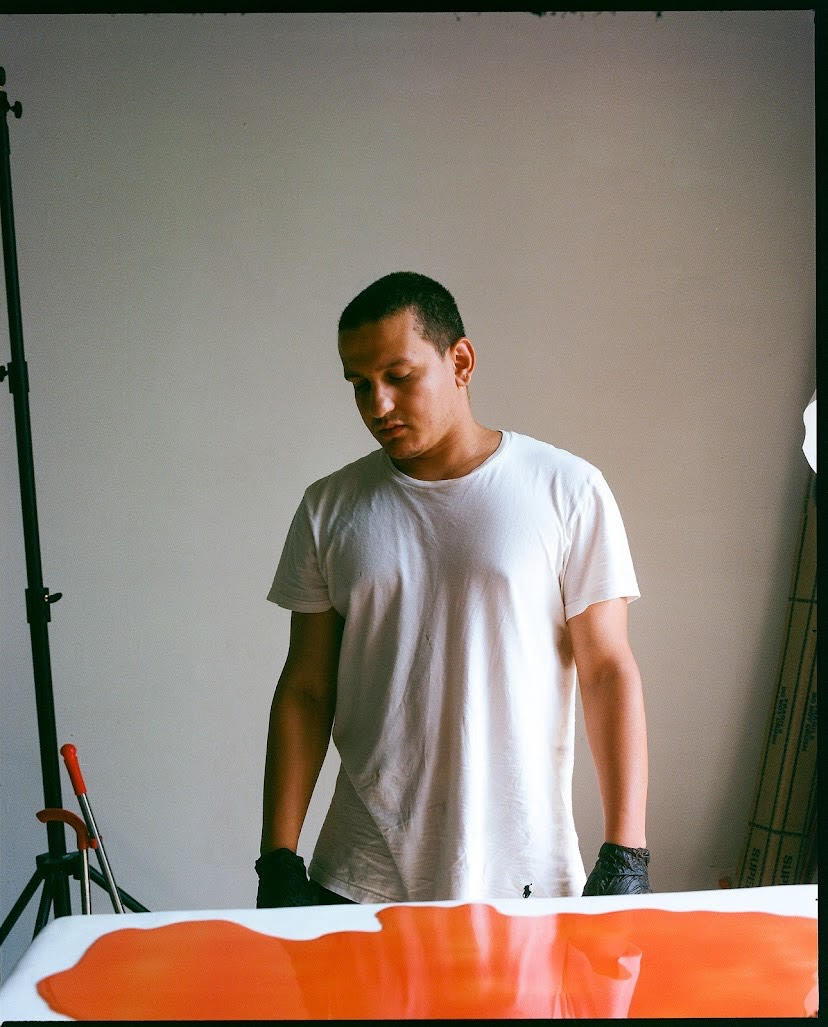 I guess to start with, could you share a bit about your artistic journey and how you’ve come to develop the style of your work?

Gustavo Barroso: If I had to summarise my style in one word, I’d say it’s whimsical. I have a series called ABOMINATION and it’s an exercise that juxtaposes grotesque forms and colonial-American furniture. I wouldn’t consider it my style though. It’s just the first body of work that I’ve been able to physically produce so far.

In your bio, I took note of your description of yourself as a “producer of objects and happenings” — which I found very interesting and Dadaist. Do you like to consider your work as artist, in the conventional sense of the word?

Gustavo Barroso: Dadaism is a big inspiration for sure! I approach all of my work as sculpture first; function comes second. Wendell Castle said that he wants his pieces to tell stories. Furniture allows me to say two things at once.

You see it as a sculptural object and imagine how your interaction with the piece could be. There’s something really interesting that happens when I show [my] furniture in a gallery space — people always want to sit on them and they get so frustrated when they can’t. I think it gives the piece a lot of power.

Returning to that Dadaist quality, I’m fascinated by your use of found objects in most of the work seen on your website.

It’s interesting to see everyday objects like tables and chairs — which would ordinarily be in a home  — reshaped in a new papier-mâché vision. What’s the inspiration behind reworking them in this way?

Gustavo Barroso: When I left school, I moved back home with my mother and rented out an art studio. I learned quickly that it’s really hard to make furniture in an empty room with no tools, so my recent work came from the lack of proper tools and machines [needed] to make the chairs I was designing on paper.

The use of found objects allows me to tell several stories at once. With the Brooklyn bench, for example, it is immediately obvious that all of the materials come from the street. It was supposed to live as a street sculpture in the same setting the materials came from.

However, with the ABOMINATION series, I’m more focused on the transcendence of a material (cardboard and paper) rather than a material portrait. One day I just decided I was going to make a chair with the tools I already had in my shop which was a knife and a hot glue gun. Constraints are opportunities. 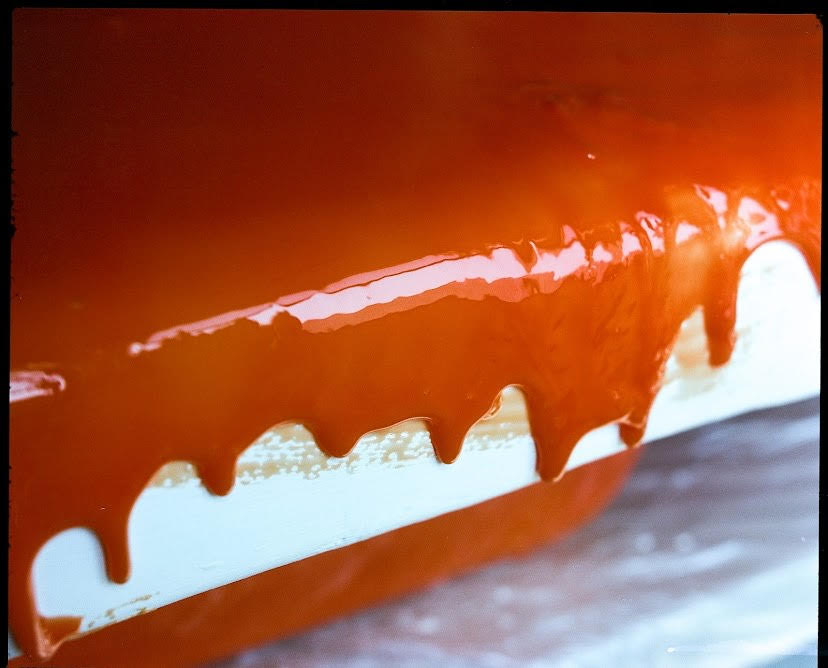 It makes sense, and it’s practical! What to you, is the value of practicality and usefulness in art?

Gustavo Barroso: What is the practicality and usefulness of music, movies or sports? Their utility is the ability to tell stories, elicit emotions and act as a social glue. It’s the same amongst all art and performance.

Some people want to view furniture solely for its physical function. That’s boring to me. I make art in hopes that the viewer sees it and feels something.

You’ve expressed an interest in collaborating with fashion designers with the furniture you produce. I’m interested to know the potential you see for furniture craft and other forms of art and design.

Gustavo Barroso: I see so many similarities between fashion and furniture. We’re both designing for the body, and both function as a way to express our interests and personality. Fashion designers have a very good understanding of storytelling because there are so many touch-points they need to consider. It’s not just about the clothes. It’s about the universe that the clothes live within.

What intrigues me the most about furniture x fashion, is that everybody sees what you’re wearing and only the people closest to you get to experience your home. I like working with fashion designers and I want to provide furniture-making knowledge to them and see how they bring their world into the home.

I think it’s really fascinating that you mentioned the intimacy of a home space with regards to furniture.

When I look at your work, I see the intimacy of it as furniture, but it also seems to challenge that idea with things like caution tape and traffic cones, alluding to even boundaries within that space.

Gustavo Barroso: Wow! I’m actually really happy you brought that up. When I was making the Caution Table I was thinking about how caution tape and coffee tables have opposite functions. There is an emotional disparity between those two objects.

I really wanted the tape to come out much further from under the table and serve as an actual trip hazard. I wanted it to force people around it to be hyper-aware of it — demand their attention. I’ll have to explore that idea again! 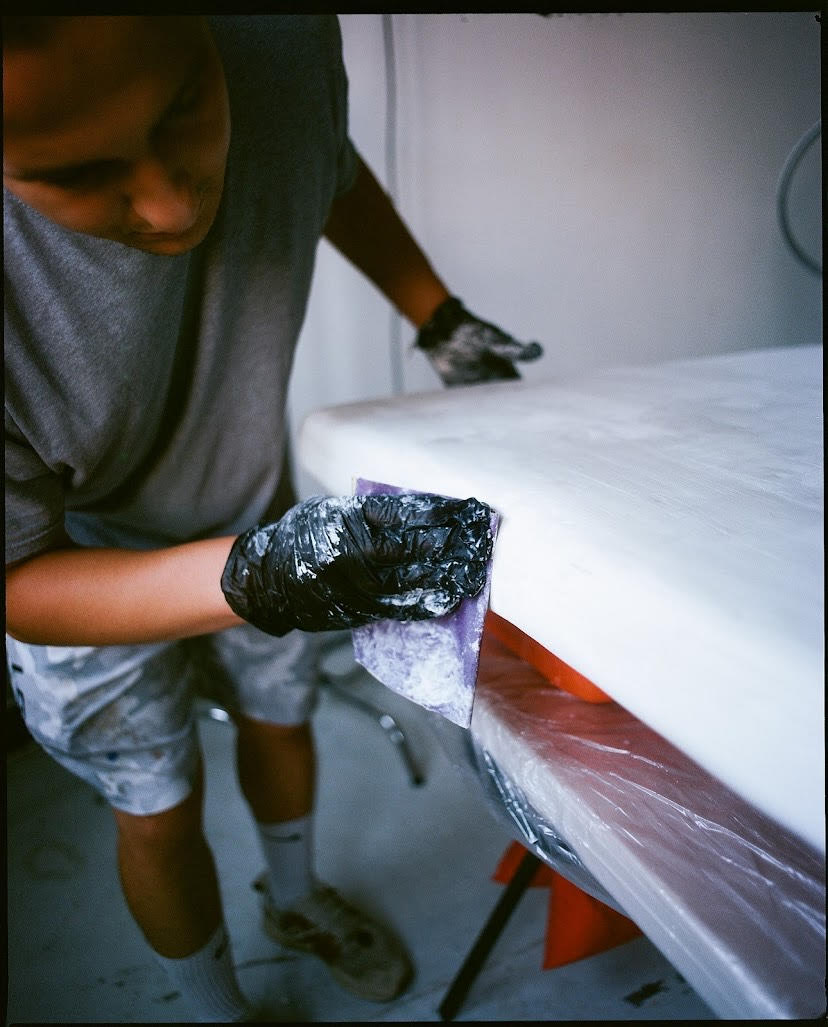