“Everything can be used. Except what is wasteful.
You will need to remember this when you are accused of destruction.”

I was having a conversation with a friend about art — wondering out loud — what is this for?

What does it do? Why do we do all of this stuff?

Nothing more than the requisite little lapse in faith and mini existential crisis brought on by the dizzying job of having to keep oneself alive. “To move others,” was his response. Unsatisfied with this half baked, seemingly lazy response, I shifted this out of my mind.

It was not until I started thinking about Mary Sibande’s work — wondering “what it is for” — that my friend’s response came back to me. “To move us!”

To move implies an emotional response but it can also mean specifically, to challenge, to shock, jolt or to strike incongruously. This is what Sibande’s latest offering, A Red Flight of Fancy does. Because what could be more jolting than a pack of mongrel guided by a fearless Shepherd?

Writing about the exhibition, Sharlene Khan notes that, “The Purple [in Sibande’s work] is the dreams of The Blue and attends to the past but also envisions a nightmarish future, and in doing so, dreams The Red into Being.” 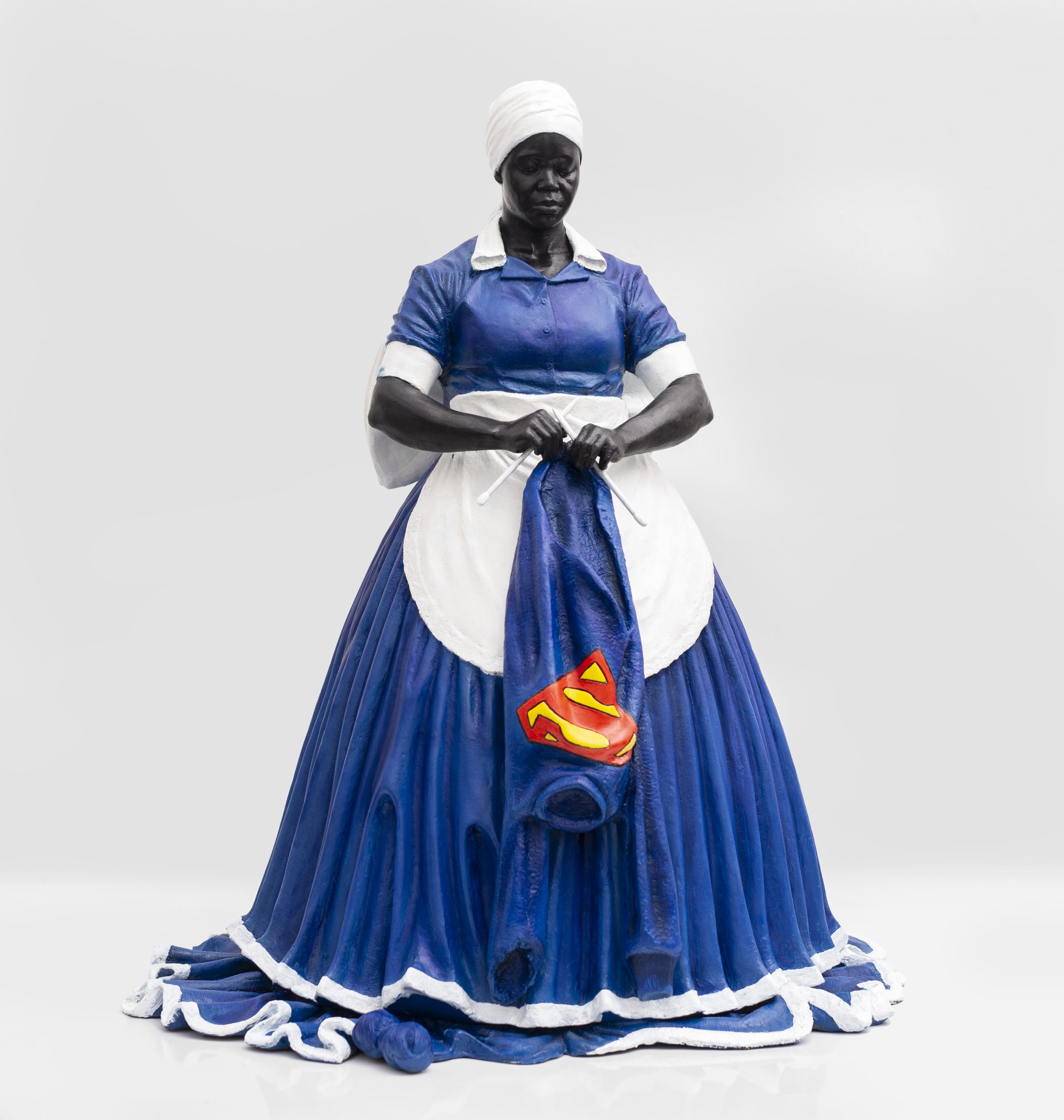 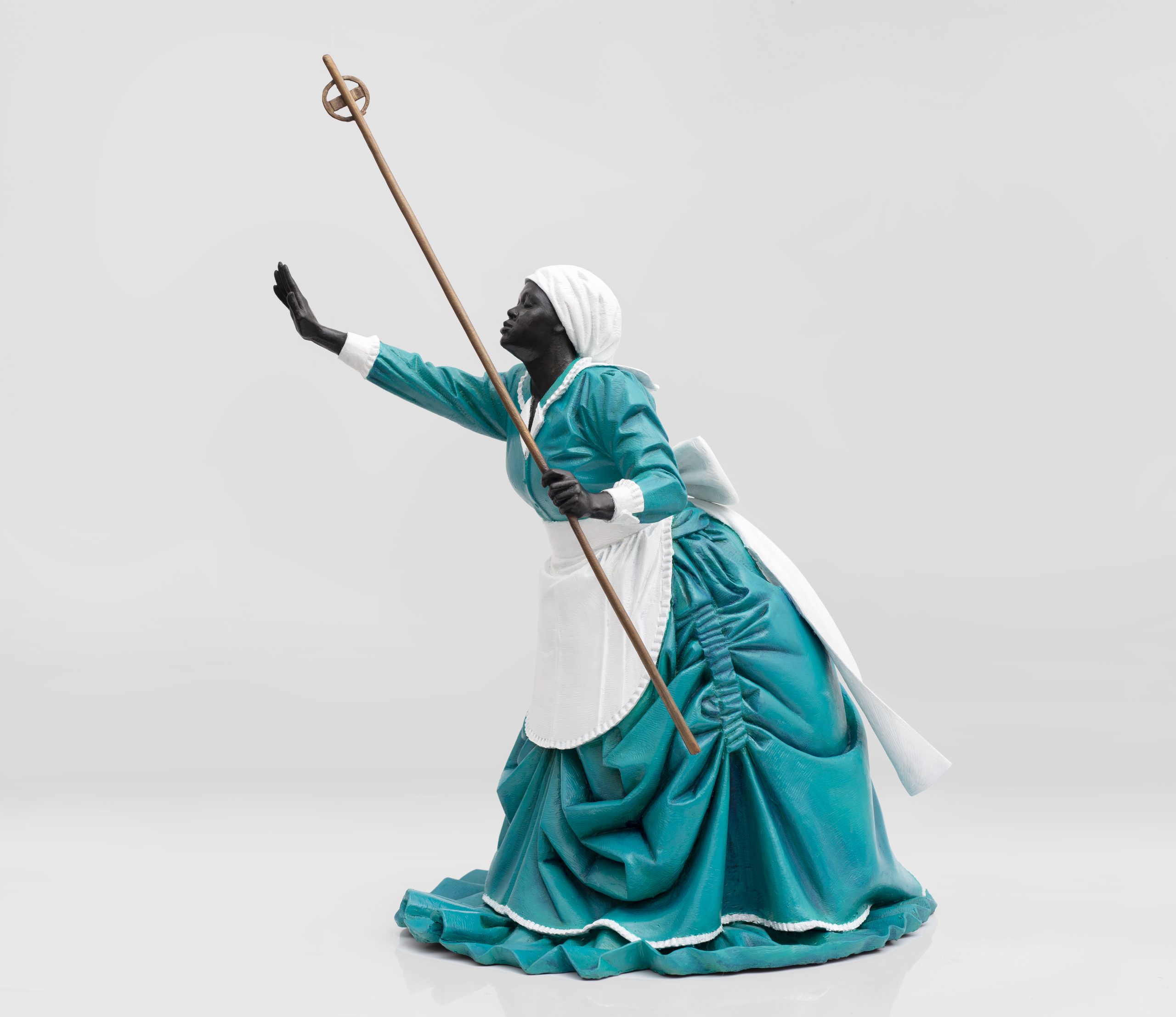 Khan proposes that this red has potentially become a manner through which to weigh up the state of the South African psyche, particularly in relation to the continued violence that engulfs the country.

But of course violence functions on multiple levels; there is the visible violence of brutality, ferocity and burning. The kind of violence that Sibande’s skeletal hounds and vultures evoke. The kind that is easy to condemn.

However, alongside this violence, there is a quieter, more sinister violence of continued oppression and subjugation that hides itself under the banner of a new flag. The kind that the redness suggests — more subtle, nuanced and more difficult to understand. 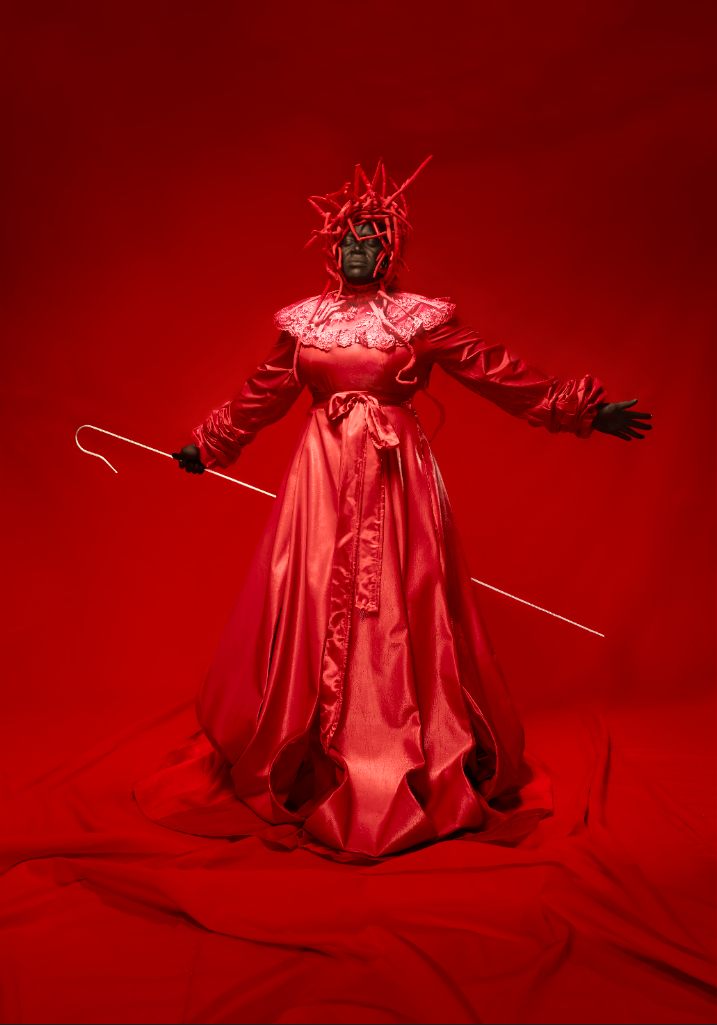 Violence travels with anger. That emotion that Black women have been imprudently advised to relinquish. Audre Lorde beseeches us to hold on to our anger, saying:

Everything can be used. Except what is wasteful. You will need to remember this when you are accused of destruction. Every woman has a well-stocked arsenal of anger potentially useful against those oppressions, personal and institutional, which brought that anger into being.

Sibande reflects that anger as a red dog. Because red dogs are dangerous. “Women are powerful and dangerous” (Lorde again). 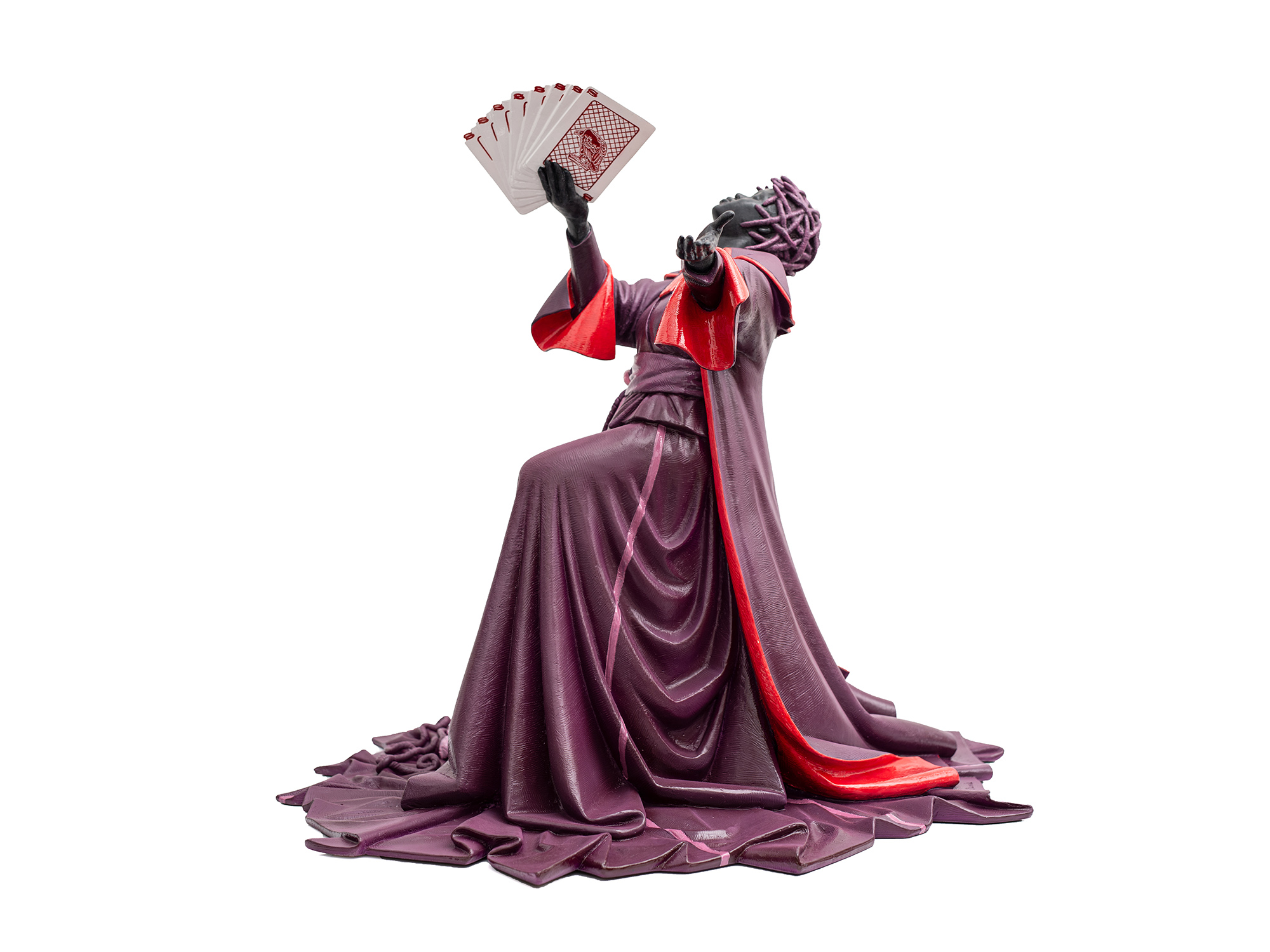 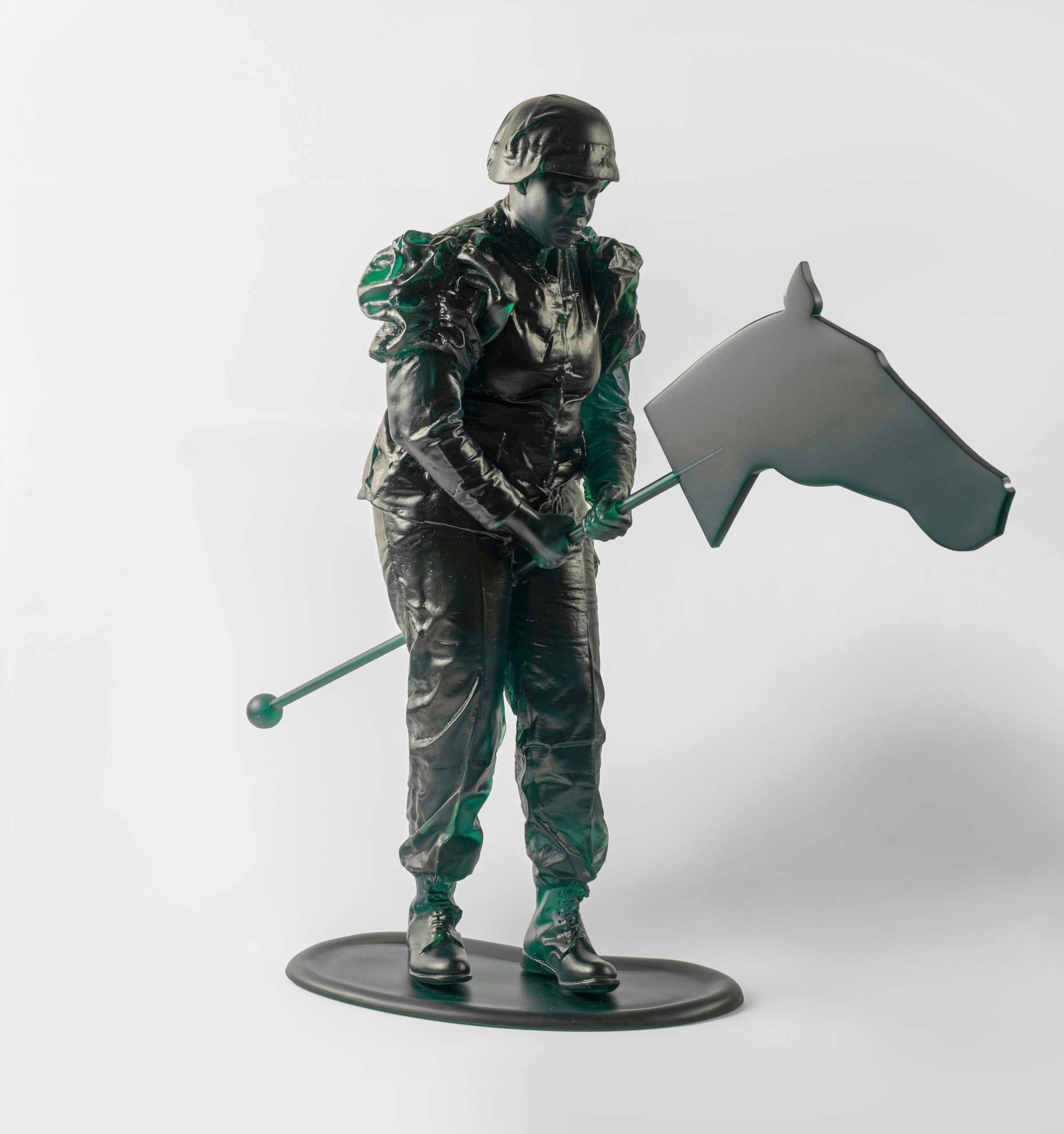 Stretching this metaphor of the angry dog, the protective dog, the dangerous dog, I’m thinking with Okwui Enwezor’s writings in “Exodus of the Dogs”. Through him, we reach polish writer; Ryszard Kapuściński who notes:

The dogs were still alive. They were pets, abandoned by owners fleeing in panic. You could see dogs of all the most expensive breeds, without masters…Perhaps they’re still roaming, but I don’t know in what direction or in what country.

This scene could be a parable of the country. And the struggle for freedom from the clutches of oppressive forces. Long live the red dog! 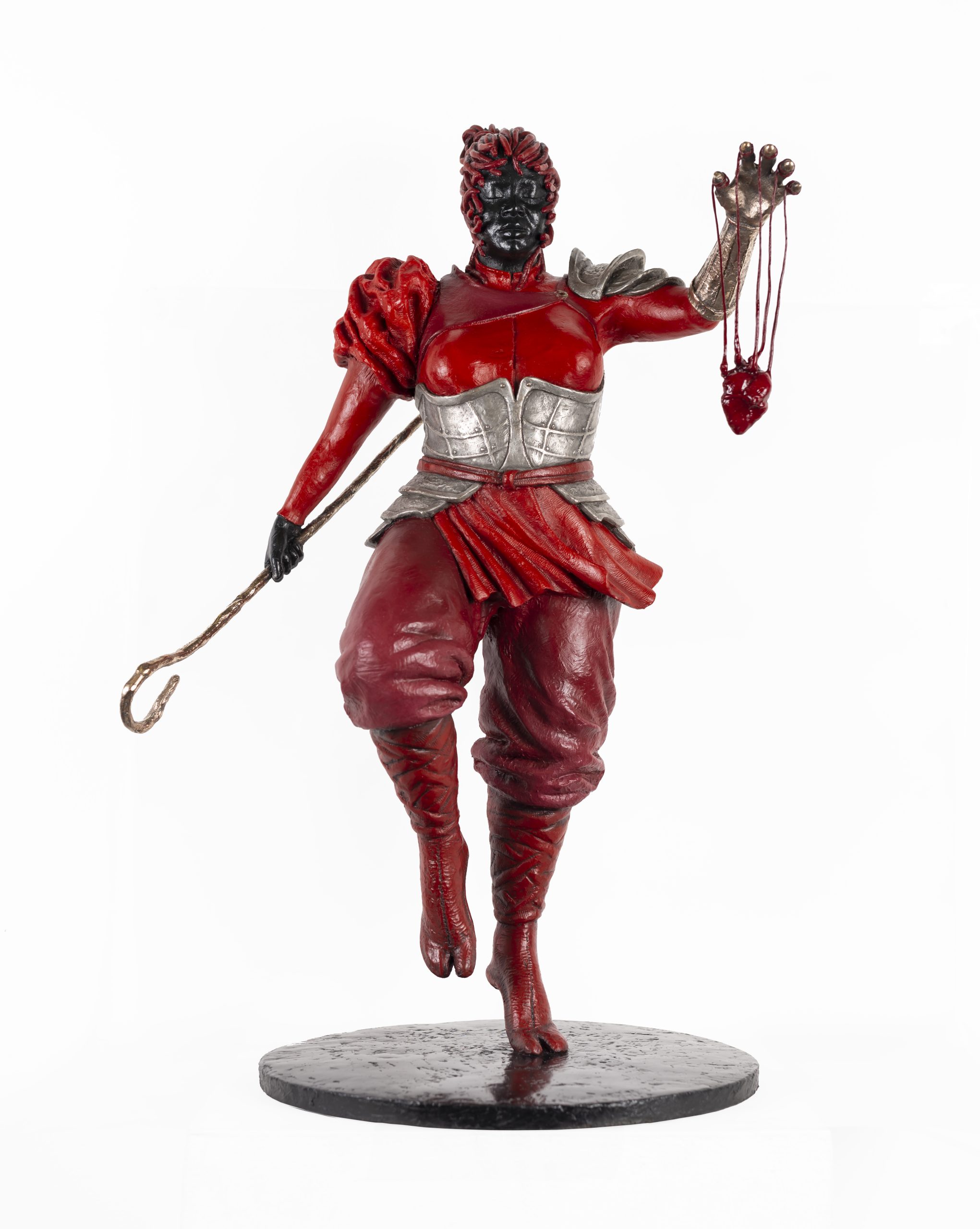 Back to the colour red and red things, of course, thinking about colour abstractly will not do all the work. The work of liberation, emancipation, freedom…or whatever else you want to call it.

Through A Red Flight of Fancy, Sibande reminds us of the power of red things but we have to read this in the context of the entirety of her practice.

The wait seems to go on forever! They don’t make them like they used to! Long Live the Dead Queen!

Sibande seems deeply concerned with liberating herself (and maybe us too, through that process). Purple, Blue, Red — each propelling us into a possible freed future.

A Red Flight of Fancy is showing at SMAC Cape Town until the 4th of April 2022. 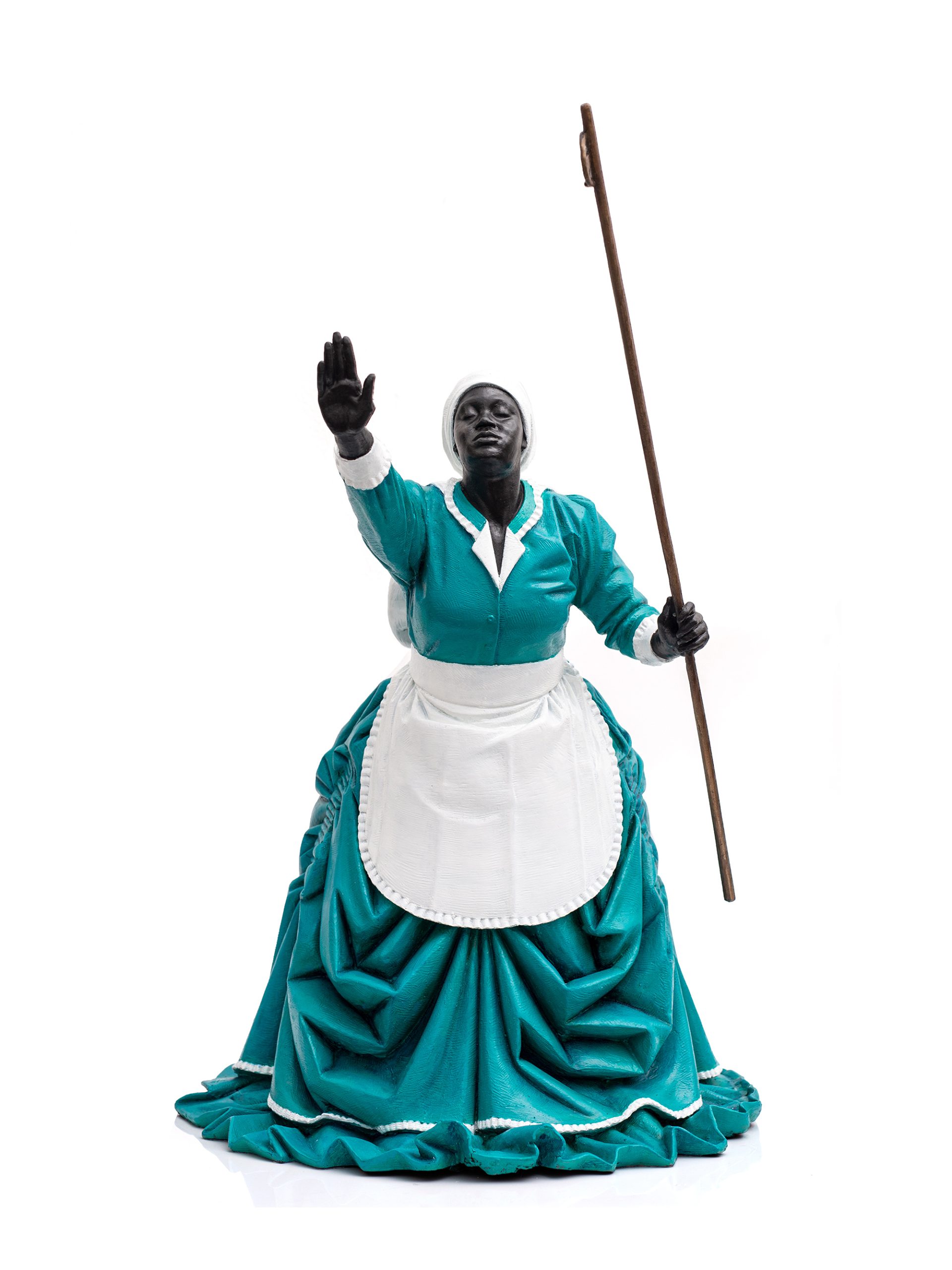