Liminal figures lost in the landscape of the past.
Broken on the battlefield.
Tethered to temporality;
Paul Emmanuel’s latest exhibition Men and Monuments at the Wits Art Museum features a series of site-sensitive anti-monuments. The Lost Men project started in 2003 when the Iraq War broke out and other personal moments of loss surfaced. The desire to make memorials, stems from the fear of being erased. However, the artist’s counter-memorials are rooted in impermanence.  Formally trained as a print-maker, the notion of making impressions on the skin has long been central to his work. He notes how, “using the body as a site for recording events resonated very strongly”. 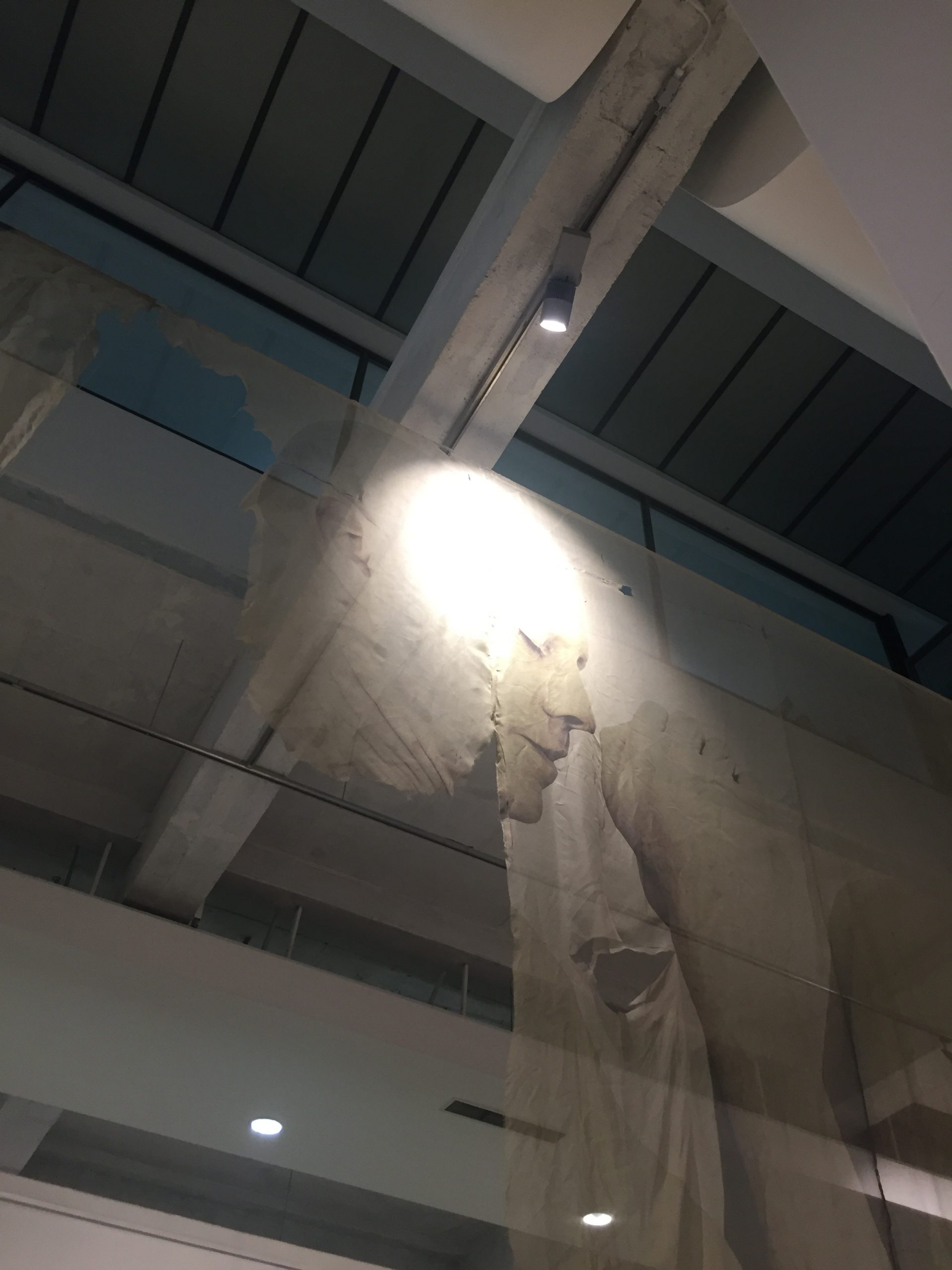 Part of developing the process-driven work entailed recording names of fallen soldiers from battlefields. These sites of conflict were always intertwined with South African narratives. The names were then inscribed on skin, pressed into flesh and captured photographically. The Lost Men is tied to both personal and public loss,  “my individual feelings intersect with the collective”. The military is a particularly powerful institution and has historically been closely connected to perceptions of masculinity. Emmanuel was called-up to the SADF during apartheid, but was able to avoid conscription by becoming an art student at the University of the Witwatersrand. He describes how, “one of the reasons why the apartheid military machine was so effective at creating killers was the techniques that they employed to break you down and build you up”. 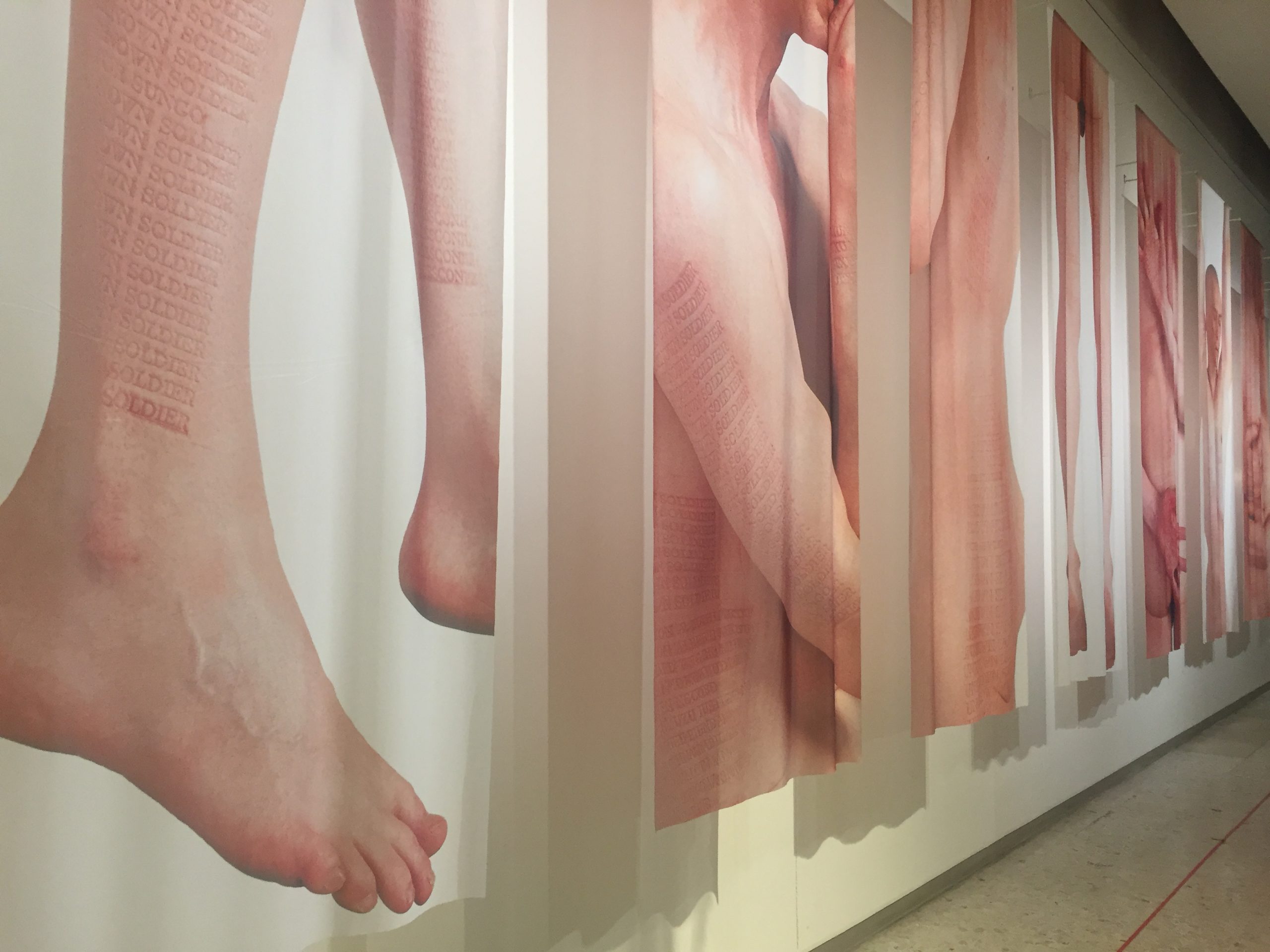 Furthermore, central to Emmanuel’s practice, is a disruption of these kinds of constructs around masculinity. Importantly, he describes how, “patriarchal society denies men the opportunity for men to be vulnerable”. His aims as an artist have largely been focused on challenging masculinities defined by aggression and dominance. “Masculinity and vulnerability have never sat very comfortably side by side. That has concerned a lot of my practice”. This further extends through softened depictions of the male body which begin to blur gendered lines. Emmanuel’s contemplation of this subject matter has also facilitated a processing of personal shame – relating to a lack of social acceptance around the artist’s queer identity growing up as a young man. 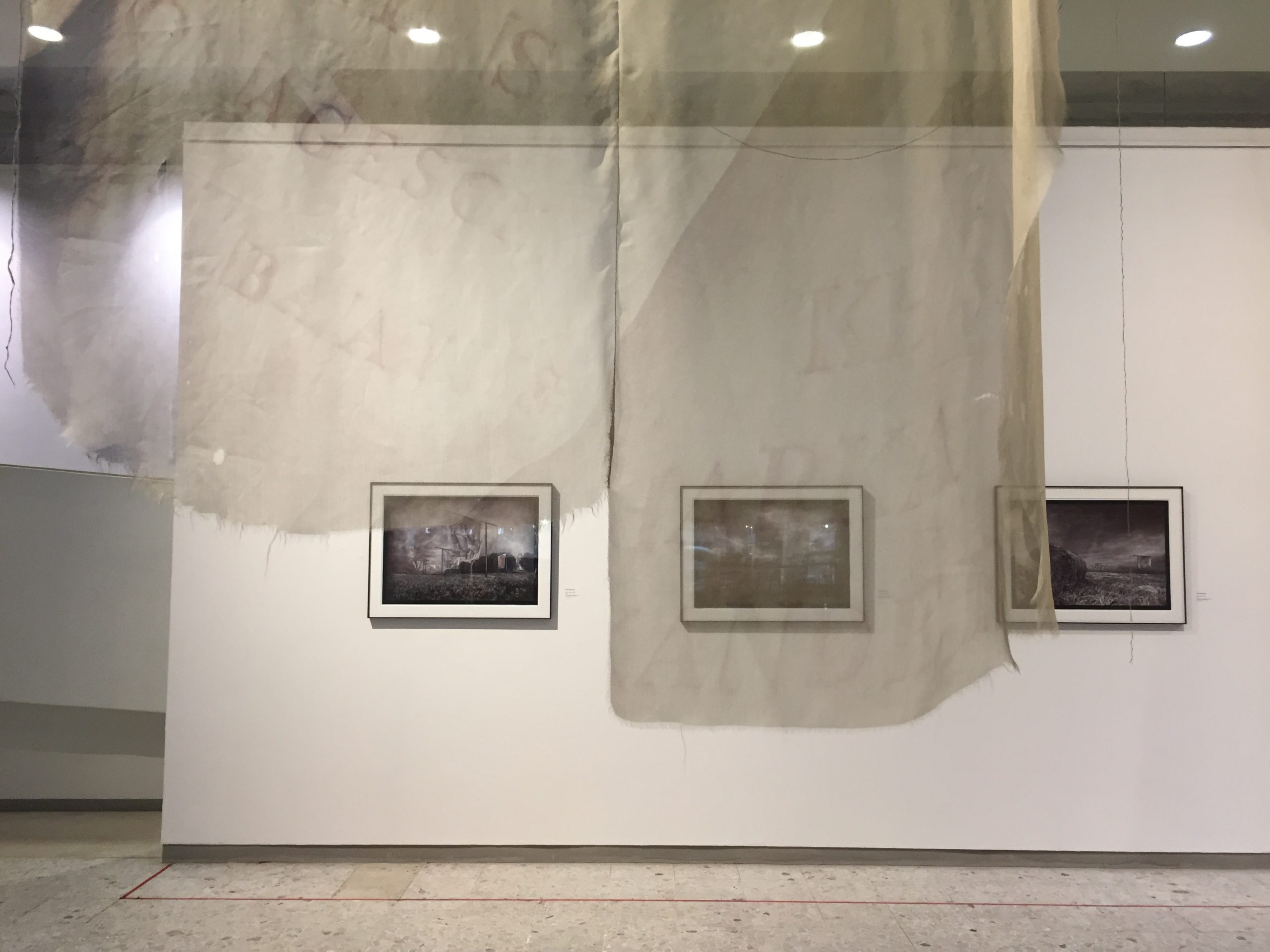 In the contemporary moment, questions around developing healthy masculinities are asked with increasing urgency. However, in a reflective acknowledgement by the artist of his subject positions, he notes that, “I can only speak for myself”. In this deeply personal and poetic work, Emmanuel reveals the power in vulnerability. Letting go has greatly informed this work. In honouring its impermanence, the museum becomes a site for these remains, some torn and tattered, in what the artist calls an, “exhibition of previous exhibitions”. There is tender transience in the temporality. Located in a moment of active remembering.

Men and Monuments is made possible with the support of The Embassy of France in South Africa and The French Institute. Art Source South Africa are the managers of Paul Emmanuel’s Lost Men project.