It’s not just children who have the impulse to play. We’ve all had the urge to engage in spontaneous and undirected activity whose sole purpose is enjoyment and recreation. Play has the effect of restoring our spirit and can release pressures and tensions in a way that breathes life back into our bones. In some cases, play can in effect have high and sometimes deadly stakes …such as with the concept of “deep play” as seen through Balinese cockfighting where play is tied to symbolism and social dynamics —where the stakes are so high that no rational person should engage. Afriart Gallery’s latest exhibition; Playing to the gallery, explores the multifaceted aspects of this concept of play—play as a medium, as method and potentially political.

The exhibition draws together works by artists; John Baptist Sekubulwa, Andrew Arim, Stacey Gillian Abe, Sanaa Gateja, Abushariaa Ahmed, Sungi Mlengeya, Khalid Abdel Rahman, Amna Elhassan, Jimmy ‘Spire’ Ssentongo, Letaru Dralega and Eria Nsubuga ‘Sane’. In an attempt to better understand the artist’s relationship with play in times of turbulence, I had a conversation with two artists Stacey Gillian Abe and John Baptist Sekubulwa, whose works are included in the exhibition. Below is an edited fragment of that conversation. 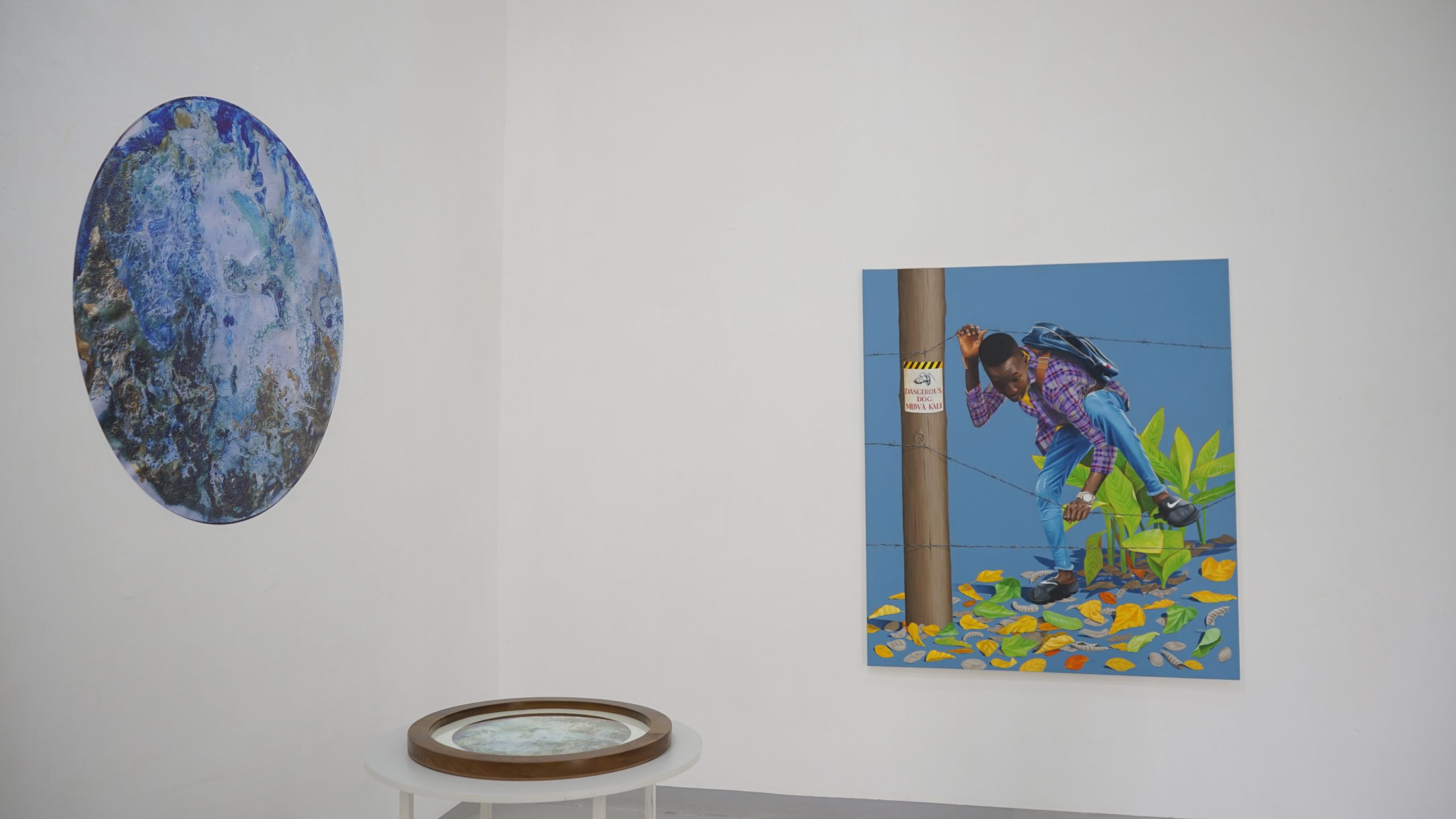 The exhibition is centred around the notion of play, or more accurately varying notions of play. What would you say is your relationship to play within your artistic practice?

Stacey Gillian Abe: I relate to play through experimentation and risking with new material and media in my work. I think to play in my work is to enjoy the process that comes with discovering new things and new forms of expression without missing the point entirely.

John Baptist Sekubulwa: Play is part of me in my daily life. My playful state of mind is always present within my creative process. I never want to be too serious when creating – playing around with tools and objects accentuates a very interesting process for me.

JBS: Experimentation is a very interesting process during the initial stages of an idea. For me, I experiment mostly during the photoshoot—making funny expressions, poses, testing different lighting. All of this helps me pick out what is appropriate for the story I’m trying to depict. On canvas, I play around with different colours, creating unconventional harmonies and resonances with the story. This is part of the playful but tedious process of creating. 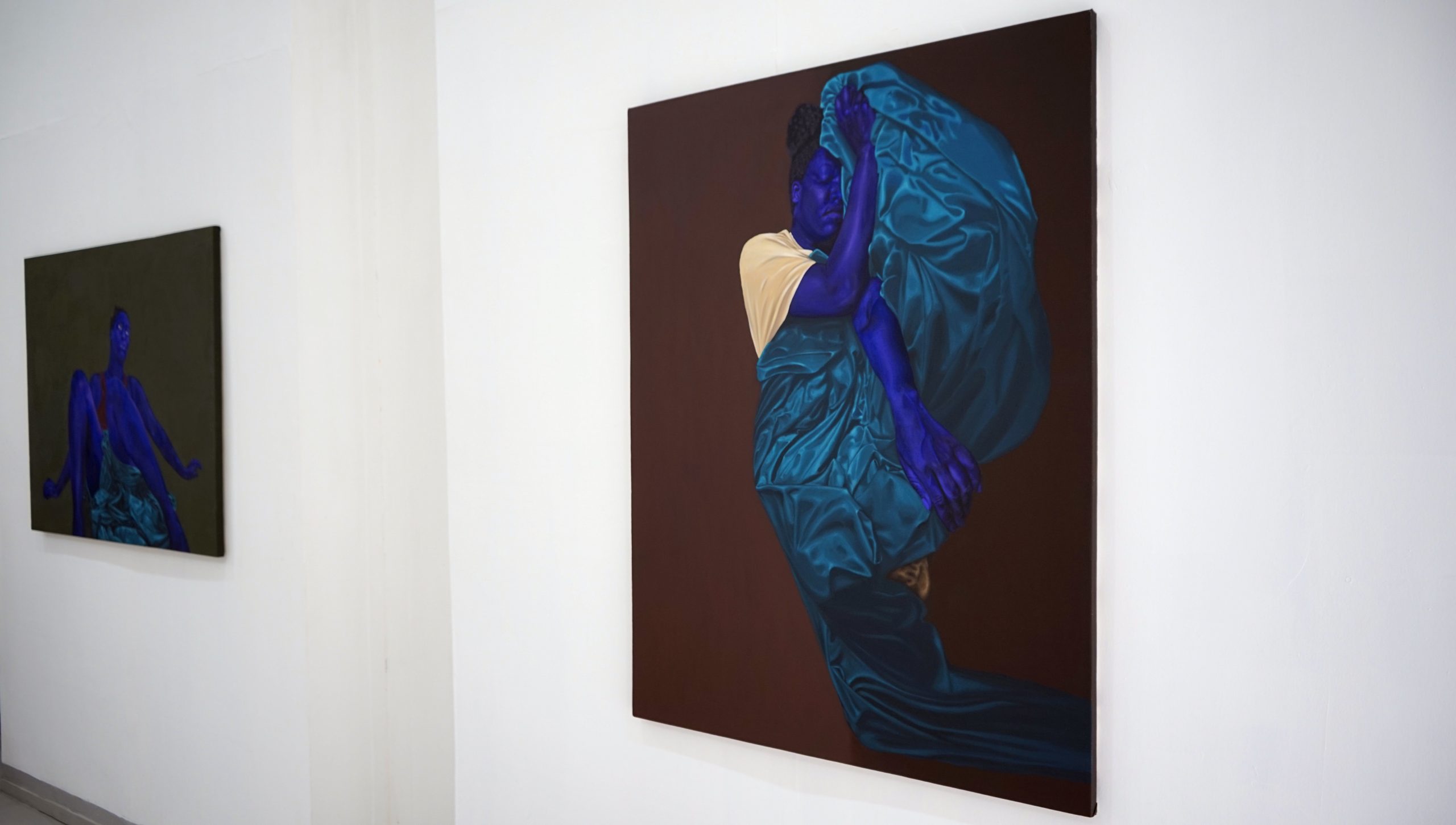 Can you tell us about the paintings you’ve presented in this group show? For you, John, I’m particularly drawn to the figure of the flower and its significance.

SGA: The two paintings from the collection Tealy Sensations, were created during the lockdown as a way of immortalising and documenting a cusp in my life all happening in this little space which is my bedroom.

Besides the pandemic and the despondent gloomy situation around the world, I was also battling an internal situation that got me into depression. The paintings also capture bittersweet moments, moods and gestures which depict vulnerability and intimacy to the self that remains absent in my previous body of work. There was no way out and nowhere to go, I was used to working away from home and doing it with people around while constantly on the move. I took to painting to endure and get through.

JBS: The paintings in the show are my reflection of the exodus on the African continent – mainly due to economic and political pressures. My intension is to question why we still willingly struggle to leave this land to be employed in undesirable jobs elsewhere.

The flowers are called Mexican sunflowers and locally ‘Ekimyura’. They were introduced here as an organic way of restoring soil fertility on barren farmland – we need fertility on the continent today in various aspects. The flower is also a symbol of hope for the future. The flowers are originally yellow but I play around with the colour depending on the painting. 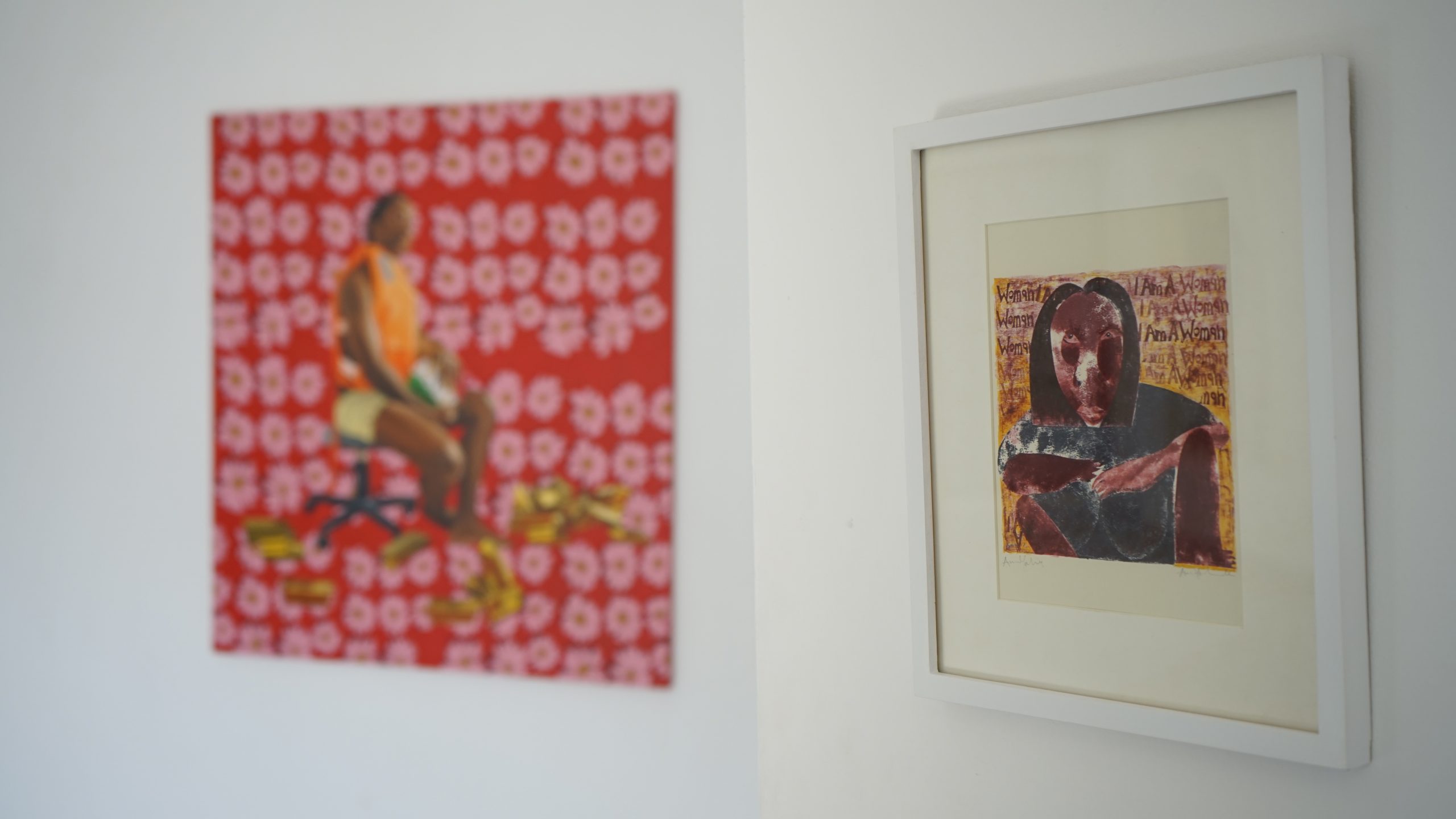 Stacey, I’m also aware that this is not the first time you present this type of rich and deep blue (indigo) as the colour of the skin but perhaps you could tell us a bit about its significance?

SGA: Besides cotton, indigo dye was a catalyst in aiding the African slave trade and in the commercialisation of the black body. The work, in general, creates a dialogue around identity, its properties and the complexity of colourism weaved in the black community.

Indigo in the work is more than a hue but a symbol of identity expressed through a skin tone that is intertwined in our DNA as a black race and how this hue was significant in forming and reshaping narratives around the black body. This includes a past that seeps into our present from generations in which possibilities of an alternative future as a black race are sought. The work also explores an idea that indigo as an identity can exist without any visible means of support thus highlighting resilience that comes with being black. The rich fabric and material that clads the figures express an elite boujee breed of black, where in this world they are allowed to be unapologetic, free and provoking in a contemporary generation.

Globally this time feels very precarious and unstable — given the economic, political and socio-political issues that have been further highlighted by the pandemic. That being said, why is play important?

JBS: Play is important in this time because it’s a pillar of hope for such times, a consolation from the stress and depression caused by the pandemic—and above all, a therapeutic passage to the next chapter after the pandemic.

SGA: Science says the happier we are the longer we live. Play is important because it is therapeutic hence reducing the mortality rate. 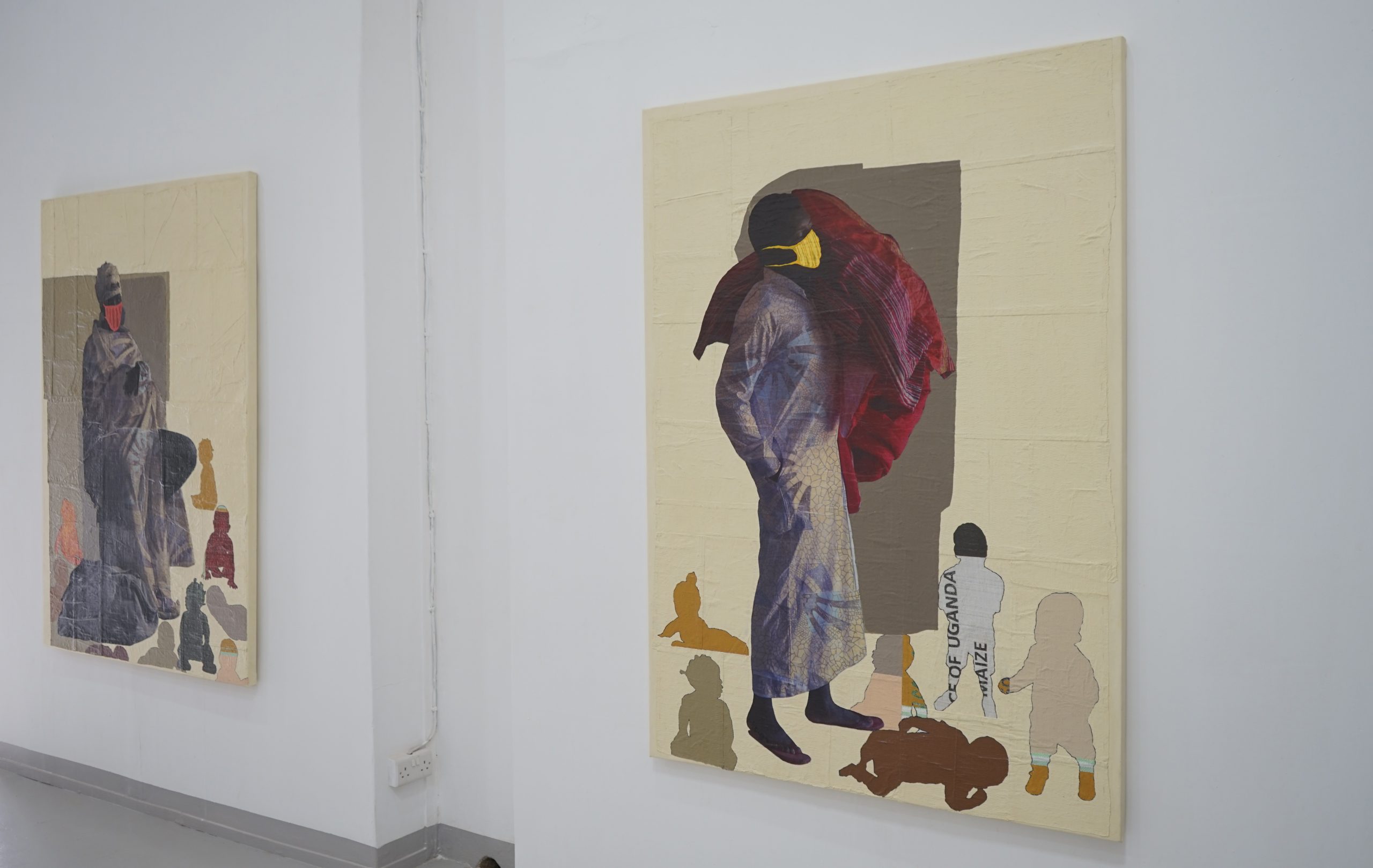 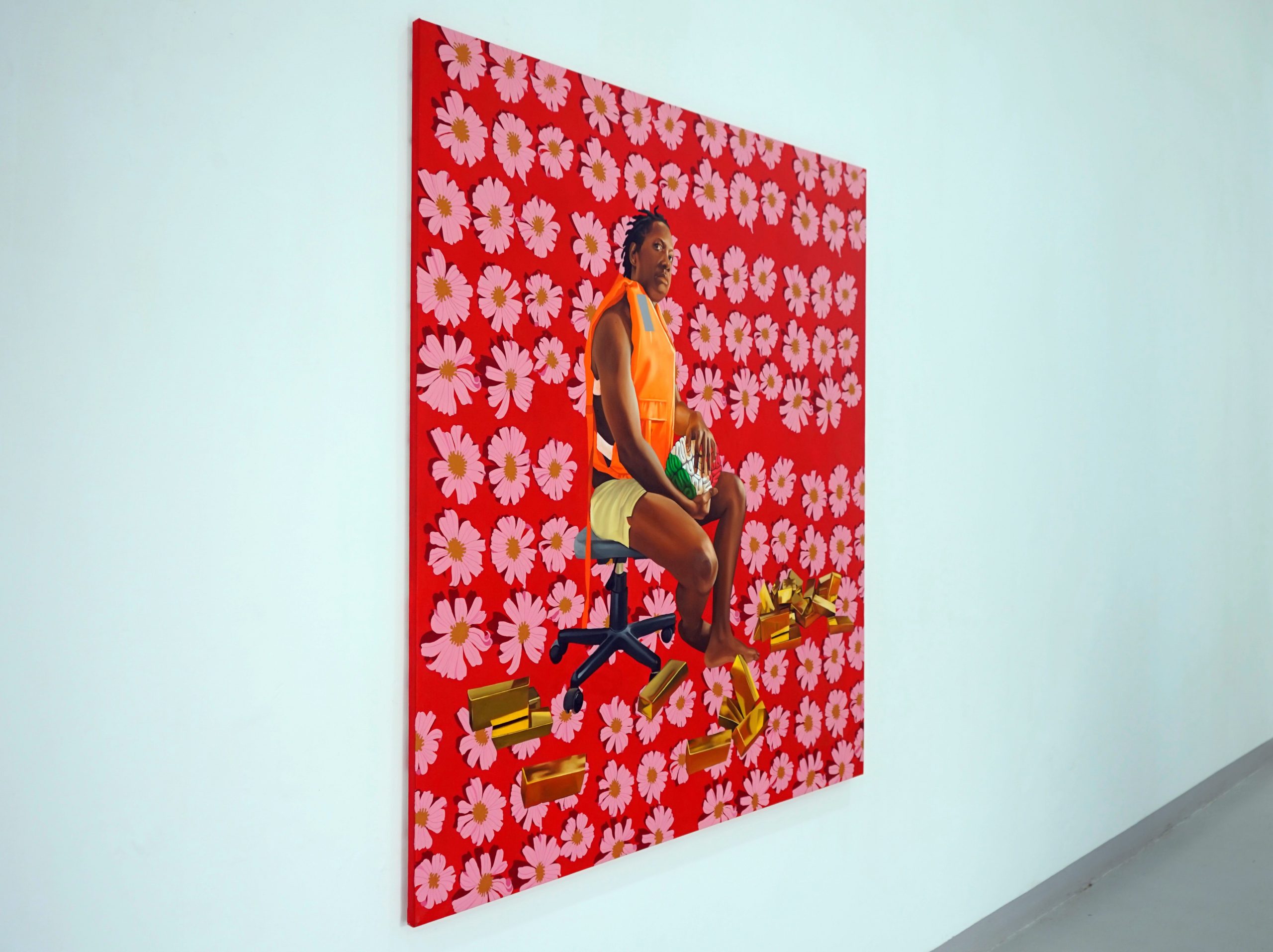 Playing To The Dark is open until the 19th of September 2020. 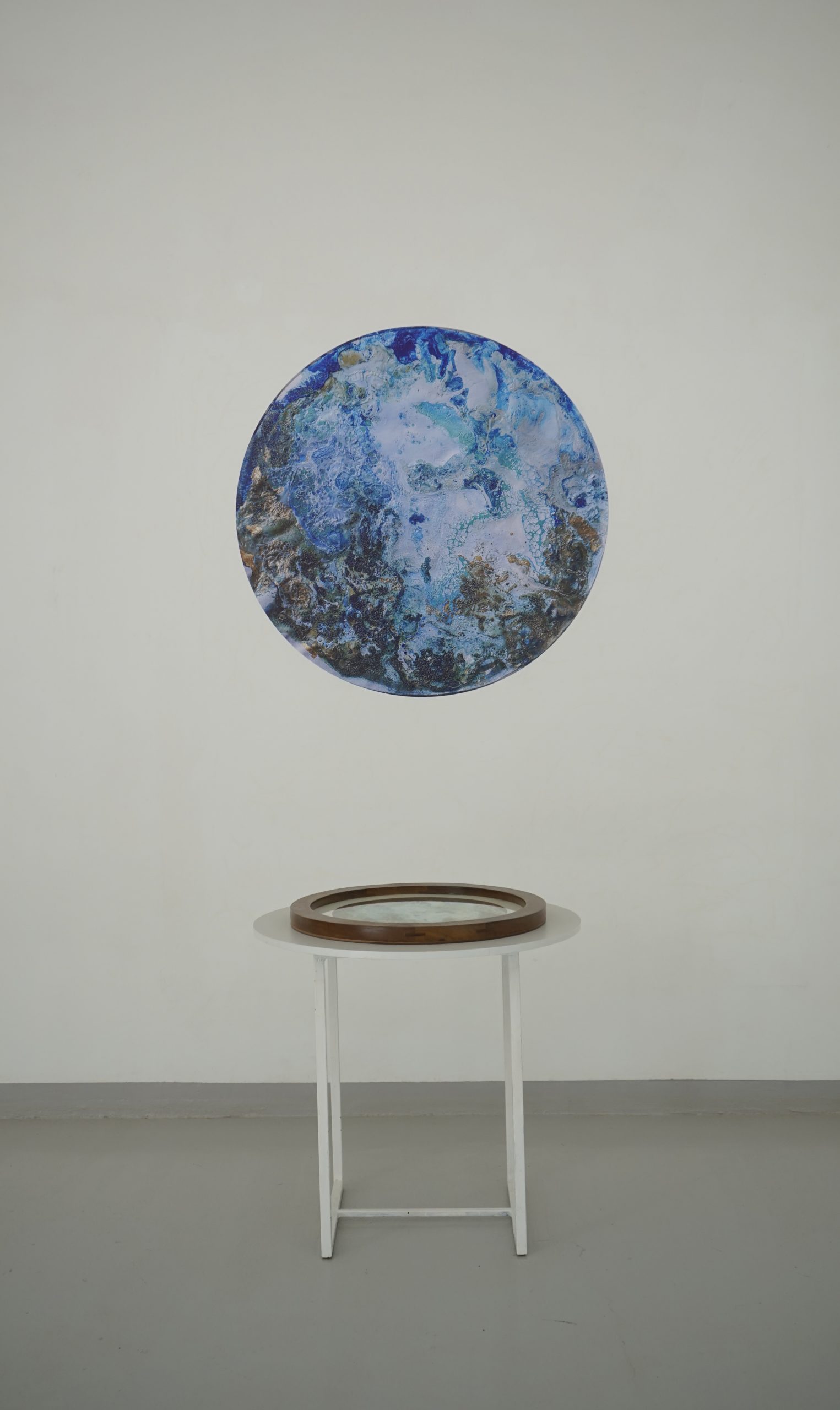 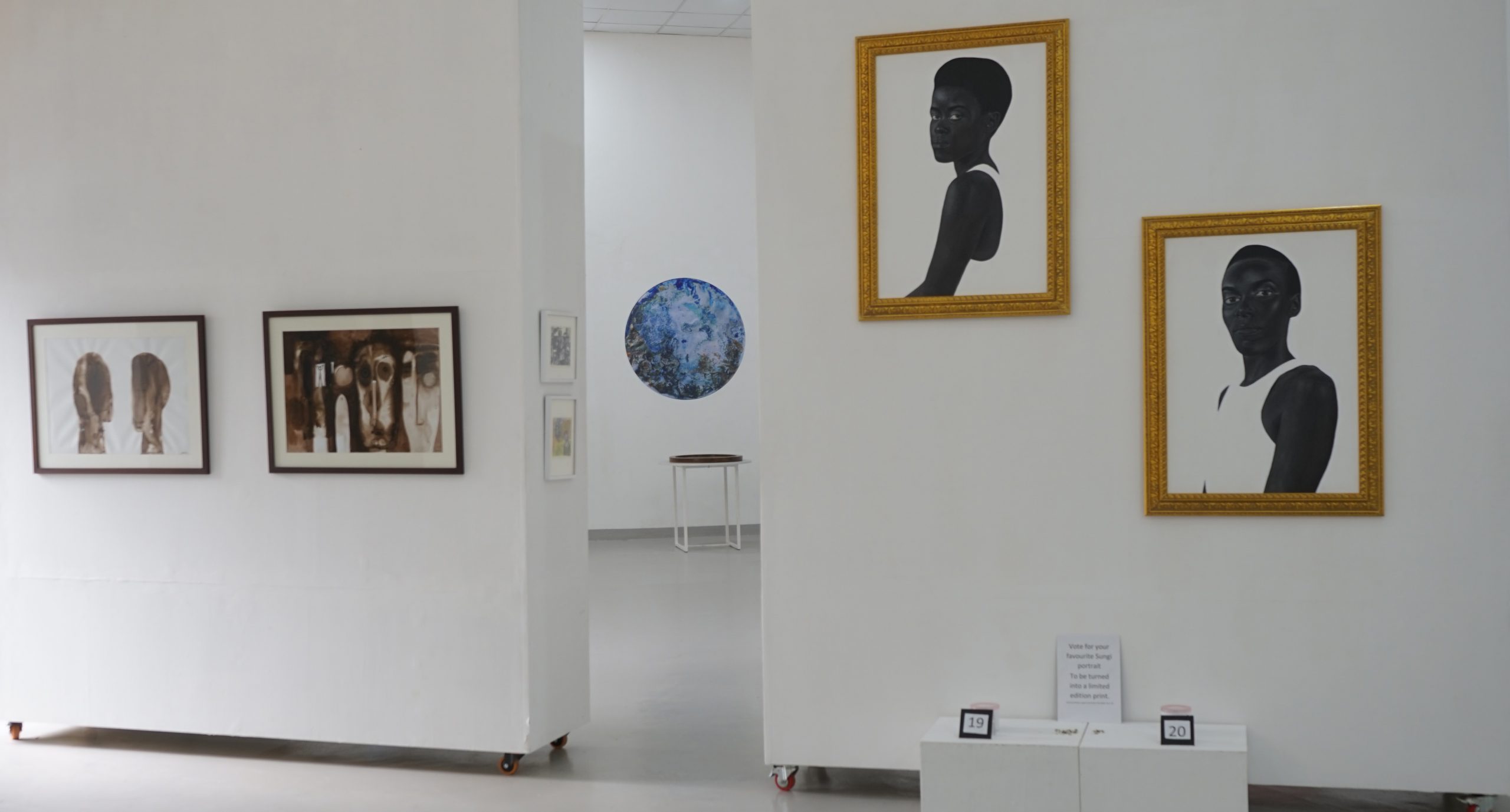